For centuries, scientists have used biology to help understand life. Many phenomena that our ancient ancestors have attributed to the gods and spirits are now easily explained with biology. This important scientific field of study has helped us better understand ourselves and the world we live in. But despite the many advances we’ve made in biology, there are still some questions that even our best and most intelligent scientists can’t answer. 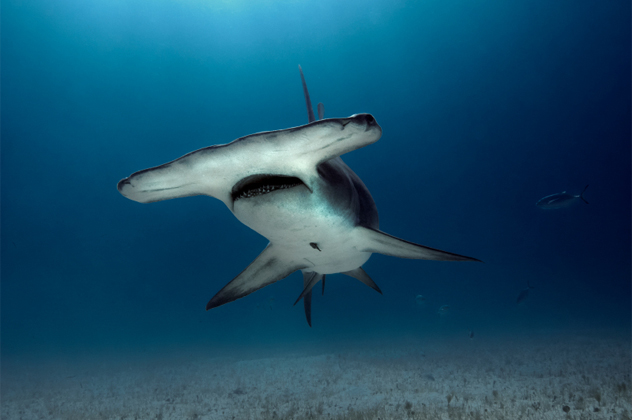 Out of all the shark species in the world, hammerhead sharks are the most mysterious. These sea creatures got their name from the unusual shape of their heads, but their heads don’t really resemble a hammer. Scientists prefer to use the term “cephalofoil” when referring to the unique shape of the shark’s head. According to David Jacoby of the Zoological Society of London, hammerhead sharks are “the youngest extant species of sharks.” While the first shark species appeared 450 million years ago, hammerheads are only 20 million years old.

Scientists have proposed several theories about the unique shape of the hammerhead shark. One of those theories suggested that the “flattened head enhances the shark’s swimming performance.” Another possible explanation is that the unique shape improves the shark’s sense of sight and smell. But perhaps the most bizarre theory scientists have postulated is that hammerhead sharks use their unique heads as a form of weapon to help them handle their prey better.

9 Why Is Kava Safe For Pacific Islanders, But Toxic For Some Westerners? 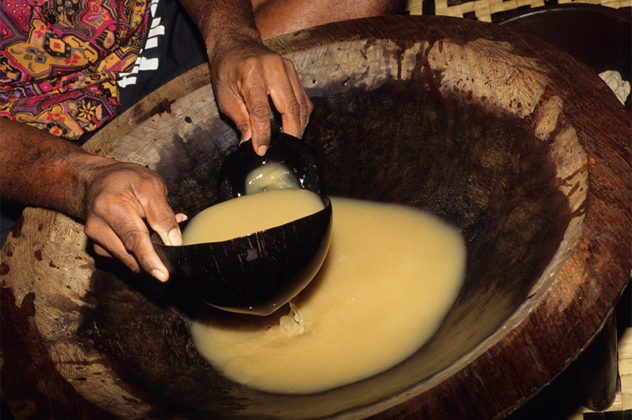 During the ’90s, kava became popular in the United States, Canada, and Europe. It was marketed by the health supplement industry as a natural treatment for sleeping problems, emotional stress, and anxiety. But in 2001, kava users reported that they experienced liver problems. Because of this, many Western countries either banned or regulated the plant-based supplement.

The inhabitants of the Pacific Islands have used kava as a ceremonial drink for many years. People who consume it say that “its effects are similar to alcohol.” Aside from using it in ceremonies, Pacific Islanders also use kava to help them relax and improve their mood and their health.

What puzzles scientists is that Pacific Islanders do not experience any toxic effects from drinking kava. They do not suffer from liver problems like Westerners. Several theories have been proposed in an effort to solve this mystery. Some theories are the genetic differences between Westerners and Pacific Islanders, the particular type of kava used, or the way the plant was prepared.

8 What Causes Putrid Finger And How Do You Cure It? 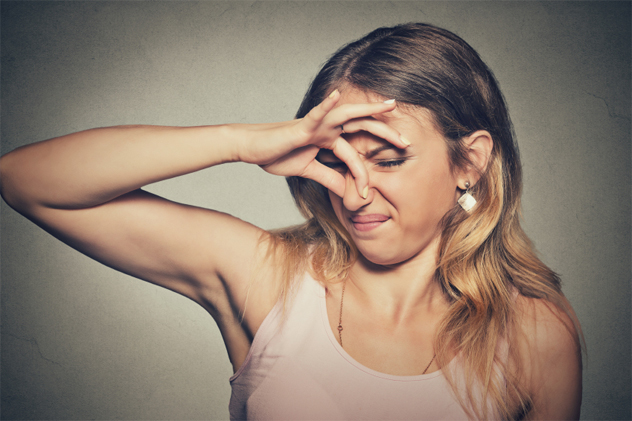 An unnamed Welsh man became the subject of an interesting—but rather ridiculous—article published in the Lancet after he accidentally cut his finger with a chicken bone. The man didn’t die, but he suffered immensely. After he got cut, his finger started to smell. The odor was so terrible that it was comparable to rotten meat, and it lasted for five years.

The incident happened in September 1991. At that time, the Welsh man was 29 years old and was making a living by dressing chickens. When the man’s wound became smelly and reddish, he went to Gwent Hospital in Newport Wales to consult with four doctors (Peter Holt, Meirion Llewely, David Kelly, and Caroline Mills). The physicians tried using different antibiotics, such as flucloxacillin, ciprofloxacin, erythromycin, and metronidazole, to get rid of the putrid smell. When that failed, they tried hand surgery, but this didn’t solve the problem, either.

Over the course of half a decade, the doctors tried almost every solution: ultraviolet light treatment, probanthene, colpermin, antibiotic withdrawal, psoralen, and more. The physicians decided to publish the strange case in theLancet with the hopes that “some physician somewhere had encountered a similar problem and could suggest a way.” After five long years of trying and failing, the putrid smell mysteriously vanished.

7 What Caused A Mountain Lion to Become Monstrously Deformed?

In late 2015, a hunter from Preston, Idaho, spotted and killed a strange-looking mountain lion. The animal had small, white whiskers and fully formed fangs onthe top of its head. The unnamed hunter spotted the mountain lion when it attacked a dog. The dog survived, but the rare cat was legally harvested by the hunter.

Scientists don’t know what caused the cat to become monstrously deformed, but they offered two solid explanations. The unusual growth on the animal’s head might be “the remains of a conjoined twin that died in the womb, but was absorbed by the surviving fetus.” It could also be a teratoma tumor. This kind of tumor is usually benign and can contain hair, teeth, toes, and fingers. Teratoma tumors don’t usually occur in animals and humans, but they do pop up from time to time, just like the baby from Maryland whose teratoma tumor contained fully formed teeth.

While the two theories offer plausible explanations about the mountain lion’s looks, the biologists who postulated them admit that “the exact cause of the [animal’s] abnormality is everyone’s guess.”

6 What Is The Purpose Of The Hymen? 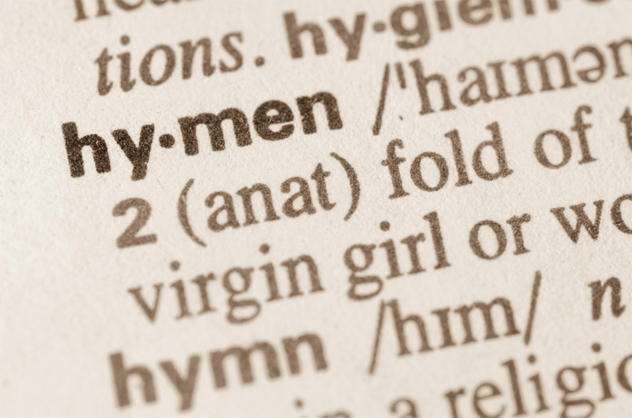 There are several theories that try to de-mystify the hymen, but evolutionary scientists are still perplexed as to its true physiological purpose. One theory suggests that “the hymen arose because it was a desirable trait, due to the common societal preference for virgin wives.” However, the problem to this reasoning is that it only applies to humans. Animals don’t really care whether the female is a virgin or not when it comes to mating and reproduction. Another theory suggests that the hymen is to protect women from vaginal infections. 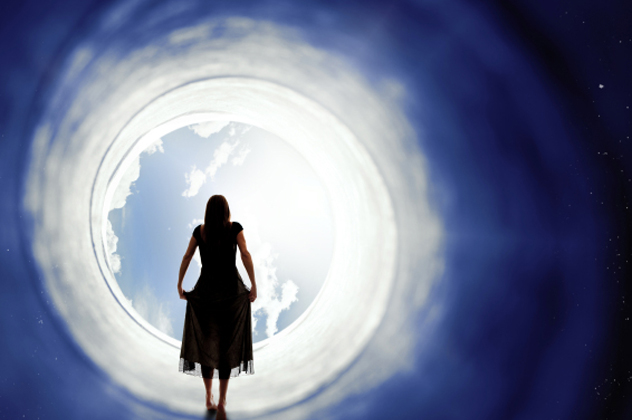 A German research scientist named Jan Souman conducted an experiment that showed that humans are incapable of walking in a straight line. Souman blindfolded his subjects and instructed them “to try to walk straight for up to an hour.” Instead of walking straight, the volunteers walked in circles. The German scientist conducted the experiment in various locations, such as the beach and the Sahara Desert, but the results were the same.

Souman then tried another experiment, and this time there were no blindfolds. The results were different and a bit surprising. If it was cloudy out, the subjects walked in circles. When the weather was good and sunny, only one of the subjects was able to walk relatively straight.

So why does this phenomenon exist? Scientists don’t really have an explanation, and Jan Souman is still working on a multi-causal theory.

4 Why Do Humans Have Pubic Hair? 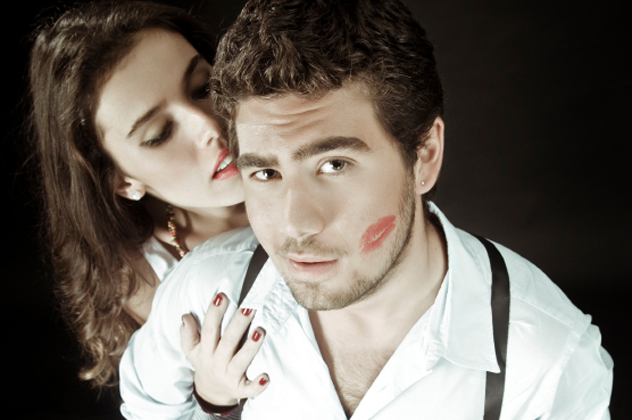 Have you ever wondered why we have hair in our genital areas? Society says it is unappealing and that we should get rid of the hair, but it does have a purpose. Unfortunately, scientists don’t exactly know what this supposed purpose is. Many theories have been proposed to explain the hair’s function, but there’s really no clear answer.

One theory suggests that pubic hair releases pheromones—bodily scents that others might find sexually stimulating. Some people are capable of consciously smelling the presence of pheromones. For others, detection of the scent and sexual stimulation happens at a more subconscious level. If this theory is correct then we should stop shaving our pubic hair, being that it can decrease or even eliminate our sexual attractiveness.

Another theory suggests that genital hair protects the reproductive organs, especially the vagina, from dirt and particles. However, there’s one problem to this theory: It only applies to women. If it is applied to men then there should also be pubic hair protecting the urethra.

3 Why Do Humans Love Music? 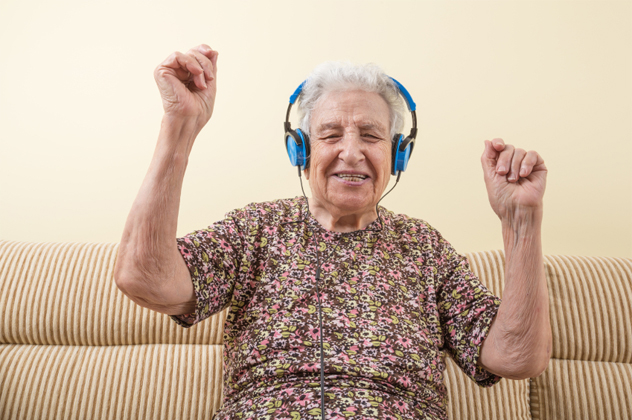 Music gives color and flavor to life, and without it, the world would be a boring, lifeless place. Scientists are trying to figure out the exact reason why humans have a natural inclination and affection for music.

The brain does not really have a “music center,” or if such a faculty does exist, scientists have not yet discovered it. Just like memory and learning, processing or appreciating music is a higher-order process that involves several areas of the brain. According to one study, the right temporal lobe is activated when a person focuses on the harmony of a song. This particular region of the brain also works closely with the frontal lobe to form “meaningful musical syntax (or structure).”

In another study conducted by McGill College in 2001, researchers discovered that the brain’s area activated when people heard songs that induced goosebumps. These were the same regions that activated for other pleasurable activities, like drugs and sex. Scientists deduce that since the stimulation produced by music is comparable to a few other survival mechanisms, such as sex and good food, then having the ability to appreciate or play music might have given humanity some evolutionary advantage.

2 Why Have Ultraconserved Elements Remained Unchanged For Millions Of Years? 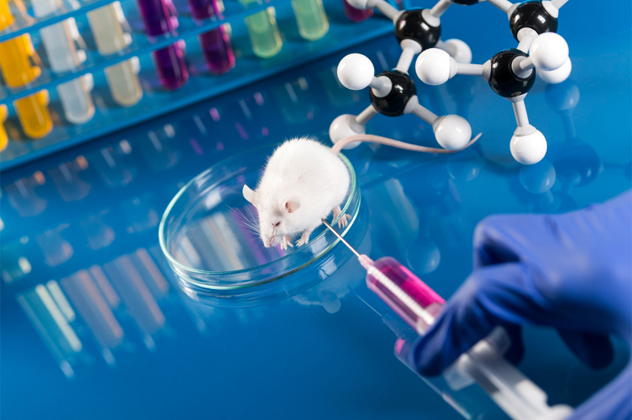 A genetics professor and her team at Harvard Medical School are working hard to solve a biological mystery that could potentially prevent cancer and other illnesses. Professor Ting Wu wants to discover the reason why hundreds of small segments of the human genome have remained unchanged for more than 300 million years. This phenomenon does not only occur in humans—it also shows up in other animal species, such as rats, dogs, cows, and horses.

Known as ultraconserved elements (UCEs), these stable chunks of DNA are believed to have remained unchanged for millions of years because they carry out life-sustaining functions. Several studies show that UCEs don’t seem to have any purpose. They don’t even play a role in protein production, like most other DNA strands.

In one experiment, scientists removed the UCEs of mice. If UCEs do indeed carry out life-sustaining functions, then the mice should have died, but they were completely healthy after the experiment. Wu proposed a theory of her own called the surveillance hypothesis. She believes that UCEs act as “surveillants” scanning individual cells for errors. If there are many errors, then the affected cell is commanded to exterminate itself or “somehow be killed off.” Wu admits that her explanation is not conclusive, and UCEs remain a biological mystery. 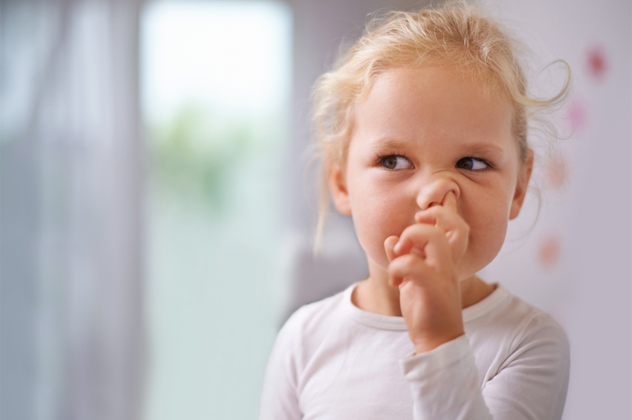 Have you ever wondered why we pick our nose? Probably not, because there are far more important things in life to worry about than this disgusting behavior. Surprisingly, there are several scientists who are intrigued about nose-picking and are working hard to discover the reason as to why we do it. Though it is considered taboo, almost all of Earth’s population, whether in public or in private, is picking their nose.

Nose-picking is seen as a hygienic but disgusting act of removing nasal debris. This might seem like an excellent explanation as to why humans do it, but one study in 2006 showed that nose-picking could potentially cause harm. People who pick their noses are more likely to become carriers of a certain nasty bacteriacalled Staphylococcus aureus than their non-picker counterparts. In other words, picking your nose can make you a spreader of bacterial infections. For some, nose-picking has becoming an unhealthy and harmful behavior. A 53-year-old woman carved a hole into her sinus and nasal septum (the cartilage and bone that separates the nostrils) as a result of chronic nose-picking.

So why do humans still continue to pick if it’s more harmful than helpful? Scientists still don’t have an answer. Perhaps, as trivial and disgusting as it is, this behavior is destined to remain an eternal biological mystery.

2 replies on “10 Biological Mysteries That Continue To Baffle Scientists”

Science can explain these, but sometimes the scientific community can’t be bothered to answer questions that aren’t intellectually or commercially rewarding.

7 – There is also the possibility of mercury poisoning in the parent which can cause deformed offspring.