10 Common Sayings That Mean The Opposite Of What You Think

The purpose of proverbs is to teach people wisdom and help them understand the insights of the wise. Some proverbs are indeed worth abiding by, while others . . . not so much. Many proverbs actually have an opposite proverb, making it hard to choose the one that actually speaks the truth. Still other proverbs are commonly misused and carry a different meaning today than originally intended. 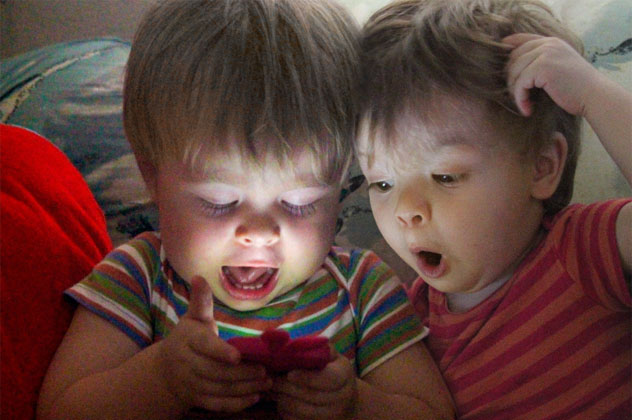 The phrase “curiosity killed the cat” serves as a warning to those who are too curious for their own good. However, the proverb we know today actually originated from “care killed the cat,” with the word “care” meaning “worry” or “sorrow.” The proverb was first recorded in Ben Johnson’s play Every Man in His Humour in 1598. It is believed that the play was performed by a troupe of actors that included William Shakespeare.

Later, without any scruples, Shakespeare used the memorable line in his own play Much Ado About Nothing: “What, courage man! what though care killed a cat, thou hast mettle enough in thee to kill care.”

In 1898, the original expression of “care killed the cat” was still in use when it was defined in Brewer’s Dictionary of Phrase and Fable: “It is said that ‘a cat has nine lives,’ yet care would wear them all out.” However, in that same year, the phrase was printed as “it is said that once ‘curiosity killed a Thomas cat’ ” in The Galveston Daily News. By the time it appeared in Eugene O’Neill’s play Diff’rent in 1922, the phrase had morphed into the one we so often use today.

9 Blood Is Thicker Than Water 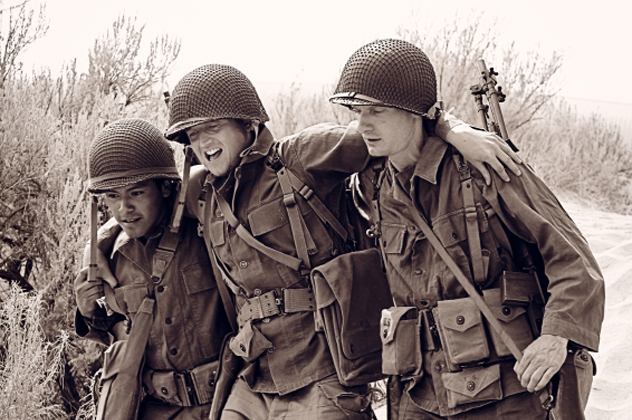 Actually: The blood of the covenant is thicker than the water of the womb.

“Blood is thicker than water” is often used to imply that family ties are more important than duty to anything else. Today, we often use the phrase to remind one another that family bonds are far more significant than temporary relationships with friends. This is not at all what the phrase originally meant.

The original version stated, “the blood of the covenant is thicker than the water of the womb,” meaning that the bond between comrades is stronger than your family allegiance. Back in the day, the word blood was taken quite literally and was referring to the blood that was shed by soldiers on the battlefield. “Blood is thicker than water” was also used in reference to blood covenants that people used to make by sharing the blood of an animal or even by cutting one another and mixing their blood together. Once the covenant was made, it bonded them for life and meant that they were committed to one another more than they were committed to their own brothers.

8 Jack Of All Trades, Master Of None 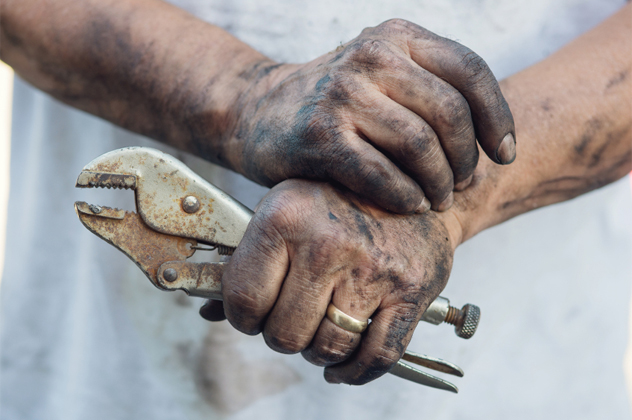 Actually: Jack of all trades.

Today, the proverb “Jack of all trades, master of none” is used in a derogatory fashion. Originally, the phrase was simply “Jack of all trades” and carried no negative connotations with it. In fact, it simply meant a person who could do a lot of things.

The name “Jack” doesn’t refer to any specific person and is a generic term used to describe the common man. Medieval “Jacks” were at the bottom of the social ladder and made a living through various trades that were populated by Jacks, such as lumberjacks and steeplejacks. In addition, the name “Jack” was also added to many useful objects such as smoke-jack (a roasting pit) or jack-plane (a basic carpenter’s plane). In the Middle Ages, there probably wasn’t a single trade that didn’t use a Jack of some sort.

It was in 1612 that the phrase “Jack of all trades” officially entered the language, when Geffray Minshull wrote of his prison experience in Essayes And Characters of a Prison and Prisoners. The additional part of the phrase, “master of none,” was only added in the late 18th century. In 1785, it appeared exactly as we use it now in Charles Lucas’s pamphlet Pharmacomastix, which detailed abuses common in the apothecary’s trade.

7 The Devil Is In The Details 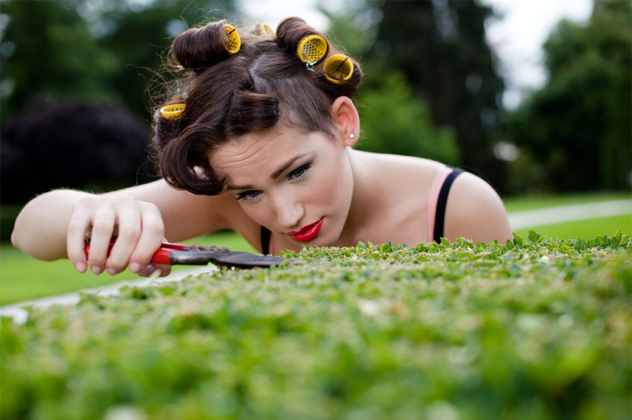 Actually: God is in the detail.

Today’s version warns of mistakes to be made in the small details of a project. However, an older version of the proverb is “God is in the details.” It means that attention paid to small things will bring significant rewards.

It is unclear who first invented and used the phrase “God is in the details.” The proverb is attributed to many influential figures, including Michelangelo. However, the figure to whom the phrase is most commonly attributed is the German-born architect Ludwig Mies van der Rohe. While it is most likely that the phrase did not originate from him, it was nevertheless referred to in his 1969New York Times obituary. The phrase was also commonly used by the art historian Aby Warbug, although his biographer was also hesitant to pin the phrase to him. An even earlier version of the proverb, “the good God is in the detail,” is usually attributed to the influential French novelist Gustave Flaubert. InBartlett’s Familiar Quotations, the source of the saying is simply listed as “anonymous.” 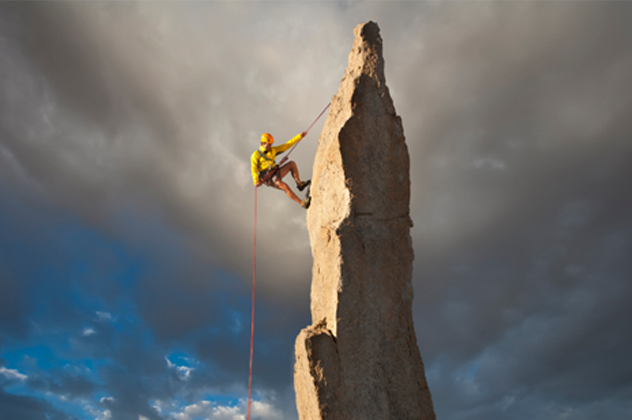 This Latin phrase is often translated as “seize the day” in English, and it’s used to justify spontaneous behavior in order to make the most of that day. This, however, is not entirely true. The phrase we think we know so well is actually much longer: “carpe diem, quam minimum credula postero,” which means “pluck the day, trusting as little as possible in the future.” Thus, the actual phrase does not encourage us to ignore the future, but rather advises us to do as much as we can now for the future.

The phrase first appeared in Roman poet Horace’s Odes Book I, which used agricultural metaphors to urge people to embrace the day. Horace was a follower of Epicureanism, a philosophy taught by Epicurus. It was based on the idea that pleasure is the most important thing in life and is attained through simple living. The phrase “carpe diem” was used by Lord Byron in 1817 and was later popularized by the movie The Dead Poets Society. Today, the original meaning of the phrase is long forgotten and encourages people to grab opportunities and live life to the fullest . . . with no regard to the future.

5 Children Should Be Seen And Not Heard 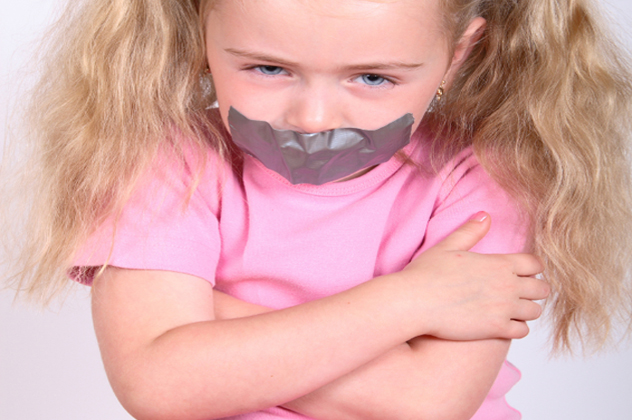 Actually: A maid should be seen, but not heard.

The saying “Hyt ys old Englysch sawe: A mayde schuld be seen, but not herd” was first recorded in a 15th-century collection of sermons that were written by an Augustinian clergyman, John Mirk. A “sawe” was a medieval term for a saying or a proverb.

To better understand why exactly it is that we say children instead of maiden today, we need to look at the word “mayde” and its meaning. Today, we associate the word maiden with a young, unmarried woman. But, back in the day, it could have been any woman in any context, and could have also meant children. Interestingly enough, it could have also referred to celibate men. 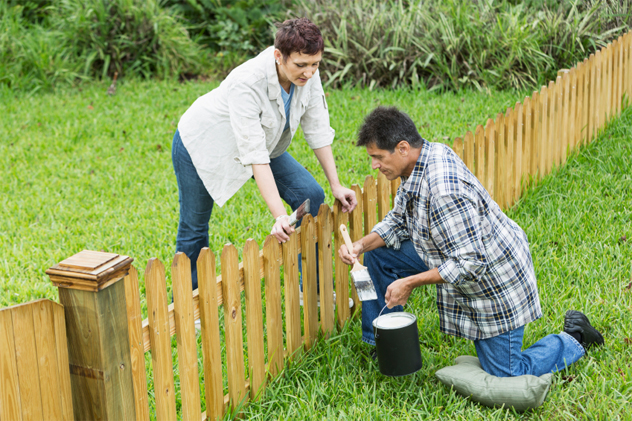 The often-used proverb “mend fences” was originally influenced by the earlier proverb “good fences make good neighbors.” The latter had been listed by Oxford Dictionary of Quotations as a mid-17th century proverb. “Good fences make good neighbors” initially meant that neighbors respected one another’s property by building fences, which reduced the possibility of disputes over adjoining land. The proverb was later popularized by Robert Frost in his 1914 poem “Mending Walls.”

The shortened version is most commonly attributed to the American senator John Sherman. In 1879, he returned home to Mansfield, Ohio, and made a speech in which he included the phrase, “I have come home to look after my fences.” Whether Sherman did indeed return home to solely look after his fences or not didn’t really matter. Most people interpreted the phrase as a way of implying that he had returned home for political reasons, most specifically to acquire support in the upcoming elections. Shortly after, the phrase “mending fences” had come to mean looking after your interests. However, in the 20th century, the phrase came to mean the rebuilding of previously good relationships.

3 Money Is The Root Of All Evil 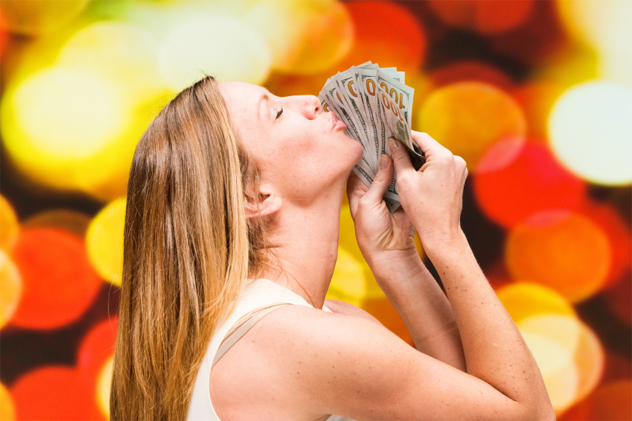 Actually: The love of money is the root of all evil.

Wealth is morally neutral, and there’s nothing wrong with money or the possession of money. It is only when money begins to control us that we should, according to the Bible, become concerned.

2 The Truth Shall Set You Free 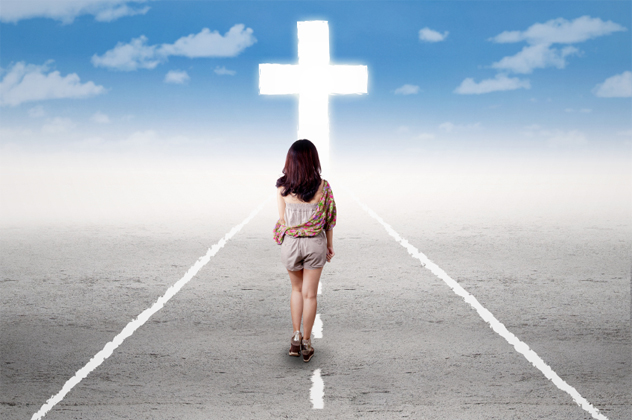 Actually: Same text, but with a different meaning.

Today, this phrase is often used to encourage people to reveal the truth, presumably after they lied, in order to feel better. It comes from the Bible, and different variations do exist, depending on the translation. It is a popular phrase and is used by many, regardless of whether or not they have read the Bible.

However, the original context of the phrase had very little to do with lying at all. In fact, the phrase is actually the end of a longer statement. Initially, the “truth” was meant to represent Christianity, God, or Jesus, and the “freedom” referred to any impediments, such as sin or ignorance. Thus, “the truth will set you free” originally meant that if you become a Christian, the truth (Jesus), will set you free from the slavery of sin.

1 Speak Of The Devil 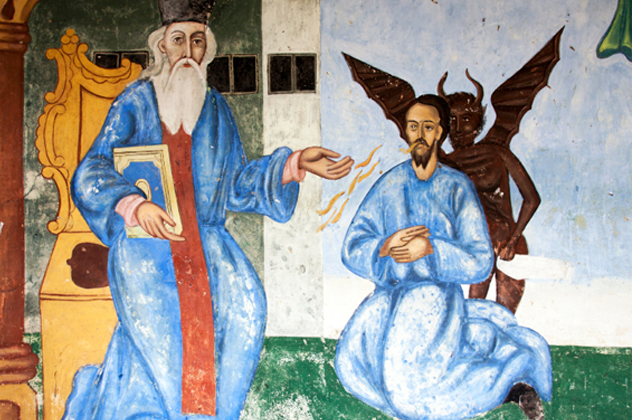 Actually: Speak of the devil and he will appear.

Today, the saying “speak of the devil” is used as a way of acknowledging the coincidence of a person arriving at the exact time they were being talked about by others. Nothing sinister is implied by the phrase, and the word “devil” is simply used as a term of expression. However, prior to the 20th century, the original proverb carried a slightly more ominous meaning.

The original phrase, “speak of the devil and he will appear,” was seen in various Latin and Old English texts from the 16th century. It was first recorded by Giovanni Torriano in Piazza Universale in 1666 as, “The English say, Talk of the Devil, and he’s presently at your elbow.” The proverb was well known by the mid-17th century and expressed the belief that it was dangerous to talk about or mention the devil by name. While most people did not express their belief that the pure mention of the devil’s name itself would cause him to appear, his reference was still thought to be unlucky and best to be avoided.

It was around the 19th century that the original meaning of the phrase began to wane. Instead, it began to serve as a warning against eavesdropping.

Work will set you free.