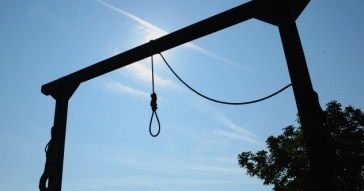 Some of the seemingly innocent phrases that we utter today have disturbing historical backstories. A cakewalk was a dance performed by slaves for their masters, blockbusters were big bombs created during World War II, and deadlines were literal lines drawn during the US Civil War to discourage prisoners from escaping. 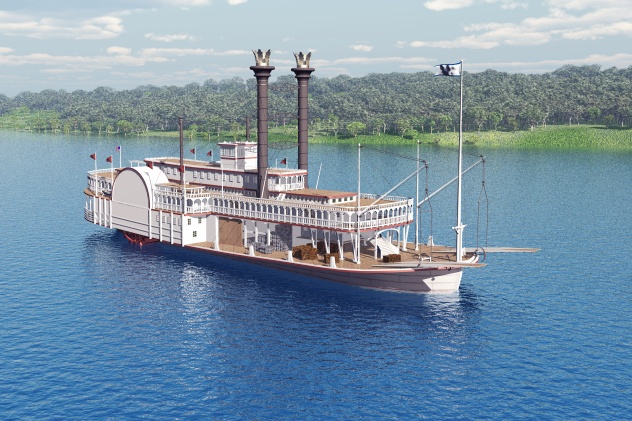 Today, a person who is “sold down the river” is someone who has been cheated or betrayed. The phrase has its roots in slave trade–era Mississippi. Back then, slaves in the northern part of the United States were treated comparatively better than those in the South. If any group of slaves in the North proved difficult to handle, they were rounded up and put up for sale in Louisville, Kentucky. From there, they were transported via the Mississippi River to the South and sold to plantations to meet the rising demand for slaves needed to work in the blooming cotton industry.

Slaves sold down the river were consequently separated from their families and subjected to hard labor in harsher conditions. Slaves viewed it as a death sentence and preferred suicide to being sold. According to an eyewitness account, a slave sold down the river committed suicide by drowning after his earlier attempts to do so by cutting his legs and throat were unsuccessful. 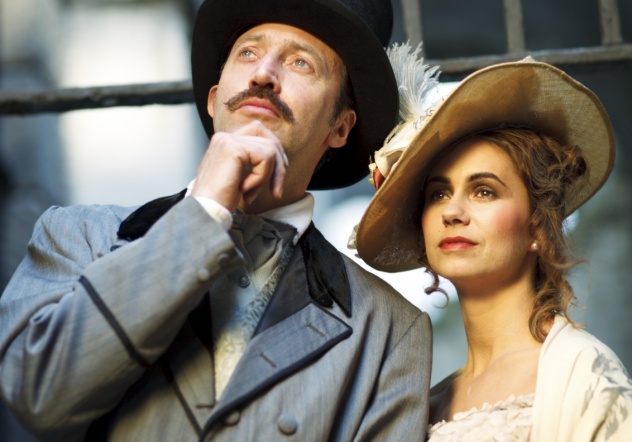 A “smart aleck” (or “smart alec”) is a person who, to the irritation of everyone around, acts like they know everything. The phrase was inspired by a 19th-century man named Alec Hoag. Hoag and his wife, Melinda, were robbers in New York City. They developed a con that involved Melinda posing as a prostitute and luring innocent customers into a dark alley. While making out with the unsuspecting victims, she’d slyly steal valuables from their pockets and hand them to Hoag, who was hiding nearby. The duo, knowing that some of their victims would report to the authorities, struck a deal with several police officers to split the valuables with them.

Hoag stopped giving the police officers their share after he ran into some financial troubles. To avoid suspicion, he came up with the “panel game.” In this new scheme, Melinda would instead lead the victims to their apartment, where she would have them take off their clothes and give a subtle signal. Alec would emerge and secretly take the valuables from the clothes before leaving through an exit. Then, to the horror of the victim, Hoag would knock on the door. Melinda would tell the victim that it was her husband, who’d returned from a trip earlier than expected. The victim would quickly pick up their clothes and escape through the window.

The police soon discovered the couple’s new scheme and subsequently arrested and jailed them. The nickname “Smart Alec” was given to him by police officers mocking him for trying to outsmart them, and it soon became widely used in the decades that followed. 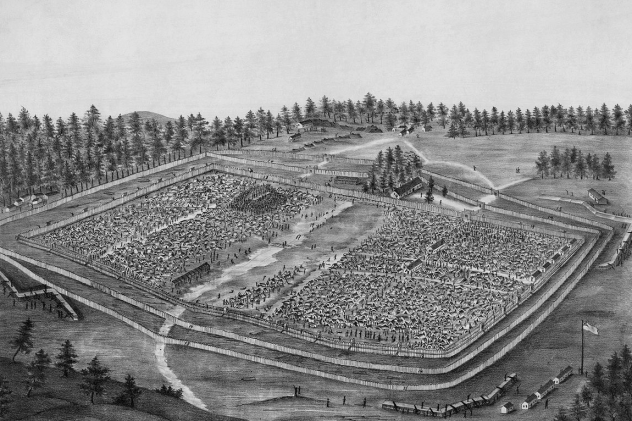 The phrase “meet a deadline” dates back to US Civil War. One of the first recorded uses of the phrase was at the Confederate prison at Andersonville. To keep the prisoners from escaping, a line was drawn 6 meters (20 ft) from the heavily fortified walls of the prison. An order given to the prison guards stating that any prisoner who came near the line or attempted to cross it should be immediately shot dead, hence the nickname “dead-line.”

Unfortunately, the guards used the order as an excuse to execute prisoners at will. An eyewitness confirmed that prisoners were killed on a daily basis by the guards, who claimed that their victims tried to cross the line even though they were well within it. According to etymologists, many other war prisons at that time had their own dead-line.

By the 20th century, various meanings for the word began to appear. At one point, it was a printing terminology. Later, it was used to define the age limit of church ministers, who were expected to retire at age 50. Over time, its meaning changed to imply a stipulated time by which a deed must be performed. 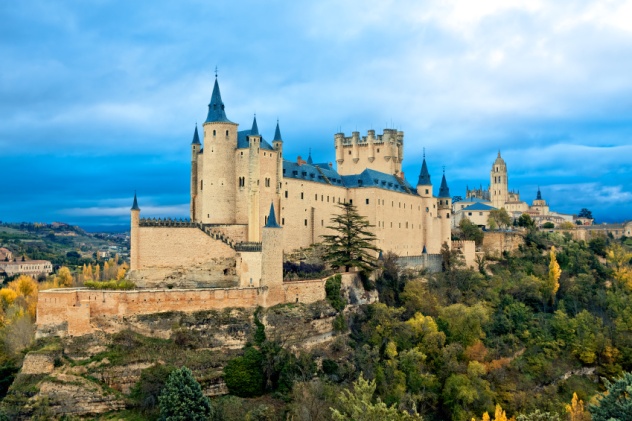 To be a “blue blood” is to be of noble birth. The phrase is also used to describe anyone born into a wealthy or influential family. “Blue blood,” which is the literal translation of the Spanish phrase sangre azul, has its dark origin in medieval Spain. During the rule of Ferdinand of Aragon and Isabella of Castile, the Moorish and Jewish people in Spain were given an ultimatum to convert to Christianity or leave. All who stayed had to convert to Christianity to be accepted as citizens of the country.

By they early 19th century, members of oldest and most powerful royal family, which had refused to interbreed with these other races, began to claim that their blood was pure and blue. The ostensible reason for their prejudiced logic was that since they were fairer than the Moors and Jews, who were mostly peasants who worked under the Sun, their visible veins had a hue of blue. The phrase soon spread to Britain, where it became popular.

Today, a “blockbuster” is a movie, book, or piece of music that is widely accepted and commercially successful. The origin of the phrase dates back to 1942, during World War II. A blockbuster was a huge aerial bomb. It weighed up to 1,800 kilograms (4,000 lb) and could destroy a city block. One of the first written references of the word was in the September 29, 1942, issue of Time, narrated the testing of several blockbusters.

After the war, the phrase became a real estate term. It was used to refer to a real estate agent who sold a house to a minority family in an all-white community. Once he sold the house to the minority family, usually blacks, the city block had been “busted.” Consequently, most of the white neighbors would put up their houses for sale at a very low price. These houses were eventually sold to other minority families. Over time, the meaning of the phrase evolved to its current meaning. 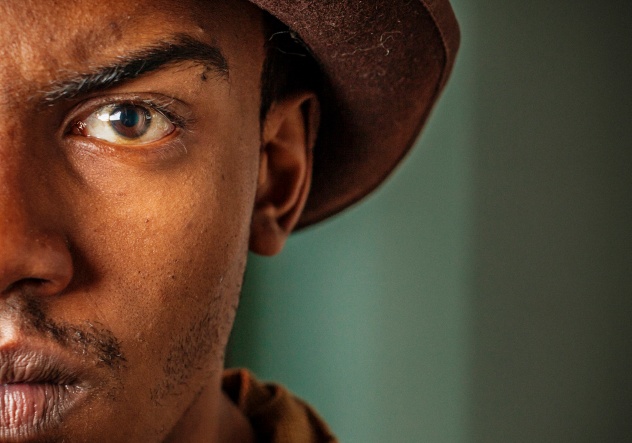 To “call a spade a spade” means to tell something as it is. The phrase has a surprisingly innocent origin: It once meant to give an honest opinion about a situation. The phrase originated in ancient Greece and has been credited to various historical figures, such as Aristophanes and Menander. Although the phrase was widely used throughout history in various forms by different writers, there was no racist tone to its meaning.

The meaning of the phrase took a dark turn in the late 1920s. This was attributed to a novel called Home to Harlem, written by Claude McKay in 1928. The book featured a line in which a black character was referred to as a “fool spade.” Subsequently, fellow writer Wallace Thurman followed Mckay’s example by naming the black characters in his novel “spades.” The phrase “black as a spade” also helped to further the racist use of the term. Over the years, black activists have tried to reclaim the phrase by applying it instead as a compliment to help erase its ugly past. 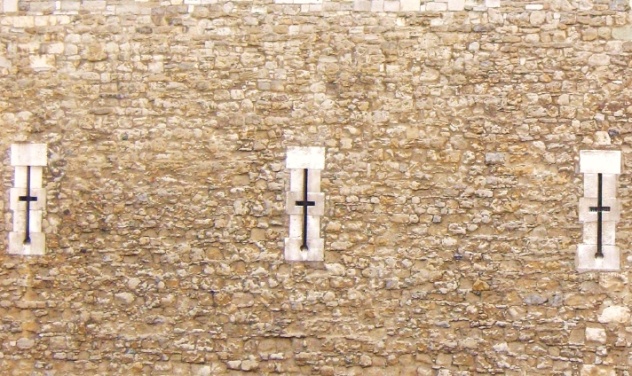 “Loopholes” are gaps in a set of rules or laws that can be exploited to avoid consequences. The phrase originated in medieval Europe. Back then, castles were prone to attacks by enemies. To keep themselves safe, the powerful owners had their castles built with vertical arrow slits known as loopholes. These loopholes enabled guards in the castle to strike down enemies with little exposure to danger. Although loopholes were narrow on the outside, they were much wider on the inside, enabling archers to strike from different angles. Their length varied from 1 to 3 meters (3–9 ft). A loophole also served as a source for letting light into the castle.

With the invention of the crossbow in the 12th century, horizontal slits were added to the loopholes to enable accuracy and efficiency. The loopholes were built in the form of crosses and were known as crosslets. Over time, the literal meaning of the word was eventually replaced with its metaphoric definition.

Punch and Judy, a puppet show, began to appear in Britain around the 17th century. The show, which was inspired by an Italian character called Polichinello, starred the sadistic hunchback Mr. Punch and his wife, Judy. The revolving plot of the show centered on how Punch kills his infant child and his wife before he is arrested and thrown in jail. With the use of a golden key, he escapes from jail and murders a host of others, including Death and the Devil. The show was very popular in Britain and drew large crowd of adults and children.

While engaging in his spree, Punch was known to delightfully utter his catchphrase, “That’s the way to do it!” The disturbing pleasure that Punch derived from the killing was what lead to use of the phrase “pleased as Punch” to describe anyone who is very delighted about something. The phrase, as used today, became popular at the beginning of the 19th century. 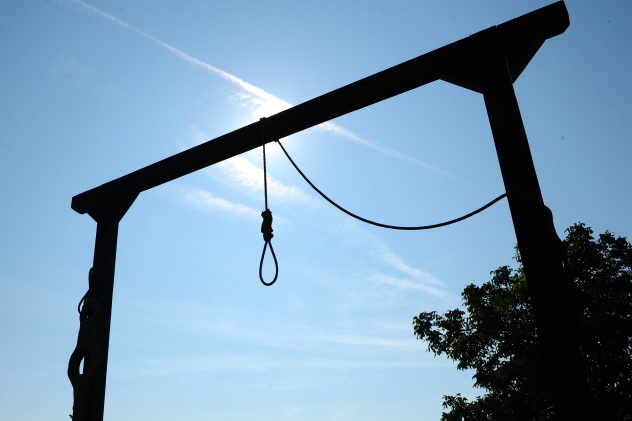 Anyone whose commitment to a belief is difficult to change is referred to as a “diehard.” William Inglis, commander of the British 57th Regiment of Foot, is often credited as the first man to use the phrase. He reportedly ordered his men to die hard during a battle in the Peninsula War in 1811. This earned his regiment the nickname the “Die-hards.” Although Inglis made the phrase popular, the first documented use of it use was in a 1703 publication that discussed condemned men approaching toward death.

The text was written in Tyburn in London, where frequent public hangings took place until 1783. Back then, the drop method of hanging was not in use, so some men paid people to pull their legs to hasten their death. Men who would rather go through the lengthy and slow death process were referred to as the die-hards. In the 20th century, the meaning of the phrase evolved into it current definition after some members of the Conservative Party in Britain named themselves the “die-hards.” 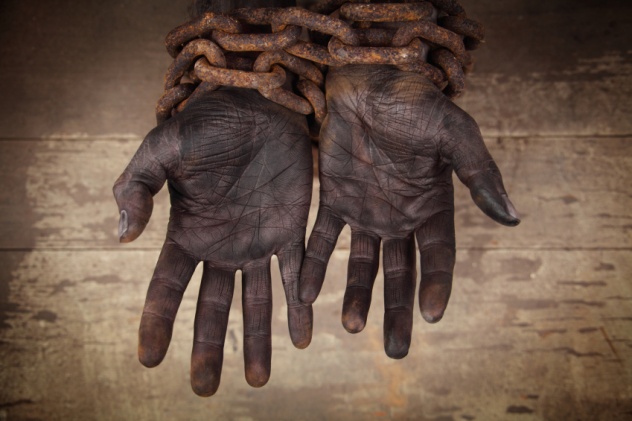 When you’re told that some task is no “cakewalk,” you’ve been warned of the huge difficulty or obstacle that you might face engaging in it. The origin of this phrase is not as cheerful as it sounds. A cakewalk was a dance performed by slaves on plantations in the southern United States. The dance was done in mockery of their white owners. The owners, who knew nothing about the dance’s backstory, took delight in it and had slaves perform it for them during weekend contests while they served as the judges. The winner is rewarded with a piece of cake, and the phrase “piece of cake” also comes from the dance.

After slavery came to an end, cakewalks became popular for another wrong reason. It was performed by white actors who painted their faces black and portrayed the slaves as people attempting to sincerely emulate white culture but failing hilariously. It eventually became the foundation of famous ragtime songs. Over time, the phrase remained while the gruesome story behind it faded. If any phrase origin takes the cake for being disturbing, this one does.

One reply on “10 Dark Ancient Origins Of Everyday Phrases”