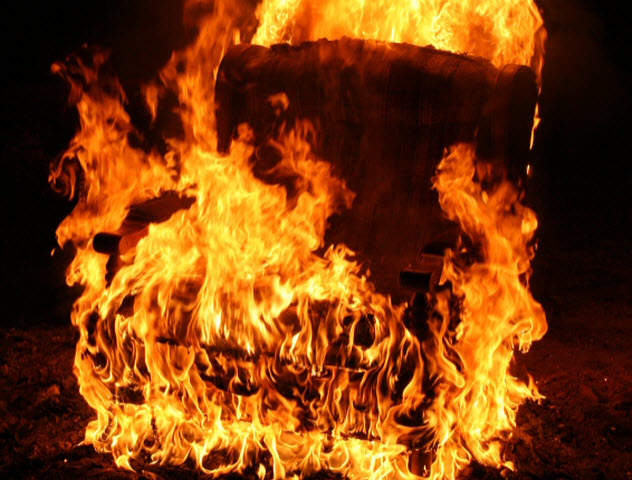 They say that imitation is the sincerest form of flattery, but flattery does not reflect intelligence. The following individuals learned that the hard way.

Most of us have seen or heard of the short-lived MTV show Jackass, which starred Johnny Knoxville and his gang of stooges. Although the show featured disclaimers that urged viewers not to mimic the program’s dangerous stunts, that did not deter the dim-witted.

10.  Drugs, Alcohol, And A Bulletproof Vest

In July 2014, 30-year-old Mark Ramiro and his friend of 15 years, Darnell Mitchell, were on an all-night binge of drugs and alcohol when the duo began daring one another. Mitchell was dared to lick a toilet, which he did. Afterward, he decided to up the ante by taking a bullet to the chest while wearing a bulletproof vest.

The duo’s intention was to create a Jackass-style video that would bring them fame and fortune. As the camera began to roll, Mitchell instructed Ramiro to shoot him in the chest. But Ramiro’s aim was a little high, and he shot Mitchell once in the upper chest.

Although he was rushed to the hospital by Ramiro and a few other friends, Mitchell was pronounced dead after medical staff attempted to revive him. Ramiro stayed at the hospital and waited for authorities to take him into custody. He pled guilty to second-degree murder and was sentenced to four years in prison.

9.  A Pickup Truck And A Burning Chair

In November 2002, 18-year-old Adam Ports and three friends decided to create and record their own stunt. The four teenagers, all students at Tiffin University in Ohio, hopped into a pickup truck and headed out into the country.

There, the teens took an old chair and set it on fire. Then they threw the chair off the bed of the moving truck. In the chaos of filming their exploits, Ports lost his balance and fell out of the bed of the pickup. He was taken to a hospital and died the following day of head injuries sustained in the accident.

In a report, Seneca County’s Sergeant Brian Hescht decried the teenagers’ attempt to create a stunt that was similar to what they had seen on the TV showJackass.

Marnie Malter, a spokesperson from the MTV/Paramount network, disagreed with Hescht’s claims. She stated, “The police report that was filed makes it clear that this incident has no connection to any stunts performed on the Jackasstelevision show or film.”

Johnny Knoxville expressed his condolences to the Ports family while also stating, “We have warnings at the beginning and the end. In every interview I have ever given, I have stressed: ‘Don’t try this at home.’ We steer away from stunts that are easily imitable.” 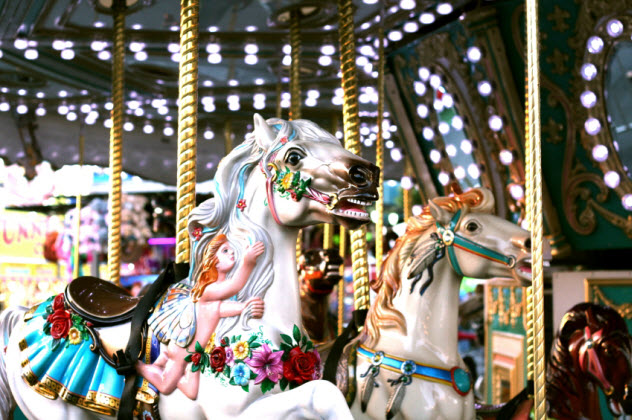 A 20-year-old man in Germany was part of a group of six men known as the “Bavarian Dumbasses.” They uploaded videos on the Internet that showed the gang partaking in dangerous stunts that were styled after the show Jackass.

In one stunt, the other young men taped the 20-year-old man to a spinning playground carousel. Then they attached a rope from the carousel to a BMW. The men put the car in full throttle to achieve maximum spinning velocity, which caused the tape to rip and hurl the man across the park.

After hearing shouts for help, bystanders rushed to the scene. According to one witness, a man was lying on the ground, possibly with a broken neck and covered in blood.

Two other members of the Bavarian Dumbasses were taken to the hospital and treated for shock. The 20-year-old victim, who has only been identified as Tobias, was pronounced dead at the scene. 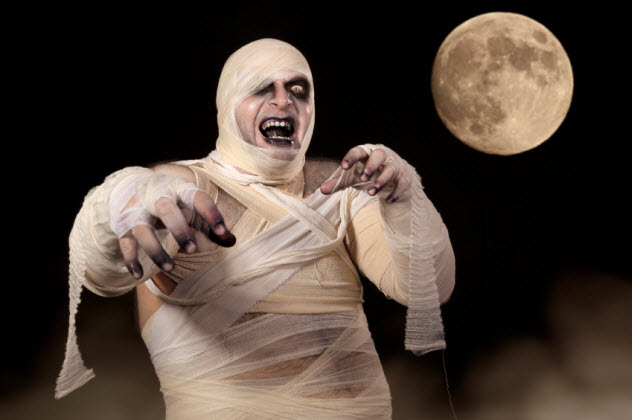 In 2004 in Norway, an 18-year-old Swedish teenager and two of his friends decided to play in traffic. Since that idea lacked originality and perhaps creativity, the young man decided to wear a mummy-like costume.

After donning the attire as if it were Halloween, the 18-year-old man handed his two friends a video camera and asked them to film his exploits. Then he ran onto a busy highway and lay down in front of oncoming traffic.

One car was able to swerve out of the way before colliding with the man. However, less than 20 seconds later, a second car was unable to stop and ran over the young man. The entire incident was captured on tape, and police speculated that the three were “motivated by the MTV stunt show, Jackass.” 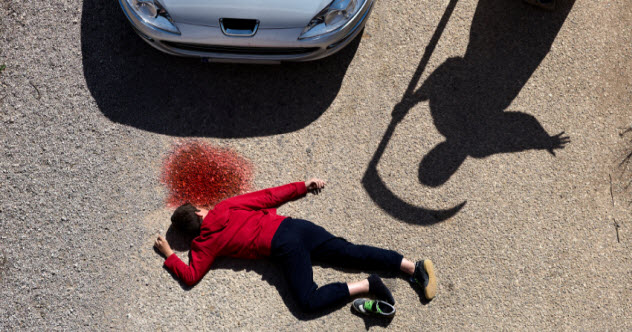 In May 2008, Matt Evans, an honor student and senior at Granite City High School, was only 10 days away from graduating and moving on to college. That night, Evans and a couple friends were outside of Evans’s home when another friend drove up the street honking and shouting in celebration of their upcoming graduation.

Evans, who was known as a practical joker to his friends and who would often partake in pranks similar to those on Jackass, jumped on the approaching car and landed on the hood in a belly flop.

One of the individuals in the moving car stated that Evans did not have a good grip and was slipping off. Instead of simply slowing down, the driver panicked and slammed on the brakes.

Evans was thrown from the vehicle. He landed headfirst on the pavement outside his home. Although he was taken to a hospital, he never regained consciousness and was pronounced dead the following night. 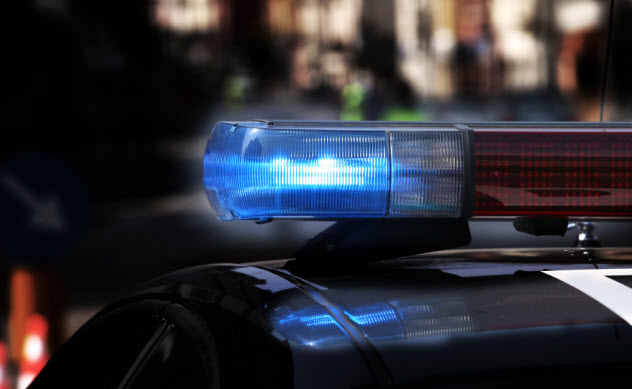 In December 2002, just two months after Jackass: The Movie opened in theaters, 15-year-old Stephen Paul Rauen from Albuquerque, New Mexico, attempted to recreate a stunt that he had seen in the film. Like Matt Evans, Rauen decided to jump on the hood of a moving vehicle.

As the vehicle approached Rauen, he jumped on the hood of the car. The driver slammed on the brakes and sent Rauen hurtling to the pavement. Unlike Evans, who died because he smashed his head, Rauen was run over by the vehicle, which ended up dragging him a short distance.

Albuquerque police spokesman Jeff Arbogast stated that the teens were indeed imitating a stunt that they had seen on Jackass. The police department also had reports that the individuals involved had performed similar stunts in the past. 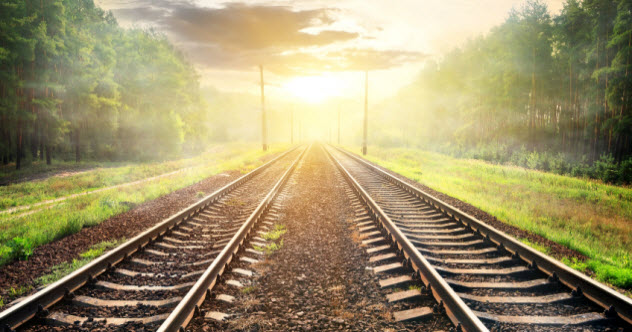 In December 2002, a 13-year-old Indiana boy named Aaron Brown and five other teens were imitating stunts that they had seen on Jackass. The six teenagers were speeding in a van at 110 kilometers per hour (70 mph) across railroad tracks.

After the third pass, the driver lost control of the vehicle and crashed into a parked van, causing the vehicle to slide more than 120 meters (400 ft). Five of the teens were injured in the crash. Unfortunately, Aaron Brown died.

Investigators found a camcorder in the van along with stunts that the teens had previously recorded. Investigators also found video of the show Jackass in the van. 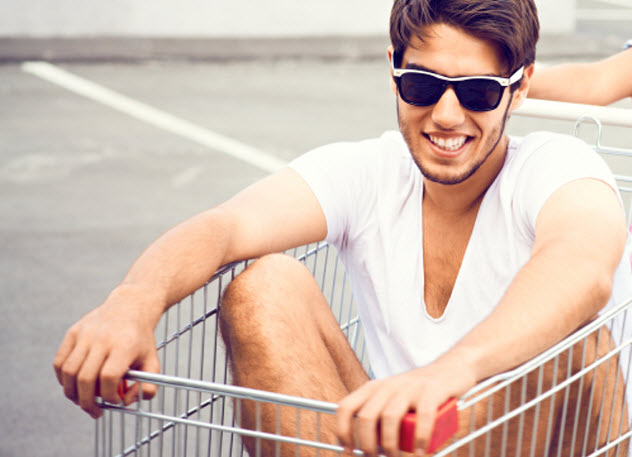 In March 2008 in Florida, 18-year-old Cameron Bieberle was “car surfing” in a parking lot. While sitting in a shopping cart, Bieberle held onto the bumper of a car that was driven by his 23-year-old friend Michael A. Smith. The cart hit a speed bump and sent Bieberle flying 10 meters (30 ft) through the air. Bieberle landed on his head and died at the scene.

According to reports, Bieberle and Smith had previously videotaped themselves riding in shopping carts in parking lots while pushing and slamming one another into objects.

Bieberle’s father told investigators that he believes the show Jackass inspired his son to engage in these dangerous stunts. In 2011, Smith was convicted of vehicular manslaughter in the death of Bieberle and sentenced to four years in prison. He also received 11 years of probation and a permanent revocation of his driver’s license. 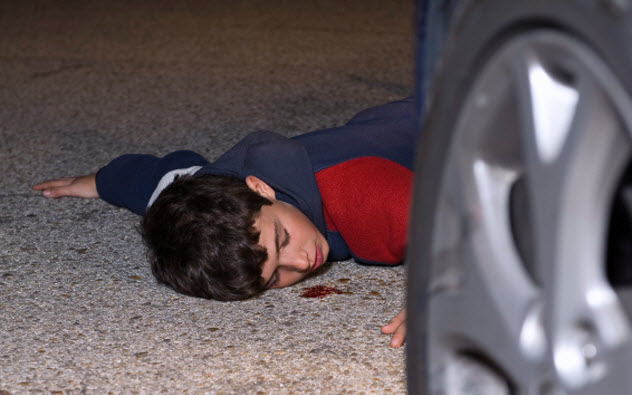 In September 2005, 18-year-old Adam E. Page from Vermont was carrying out a preplanned stunt with his 18-year-old friend Adam Cota. The two had intended to mimic stunts from Jackass.

At 6:00 PM, Page was driving his 1995 Subaru Legacy at around 50 kilometers per hour (30 mph) when he opened his door and jumped out of the vehicle with the car in cruise control. Cota, who was in the front passenger seat, grabbed the steering wheel. He turned the car around to check on Page, who was lying unresponsive on the roadway.

Page died in the ambulance on the way to the hospital. Investigators recovered a videotape that Cota had been recording of Page’s stunt from the front passenger seat. Two other teenagers, who were not identified, had been sitting in the backseat of Page’s car during the stunt. One of those teens had also filmed the stunt. 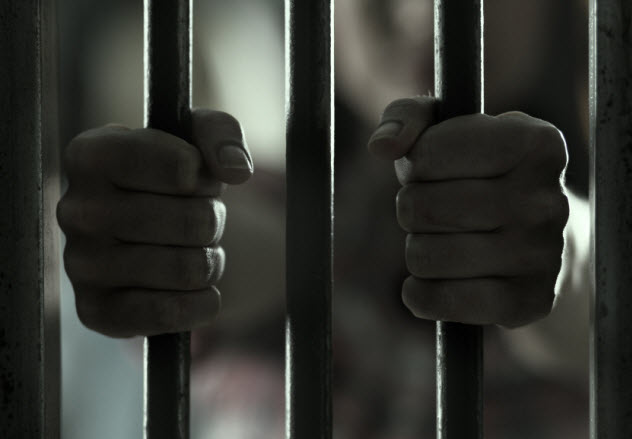 In 2014, Neill Buchel was a 39-year-old father of two living in England. On the evening of March 13, he was hanging out at a flat with a group of his so-called friends. That was the last time that Buchel was seen alive. Nearly three weeks later, his butchered remains were found strewn throughout different lakes in the towns near his home.

It was later revealed that Buchel often spent time with his “mates,” who lived in adjacent flats. They drank heavily and willingly participated in dangerous, Jackass-style stunts that the men often filmed.

Some of the games inflicted serious harm on the men. For example, they put chili powder on their genitals and set their pubic hair on fire. The violence escalated that night in March when the men brutally beat Buchel to death and chopped up his body into 10 pieces. 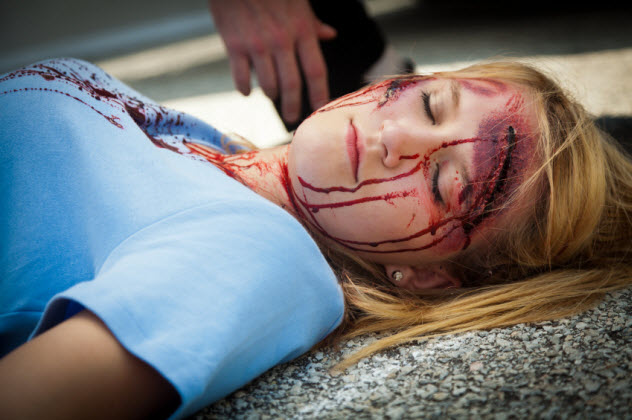 On January 21, 2004, the obituary of 16-year-old Roberta “Bobbi” MacKinnon appeared in a California newspaper. She had been an honor student who was in her junior year at Marysville High School.

Four days earlier, the young girl with a bright future had met other teens at a nearby park. There, the teenagers tried to reenact a stunt that they had seen on Jackass.

The teens attached a rope to a merry-go-round and then tied the opposite end of the rope to a pickup truck. The truck sped off, spinning the merry-go-round with great force and throwing Bobbi 25 meters (75 ft). She landed in the street. Although attempts were made to save her, Bobbi’s injuries were too severe and she died that day.

2 replies on “10 Moronic Teens Who Were Killed Mimicking ‘Jackass’”