None of us are immune to stereotyping. It’s natural to wonder whether our new British roommate will have amusingly terrible teeth or if Canadians are really as nice as they’re pretending to be. But not all stereotypes have a basis in truth. In fact, some of them are the exact opposite of reality. 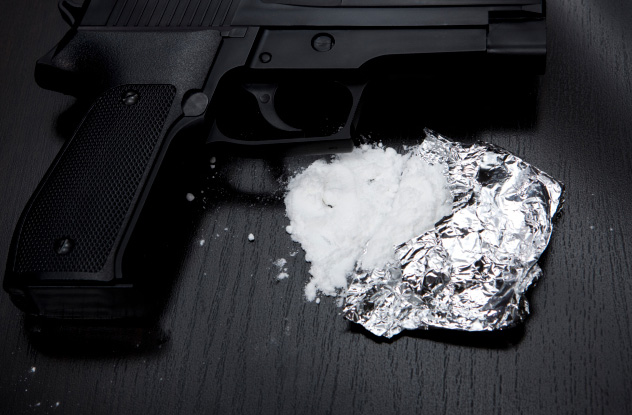 The Stereotype:
Thanks to an ongoing civil war and a history of producing enough coke to single-handedly fuel the whole of Hollywood, Colombia has a pretty bad rep. In popular culture (and many people’s minds), it’s shorthand for “drugs” and “violence.”

The Reality:
Know which country is the source of most of our cocaine? Peru. Thanks to a multibillion-dollar effort to combat the drug trade, Colombia lost its crown as the chief coca producer back in 2013. Colombia’s annual rate of cocaine use is a mere0.7 percent, lower than Argentina, Chile, Spain, or even Canada and the US.

As for violence, it’s true that a terrible war has devastated the country for over 50 years. But it’s also true that peace talks are currently underway, with an end to the conflict expected sometime this year. Meanwhile, murder rates are plummeting to the lowest levels seen in decades, and foreign investors are rushing to plow money into local businesses. Instead of the lawless land of Escobar, Colombia is starting to look more and more like South America’s next big thing.

The Stereotype:
We so widely believe that Australia represents the pinnacle of racism that comedians can do entire sets about it and have everyone nodding along and laughing. Even New Zealanders complain about the discrimination they experience in the country, and they’re the Canadians of the continent.

The Reality:
In 2013, the University of Western Sydney conducted a study into racist attitudes in Australia. They found that 87 percent of people believed the country benefited from cultural and racial diversity. By way of comparison, a 2014 survey found thatone-third of British people admit to being “racially prejudiced.”

Of course, it could just be that Aussies are covert about their prejudices. But other data backs their assertions up. A 2013 study by World Values ranked Australia as one of the most tolerant places on Earth. And that’s before we get into specifics like the #I’llridewithyou campaign, in which Australians responded to an extremist attack by embracing their Muslim neighbors. 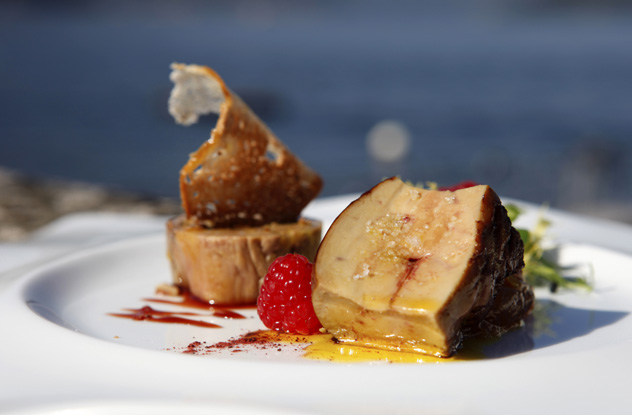 The Stereotype:
The home of cheese and surrendering, France produces more food-obsessed snobs per capita than any other country on Earth. They also hate Americans for renaming French fries “Freedom Fries.”

The Reality:
According to a 2014 Pew Research report, only nine other countries on Earth have more favorable views of the US than France—and most of them are superfans like Israel and South Korea. Three-quarters of the French population is in love with the USA, which is higher than Japan (66 percent), the UK (66 percent), orGermany (51 percent).

And while France continues to be famous for its cuisine and may have some of the world’s best restaurants, times are changing. Since 2012, fast food and sandwich shops have seen more revenue than all other types of restaurants combined. 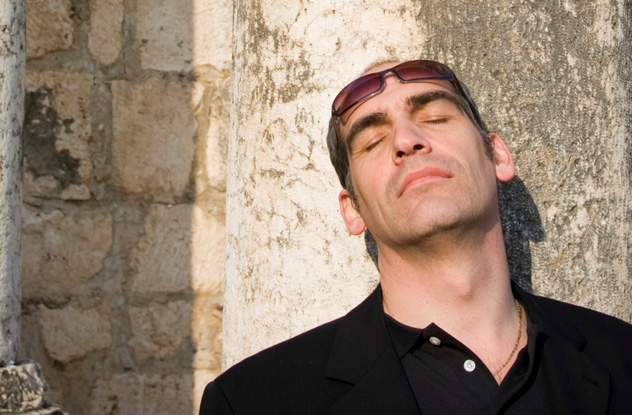 The Stereotype:
It’s the perfect setup for a sitcom. On the one hand, you have irresponsible, spendthrift Greece, which managed to party itself into near-bankruptcy. On the other, you have dour, efficient Germany working like a dog to pick up its neighbor’s tab. Hilarity ensues.

The Reality:
In 2012, the Organisation for Economic Co-operation and Development (OECD) released a report ranking each member state by hours worked. Although South Korea took the top spot, the European boards were headed by Greece, with the average worker putting in 2,017 hours a year. Germany, on the other hand, came nearly at the absolute bottom, with the average German worker only putting in 1,408 working hours per annum.

Now, that’s not to say the Germans didn’t deserve the rest time. The report named them as some of the most productive workers in the world (a section the Greeks scored low in). But as a measure of laziness, it showed the average Greek takes less holiday, sickness, and maternity leave than their German counterparts, all while working longer hours. If only we could figure out how to splice the DNA of the two, we’d create the most unstoppable worker army in the world.

6 The Dutch
All Stoners 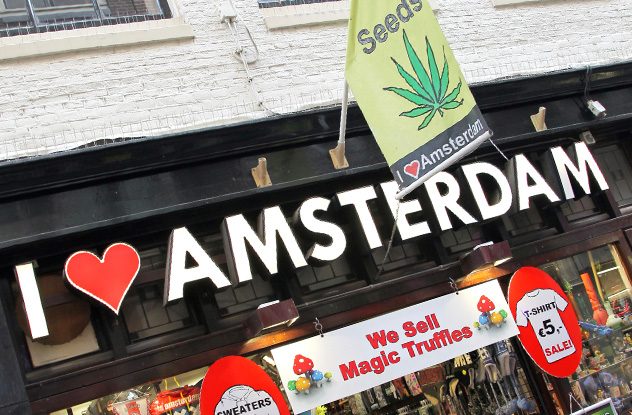 The Stereotype:
It’s a well-known fact that pot possession is more or less legal in the Netherlands. So perhaps it’s no surprise we assume every single Dutch person spends around 90 percent of the time stoned out of their minds.

The Reality:
They really, really don’t.

Of the handful of European countries where cannabis possession is tolerated, the Netherlands has one of the lowest usage rates. Compared to the rest of Europe, the drug barely registers on people’s consciousness. France, Italy, Spain, and the Czech Republic all routinely inhale more, and Canadians, Australians, and Americans outdo the Dutch by an even greater margin.

The trend is true across all age groups. Although they live in a country where they can get high three years before their US counterparts can even legally drink, mostDutch teens report significantly lower pot usage. Separately, Al Jazeera has reported that most visitors to Amsterdam coffee shops (which sell marijuana) aretourists, with usage rates among locals dropping year by year. It’s almost as if the Dutch don’t realize they’re living in every stoner’s idea of heaven. 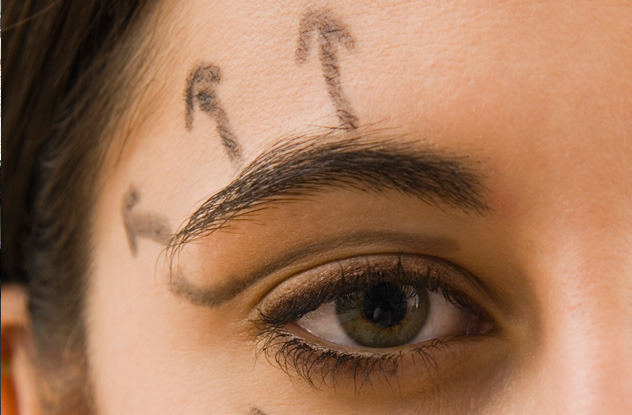 The Stereotype:
Boob jobs, bum jobs, nose jobs . . . Venezuela is so obsessed with plastic surgery that the country is practically shorthand for “liposuction.” Clothing store owners even enlarge the breasts of their mannequins.

The Reality:
While it’s true Venezuelans are partial to the odd nip and tuck, they’re no more partial to it than everyone else. In fact, most reports indicate that they’re remarkably restrained. In 2013, the International Society of Aesthetic Plastic Surgeons ranked every country in the world by the number of operations carried out. Venezuela placed a cool 15th, behind South Korea, the US, Canada, and Germany. In Latin America alone, Colombians, Mexicans, and Brazilians were more likely to go under the knife for everything from Botox to breast augmentation.

This particular stereotype seems a case of people in glass houses throwing implant-shaped stones. The US spends $2 billion each year on plastic surgery, while one in five South Korean women has had work done. Compared to numbers like that, Venezuela’s obsession seems nothing more than a minor hobby. 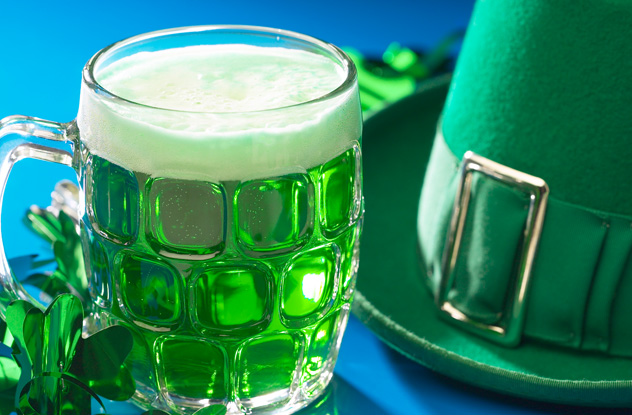 The Stereotype:
Everyone knows an Irishman likes a drink or three. St. Patrick’s Day is just an excuse for a massive bender, and if it weren’t for Russia, Ireland would probably be Europe’s drunkest nation.

The Reality:
We’re not saying the average Irish person doesn’t like a drink. But Irish people only consume as much alcohol per capita as, say, the average Luxembourger.

In 2014, the Wall Street Journal ranked every country on Earth by how much booze its average citizen consumed. With a mere 11.9 liters (3.2 gal) per annum,Ireland didn’t even make the top 20. Australia, France, South Korea, and Portugal all ranked higher, with the UK and Germany coming up only a couple of places behind. Belarus, Russia, Moldova, and Lithuania meanwhile drank everyone else under the table, proving that some stereotypes will never grow old. 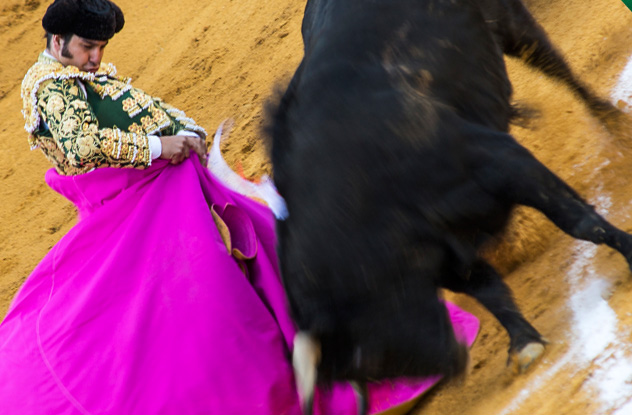 The Stereotype:
If you like your blood sports bloody, move to Spain. The Iberian nation is famous for its multiple sports involving animal maiming. Most of all, it’s famous for its love of bullfighting.

The Reality:
Did we say “love of bullfighting”? We meant “hatred.” Time and again, polls show that the majority of Spain’s residents actively dislike bullfighting and see it as vaguely shameful. A 2010 poll for the paper El Pais revealed that 60 percent of Spaniards have a negative opinion of the sport, with only 37 percent having a positive opinion of it.

Although the same report also revealed that the majority don’t want it banned, other polls have found that over three-quarters of the public oppose the use of public funds to support bullfighting. And plenty of them are voting with their feet. Bullfighting attendance (outside of the major shows) has fallen dramatically in the last few years, with local governments cutting funding. 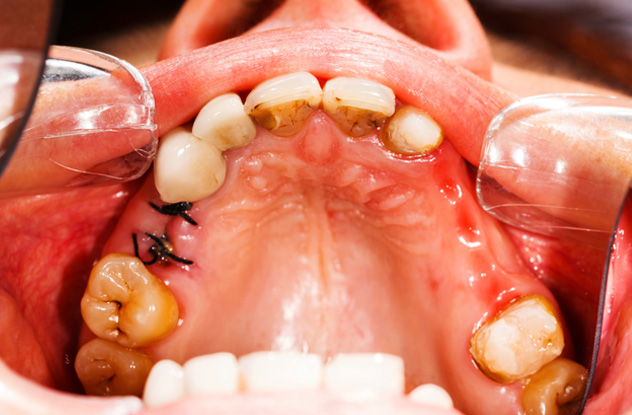 The Stereotype:
In popular culture, a British smile is akin to a horror movie. You won’t be able to see it without screaming or throwing up, yet you can’t look away, even if it means going mad with terror.

The Reality:
Know who should be the butt of all those awful teeth jokes? Poland. An OECD report on the number of decayed, missing, or filled teeth in the average child of each nation found that Polish kids had the absolute worst teeth in the entire world.

So where was Britain? Second? Nope. The same report also concluded that British teeth are better than anyone else’s, including Americans’.

According to the OECD’s figures, the UK’s dental hygiene is second to none. Only Germany came close in having similarly healthy teeth, while countries like South Korea, Japan, and Spain were way off. Admittedly, the report did mention that “healthiest” didn’t necessarily mean straightest or whitest, but it did mean best real dental health.

The classic depiction of British teeth is as a hunk of rotting molars jutting out a beer-stained jaw. The reality is a set of slightly wonky but perfectly charming gnashers that are probably healthier than yours. 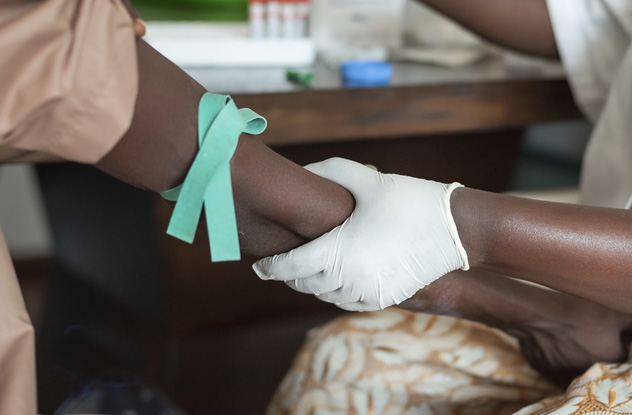 The Stereotype:
Ever since the Ebola outbreak first took hold in Africa, we’ve avoided the continent like, well, the plague. Faced with the prospect of infection and death, hundreds of us have canceled holidays to the region and withdrawn our children from schools where others visited the continent.

The Reality:
Africa is more than just a region. It’s the titan of world geography. You could fit the entire continental United States, the whole of China, the whole of India, and most of Europe combined, and you’d still have room for countries like Japan. Saying Africa has Ebola is like saying Europe is overrun by civil war because of what’s happening in Ukraine, or Florida is experiencing riots because Venezuela is.

If anything, those examples are too understated. The outbreak countries in West Africa (Sierra Leone, Guinea, and Liberia) are geographically closer to London than they are to South Africa or Botswana. The school principal whose African trip caused panicked parents to withdraw their kids from classes had been to Zambia. Zambia is 5,000 kilometers (3,000 mi) from the affected countries, about the distance from New York to the Galapagos Islands. In reality, the vast majority of Africa’s 55-odd countries are completely Ebola-free and not likely to ever get infected.