Music is a dominant force worldwide that brings people together under many different circumstances. But the people behind the music will never get away from the spotlight—or the conspiracy theories that follow them. 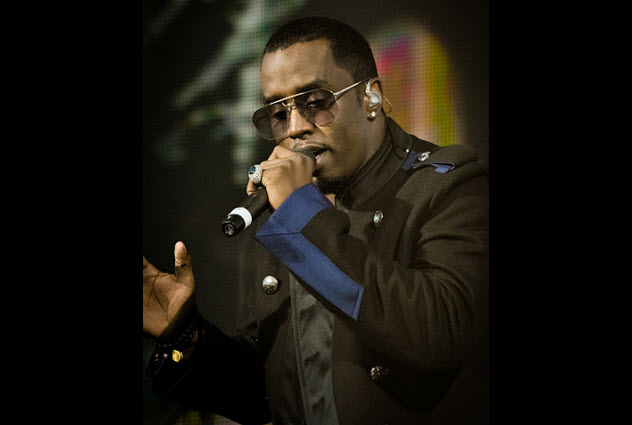 The terrorist attacks in America on September 11, 2001, have been the center of bizarre rumors and conspiracy theories for many years. Some people have blamed Dick Cheney, saying that he purposely failed to order the military to intercept the hijacked planes. Others have argued that a lack of airplane debris at the Pentagon, the World Trade Center, and the Shanksville crash sites points to an “inside job” spearheaded by the US government.

Even though these theories have been thoroughly debunked many times, some people insist that something more than terrorism occurred that day. In possibly the strangest conspiracy theory so far, a woman named Valerie Joyce Wilson Turks filed documents for a restraining order against hip-hop superstar P. Diddy in 2011.

Her reasons for the restraining order included claims of date rape against Diddy as well as his alleged involvement in bringing down the World Trade Center on 9/11. Supposedly, he did this with the help of his ex-girlfriend Kim Porter and Rodney King.

Turks went on to say that Diddy, Porter, and King came to her house after they “knocked down the WTC.” Turks claimed that the trio then attacked her and her children, one of whom she alleges to be Diddy’s child.

She also requested that the rapper pay her $900 billion in child maintenance and another $100 billion for “loss of income” after he allegedly stole a valuable poker chip from her.

Needless to say, nothing much came of these crazy claims. 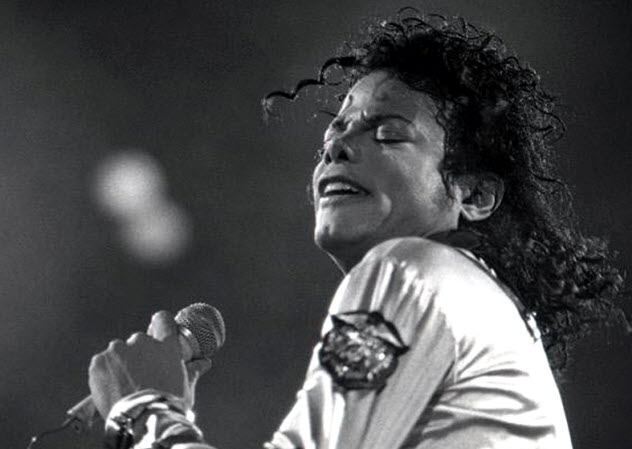 Superstar Michael Jackson’s eccentricity made him a target of multiple conspiracy theories. When he died in 2009, his fans were devastated. Some people even came up with bizarre conspiracy theories to explain why he wasn’t actually dead. The most obvious theory was that “he faked his own death to either escape his bankruptcy or his fame.”

One of the crazier theories claimed that Jackson was murdered by Iranian President Mahmoud Ahmadinejad to distract the public from postelection woes in Iran. According to another theory, Jackson had already died in 2007 and an impersonator was filling in for him.

The conspiracy flames were fueled by Jackson’s death trending on Twitter on a much higher scale than anything happening in Iran. The conspiracy theorists believe that this killed any chance of an Iranian revolution.

There is also the theory that it wasn’t really Jackson who died but instead a body double who had a terminal illness. After his “death,” the real Jackson escaped to Mexico. Even though no one has seen Jackson in Mexico since his death, the conspiracy theorists are not deterred from their beliefs. 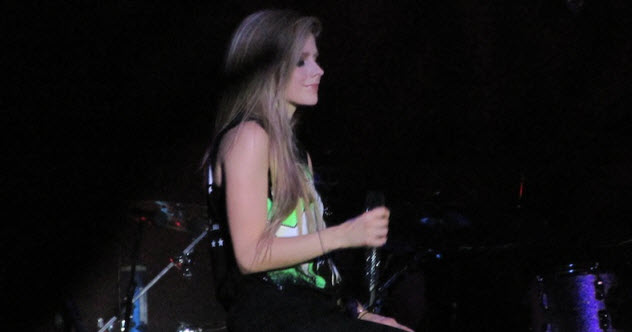 According to a random conspiracy theory, singer Avril Lavigne died in the early 2000s and was replaced by a body double named Melissa Vandella. The website that posted this theory also had a handy section named “12 Signs Avril is Dead,” which detailed all of the supporting “evidence.”

Some of that evidence included changes in her nose and birthmarks over the years. It was also alleged that she became shorter and that her personality changed almost overnight.

The website morbidly claimed that the pressure of fame, the success of her album Let Go, and the tragedy of her grandfather’s death became too much for the singer and she opted to commit suicide. According to the conspiracy theorists, Vandella replaced Avril and no one could tell the difference.

Avril, who has struggled with Lyme disease and her much-publicized split from Chad Kroeger, simply laughed off the rumors during an interview in 2014. However, the interview immediately spawned new rumors. Someone even posted a YouTube video claiming that Avril was lying throughout the interview. 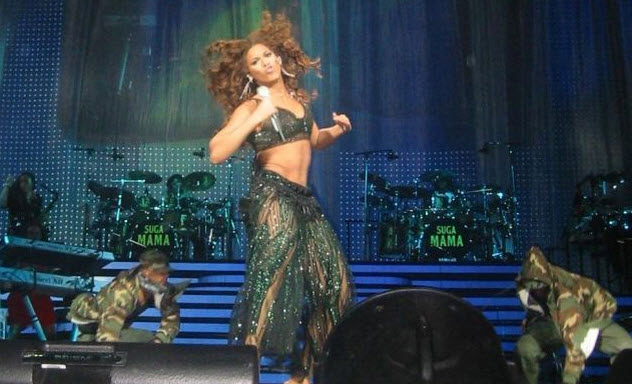 Beyonce, who seems to rule the music industry, has been nicknamed Queen Bey. But Queen Bey also seems to be the queen of weird and wacky conspiracy theories.

She has been accused of being Satan’s pawn in the Illuminati game, she was apparently never pregnant, and she allegedly wore a prosthetic bump during her “pregnancy.”

Another bizarre rumor started making the rounds in February 2014 when a French newspaper published a story about an alleged affair between Beyonce and President Barack Obama.

Photographer Pascal Rostain claimed that recent photos and video footage of Obama and his wife, Michelle, showed that their relationship had cooled significantly. He believed that this was proof of an affair between Beyonce and Obama.

Rostain even used the examples of Marilyn Monroe and Monica Lewinsky to further “prove” his point. Later, he backtracked and denied that he had ever said anything about an affair.

When Joan Rivers died in September 2014, it didn’t take long for someone to link the comedienne’s death to Bey. Supposedly, Rivers’s death was an Illuminati sacrifice ordered by Beyonce.

Others believe that Bey had Rivers “killed” because of a sarcastic tweet from Rivers about Jay Z and Bey’s sister, Solange. 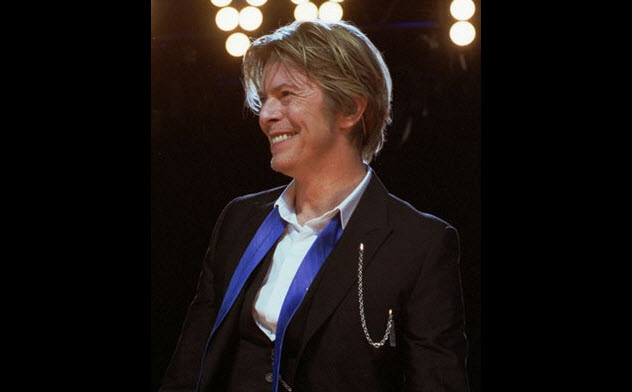 A couple of days after the death of David Bowie, a tweet from Kanye West sparked one of the strangest music conspiracy theories ever. The crux of the theory states that David Bowie predicted Kanye West’s birth and his rise as Bowie’s music successor before West was born.

The theory was taken from a blog written in 2007. The main evidence was a picture on the cover of Bowie’s 1972 album The Rise and Fall of Ziggy Stardust and the Spiders from Mars, which shows Bowie standing beneath an illuminated sign displaying “K.WEST.”

Then there’s “Five Years,” the first song on the album, which tells the story of Ziggy. He was told that the end of the world would occur in five years unless a character called Starman traveled to Earth and saved humanity from total destruction. West was born exactly five years and two days after the first release of that album. 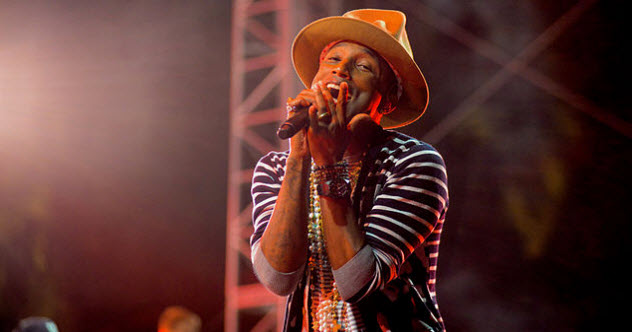 Singer Pharrell Williams seems to have discovered the secret to eternal youth. At age 43, he looked young enough to pass for being in his twenties, which has set a particularly wacky conspiracy theory in motion. Williams felt the need to respond to it personally.

According to several Twitter users and fans, Pharrell is a vampire who drinks human blood. When comparing pictures of Pharrell from 2004 and 2014, he didn’t seem to age at all—which fuels this strange theory. Some people even said that his signature hat is just a distraction so that people won’t focus on the vampire part of his life.

Pharrell addressed the rumors in Time Out London in 2014. He confirmed that he is not a vampire and has never drunk anyone’s blood. Furthermore, he credits his youthful appearance to washing his face on a regular basis. 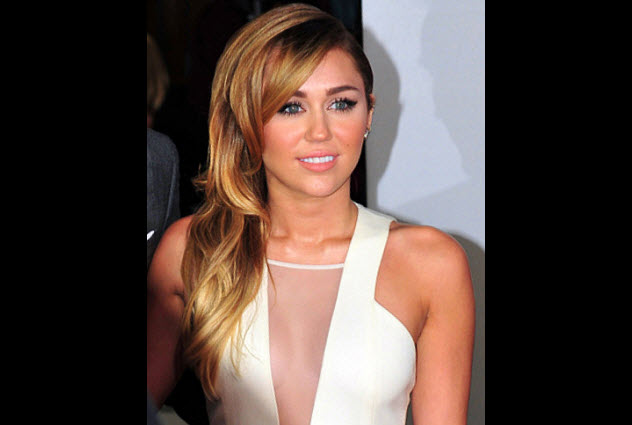 If all the conspiracy theories about pop star and actress Miley Cyrus are to be believed, she is a Devil-worshiping Illuminati pawn who is in cahoots with Beyonce. They are on a mission to convert innocent children into Satanists. Supposedly, Miley is so into her evil persona that she wanted to have Devil horns implanted in her head.

Another theory is similar to the one about Taylor Swift and the number 13. For Miley, it states that the number 23 is significant in her relationship to the Illuminati.

Miley was born on November 23. The second season of her show, Hannah Montana, premiered on April 23, 2007. Miley also guest starred on a song called “23” on May 23, 2013. All of this means something sinister, although exactly what is open to interpretation.

According to another conspiracy theory, the real Miley was killed off by Disney in 2010. Then the murder was covered up by using a body double. A much tamer theory says that Miley and Selena Gomez were both impregnated by Justin Bieber at one point. 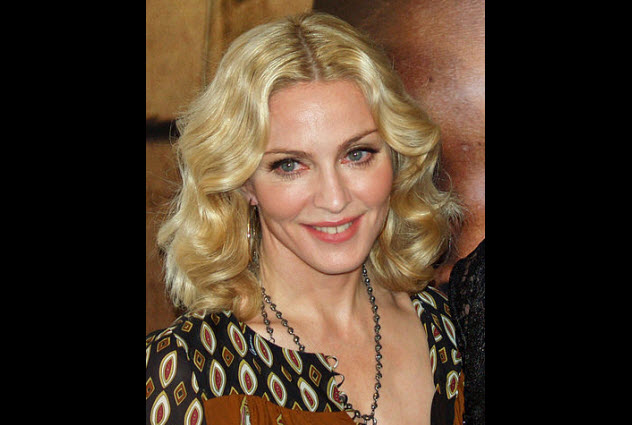 Madonna and Lady Gaga are no strangers to conspiracy and controversy. Not surprisingly, they have often been compared because of their eccentricities and wild performances on stage. In the latest conspiracy theory, one gossip site has provided “solid evidence” that the two stars are much closer than anyone realized. Supposedly, Madonna is Lady Gaga’s mother.

Obviously, this means that Sean Penn is probably Gaga’s father. But marriage problems between him and Madonna caused her to keep the pregnancy a secret from the media.

Also, Cynthia Germanotta, the woman who is publicly believed to be Gaga’s mother, resembles Madonna. Therefore, Germanotta was the best person to adopt little Lady Gaga and raise the child away from the prying eyes of the media. 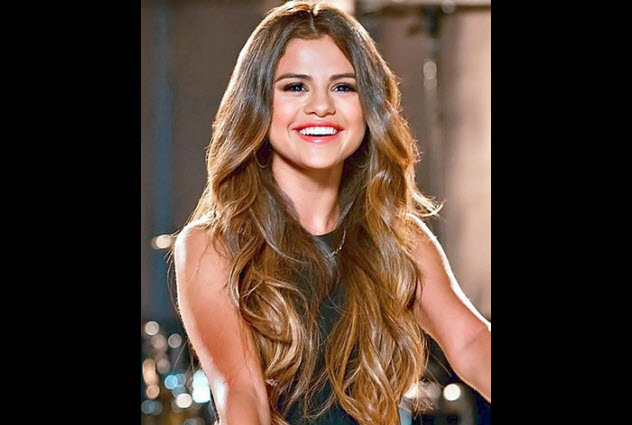 Selena Gomez made a name for herself as a beautiful but mischievous wizard on the Disney TV show Wizards of Waverly Place. She also came up with one hit song after another. Nevertheless, some people have spread alarming rumorsabout her over the Internet.

One of the stranger theories claims that Selena was in a relationship with Justin Bieber simply to increase her popularity. Supposedly, she teamed up with the Jonas Brothers, Miley Cyrus, and Ozzy Osbourne to ensure that she got Bieber’s attention and could start a relationship with him.

Also, by focusing his attention on Gomez, Bieber couldn’t record as much music or go on as many tours. This ensured the ongoing popularity of Gomez and her henchmen.

It seems that Bieber features in all of the Selena Gomez conspiracy theories. Another one states that Esperanza Spalding became frightened of Bieber’s fans after beating him at the Grammy Awards for Best New Artist in 2011. So Spalding convinced Gomez to start dating Bieber. That way, his fans would forget about Spalding. 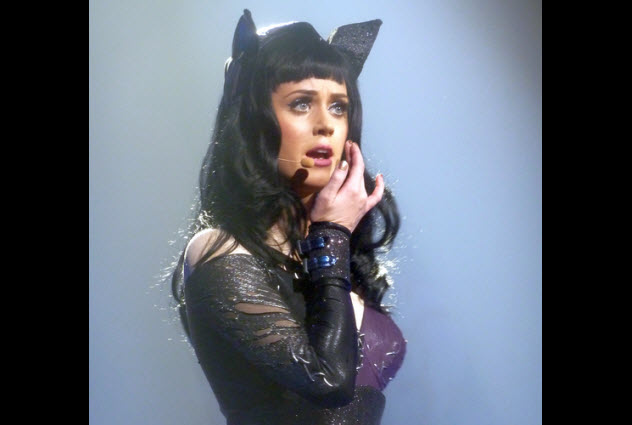 When child beauty queen JonBenet Ramsey was found murdered in the basement of her home in 1996, there were many conspiracy theories, including one which placed the blame squarely on the shoulders of her parents. But no one could have predicted the extremely random theory that one Internet user devised in 2014.

Dave Johnson posted a YouTube video in which he claimed that JonBenet never died but instead grew up to become superstar Katy Perry. He also stated that the case was never solved because there was no murder. He believes that the little girl’s death was faked.

Then he points out that the parents of Katy and JonBenet look alike and that JonBenet was kept away from the outside world until she rose to fame as Katy Perry in 2008.