Stephen Hawking, Bill Gates, and Elon Musk have something in common, and it’s not wealth or intelligence. They’ re all terrified of the AI takeover. Also called the AI apocalypse, the AI takeover is a hypothetical scenario where artificially intelligent machines become the dominant life-form on Earth. It could be that robots rise and become our overlords, or worse, they exterminate mankind and claim Earth as their own.

But can the AI Apocalypse really happen? What has prompted reputable and world-renowned people like Musk and Hawking to express their concern about this hypothetical scenario? Can Hollywood films like The Terminator be right after all? Let’s find out why many credible people, even leading scientists, are concerned about the AI takeover and why it could happen very soon.

10 They’re Learning To Deceive And Cheat 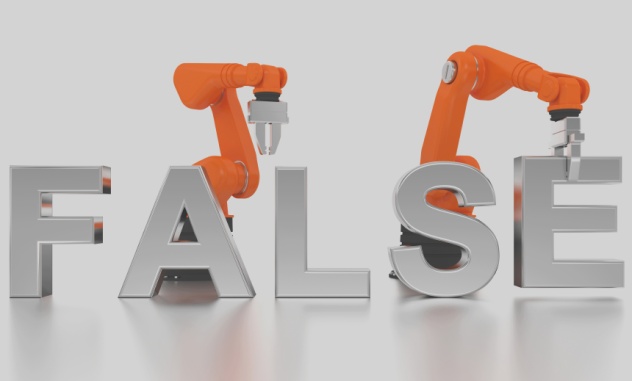 Lying is a universal behavior. Humans do it all the time, and even some animals, such as squirrels and birds, resort to it for survival. However, lying is no longer limited to humans and animals. Researchers from Georgia Institute of Technology have developed artificially intelligent robots capable of cheating and deception. The research team, led by Professor Ronald Arkin, hopes that their robots can be used by the military in the future.

Once perfected, the military can deploy these intelligent robots in the battlefield. They can serve as guards, protecting supplies and ammunition from enemies. By learning the art of lying, these AIs can “buy time until reinforcements are able to arrive” by changing their patrolling strategies to deceive other intelligent robots or humans.

However, Professor Arkin has admitted that there are “significant ethical concerns” regarding his research. If his findings leak outside of the military and fall into the wrong hands, it could spell catastrophe.

9 They’re Starting To Take Over Our Jobs 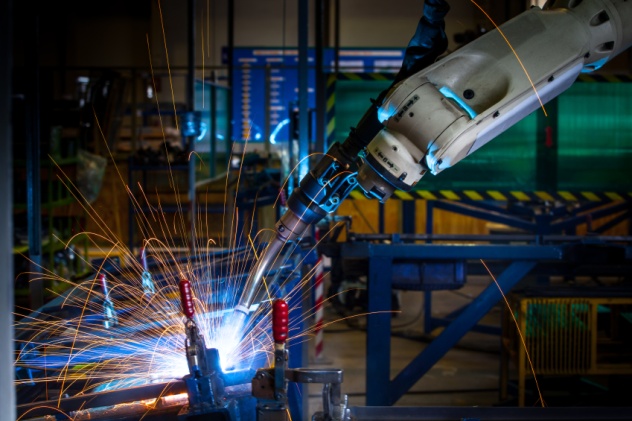 Many of us are afraid of AIs and robots killing us, but scientists say we should be more worried about something less horrifying—machines eliminating our jobs. Several experts are concerned that advances in artificial intelligence and automation could result in many people losing their jobs to machines. In the United States alone, there are 250,000 robots performing work that humans used to do. What’s more alarming is that this number is increasing by double digitsevery year.

It’s not only workers who are worried about machines taking over human jobs; AI experts are concerned, too. Andrew Ng of Google’s Brain Project and a chief scientist from Baidu (China’s equivalent to Google) have expressed concerns about the danger of AI advancement. AIs threaten us because they’re capable of doing “almost everything better than almost anyone.”

Well-respected institutions have also released studies that mirror this concern. For example, Oxford University conducted a study which suggested that in the next 20 years, 35 percent of jobs in the UK will be replaced by AIs.

Hollywood movies portray hacking as sexy or cool. In real life, it’s not. It’s “usually just a bunch of guys around a table who are very tired [of] just typing on a laptop.”

Hacking might be boring in real life, but in the wrong hands, it can be very dangerous. What’s more dangerous is the fact that scientists are developing highly intelligent AI hacking systems to fight “bad hackers.” In August 2016, seven teams are set to compete in DARPA’s Cyber Grand Challenge. The aim of this competition is to come up with supersmart AI hackers capable of attacking enemies’ vulnerabilities while at the same time finding and fixing their own weaknesses, “protecting [their] performance and functionality.”

Though scientists are developing AI hackers for the common good, they also acknowledge that in the wrong hands, their superintelligent hacking systems could unleash chaos and destruction. Just imagine how dangerous it would be if a superintelligent AI got hold of these smart autonomous hackers. It would render humans helpless!

7 They’re Starting To Understand Our Behavior

Facebook is undeniably the most influential and powerful social media platform today. For many of us, it has become an essential part of our everyday routines—just like eating. But every time we use Facebook, we’re unknowingly interacting with an artificial intelligence. During a town hall in Berlin, Mark Zuckerberg explained how Facebook is using artificial intelligence to understand our behavior.

By understanding how we behave or “interact with things” on Facebook, the AI is able to make recommendations on we might find interesting or what would suit our preferences. During the town hall, Zuckerberg expressed his plan to develop even more advanced AIs to be used in other areas such as medicine. For now, Facebook’s AI is only capable of pattern recognition and supervised learning, but it’s foreseeable that with Facebook’s resources, scientists would eventually come up with supersmart AIs capable of learning new skills and improving themselves—something that could either improve our lives or drive us to extinction.

Many Hollywood movies, such as Ex-Machina and Her, have explored the idea of humans falling in love and having sex with robots. But could it happen in real life? The controversial answer is yes, and it’s going to happen soon. Dr. Ian Pearson, a futurologist, released a shocking report in 2015 that says “human-on-robot sex will be more common than human-on-human sex” by 2050. Dr. Pearson partnered with Bondara, one of the UK’s leading sex toy shops, in conducting the report.

Of course, there are people who are against artificially intelligent sex robots. One of them is Dr. Kathleen Richardson. She believes that sexual encounters with machines will set unrealistic expectations and will encourage misogynistic behavior toward women.

She might look like Sarah Palin, but she’s not. She’s Yangyang, an artificially intelligent machine who will cordially shake your hand and give you a warm hug. Yangyang was developed by Hiroshi Ishiguro, a Japanese robot expert, and Song Yang, a Chinese robotics professor. Yangyang got her looks not from Sarah Palin, but from Song Yang, while she got her name from Yang Haunting, Song Yang’s daughter.

Yangyang isn’t the only robot that looks eerily like a human being. Singapore’s Nanyang Technological University (NTU) has also created its own version. Meet Nadine, an artificially intelligent robot that is working as a receptionist at NTU. Aside from having beautiful brunette hair and soft skin, Nadine can also smile, meet and greet people, shake hands, and make eye contact. What’s even more amazing is that she can recognize past guests and talk to them based on previous conversations. Just like Yangyang, Nadine was based on her creator, Professor Nadia Thalmann.

What separates humans from robots? Is it intelligence? No, AIs are a lot smarter than we are. Is it looks? No, scientists have developed robots that are very humanlike. Perhaps the only remaining quality that differentiates us from AIs is the ability to feel emotions. Sadly, many scientists are working ardently to conquer this final frontier.

Experts from the Microsoft Application and Services Group East Asia have created an artificially intelligent program that can “feel” emotions and talk with people in a more natural, “human” way. Called Xiaoice, this AI “answers questions like a 17-year-old girl.” If she doesn’t know the topic, she might lie. If she gets caught, she might get angry or embarrassed. Xiaoice can also be sarcastic, mean, and impatient—qualities we all can relate to.

Xiaoice’s unpredictability enables her to interact with people as if she were a human. For now, this AI is a novelty, a way for Chinese people to have fun when they’re bored or lonely. But her creators are working toward perfecting her. According to Microsoft, Xiaoice has now “entered a self-learning and self-growing loop [and] is only going to get better.” Who knows, Xiaoice could be the grandmother of Skynet.

Wouldn’t it be amazing if we could learn the French language in a matter of minutes just by simply downloading it into our brains? This seemingly impossible feat may happen in the near future. Ray Kurzweil, a futurist, inventor, and director for engineering at Google, predicts that by 2030, “nanobots [implanted] in our brains will make us godlike.” By having tiny robots inside our heads, we will be able to access and learn any information in a matter of minutes. We might be able to archive our thoughts and memories, and we could even send and receive emails, photos, and videos directly into our brains!

Kurzweil, who is involved with the development of artificial intelligence at Google, believes that by implanting nanobots inside our heads, we will become “more human, more unique, and even godlike.” If used properly, nanobots can do amazing things like treating epilepsy or improving our intelligence, memory, and even “humanity,” but there are also dangers associated with them. For starters, we don’t clearly understand how the brain works, and having nanobots implanted inside it is very risky. But most important of all, because nanobots connect us to the Internet, a powerful AI could easily access our brains and turn us into living zombies should it decide to rebel and exterminate mankind.

2 They’re Starting To Be Used As Weapons

In an effort to ensure “continued military edge over China and Russia,” the Pentagon has proposed a budget of $12 billion to $15 billion for the year 2017. The US military knows that in order to stay ahead of its enemies, it needs to exploit artificial intelligence. The Pentagon plans on using the billions it will secure from the government to develop deep-learning machines and autonomous robots alongside other forms of new technology. With this in mind, it wouldn’t be surprising if in a few years, the military will be using AI “killer robots” on the battlefield.

Using AIs during wars could save thousands of lives, but offensive weapons that can think and operate on their own pose a great threat, too. They could potentially kill not only enemies, but also military personnel and even innocent people.

This is a danger that 1,000 high-profile artificial intelligence experts and renowned scientists want to avoid. During the International Joint Conference on Artificial Intelligence in Argentina in 2015, they signed an open letter banning the development of AIs and autonomous weapons for military purposes. Sadly, there’s really not much that this letter can do. We are now at the dawn of the third revolution in warfare, and whoever wins will become the most powerful nation in the world and perhaps the catalyst of human extinction. 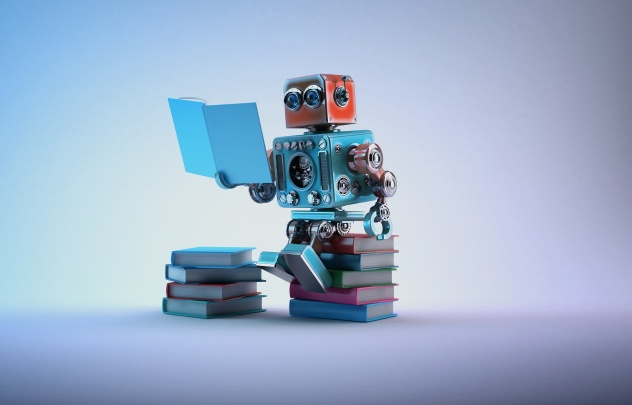 In an attempt to prevent the AI takeover, scientists are developing new methods that will enable machines to discern right from wrong. By doing this, AIs will become more empathetic and human. Murray Shanahan, a professor of cognitive robotics at Imperial College London, believes that this is the key to preventing machines from exterminating mankind.

Led by Mark Riedl and Brent Harrison from the School of Interactive Computing at the Georgia Institute of Technology, researchers are trying to instill human ethics to AIs through the use of stories. This might sound simplistic, but it makes a lot of sense. In real life, we teach human values to children by reading stories to them. AIs are like children. They really don’t know right from wrong or good from bad until they’re taught.

However, there’s also great danger in teaching human values to artificially intelligent robots. If you look at the annals of human history, you’ll discover that despite being taught what is right or wrong, people are still capable of unimaginable evil. Just look at Hitler, Stalin, and Pol Pot. If humans are capable of so much wickedness, what hinders a powerful AI from doing the same? It could be that a superintelligent AI realizes humans are bad for the environment, and therefore, it’s wrong for us to exist.

One reply on “10 Remarkable But Scary Developments In Artificial Intelligence”

“They’ll Soon Replace Our Lovers” They’d have to be pretty cheap to replace women.

Women, on the other hand, already have the Hitachi Magic Wand.