10 Unexpected Benefits To Being A Psychopath

Psychopaths get a bit of a bad rap. In an increasingly sensitive world—one in which people are worried that using the word “crazy” might be offensive—people are strangely comfortable with using the term “psychopath” as a synonym for “worst person on Earth.”

Most people believe that psychopaths are dangerous people who should be separated from society. Despite this characterization, there are nonviolent psychopaths. In fact, people with this disorder may have some advantages over other people. 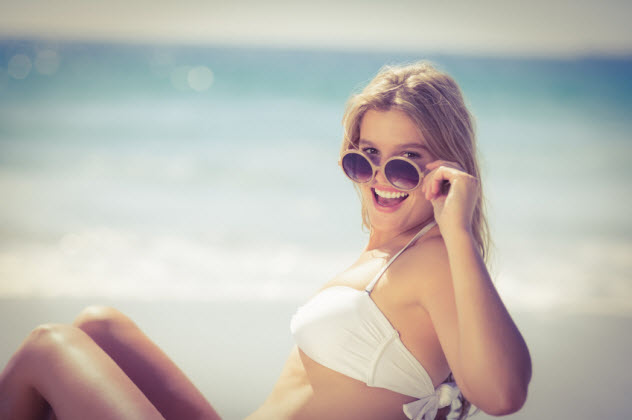 If you’ve ever wondered why all the best-looking people seem to be total psychopaths, you’re not alone. Many scientific studies have tried to explain whypsychopaths are better looking than the rest of us.

According to one study, it’s in their biology. One of the biggest things that we seek in an attractive mate is symmetry. We usually don’t like people withlopsided faces. Psychopaths have more testosterone flowing through their bodies, and that makes them more symmetrical.

So, right from birth, psychopaths are given more beautiful and more symmetrical faces than the rest of the population. But it doesn’t stop there. They’re better dressers, too.

When the girls were dressed down, there wasn’t a big difference between them. But when they were allowed to wear whatever they wanted, the psychopaths began to soar in the hotness scale. The psychopaths knew how to make themselves look good, and they took the time to do it.

The scientists concluded that most people dress for convenience or for themselves. But psychopaths dress for a purpose. They want to impress you so that they can manipulate you. As a result, they spend their days looking a lot better.

These good looks create a “halo effect.” In addition to thinking that the psychopath is pretty, people will automatically assume that she’s kinder and smarter, too.

9 Psychopaths Are Better At Reading People 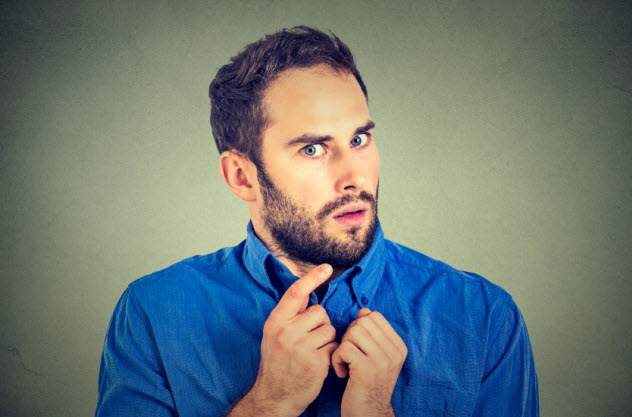 Psychopaths are partially defined as people without empathy, so they shouldn’t be able to understand what people are thinking. But as it turns out, the exact opposite is true. According to some studies, psychopaths are actually better at reading people than the rest of us.

In one study, the participants watched videos of people expressing emotions. Then the participants tried to judge what those people were feeling based on microexpressions—small changes in their faces. Instead of failing miserably, the psychopaths picked up on a bit more than the rest of the participants did.

But this wasn’t true of every emotion. For example, psychopaths were no better at reading happiness in a person’s face than anyone else. However, they could read vulnerability even with small changes in a person’s face. Emotions like fear and anxiety came through loud and clear to the psychopaths. Interestingly, this was especially true of female psychopaths who were reading men.

This is another example of psychopaths having an edge because they’re working toward a goal. The psychopaths were especially good at reading emotions that they could use to influence someone else. 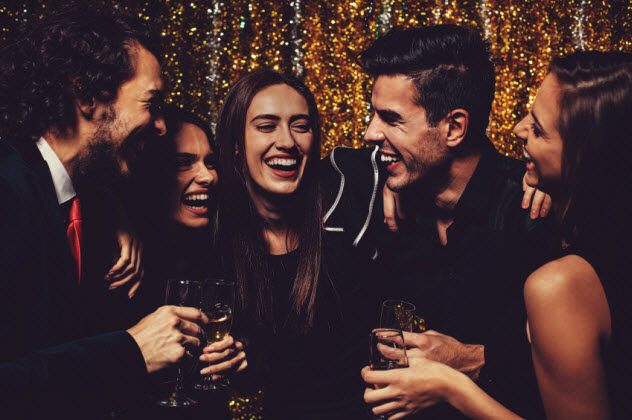 As we’ve discussed, psychopaths are so good-looking that we think they’re charming. But it’s not just an illusion. They actually are more charming.

On the other hand, psychopaths don’t care what you think about them, so they can burst into a conversation without hesitation. That works out great for them. They’re so open and eager that people automatically assume that psychopaths are saying more interesting things—even if that’s not the case.

Their ability to read faces helps, too. Since psychopaths can figure out what you’re thinking through little ticks in your body, they’re better able to change what they’re saying into what you want to hear.

In fact, psychopaths are so much better at speaking than the rest of us that they don’t even have verbal ticks. Although most people will accidentally stammer out a few meaningless “ums” and “uhs” to fill the gaps in a conversation, psychopaths don’t feel that need. Instead, they choose every word carefully and deliberately.

This makes such a big difference that psychopaths have been known to fake “ums” to sound more like normal people and make the rest of us feel more comfortable. 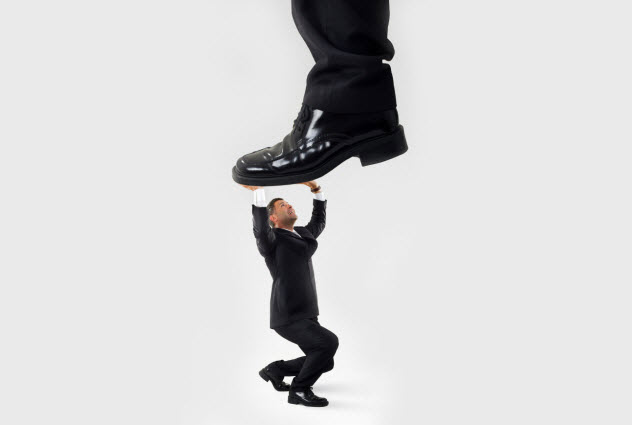 Ever blanked under a tight deadline at work? If so, you’re probably not a psychopath. Although normal people often collapse under a heavy workload, psychopaths thrive.

When most people deal with difficult situations, the body releases corticotropin-releasing hormones, which are part of the process that makes you feel stressed. Soon, you’ll shut down. Your head will start to hurt, you’ll have trouble thinking, and you won’t be able to get your work down. Unless you’re a psychopath.

Psychopathy isn’t just in the mind. There are actual differences in a psychopath’s body. For example, their bodies don’t release stress hormones properly. So stress is not a factor in their lives. 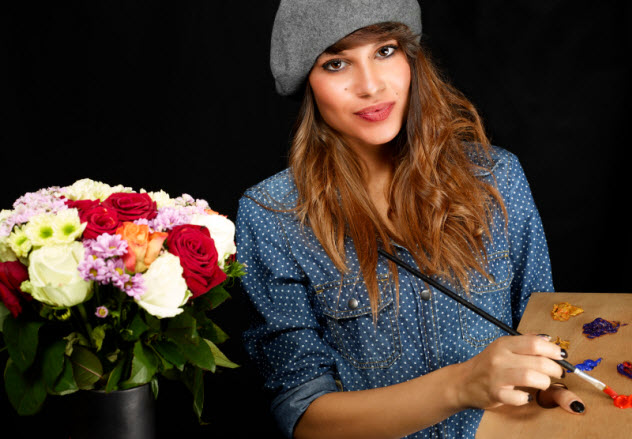 Psychopaths also create better artwork and make more scientific breakthroughsthan other people. A study of psychopathic criminals found that they were better at creating art and dreaming up original ideas because they were psychopaths.

The researcher explained that creativity often comes from the struggle between what you want to do and what you’re allowed to do. If you’re a normal person, the things you want are socially acceptable. So you can do them, and nobody will ask you to change.

But if you want to do things that aren’t socially acceptable—like set your neighbor’s cat on fire—you can’t do that openly without negative consequences. So you have to come up with a creative way to act on that desire, such as painting a beautiful picture.

Of course, this can also be a bad thing. If psychopaths feel threatened by society, they might lash out and express their weird desires in dangerous ways—like actually setting a cat on fire.

But the psychologist who conducted the study believed that psychopaths in positive, encouraging environments manifest their dark desires as beautiful works of art and brilliant new ideas. 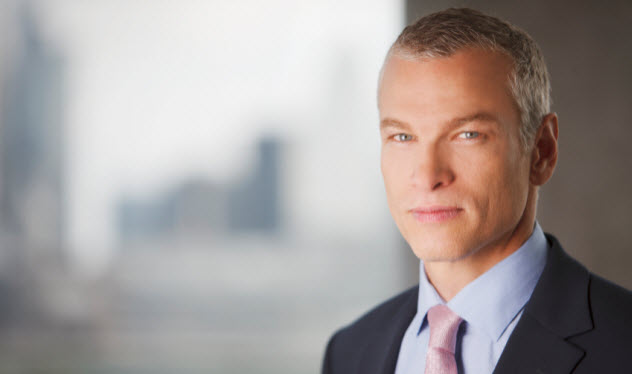 Thanks to the assets that we’ve already discussed, psychopaths are just better at their jobs than other people are.

Psychopaths also have other qualities that make them successful at work. For example, they get bored easily, which is actually a good thing. Instead of repeating the same task in the same way, they constantly think about new waysto do things.

This produces great results. The charming, attractive, psychopathic employee is full of new ideas and constantly improves his performance, which propels him up the corporate ladder quickly.

Approximately 1 in 100 people are psychopaths. For business managers, though, that number triples. For CEOs, the number rises to 4 percent. So psychopaths arefour times as likely to get to the top of a company as a normal person. 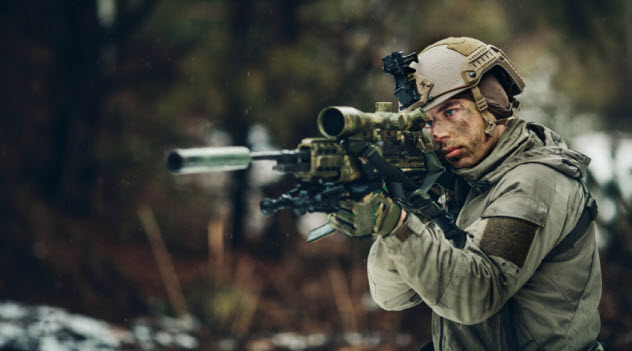 As you might expect, the military loves psychopaths. In fact, many military thinkers have been pushing to get more psychopaths in the army.

A psychopathic commander’s lack of empathy will also make his soldiers more comfortable with pulling the trigger and ending the enemy’s life, which makes the unit more effective.

In the army, psychopaths are useful on every level. A peace-loving, sympathetic soldier is a danger to the unit. His hesitation can put the entire group in danger and risk their lives.

So just how eager is the military to enlist psychopaths? In the British army, they tried to build a helmet that would disable the parts of a pilot’s brain that deals with fear and empathy. Apparently, they want psychopaths so badly that they’re trying to turn normal pilots into psychopaths. 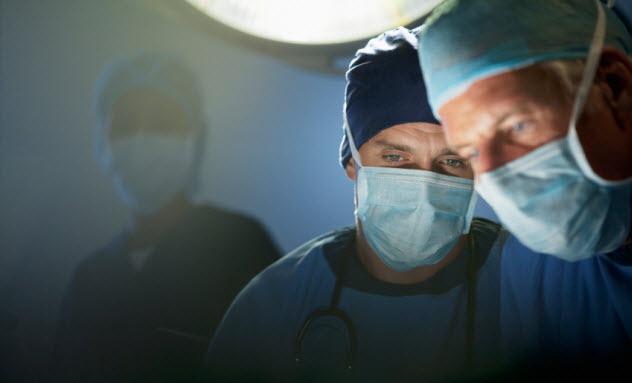 Psychopaths are better at keeping us alive, too. A study of psychopaths’ professions showed that they choose to be surgeons more than almost any other job.

Surgeons weren’t surprised by this finding. According to one surgeon, his textbook in med school had a section dedicated to dealing with the weird personalities of his colleagues. Another surgeon confirmed that there were more psychopaths working in his hospital than outside it.

On paper, empathy is important for a doctor. But in reality, it might hurt his performance. The explanation for all these psychopathic surgeons is that they’re willing to do what needs to be done.

If a family begs you to save their child and you feel their pain, you’re going to get nervous. But if it doesn’t really affect you, you’ll be able to cut up that eight-year-old like it’s no big deal. 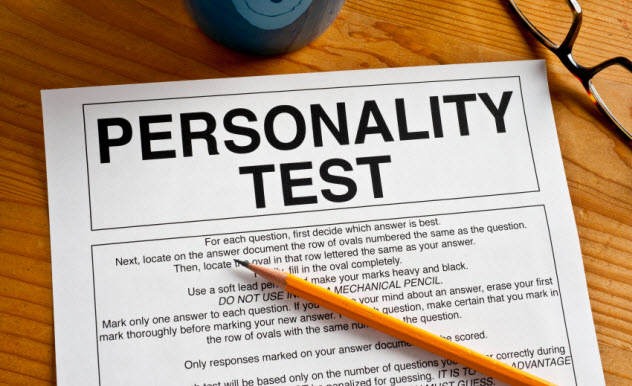 Remember when we said that 4 percent of CEOs are psychopaths? That figure was actually lowballed.

After reading that statistic, an undergraduate student became suspicious. If someone is smart enough to be a CEO, she figured, wouldn’t he be smart enough to lie on a personality test?

So she looked into it and found that she was right.

As it turns out, high-IQ psychopaths can hide their psychopathy. When the student researcher tried to elicit an emotional reaction from the participants in her study, neurological tests showed no response from any of them. But the smarter psychopaths faked empathy. They knew how they were expected to react and didn’t disappoint.

As a result, we have no idea how many CEOs are psychopaths. 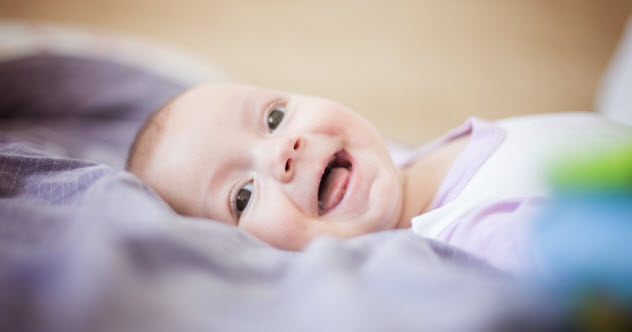 If being a psychopath is so great, is it really a disorder or just a combination of personality traits?

In truth, that’s still up for debate. We also don’t know if psychopathy is caused bytrauma or neurological damage. Perhaps there is nothing wrong with the person at all, or maybe it’s simply an evolutionary advantage.

If we look at psychopathy from the perspective of game theory instead of psychology, it starts to make a lot more sense. Psychopaths have every advantage in evolution. Their ability to be physically attractive and charming lets them manipulate the opposite sex, giving them a better chance of reproducing and continuing their breed.

Even the psychopath’s lack of empathy helps him to reproduce more often. When humans were more animalistic, we tended to get mates through aggressive competition. The men who were less sympathetic tended to win—and reproduce.

The babies of psychopaths have a higher chance of being psychopaths. We don’t know if psychopathy is passed on genetically or caused by the environment, but we do know that it usually gets passed down to the next generation.

One way or another, psychopaths might be here to stay.

One reply on “10 Unexpected Benefits To Being A Psychopath”