Everyone looks forward to heading out on vacation. Despite the hassles—crowds, delays, bad weather, bad food, that hotel that looks nothing like the pictures—travel can be one of the best experiences of a lifetime. But sometimes things go really wrong and affect people’s lives forever. Here are 10 stories of people who set out on vacation and came back with a harrowing tale to tell—or never came back at all. 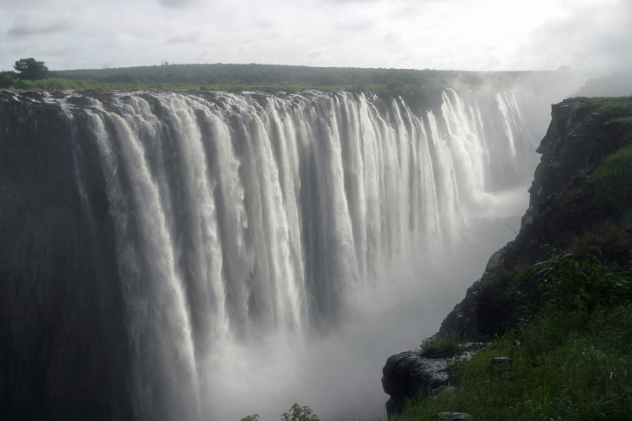 Visiting Victoria Falls in southern Africa is a dream for many, but for 22-year-old Erin Langworthy, it turned into a nightmare. The Australian was bungee jumping off the Victoria Falls Bridge while visiting Zambia in 2012 when thecord snapped and she plunged 111 meters (364 ft) into the crocodile-infested Zambesi River below. She was swept down the swollen river, her feet still bound together by 10 meters (30 ft) of rope, and spent 40 minutes in the water, until she finally managed to grab onto some rocks and an employee of the bungee company pulled her onto the river bank.

Langworthy was taken to Victoria Falls Clinic in Zimbabwe, but didn’t reach the clinic until five and a half hours after her jump. Though her lungs were partially collapsed and her body was covered in bruises, Langworthy didn’t suffer any serious injuries and returned home two weeks later. She had been the 106th person to jump off the bridge that day. 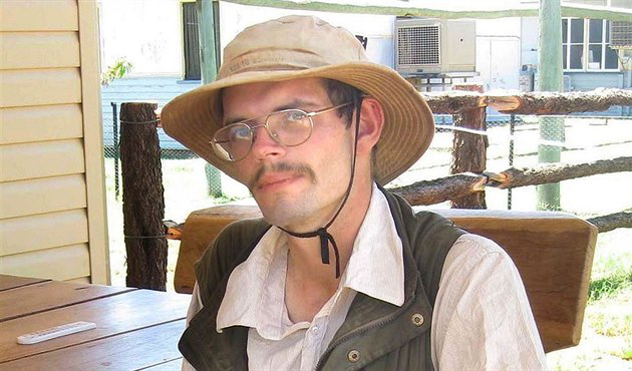 A 26-year-old German tourist went missing this year while attempting to walk almost halfway across Australia alone. He survived by eating flies. Daniel Dudzisz had been homeless for two years and had taken to walking long distances on his own. He had planned to walk 3,860 kilometers (2,400 mi) from New South Wales to Uluru, but found himself lost and stranded between two flooded banks of a river for 10 days. News of his disappearance didn’t alarm those who had encountered Dudzisz; opal miner Andrew Plax said Dudzisz was a uniquely tough traveler who had walked enormous distances on other continents, drinking water from troughs and puddles, and “could live off the smell of an oily rag.” He had no doubt the missing hiker would be found alive.

Dudzisz, who is diabetic, fortunately had enough insulin with him. He turned to eating flies for nutrients when his small supply of cereal and baked beans ran out, and he was eventually rescued by a passing motorist. Dudzisz refused medical treatment and was determined to finish his walk, though he promised to stick to main roads and only walk during daylight hours. 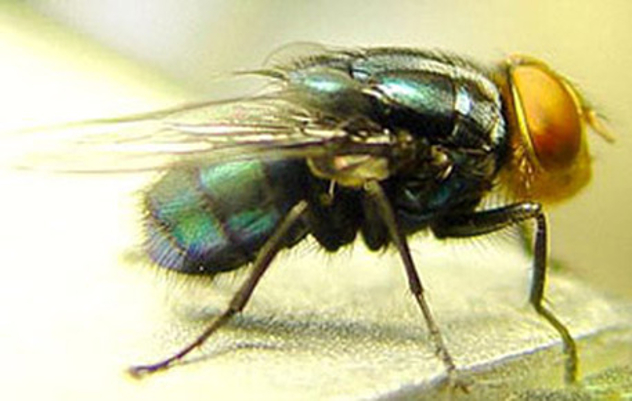 British tourist Rochelle Harris was on a flight back from a holiday in Peru in 2013 when she began experiencing a powerful headache and shooting pains in her face. She also began hearing strange scratching noises and had a discharge from her ear. On returning home, 27-year-old Harris paid a visit to a doctor. After initially blaming an ear infection, doctors soon discovered eight large maggots wriggling around inside Harris’s ear canal. She remembered walking through a swarm of flies while hiking on her vacation and one had been buzzing in her ear, but once she waved the fly away, she thought nothing more of it. The insect was a “new world screw-worm fly,” which generally lay their larvae in the wounds of warm-blooded animals. Once they hatched 24 hours later, the maggots chewed a 12-millimeter (half inch) hole in Rochelle Harris’s ear canal. The ordeal didn’t cause any permanent damage to Harris and, surprisingly, the incident made her less squeamish about bugs. 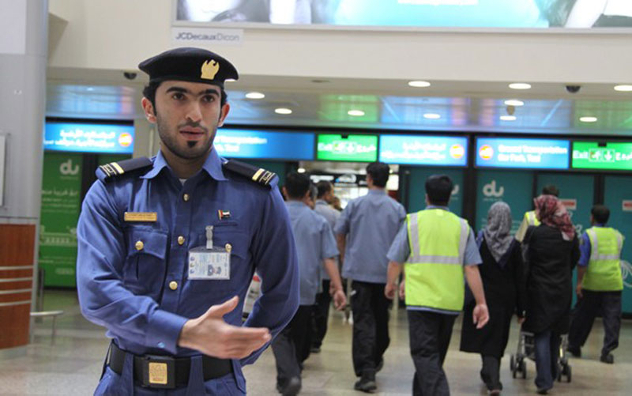 British youth worker Keith Brown was traveling to London from Ethiopia with his wife when he was detained by customs officers while connecting in Dubai. He was found to have cannabis on his person, was arrested on drug possession charges, and was sentenced to four years in prison. He had 0.003 grams (0.0001 oz) of cannabis stuck to the bottom of his shoe. This is about the size of a grain of sugar—not nearly enough to have any psychotropic effect. Fortunately for the 43-year-old father of three, he was pardoned and released early on in his sentence. The UAE is notoriously tough and unyielding on drug crime—a German national was imprisoned for carrying over-the-counter jet lag pills that are legal in Dubai, and a Swiss traveler was reportedly jailed for having poppy seeds on his clothing after eating a bread roll at Heathrow Airport. 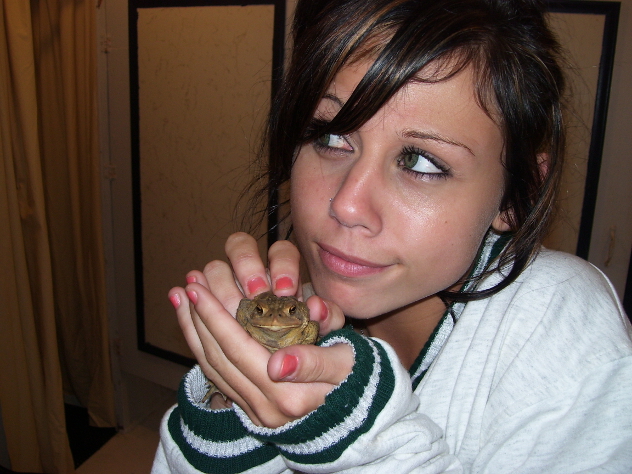 In 2009, 17-year-old Brittanee Drexel told her mother she was spending spring break no more than 32 kilometers (20 mi) from their home in Rochester, New York. Instead, she headed to the party town of Myrtle Beach, South Carolina with her boyfriend and friends. While there, she went to the Blue Water Hotel to visit a friend who was staying there. She stayed about 10 minutes, then walked out of the hotel lobby at 9:00 PM, never to be seen again. Surveillance cameras caught her entering and leaving the Blue Water, but offered no other clues.

The following day, her cell phone signal disappeared. The signal was later tracked to a swampy area, sparking even greater fears for Brittanee’s safety. The area was searched extensively, but nothing was ever discovered. Police interviewed the friend she had visited at the Blue Water Hotel, who had somewhat suspiciously returned home to Rochester that night at 2:00 AM, and searched the room of a person of interest at another hotel, but no concrete evidence or trace of Brittanee Drexel was ever found. Brittanee’s mother eventually moved from Rochester to Myrtle Beach to feel closer to her daughter and to stay involved in the investigation. 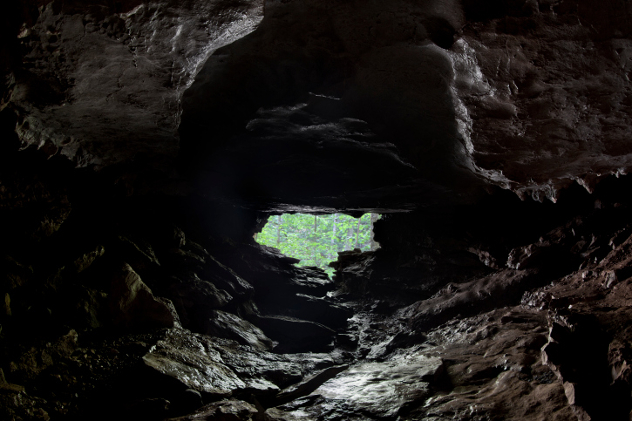 Widower Gary Lutes wanted to share his love of caving with his two sons, Buddy (age 13) and Tim (age 9). In June 1990, he drove with the boys from their home in Florida to explore the New Trout Cave in West Virginia. They set off into the cave wearing headlamps and carrying a pack of supplies including food, water, and extra headlamps. After 305 meters (1,000 ft), they reached a section known as “The Maze,” full of jagged rocks and tight spaces. Fearing the pack would become a hindrance, Lutes left it behind, intending to return in the half hour he estimated they had left in their headlamps.

After only a few minutes, the boys’ lamps burned out. Lutes decided to return to the pack, but soon realized they were lost. Lutes’s lamp died and the family was plunged into darkness. Gary and the boys were trapped in the cave for five days with no food, water, or light. They began hallucinating, retching from the soot left over from past mining operations in the cave, and Gary developed chest pains. On the fifth day, the family was rescued after a nearby resident alerted authorities that the car had been parked outside the cave for days.

The National Cave Rescue Association questioned why Lutes carried just one pack into the cave only to leave it behind and said that as an experienced caver, he should have known better: “This rescue should never have taken place. Gary Lutes violated every rule that the NSS and the rest of organized caving preaches to each and every one of us: Carry three sources of light each! Tell someone where you are caving and when you will return!”

While vacationing in Florida, two 17-year-old teens from Indiana were seriously injured while parasailing in a horrific incident that was caught on video. As wind speeds increased due to an incoming storm, the operator of the boat made an attempt to bring the girls down—only to have the rope snap, leaving Sidney and Alexis strapped in and at the mercy of strong winds. Horrified onlookers saw them sail overheard, screaming, heading straight for an apartment building. They slammed into a balcony, where building residents tried to grab onto them, but the wind was too strong. They hit nearby power lines and crashed into a parking lot, landing on a windshield and shattering it.

Sidney Good suffered brain trauma and cracked vertebrae and will suffer long-term health issues including vision problems. Alexis Fairchild had a broken back, head trauma, and serious lacerations, presumably from the car windshield. The incident sparked fury at the lack of safety regulations for water sports companies. 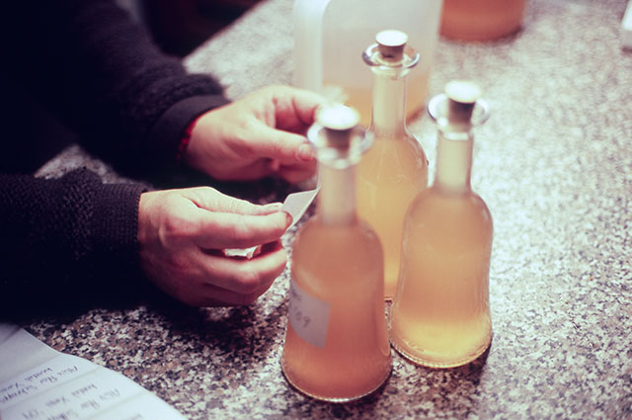 While traveling in Indonesia with her boyfriend, 23-year-old British beauty therapist Cheznye Emmons had to be rushed out of the jungle when she fell seriously ill and was unable to see. Arriving at the nearest hospital five hours later, she was put into an induced coma. Emmons, her boyfriend, and a friend had purchased a bottle of alcohol from a local shop with an original label reading “Gin” and had several drinks. It was later discovered that the gin had been removed and replaced with cheaper home-brewed methanol, which can cause seizures, kidney failure, blindness, and death. Five days after the incident, when it became clear that Emmons would never recover, her parents made the heartbreaking decision to turn off their daughter’s life support. The store was investigated and shut down. Potent home-brewed alcohol is a serious problem in Indonesia—in 2009, 25 people died in Bali after drinking a local spirit tainted with methanol. 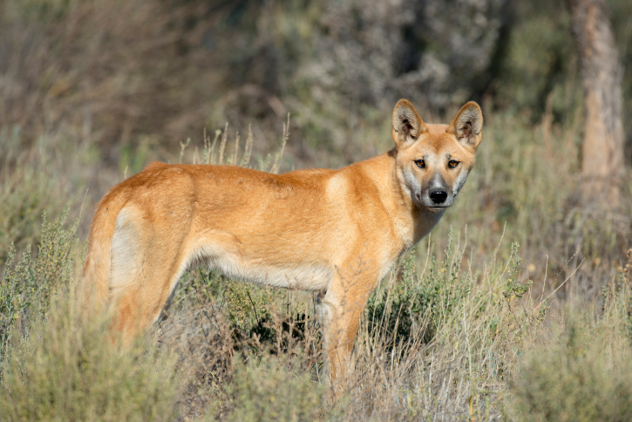 In 1980, the Chamberlain family was camping at Uluru (then known as Ayer’s Rock) as part of a large group. As night fell, Lindy Chamberlain placed her nine-week-old daughter Azaria into their tent. Some time later, screams erupted as Lindy discovered Azaria missing, blood on the tent, and dingo tracks nearby. The initial finding in 1981 was that Azaria had in fact been taken and presumably killed by the wild dogs. However, authorities and the public found it difficult to believe that the animals would come into a camp and attack without provocation and so suspicion fell onto the parents. The next year, Lindy Chamberlain was convicted of the murder of her daughter and sentenced to life in prison while her husband Michael was charged as an accessory.

Lindy served three years in prison, until Azaria’s bloody jacket was found near a dingo lair and she was pardoned and released. In 2012, after extensive investigation bolstered by reports of other attacks by dingoes on children, a coroner finally ruled that a dingo was responsible for Azaria Chamberlain’s death. The story has inspired books, a miniseries, an opera, and most famously the film A Cry in the Dark starring Meryl Streep as Lindy Chamberlain. 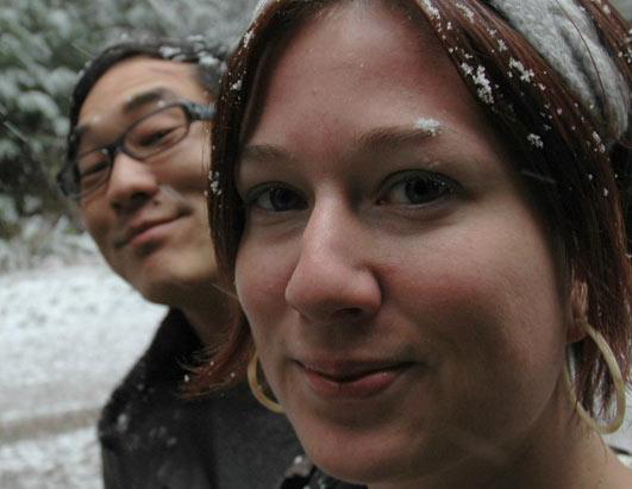 Tech editor James Kim, his wife Kati, and their two young daughters set off from Portland, Oregon the day after Thanksgiving 2006, heading for the southern coast. After missing a turnoff, the Kims followed what looked like a shortcut on their map, but was in fact a treacherous road over the mountains. After realizing the route was impassable, the Kims attempted to back their car out, but were unable to do so. They spent the night in the car, only to wake up surrounded by deep snow: They were stranded. The Kims ran the car engine to stay warm and burned tires after the gas ran out. Katie Kim breastfed Penelope, four years old, and Sabine, seven months. After several days, James Kim decided he had to go for help. He set off, saying he would return shortly if he couldn’t find a way out. He never made it back to the car. After nine days, helicopters hired by James Kim’s parents discovered and rescued Kati Kim and her girls.

The body of James Kim was discovered in a creek two days later—he had walked several miles through a steep canyon, but sadly ended up only one mile (as the crow flies) from his family’s car. Tragically, if he’d walked a mile in the other direction, he would have found an empty lodge packed full of food and supplies.