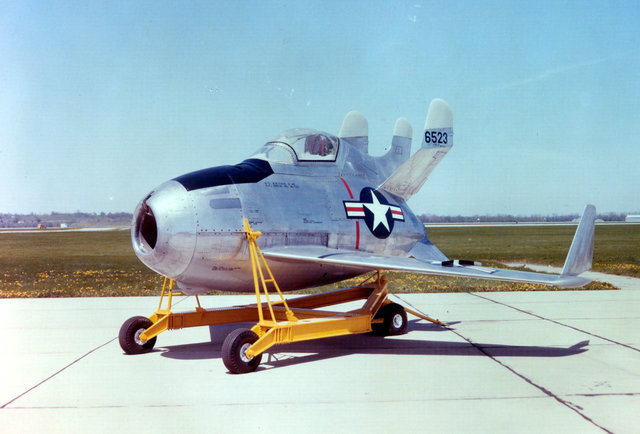 Ever since Orville Wright turned to his brother Wilbur and said “Hey bro, let’s totally pioneer the world of human flight!”, the skies have been abuzz with aerial vehicles of every shape and size. Some, like the Boeing 747, are instantly recognizable to anyone who’s ever seen an airplane; others, like the ones below, leave you scratching your head, wondering how they ever got off the ground in the first place. These are the 10 absolute strangest flying vehicles ever to grace the wide blue yonder. 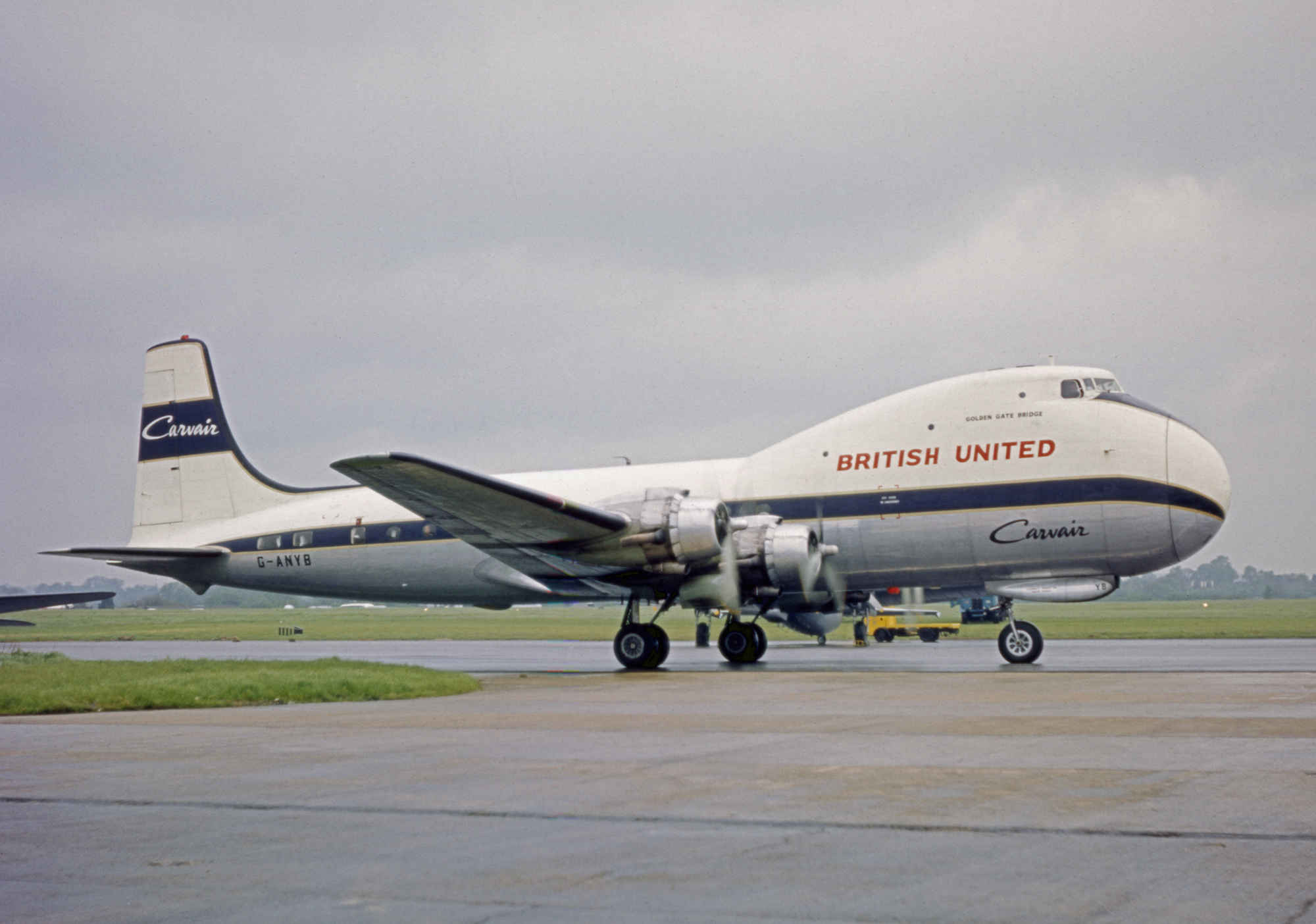 Year of first flight: 1961
The ATL-98 looks like just another run-of-the-mill passenger plane… until you see its massive, hydrocephalic head and realize it’s basically a giant, one-sided Q-tip with wings. These planes were the result of taking the airframe of the iconic Douglas DC-4, then adding a bloated head section that allowed it to transport up to five cars in addition to the 25 passengers in the rear. Besides being notably crash-prone (eight of 21 produced were lost), the relatively small payload of the ATL-98 meant it was destined for the scrapyard.

Still, it made an appearance in Goldfinger, so that’s gotta count for something, right? 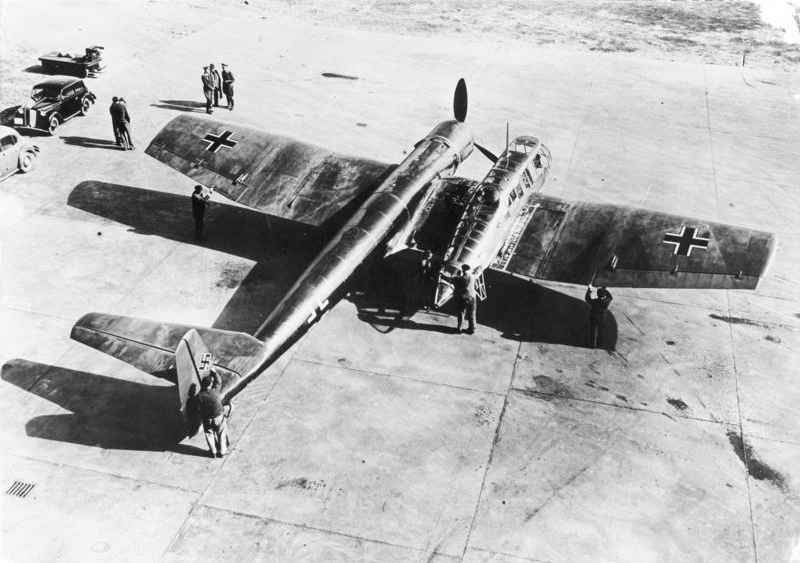 Year of first flight: 1938
If you asked a one-eyed German engineer to design a plane and only let him get halfway done before sending the schematics to the assembly lines, the result would probably look like the BV 141. Despite its unconventional design, the BV 141 actually performed reasonably well in its role as a reconnaissance aircraft, but the Nazis only had around 25 made, and all of those were destroyed (either during the war, or in the years afterward). 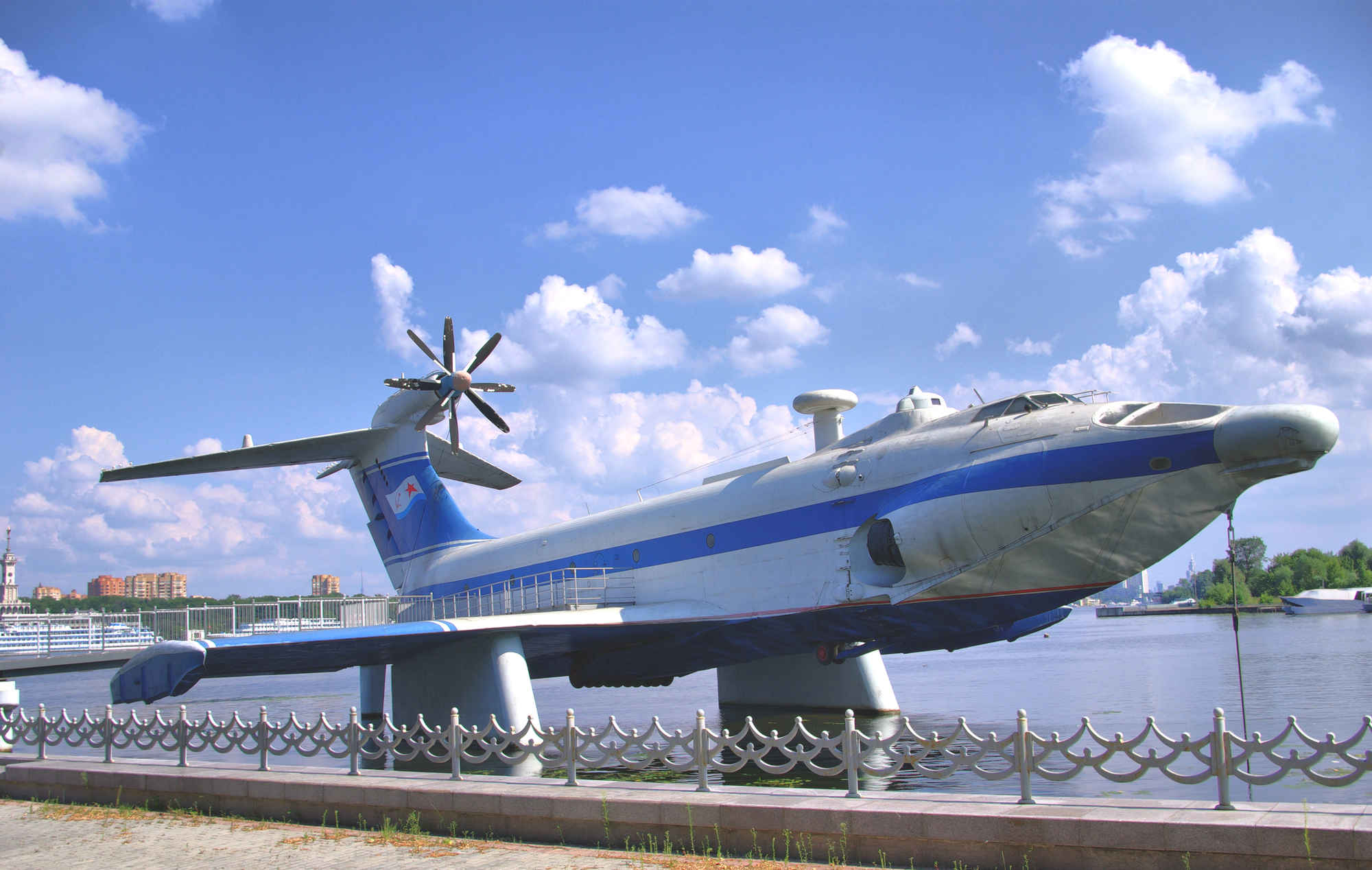 Year of first flight: 1972
This fugly behemoth was one of Soviet Russia’s forays into creating “ekranoplans,” or vehicles that use an aerodynamic principle known as ground-effect to achieve flight. These amphibious machines could fly several meters above the surface of the water, and the Orlyonok (or “Eaglet”, in English) could take on a payload of up to 61,730lbs while reaching a fairly impressive max cruising speed of about 250mph.

Check out a video of the thing in action here, set appropriately enough to “Land of Confusion.” 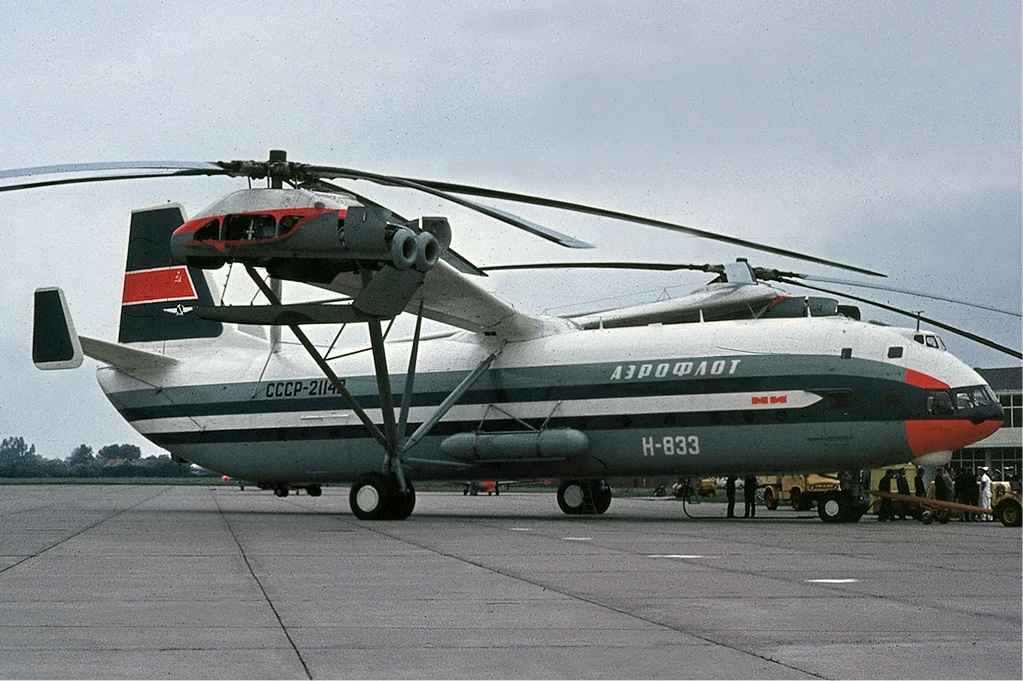 Year of first flight: 1968
Sticking with the theme of crazy Russians and their crazy contraptions, the Mil V-12 was their attempt to create a humongous transport helicopter capable of delivering 196 passengers (or around 80,000lbs of cargo) over a distance of up to 311mi. While only two were ever built, and the Soviets ended up scrapping the design because it was just too complex, the V-12 did in fact fly, and to this day it’s still the biggest helicopter ever constructed. 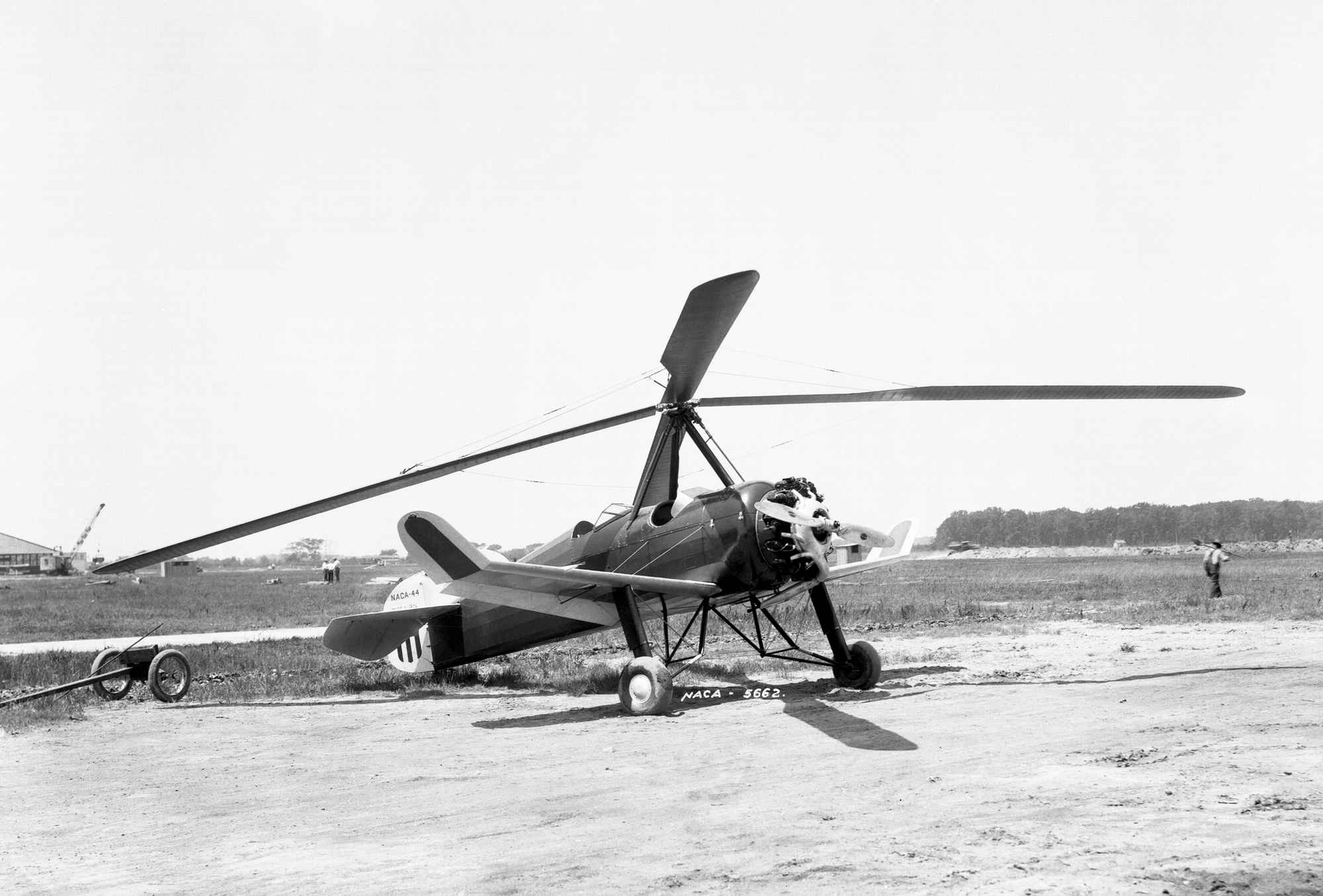 Year of first flight: 1931
Looking like the bastard child of a helicopter and a prop plane, the PCA-2 autogiro was Pitcairn’s first rotary wing aircraft to achieve type certification (basically approved airworthiness) in America. The top rotor provided the craft’s lift, while the conventional propeller up front provided the thrust that allowed it to hit a max speed of 118mph. Amelia Earhart famously set an 18,415ft altitude record using one of these babies in 1931, and was the first woman to pilot an autogiro (after only 15 minutes of instruction). Let’s blame her disappearance on not flying one of these contraptions on that fateful flight. 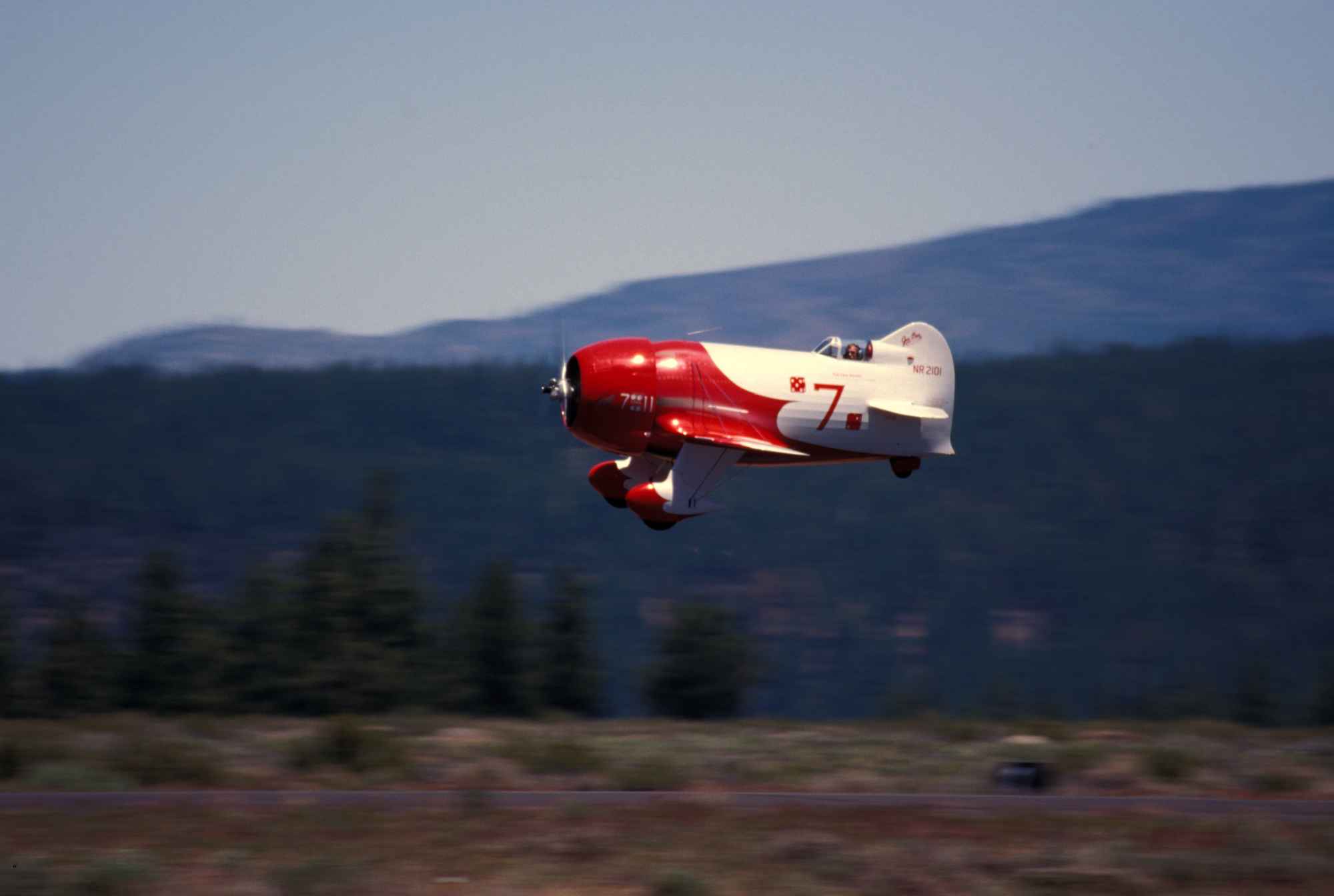 Year of first flight: 1932
Essentially a massive engine with wings, this racing plane’s stubby, teardrop shape actually gave it an aerodynamic advantage, allowing it to make extremely tight turns without sacrificing altitude, while the extreme rear location of the cockpit gave the pilot a better field of view. These advantages, along with a blistering top speed of nearly 300mph, also made it extremely tricky to fly. As a result, both the Model R and its predecessor (the Model Z from The Rocketeer) were notorious deathtraps in even the most capable hands. 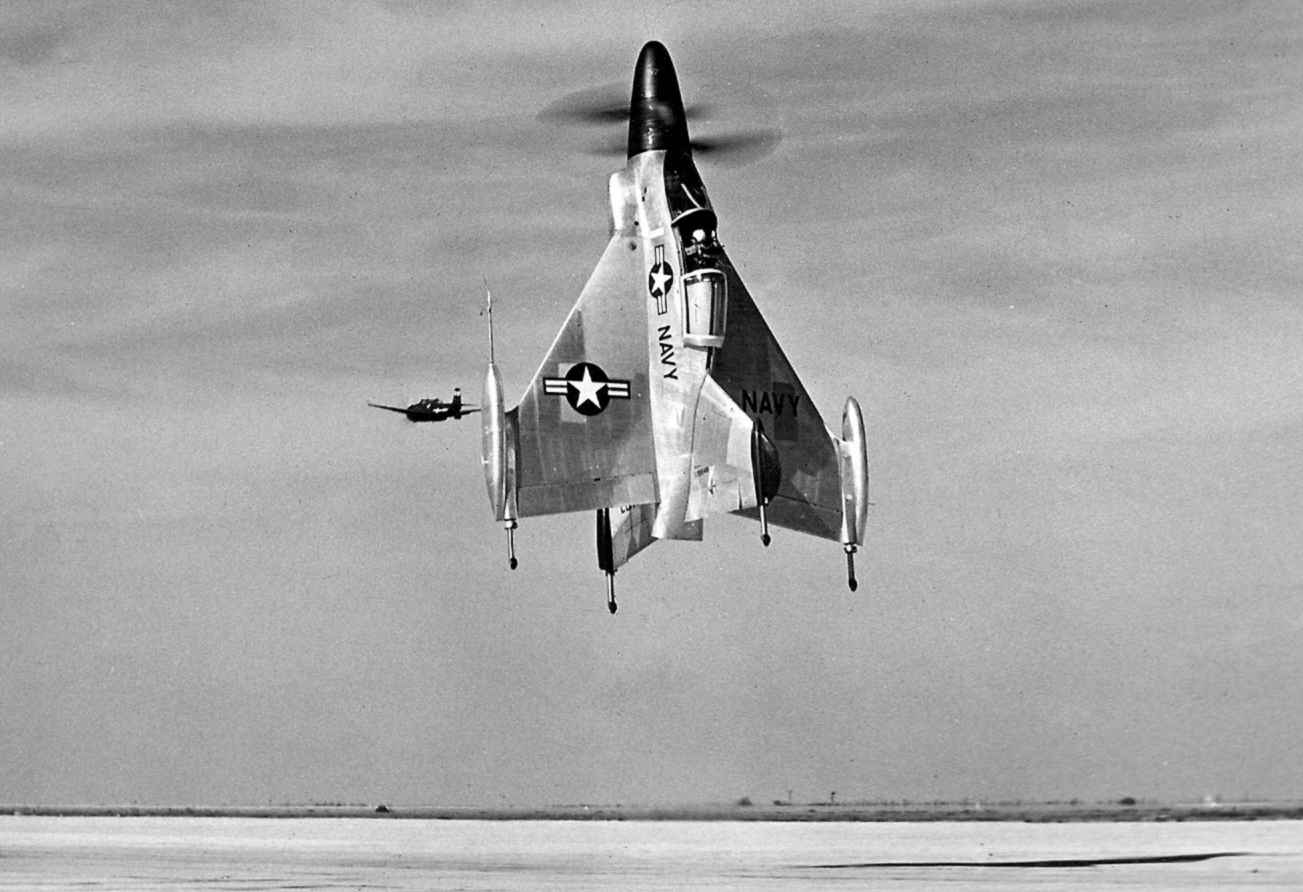 Year of first flight: 1954
One of several early experiments in vertical take-off and landing (VTOL) fighter technology, the XFY-1 was designed to take off and land from a peculiar, nose-up position, turning horizontal once it had gained altitude. This would’ve allowed it to be mounted aboard all sorts of non-aircraft-carrier ships, giving them much-needed flexibility in the post-battleship era following WW2. That’s a whole lot of hyphenated rationale just for one plane.

Ultimately, the XFY-1 turned out to be awkward to both fly and land, with the pilot essentially having to peer over his shoulder to keep the thing straight, so it never really caught on. 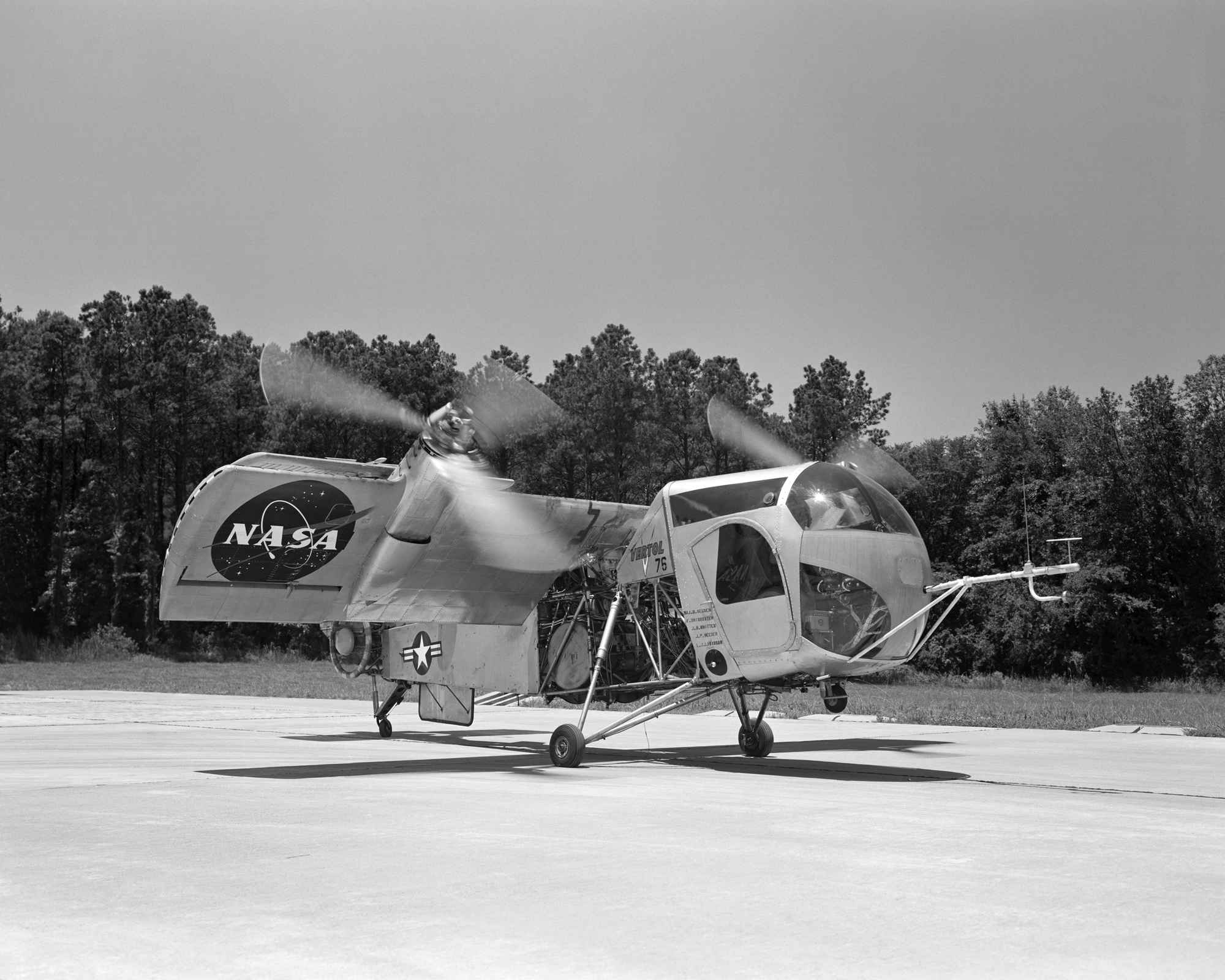 Year of first flight: 1957
The VZ-2 was a much more successful experiment in vertical takeoff and landing, this time using a “tiltwing” design that made the transition from vertical to horizontal flight WAY easier. Despite its awkward, science-project appearance, the VZ-2 was surprisingly maneuverable, and while it was never put into mass production, this ugly little flier ultimately advanced the development of VTOL tech used in modern aircraft, like the Bell Boeing V-22 Osprey. 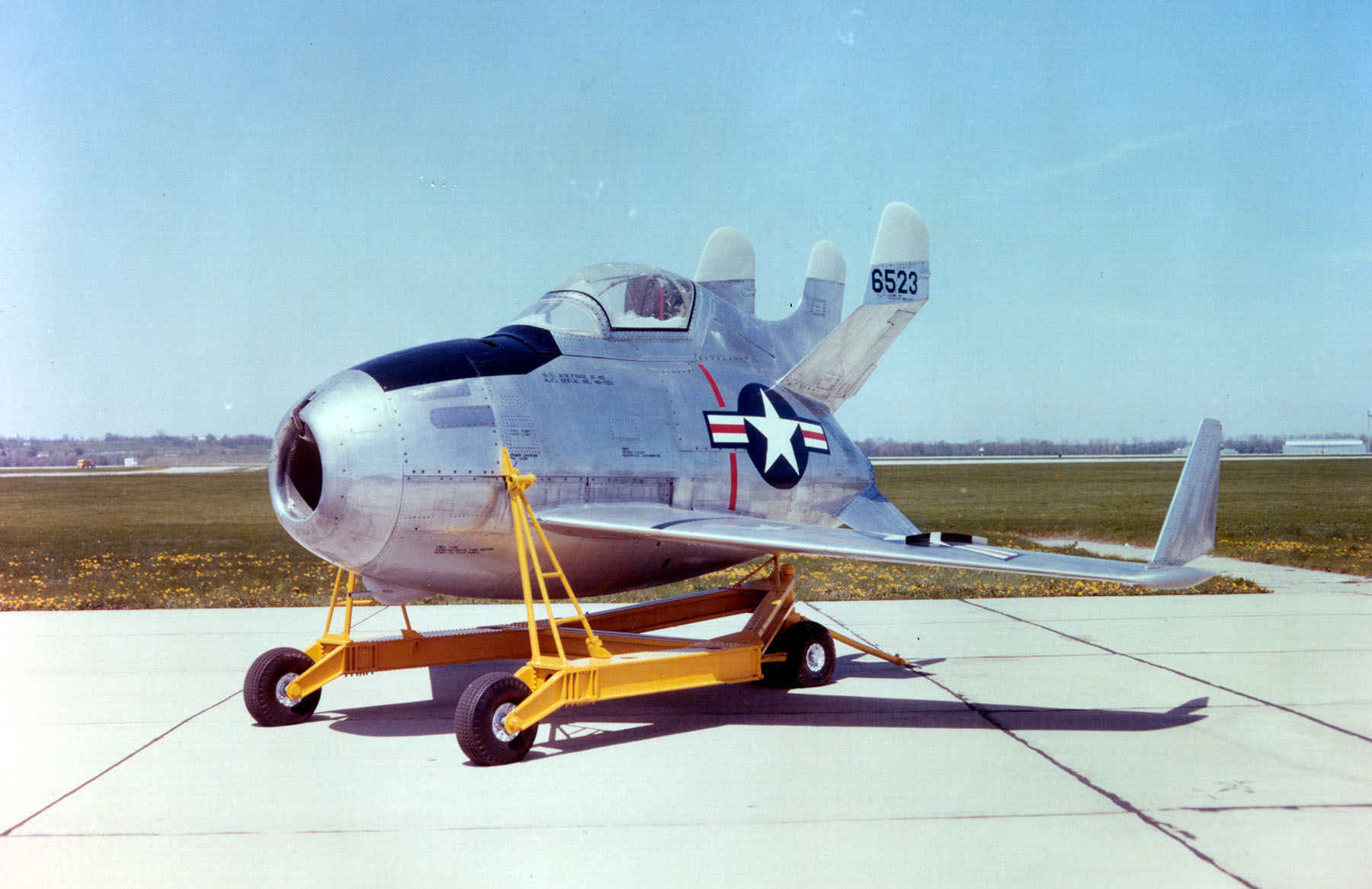 Year of first flight: 1948
The world’s tiniest fighter jet was an attempt to reconcile the increasingly long range of heavy bombers with the limited range of their escort planes. This parasite craft was actually designed to deploy from within a B-36 bomber’s bomb bay via a specialized trapeze system, only to return to its mother ship once all threats were eliminated. Pretty sweet concept, right?

Unfortunately, this hive-and-drone-bee story turned out to be a bust, as the little fighter’s middling performance would’ve seen it woefully outmatched by other jet aircraft of the day. Thus, the project was scrapped. 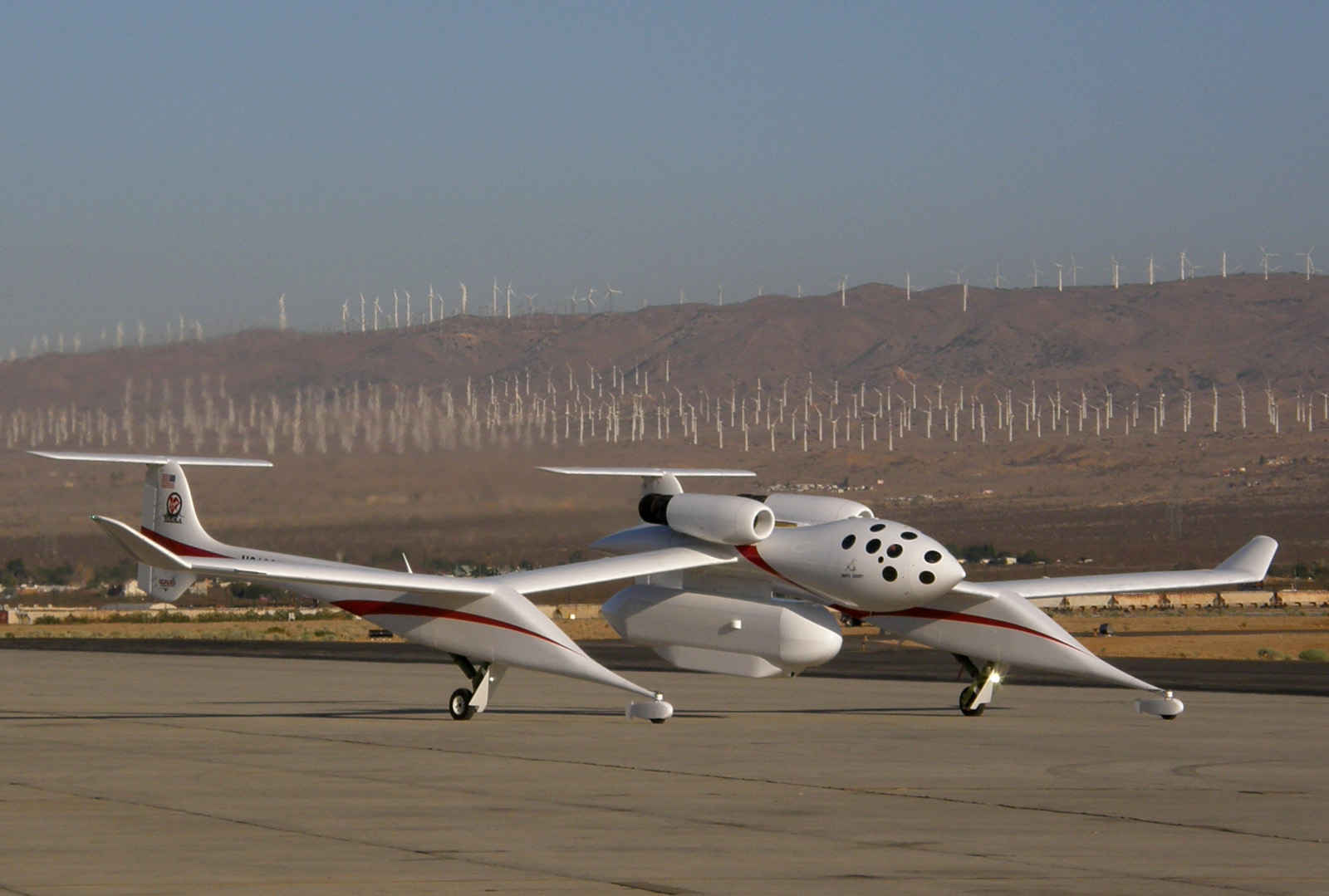 Year of first flight: 2002
With its porthole-speckled cockpit and extendable bent wings, the White Knight One might be the most peculiar-looking aircraft that actually succeeded in its intended purpose. Designed primarily as a carrier vehicle for SpaceShipOne, the spaceplane that made the world’s first manned private spaceflight, this thing saw brief use as a research test platform before being officially retired to The Flying Heritage Collection in 2014. Not a bad run, all things considered. But not exactly practical in the long run.

THE 10 WEIRDEST AIRCRAFT TO EVER FLY