10 Worst Dreams To Chase And Why

Because the media insists on bombarding us with fantastical success stories, a lot of people’s heads get pumped full of unrealistic ambition. Simply having a steady job and all your needs met isn’t enough. Having to do repetitive manual labor of any kind is practically shameful. No, it’s the professions on this list that you’re supposed to be desiring. Rather, you’re supposed to be desiring highly romanticized versions of these professions. But, the thing is, you probably don’t actually want these jobs or you won’t get them. 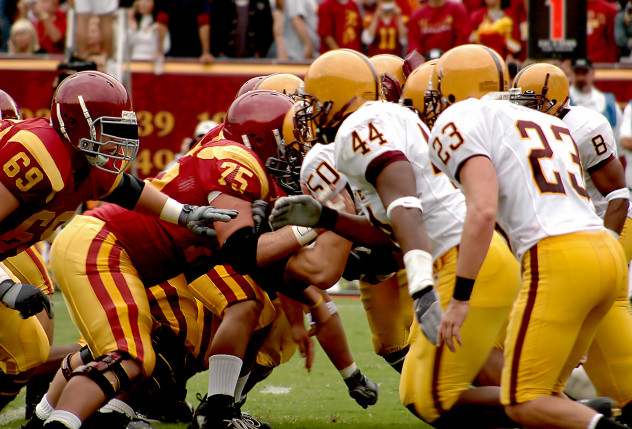 It’s generally understood that it’s a pipe dream for just about anyone to believe their high school sports participation is going to lead to a career in that field. After all, in America, a student’s likelihood of going from high school football to a career playing professional football are about about .08 percent. The real reason to have students play sports is to encourage team-building behavior, get students to stay in shape, make connections, and stay sober.

However, it’s a physically terrible pursuit even though all 50 states have passed safety legislation since 2009. Prior to that, in 2008–2009 alone, 120 students died from heat stroke, injuries, and other football-related activities. To put that death rate in perspective, 297 American students were killed by school shootings between 1980 and 2012. In many cases, there is strong evidence that it increases the rate of brain degeneration by decades which can go undetected for years. Some estimates put the figure of students that suffer brain damage from playing the sport as high as 20 percent. 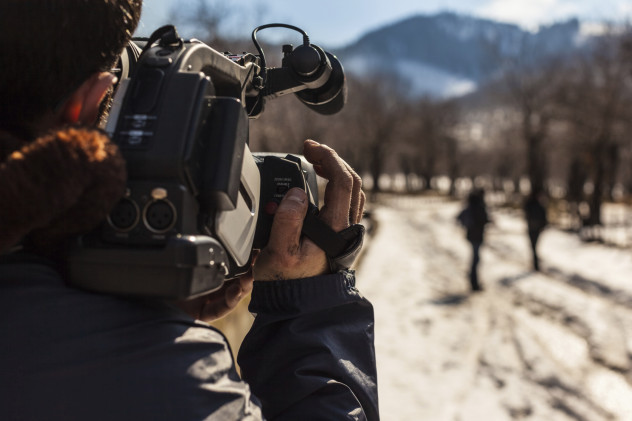 We’ve heard numerous stories of indie movies, like Clerks, The Blair Witch Project,El Mariachi, and Paranormal Activity, that reaped massive rewards for small amounts of money. These films connected deeply with audiences and many people now try to make their own movies outside of the major studio system. People spend an estimated $3 billion on the thousands of indie movies made every year in America. That is about as much as each of the major studios spend on their films.

This is very unfortunate for all the aspiring filmmakers because the venues for independent films are shrinking even as the number of indie movies constantly increases. People largely only go to the theater to see major productions, not small movies. There are now 4,000 movies submitted to the Sundance Film Festival alone. Only a small fraction of those get screened, which is likely to be the only chance they have of ever getting distributed to the viewing public. Every year, the president of Sundance estimated between 10,000 and 15,000 movies get made which don’t get distributed. That’s billions of dollars down the drain.

If you’re thinking that video on demand or DVDs will save you if theatrical distribution is out of the question, an indie movie is very lucky if it grosses $25,000 through those distribution methods. In short: Don’t make an indie movie. 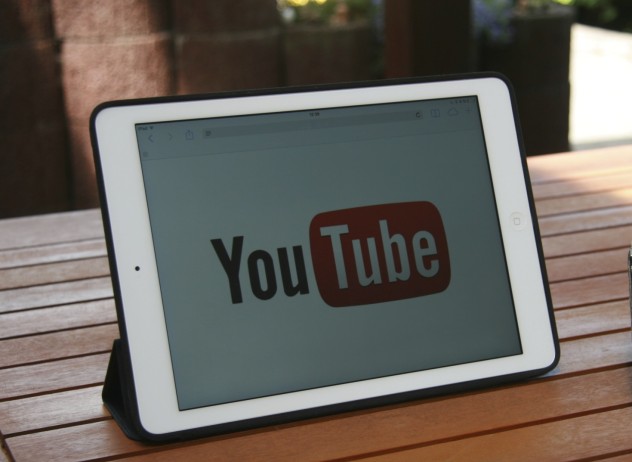 If you can’t feasibly make any money off making your independent feature film, surely doing something where the expenses are limited to a webcam and screen-capturing software is more affordable. You could even be like Felix Kjellberg and make a reported $4 million a year.

Except that won’t work. At present, the market is extremely saturated to the point where you’ll need to go years without making effectively any income before there’s any payoff, and the payoff is currently shrinking. Between 2012 and 2013, rates for monetized views dropped from $9.35 per 1,000 views to $6.33. That might still sound sweet until you learn that as few as 20 percent of views are monetized and that YouTube keeps half your revenue.

There are popular channels that report they’re losing as much as 50 percent of their ad revenue, even when channels get as many as two million subscribers, such as user boogie2588. The guy is clear that he “certainly isn’t rich now.” And it’s very unlikely any videos you make would bring you anywhere near that many subscribers and views.

If you’re one of those prideful people that won’t go the PewDiePie/Fred way of putting in no effort, you’re likely going to need to make like juggler/million-subscribers personality Olga Kay and get personnel to take care of editing your videos. A video editor alone will cost you hundreds of dollars a week, which is pretty significant even when you make roughly $100,000 like Olga Kay did. She explicitly said that if she knew the trouble she went to for the channel and what the rewards are now, she wouldn’t have tried to launch a YouTube career. 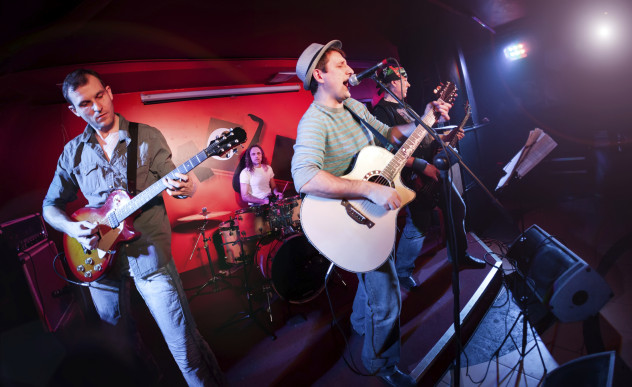 In 2009, MySpace had five million bands on it, so you get something of an idea just how many potential competitors there are in this field. You’ve probably also heard or repeated the old expression “don’t quit your day job” countless times in regard to live music you have heard. That’s the sort of humiliation and irritation that awaits anyone who tries to make it in music and achieves anything less than quick fame. Thing is, it’s not too much better even when someone “makes it.”

Even if someone gets signed to a major label, they get a fairly small percentage of what their album actually sells, as reported by Techdirt. If they’re part of a band, they can look forward to 2.88 percent of the net sales of an album. Even if someone was a completely solo act they’d only get 11.52 percent of their sales.

But you might say, “Well, that’s after they’ve been given a huge advance.” But even if you’re one of the bands given $1 million, your take from the amount will be cut down to only about $45,000, and you’ll only get your sales percentage after all the money the label gave you is paid back. So, it’s possible for a band to go platinum and not make any money from album sales beyond the initial down payment, just like 30 Seconds to Mars. As for bands that don’t quite go platinum, consider the band Violent Soho, who have sold out all over Australia and been on American charts. While all that was going on, one of their members went to get ajob at McDonald’s. 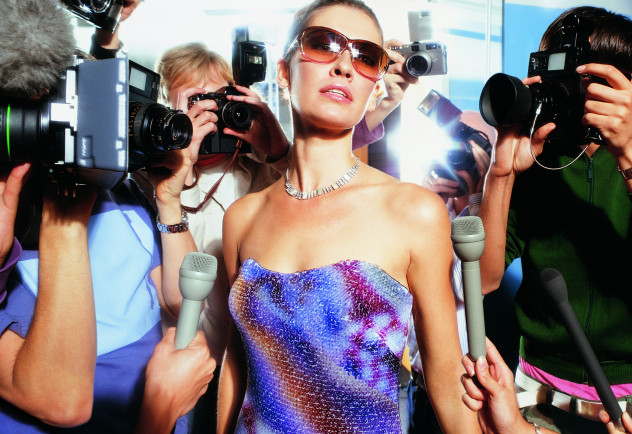 Yes, it’s a cliche that actors have to get jobs as servers because there’s never enough acting work to go around. But it’s common for us to hear the anomalous inspirational stories like the fact Brad Pitt and Jon Hamm were struggling actors who rose to prominence.

We have to remember the only reason anyone cares about those names is because there are so many people that are worse off than them. In 2012, the Bureau of Labor Statistics put the number of unemployed actors at 28.5 percent. Even if you are one of the lucky group who can find work, the pay is so bad that the Screen Actors Guild reports that the vast majority of the actors make less than $1,000 a year. 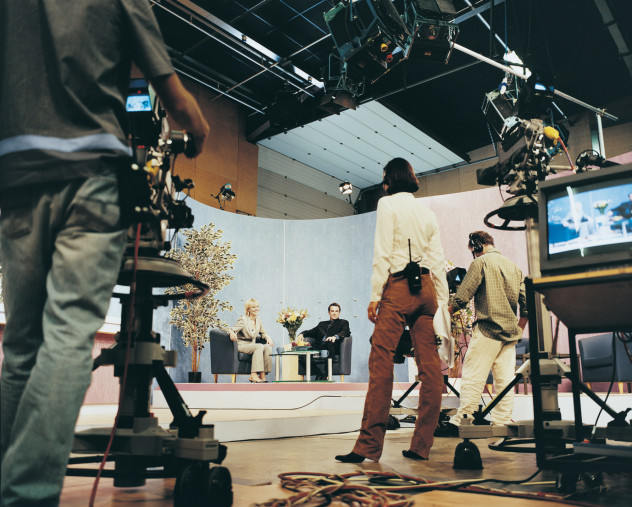 You might think that those actors wanting to be in movies are just attention grabbers who don’t appreciate the depth of the craft. But you have your head on straight because you developed filmmaking skills. You’re going to be part of a camera crew, work the sound department, costuming, or elsewhere in the movie business. That means you’ll be far less dispensable than those actors since, if nothing else, there’s much less competition in your field.

But the unemployment in this field is still abysmally bad. According to the Bureau of Labor Statistics, the unemployment rate for film crews was at 43.5 percent in 2012. Even musicians had a much better employment rate than that. A big contributor to this seems to be that many of them become union members which makes them prohibitively expensive. Frankly, it probably would be best to drop your dreams of having much of anything to do with film or television. 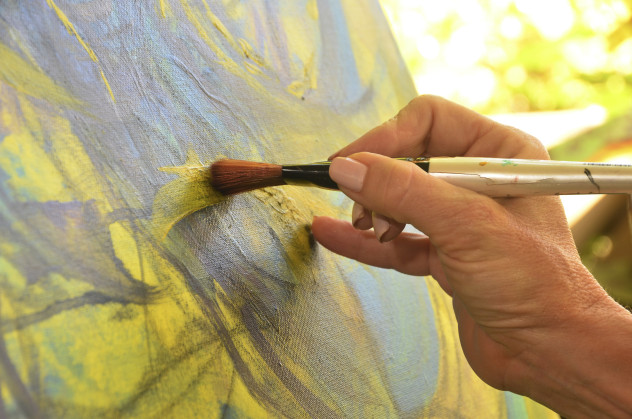 So, what about making your own work in a way that doesn’t involve the large cash risk that even cheaper independent films can entail? If you can make money from teaching yourself to draw, then you’ll have complete control over how the images you create come out. You’ll be able to produce content whenever you want without having to rely on others.

Thing about that is that the job market for artists is really bad. It’s the 10th worst major for college graduates to have, according to CBS. There’s also evidence that it’s not a psychologically healthy field to be in. For example, Health.com reports that at least 9 percent of artists reported experiencing a major depressive periodwithin a given year. The unusually high rate is attributed to long hours, anxieties related to irregular pay, and the tendency for the work to be socially isolating.

If you want to go the more regular route, there’s not much money in that either for most people. Barring a few people who lucked out, the pay can often be ridiculously low. Take Jim Zub, a popular artist whose comics (like Skullkickers) were sellout pieces. He claimed a comic artist can’t even realistically expect to make $37.50 a page if she or he sells it through prevailing market rates. That’s what midlevel success as an independent illustrator looks like. 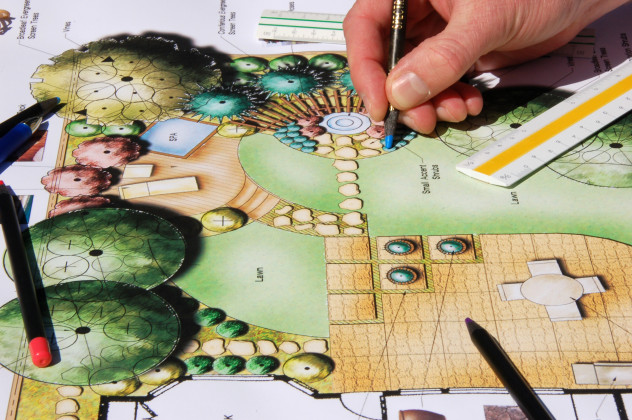 As shown in books like The Fountainhead, architects can have an almost mythical level of esteem surrounding them. They’re people that literally get to change the landscape with little more than vision and the discipline to get it on paper, if they can then sell the design to the right people. Some like Frank Lloyd Wright, Rem Koolhaas, Richard Meier, and Frank Gehrey have become known as “starchitects.”

The same CBS report that told us visual artistry is the career field with the 10th worst employment rate in America put architecture up at No. 6. That was actually a fairly optimistic report as far as the profession goes. The Washington Post cited a Georgetown University study which put the unemployment rate all the way up to 13.9 percent. It’s hardly surprising as even though the economy is supposed to be recovering, as of 2014 there is still a massive decline in home construction. 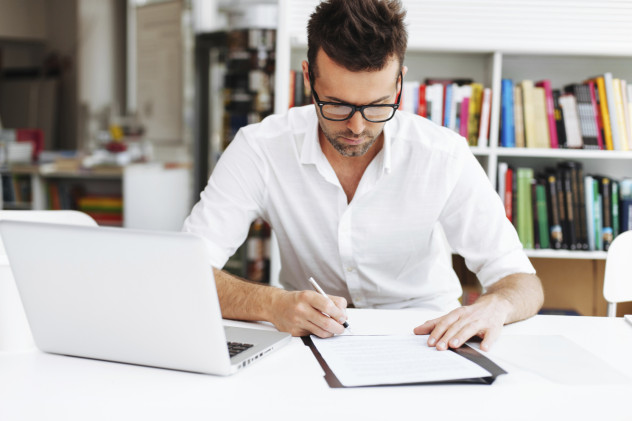 The odds are that writing a book will just waste a lot of your time and other resources. Even if you’re one of the few that has the drive to finish your manuscript, your odds are less than 1 in 50 of getting a publication deal. Even if you get published, the odds of your book being profitable are only 1 in 2. Does a 1 percent chance of your book successfully entering the marketplace sound like a worthwhile chance of success to you? That’s not even mentioning all the expenses that might be incurred, such as having your manuscript professionally edited and the other costs involved in creating a manuscript that you could reasonably assume would interest an agent or publisher.

1  Starting Your Own Business 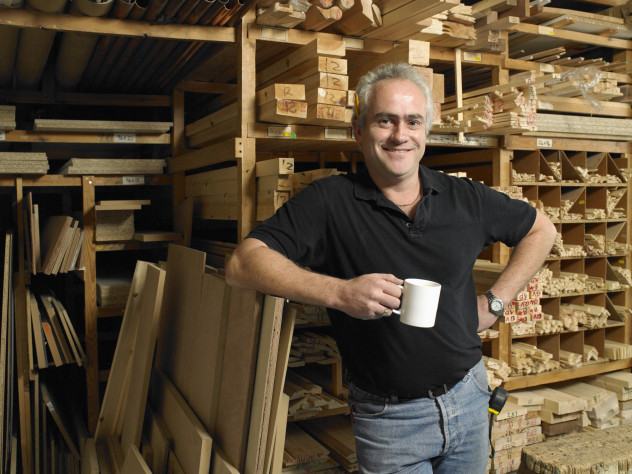 The value of the aforementioned pursuits is mostly abstract and artistic. The value of starting a business is certainly more tangible for society, and it seems more practical even if the product or service is impractical. But it’s a huge gamble to start your own business.

You might have heard the figure that 90 percent of businesses fail. You may also have heard old studies that claim to debunk the 90 percent figure. The truth is actually worse than the original claim conveys.

While recent studies have found that if you define a business as being a “failure” on the basis of whether or not it meets its goals (such as revenue projections), then a whopping 95 percent of startup businesses fail. Worse, an estimated 30–40 percent lose all of the money that was invested in them. Some might offer that the failed businesses are learning experiences and that people that make multiple startups have a better chance of succeeding than people that only make one attempt.

However, even the most optimistic reports give serial entrepreneurs only a 30 percent chance of success. Over the course of multiple tries—with multiple startups worth of money being lost—an experienced entrepreneur’s odds of success are slightly worse than the likelihood that they’ll lose every dollar invested in their startup.