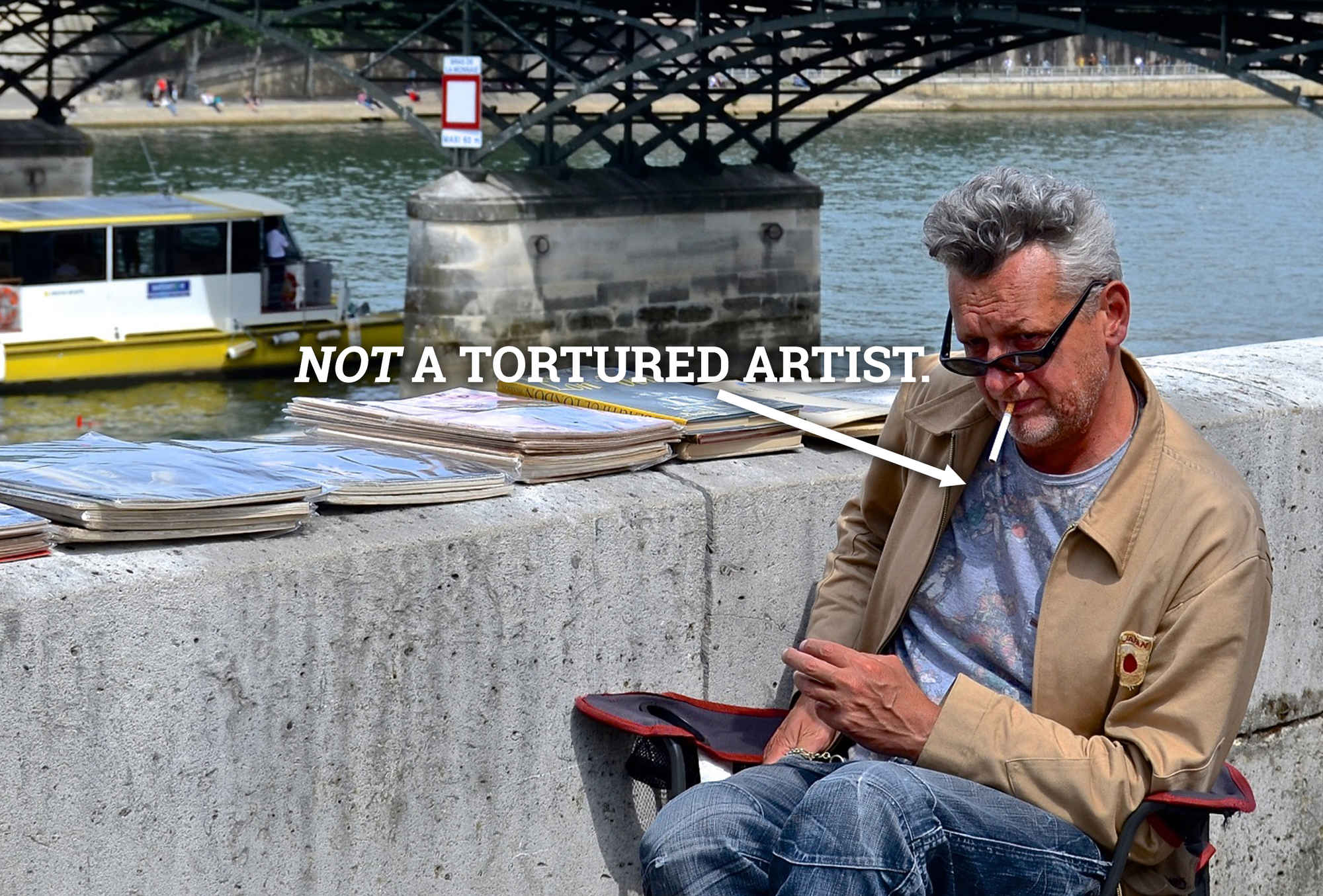 “The French.” Two words usually uttered in America with a sneer and an offhanded comment about chain-smoking and world wars. Either that, or you get an obnoxiously over-the-top, 20-minute soliloquy from some Francophile who studied abroad in Paris and won’t shut up about the “French Paradox.”

But are any of the stereotypes you know and love about the French actually true? In her new book, They Eat Horses, Don’t They?, British author Piu Eatwell (could not make that up) examines 45 myths about the French. Her findings? Yes, they do eat horses, though not nearly as much as the Italians. And yes, they do smoke a lot. But on the whole, a lot of things we assume to be true about them are just flat-out lies. Here are 11 of the most fascinating. 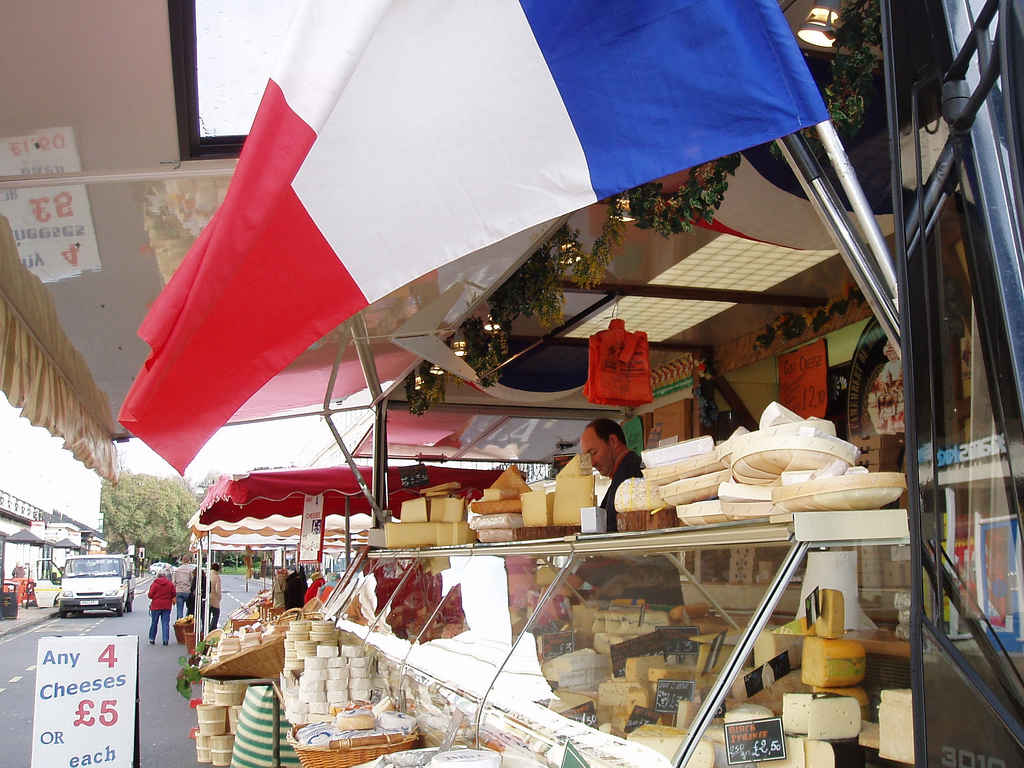 1. The French are the world’s leading consumers of cheese

Sure, your average Frenchman consumes 57lbs of cheese a year, a good 24lbs more than the average American (they don’t count cheese in Whiz form, apparently). But they’re far from tops in the world — Greeks consume a whopping 68lbs of cheese a year per person.

2. They all wear berets

While the beret was originally worn by early 20th-century peasants in the Basque region and throughout the Pyrenees, artists like Picasso and Dali actually made it famous. Walk the streets of Paris today though and you won’t see many at all, unless you happen to pass a traveling soldier or exiled dictator. 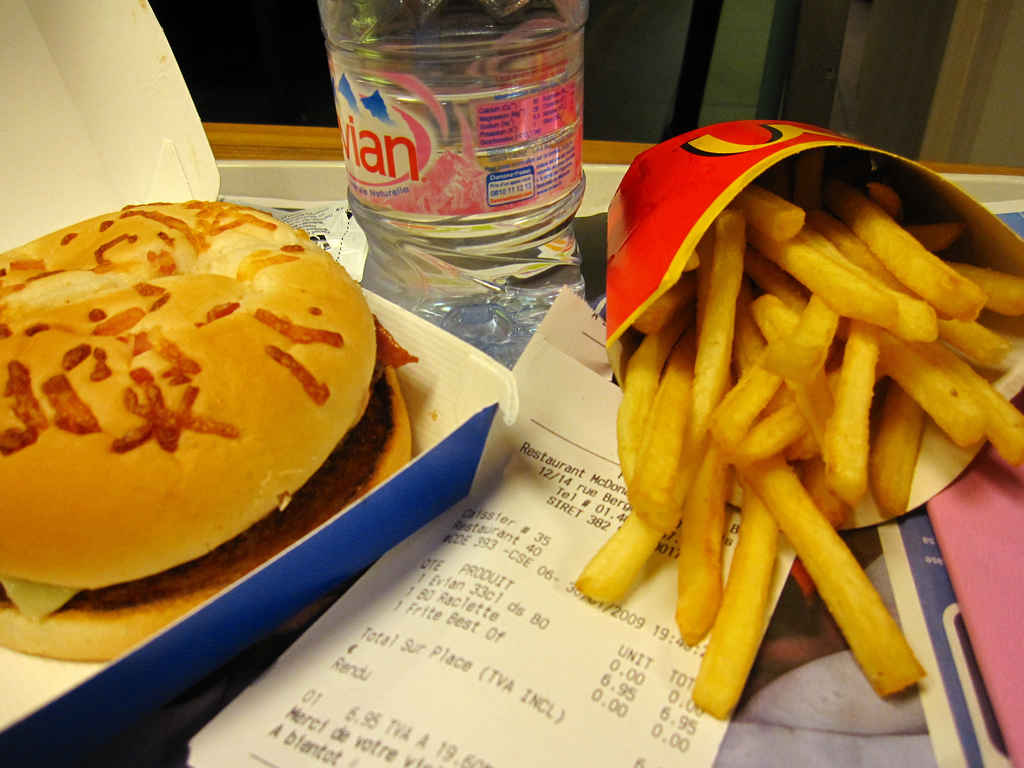 Because the French believe they make the greatest food in the world (a myth Eatwell deemed “partly true”), it stands to reason that they would turn their berets up at a McRoyal with cheese and derisively refer to Americans as a bunch of “hamburger eaters”, right? Or maybe, just maybe, they are actually McDonald’s second largest market in the world. Yep, 7 out of 10 meals in France eaten outside of the home are consumed at fast food joints. Daaaamn. Although the French Mickey D’s do source all of their products from French farms, offer waiter service and macaroons, and even top their burgers with local cheese.

4. Every French bathroom has a bidet

The word bidet is actually French for “pony.” And, as you no doubt learned from listening to Ginuwine, before it was used for after-bathroom cleansing, the bidet was used as an after-doing-it wash for women. In fact, before the advent of the pill, the bidet was considered a de-facto form of birth control (which might also explain why the French have such large families — another myth deemed true). Today, only 42 percent of French homes and 25 percent of hotel rooms have bidets. 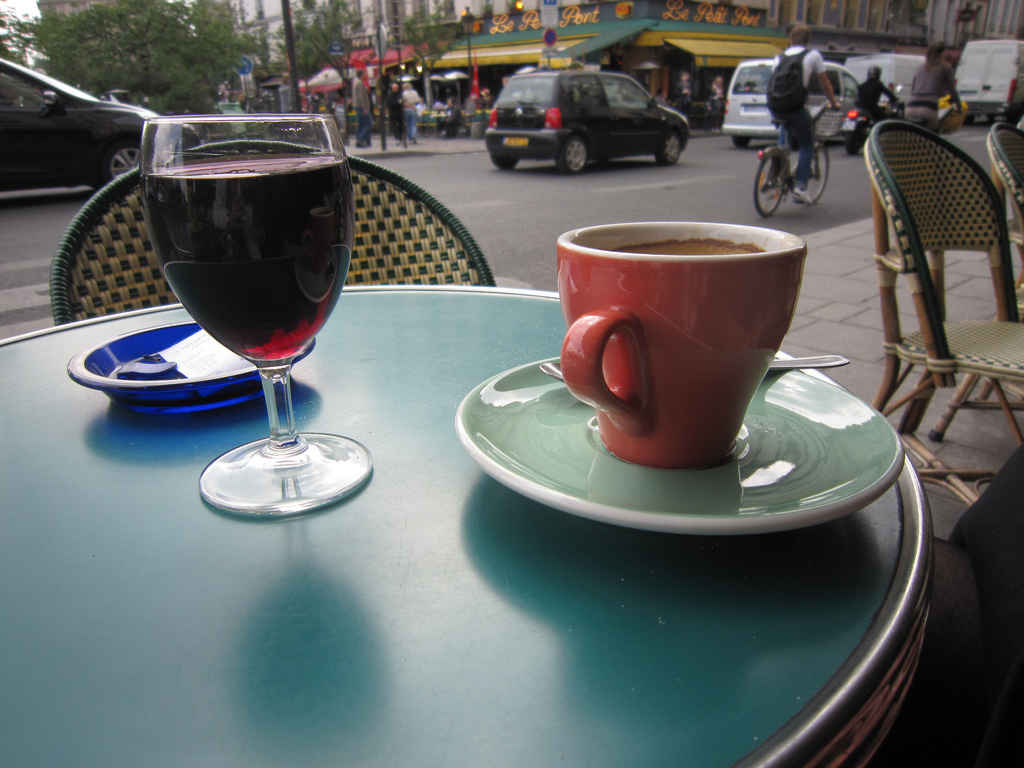 5. They drink wine with every meal…

When people bring up the “French Paradox,” there’s typically some mention of their Giant-like consumption of wine. However, this stereotype is out of date: since 1980, national wine consumption has dropped from 13 billion gallons to 8.5 billion. In 1970, the French drank twice as much wine as mineral water, whereas in 2002, mineral water consumption doubled that of wine. And while a 2011 survey found that French people over 65 years old still drank wine once a day, the 30-40-year-old set knocked back a glass only once a week, and those under 30 rarely drink wine outside of family occasions.

6. …and don’t lose their inhibitions

Although the French rules of savoir vivre strictly prohibit signs of intoxication, the younger generation has so embraced le binge drinking (it’s a real term) that the rate of alcohol-related hospitalizations rose 50 percent from 2005 to 2007. A 2011 survey showed 44 percent of 15-17 year-olds admitting to binge drinking in the past month. 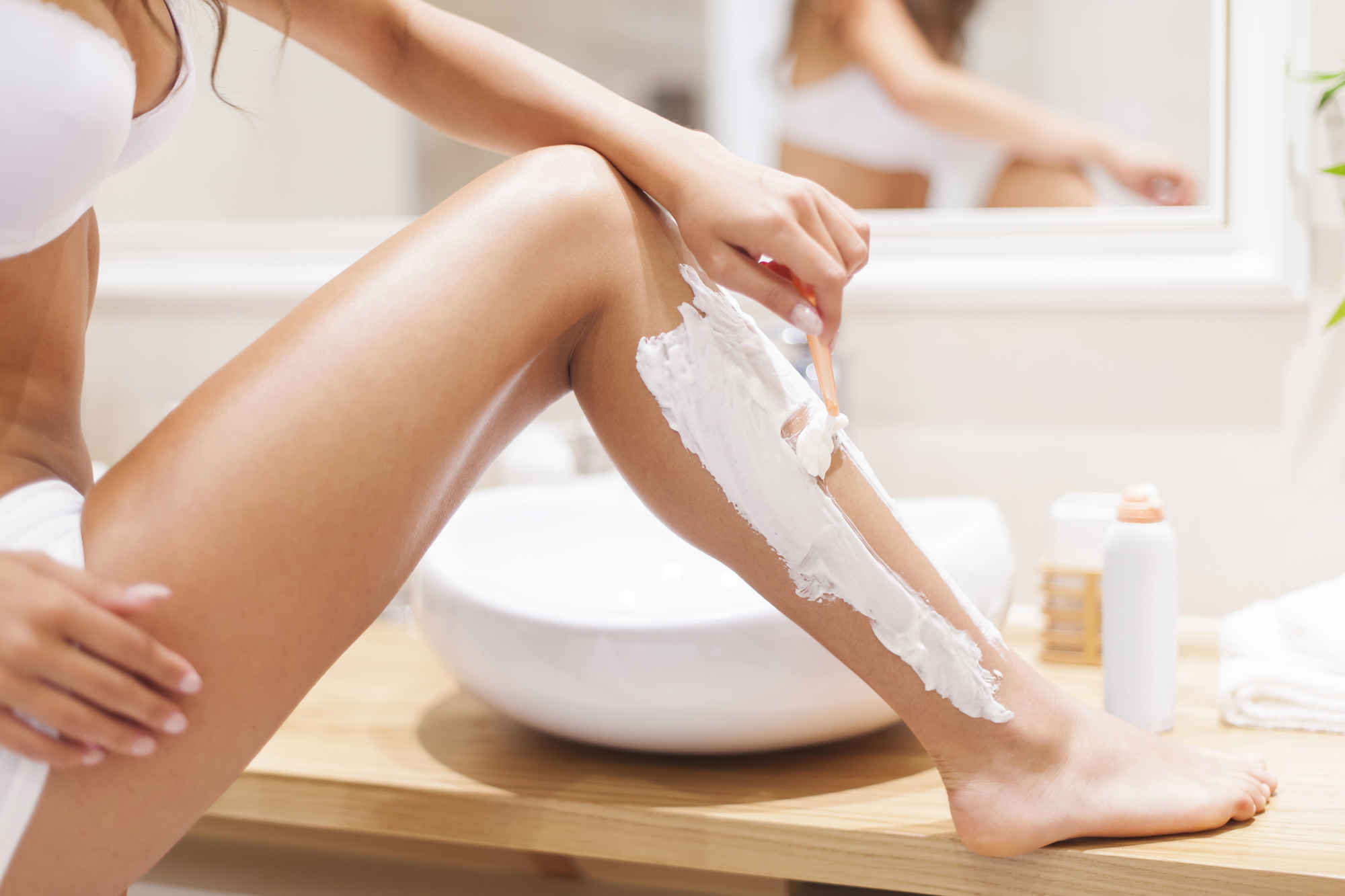 You’re about 10 times more likely to find an unshaven woman in Portland than you are in Paris. The “all-natural” movement isn’t so much a thing in France as it is a marketing-generated myth: after World War II, American razor depilatory cream companies — as well as nylon stocking manufacturers — wanted to extend their markets overseas and began pushing the fur-free lifestyle hard in France. According to a 2006 study, 77 percent of French considered it important for a woman to be free of body hair; 83 percent of women shaved their legs, 73 percent shaved their armpits, and 54 percent shaved their bikini line.

8. The French don’t get fat

Another point Francophiles like to make when calling Americans obese is that the French spread a pound of butter on all their food, eat bread in their sleep, and still don’t gain weight. A three-year survey from Roche, however, found that 47 percent of the French population was overweight or obese, and that obesity increased 76 percent from 1997-2012. Which apparently shouldn’t surprise us, considering how much fast food they’re eating. One-in-three French women admits having difficulty fitting into the clothes sold at most French stores, as the average size is for a woman who’s 5’3”, 137 pounds, and has a 32-inch waist. 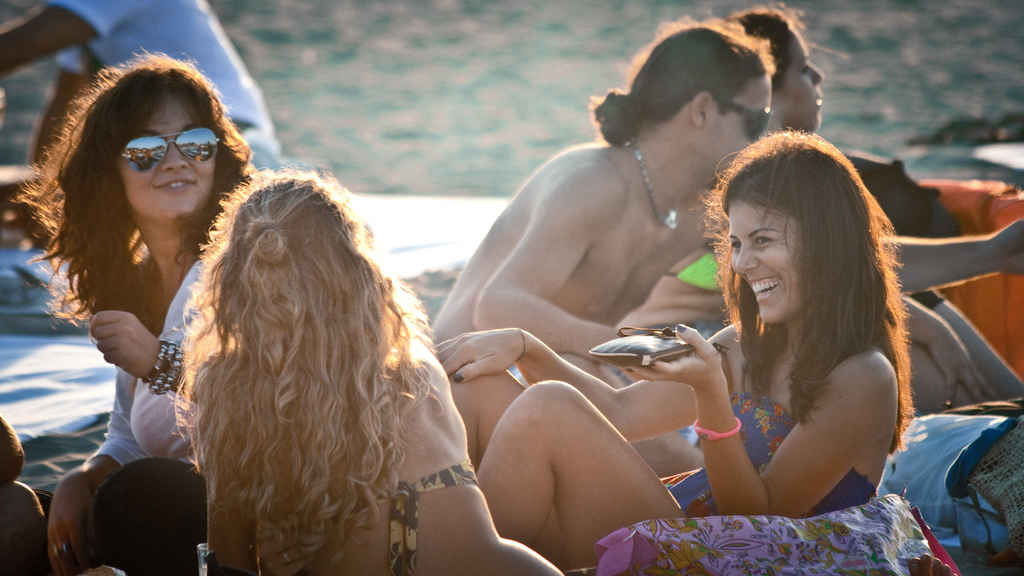 While it’s far cheaper to just hit your local strip club to see bare breasts, if you really want to fly to France, yes, there are still ladies who lay out topless on the beach. But not at all like it used to be. Plastic surgery and social media have made showing off one’s body a much more self-conscious act, says Eatwell, and today nearly 50 percent of French women are bothered by nudity on the beach, 37 percent by seeing breasts.

10. The French are cheese-eating surrender monkeys

Though we’re never one to question the logic of Groundskeeper Willie, French military mediocrity is actually a rather new phenomenon. Sure, they refused to back us in Iraq and forced us to rename the French fry. And then there was Vietnam. BUT prior to that, they had quite a history of Jean Reno-level bad-assness. For example, the Napoleonic Commander Marshall Ney, upon being sentenced to death, actually ordered his firing squad to shoot him. During the First World War, the French took the third-highest number of casualties at 1.3 million. And let’s not forget that the USA wouldn’t exist if not for the French military. 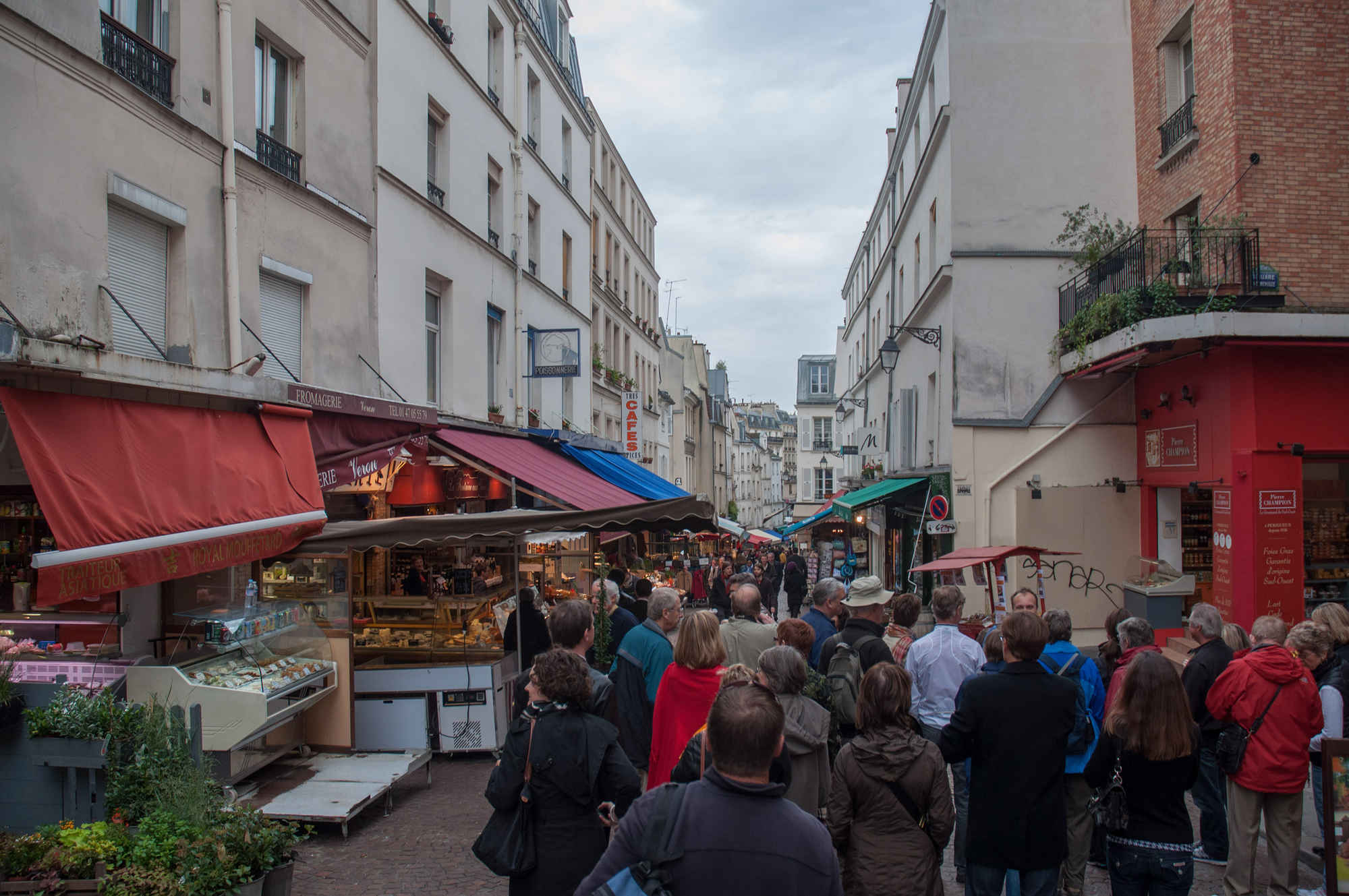 11. The Left Bank is a haven of writers and intellectuals

The Left Bank of the Seine River is home to the Sorbonne University and became sort of an artists’ refuge in the early twentieth century. The area was a hangout for the likes of Henry Miller, F. Scott Fitzgerald, Ernest Hemingway, and other folks who you’d imagine would spend their days writing in a Parisian café. But now? Now the cafes are pretty much full of people who came to Paris to visit Left Bank cafés. Although they’re still not selling “I Got De Fleured at Café De Fleur” trucker hats, calling the Latin Quarter a tourist trap wouldn’t be entirely inaccurate.