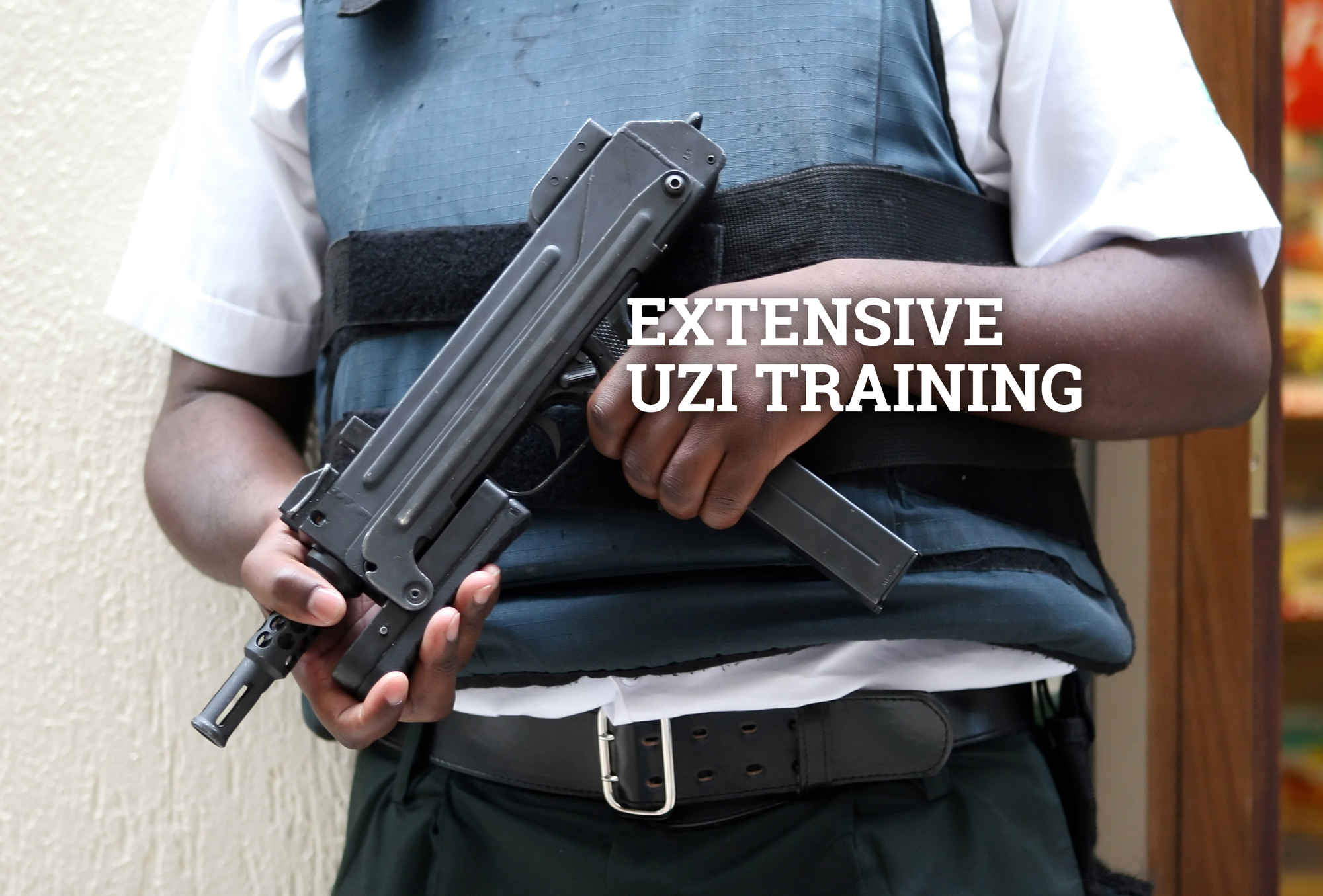 The public has long held an image of stiff dudes in suits, sunglasses, and earpieces with limited verbal skills guarding our president. And while some of the stereotypes are true, there’s a lot more to the Secret Service than dark Ray-Bans. For one thing, presidential protection is only part of their job description. And for another, their training is ridiculous. Using books written by actual agents (Within Arm’s Length by Dan Emmett and Mrs. Kennedy & Me by Clint Hill) and the official Secret Service website, we put together some basic intel on the nation’s most mysterious agency. Poor swimmers and pot enthusiasts need not apply. 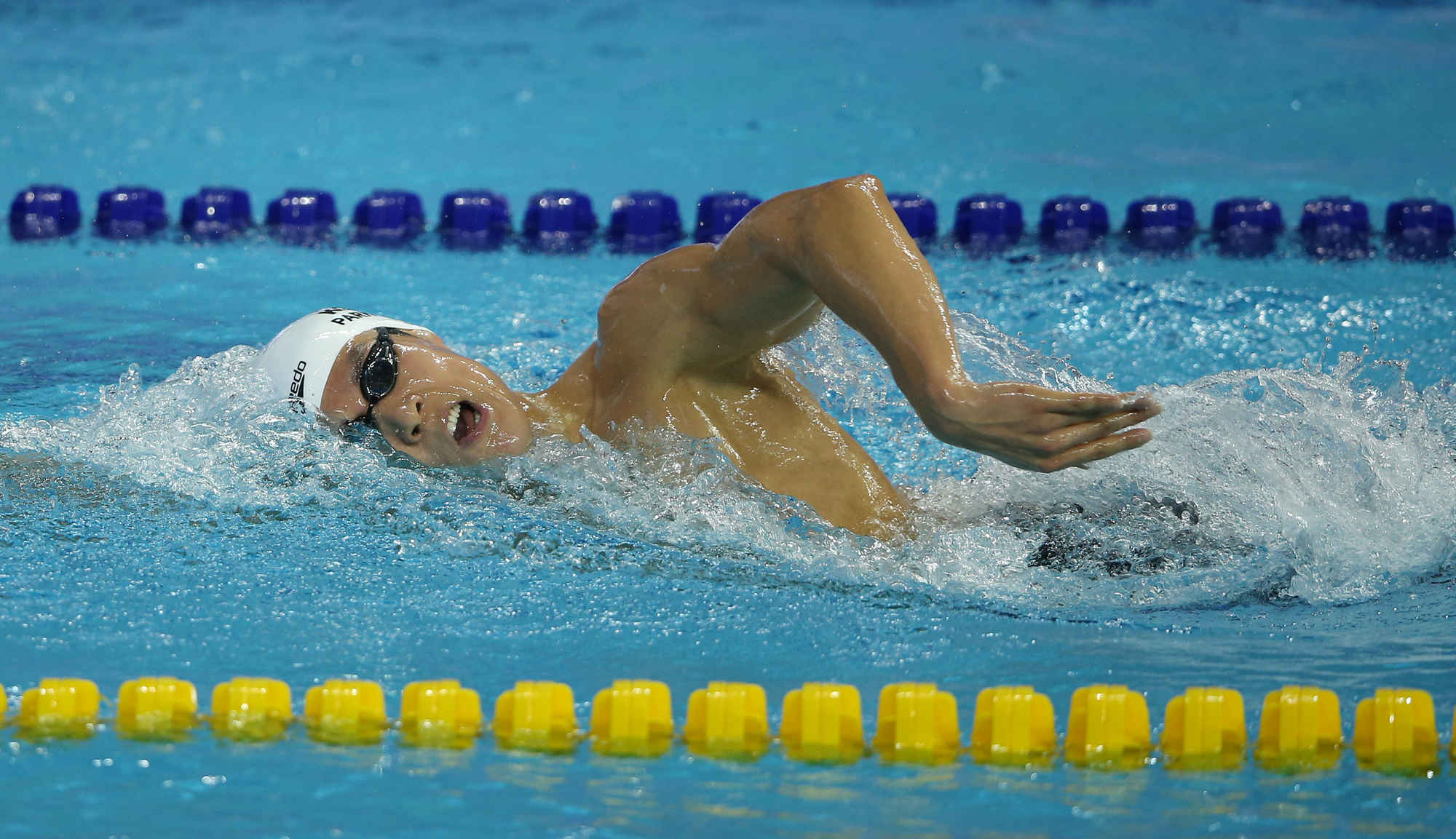 1. They receive extensive training in weapons and “water survival skills”

This team has to do a little more than run laps to qualify. There are several steps to the training, and it never truly stops (agents protecting the president go through refresher courses every eight weeks to stay sharp). But obviously, there’s a lot of practice with guns, including revolvers, shotguns, and Uzis, a weapon the Secret Service still legitimately uses, according to Emmett. Agents must also be able to jump in and out of the president’s follow-up car while it’s moving. They further need to be versed in emergency medicine and “water survival skills,” presumably due to the many seabound state dinners.

2. The president can assign Secret Service protection to anyone

Certain people get agents no matter what — the president, the vice president, the rest of the First Family, former presidents, etc. — but technically, anyone can receive Secret Service protection. The president just has to order it. Some past examples include Ted Kennedy, who got a detail while he stumped for Walter Mondale in 1984 because of his family history, and Rajiv Gandhi, who got agents the same year when he visited New York, also due to his family history and direct threats. 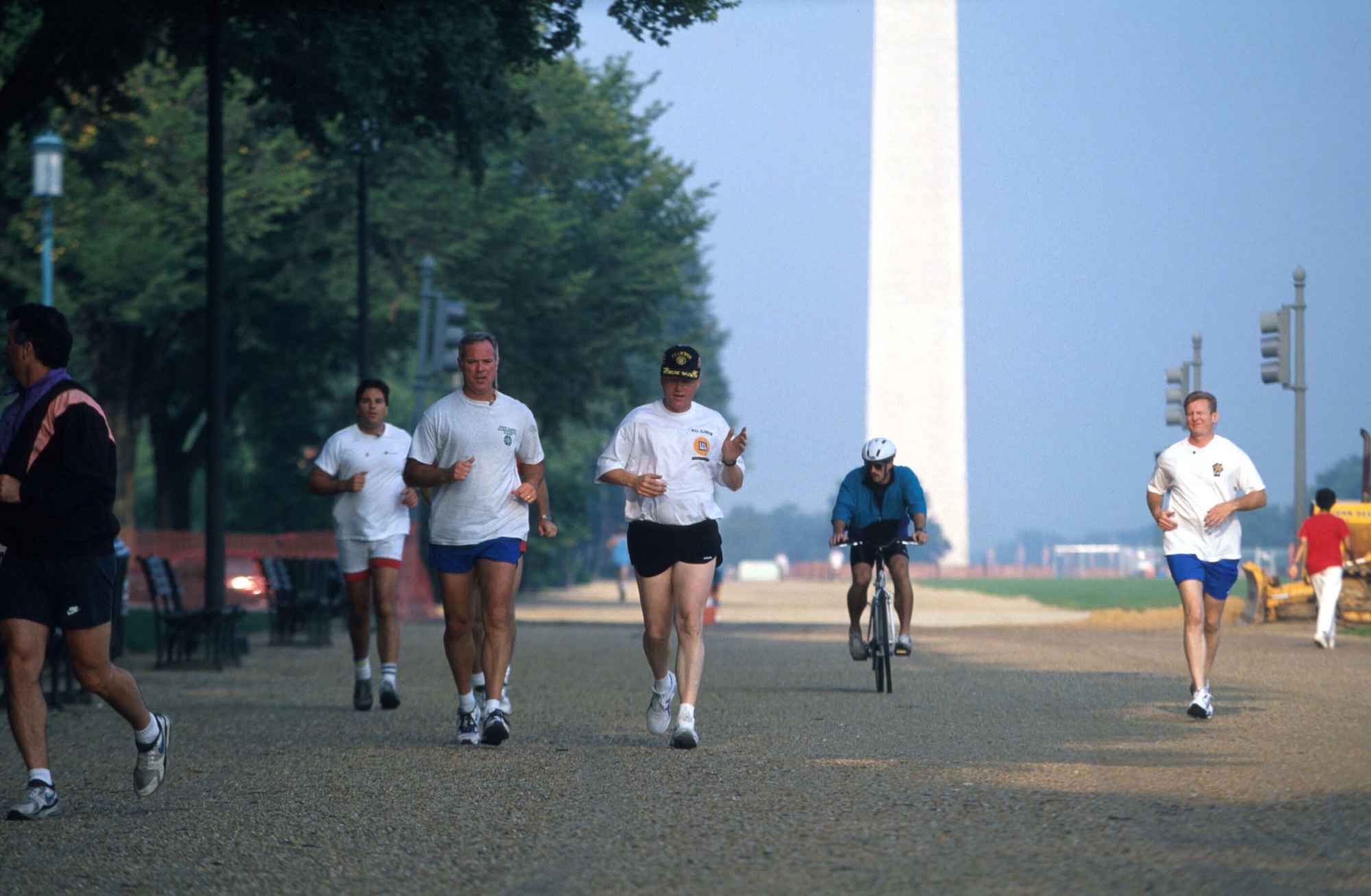 3. They don’t always have to wear suits

When agents accompanied the Kennedys to Palm Beach, they’d often wear khakis and polos to better blend in with the crowds. And Bill Clinton famously caused a security headache with his jogging habit: because he wanted to be out with the people, Clinton refused to use the White House track and would go on routes around DC, with several Secret Service personnel in matching short shorts following behind.

4. If you’ve used any illegal drugs since the age of 23, you’re out

Most government agencies have strict drug policies, but the Secret Service lays it down right on its official FAQ page. Have you ever used illegal drugs while in a law enforcement position? Have you ever been involved in drug sales or distribution? Have you smoked pot at all in the last three years? Have you used any illegal drugs (including anabolic steroids) since you turned 23? If you answered yes to any of these questions, you’re automatically disqualified.

5. But the dating policy is not as strict as you’d expect

Some people falsely believe Secret Service agents can’t marry at all, doomed to live as virtual priests. (Priests with a terrifying knowledge of semi-automatic weapons.) But that’s never been true, and in fact, Secret Service agents can even marry each other. That’s what Dan Emmett did. He and his wife had to work in different divisions throughout the ’90s, but clearly, there’s no rule against it. 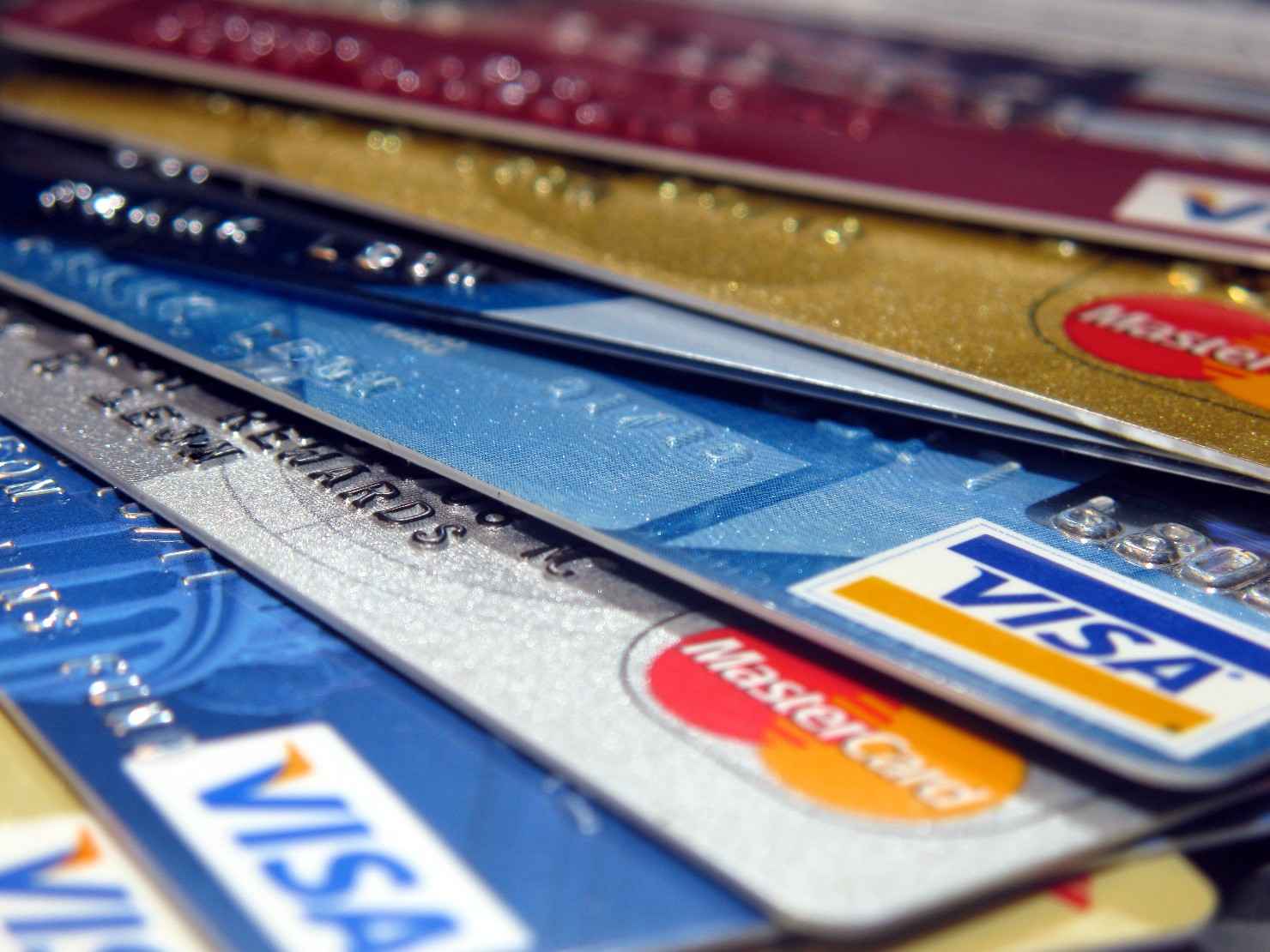 Sure, Secret Service agents are badasses, but they’re also math nerds. Until 2002, the Secret Service was under the Treasury Department (it’s Homeland Security now) because one of the group’s chief tasks is actually monitoring credit card fraud, counterfeiting, identity theft, and electronic crimes of federal interest. If you’re placed on presidential detail, obviously you’re exempt from these responsibilities. But if you’re working in a field office, this stuff is going to take up way more of your day-to-day than following visiting heads of state around.

7. A very morbid car drives in every presidential motorcade

Most major Secret Service operation changes happen after the ultimate agency nightmare: an assassination. The Secret Service wasn’t even formally protecting the president until William McKinley was killed in 1901, and obviously there was a lot of revising protocol after JFK was shot in 1963. One of the more ghastly measures is detailed in Within Arm’s Length. Because there was no complete footage of the Kennedy assassination, the Secret Service added a car called Camera I or “the death watch” to the presidential motorcade in the aftermath. A camera operator films the presidential limo from this car the entire time. That way if an attack occurs, the Secret Service will have a clear picture of what happened. Yeesh. Let’s talk about something lighter… 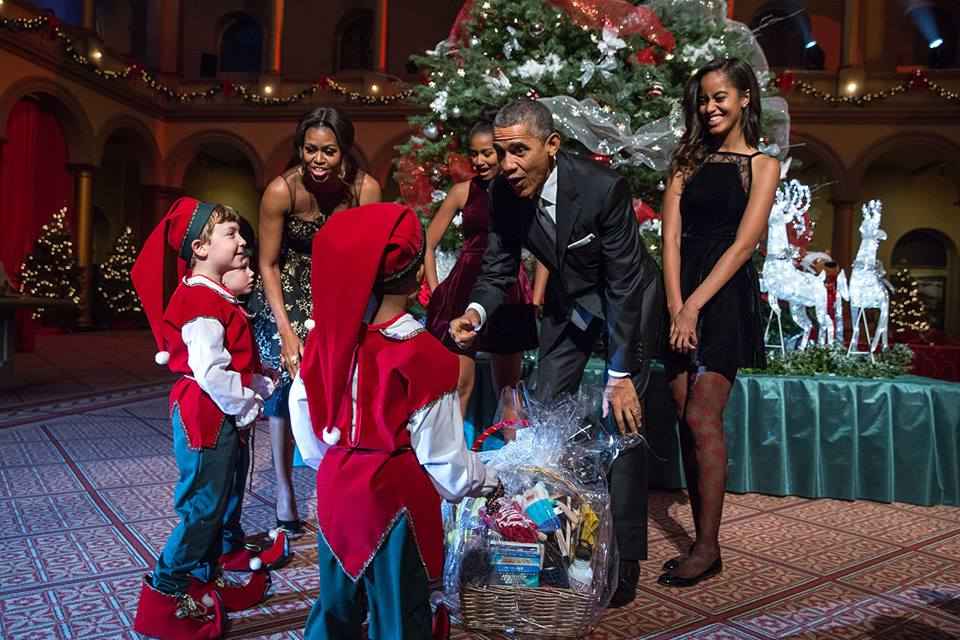 8. They all get invited to the White House Christmas party

One perk of the job is getting to bring your spouse, mom, or other plus-one of your choosing to the White House Christmas party. You’re probably wondering, “Now hold on, how does every Secret Service agent get to attend this shindig?” Here’s the secret: there’s not just one. As Emmett details, there are practically two “Christmas parties” every night during the month of December to accommodate the White House’s lengthy guest lists. Every Secret Service agent is invited to attend one… it just might be No. 50.

When a new president arrives at the White House, the Secret Service assigns a single letter that will serve as the basis for every First Family code name. For instance, the Kennedys had “L” (JFK was “Lancer,” Jackie was “Lace,” Caroline was “Lyric,” and John Jr. was “Lark”) while the Obamas currently use “R” (Michelle is “Renaissance,” Malia is “Radiance,” Sasha is “Rosebud,” and Barry is “Renegade” — really). 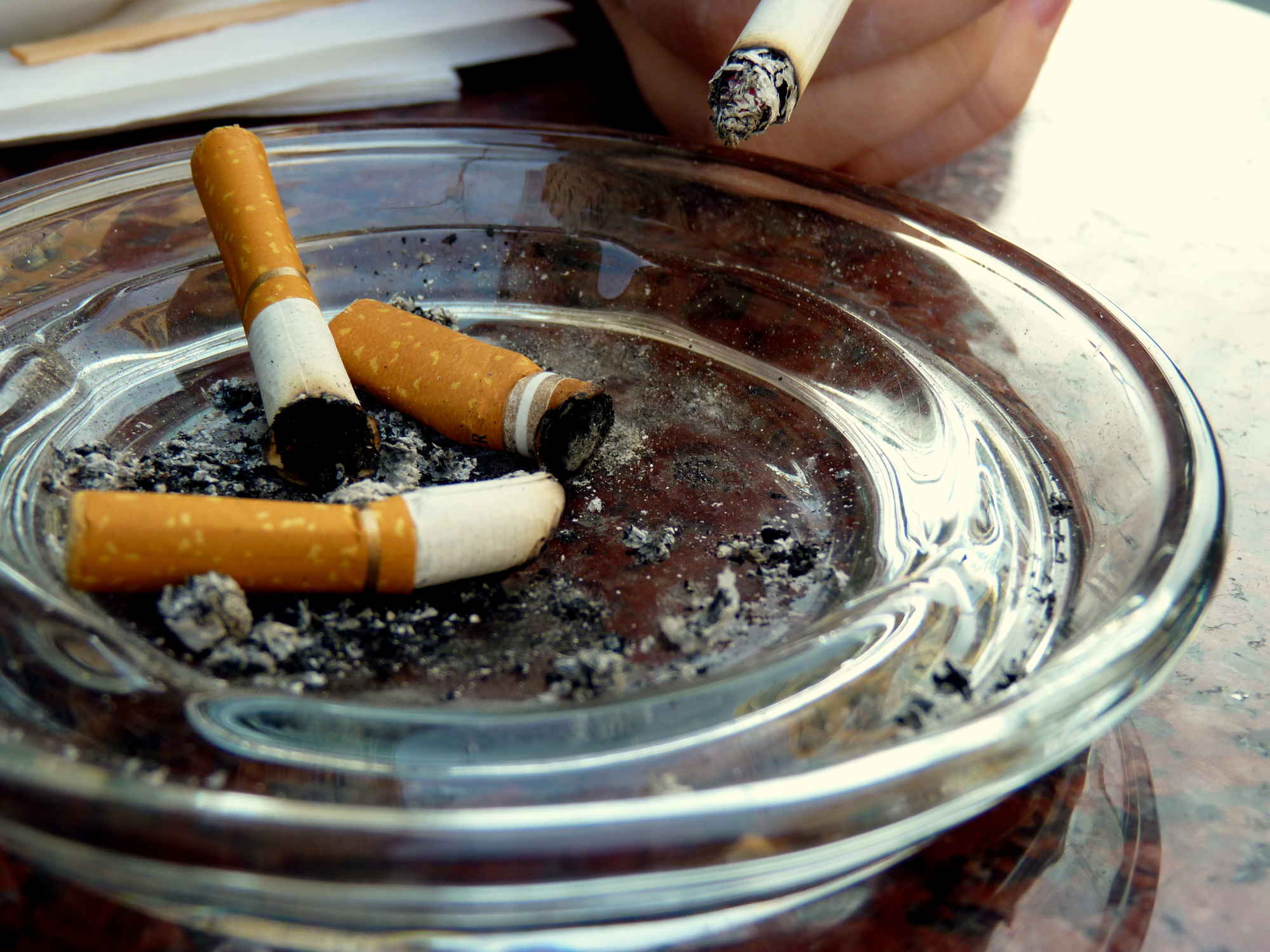 10. First Ladies bum cigarettes off them

Or at least Jackie Kennedy did off Clint Hill. The First Lady didn’t like to publicize her nicotine habit, so she frequently hit Hill up for smokes during their drives together. It’s unclear if the practice continued on in other administrations, but we know Laura Bush privately enjoyed cigarettes in the past, so maybe?

11. Every agent carries a “commission book”

A commission book is sort of like a wallet, except it’s much nicer than yours and contains the following: photo ID, badge, authorization to carry firearms and arrest anyone for offenses against the United States. No additional Panera cards necessary.

It’s just a macho Hollywood thing, so cut it out, Statham!