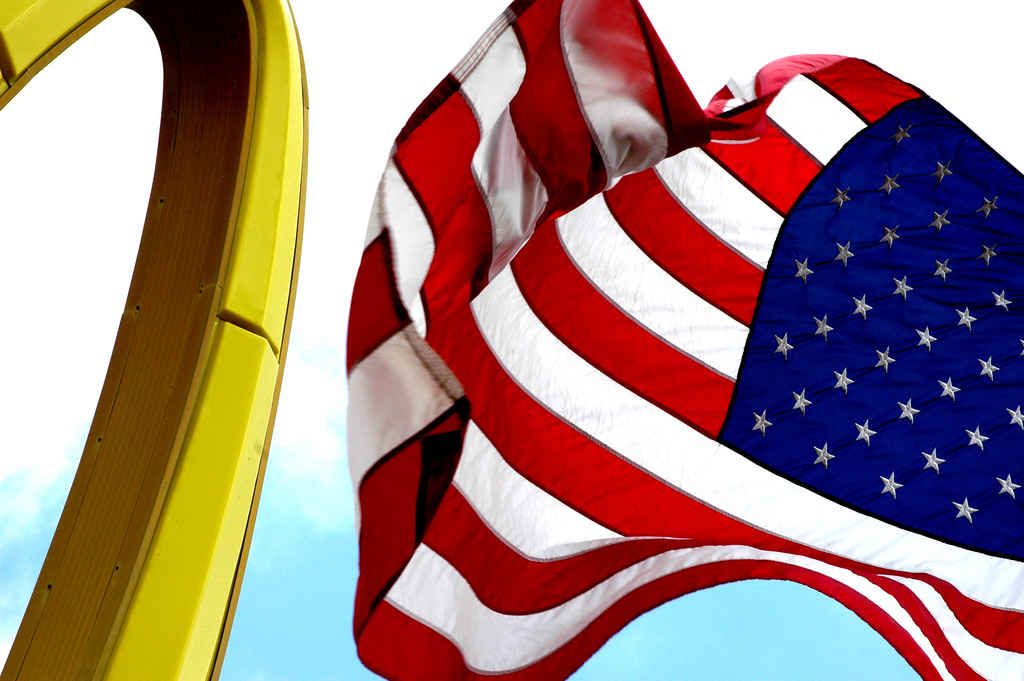 Sure, we stick out like sore thumbs overseas, the French think our country consists entirely of pictures of chicken wrapped in bacon, and the Euros don’t like our best snacks. But so what? We didn’t rescue the world twice in one century so we could eat Canadian bacon while watching parliament on public TV.

That said, for as awesome as America is, you have to admit that to an outsider it can seem like one confusing country of gun-owning football fans who shop at Walmart.

Which is why we thought it’d be fun (even though we totally don’t care) to find out what the rest of the world finds most baffling (and most endearing) about the good old U.S. of A. 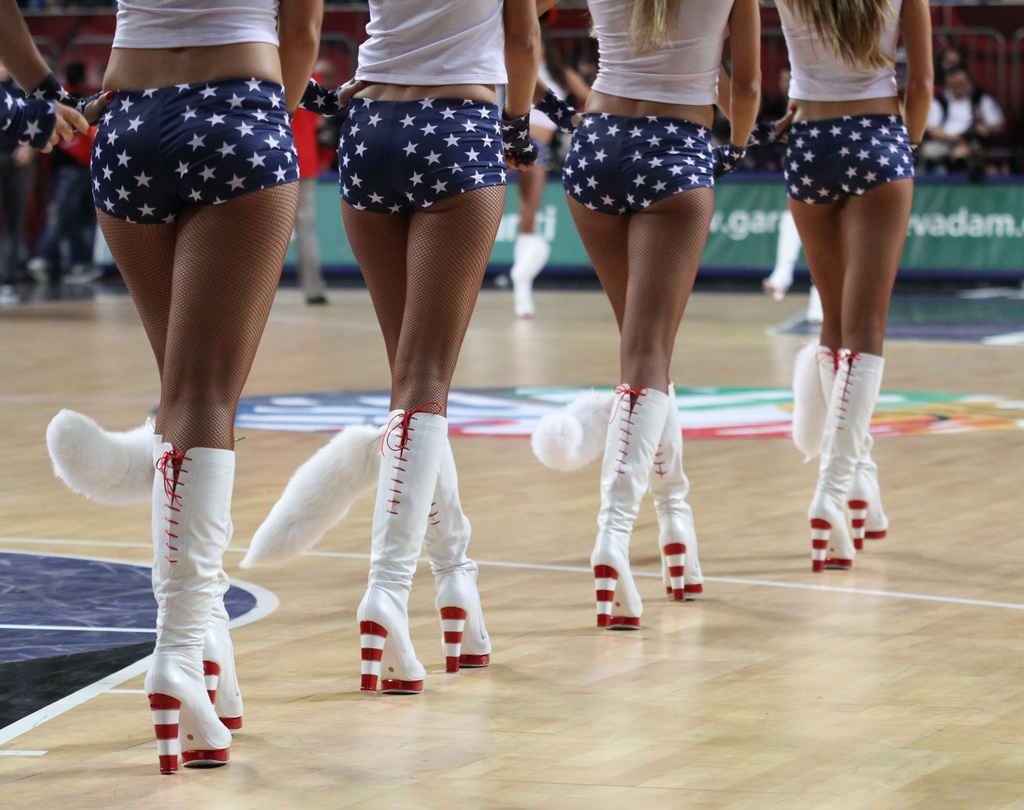 Your national sports finals are not World Championships.
Not even a little bit. Remember that huge event that happens every four years that sucks up relentless hours of TV coverage? No, not the presidential campaign. The Olympics. Yeah, that’s a real world championship.You can’t be the best in the world if you don’t play outside your country. And Canada doesn’t count.Football is not what that game is.
Sure, players use their feet to run. And there is a ball. But realistically, the guys closest to playing anything resembling football (i.e. using a foot on the ball) are the punter and kicker.Are those really the players you want your sport judged on? 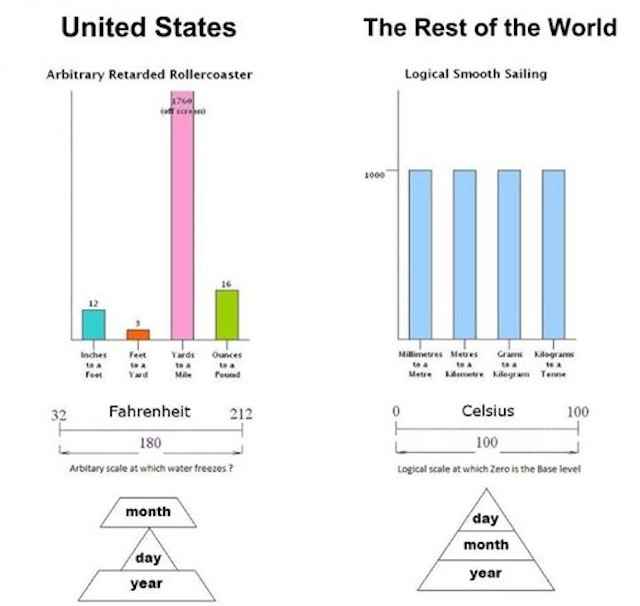 The measurement systems are asinine.
Feet and pounds made sense when there weren’t better systems in place. People also used to think trephination was a swell idea.“How are you” is a greeting, not to be mistaken for any sort of interest in you.
Asking this question will launch any foreigner into a diatribe about their personal wellbeing. Americans don’t care and will probably think you’re really self-important if you start elaborating.Relentless optimism and friendliness are the norm.
It’s just exhausting to everyone else. Can’t you just accept the fact that some things suck and always will? Like tapioca pudding. 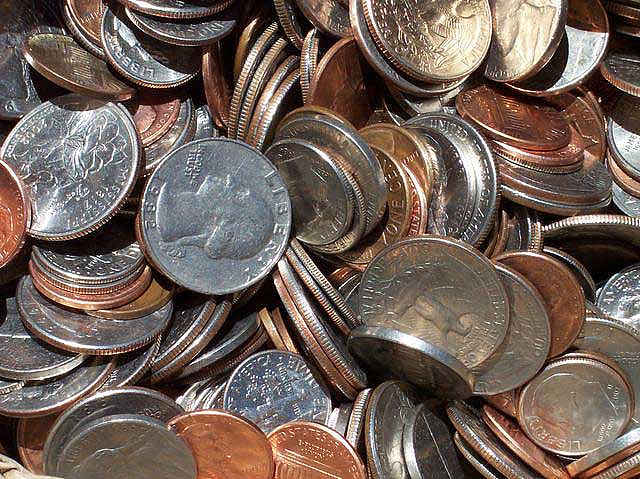 Your coins are senseless (c’mon, that’s a good pun).
A dime is smaller than a nickel, but worth twice as much, and also smaller than a penny, which actually costs taxpayers money to produce. They also have nicknames like nickels and dimes that don’t tell you anything about their denominations.Speaking of denomination, nowhere on a quarter does it say 25 cents.Tipping has no set guidelines.
Even Americans are divided over this issue. There’s no set amount or percentage. You’re either Mr. Moneybags or a cheapskate, depending on who you’re with.But really. Why do visitors (or anyone) have to pay the price for cheap employers, or pay people to do their jobs even reasonably well?

Take coffee, for example. You’d probably tip the waiter who brought you the cup, but not the guy who brewed it to your liking. One job’s not harder than the other — actually, the barista’s job is surely tougher. 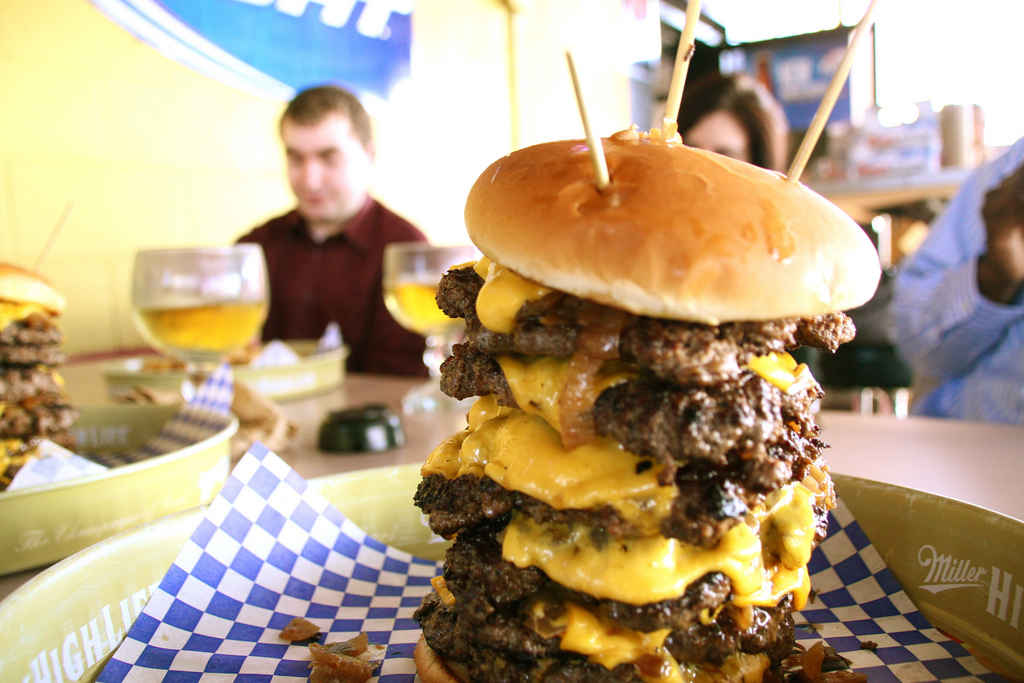 Food portions are titanic.
You’re not fat because your food is terrible for you. You’re fat because your food is terrified of you and you eat an entire dinner table-sized plate of it at every meal.
You expect everyone to speak English perfectly.
Do you know what you call someone who speaks two languages? Bilingual. Three languages? Trilingual. One language?American.You’re so loud.
To a foreigner, the American speaking volume sounds approximately 27 percent louder than any other person’s. Inside voices are actually a thing.

You just have to let everyone know about all that freedom you have lying around. 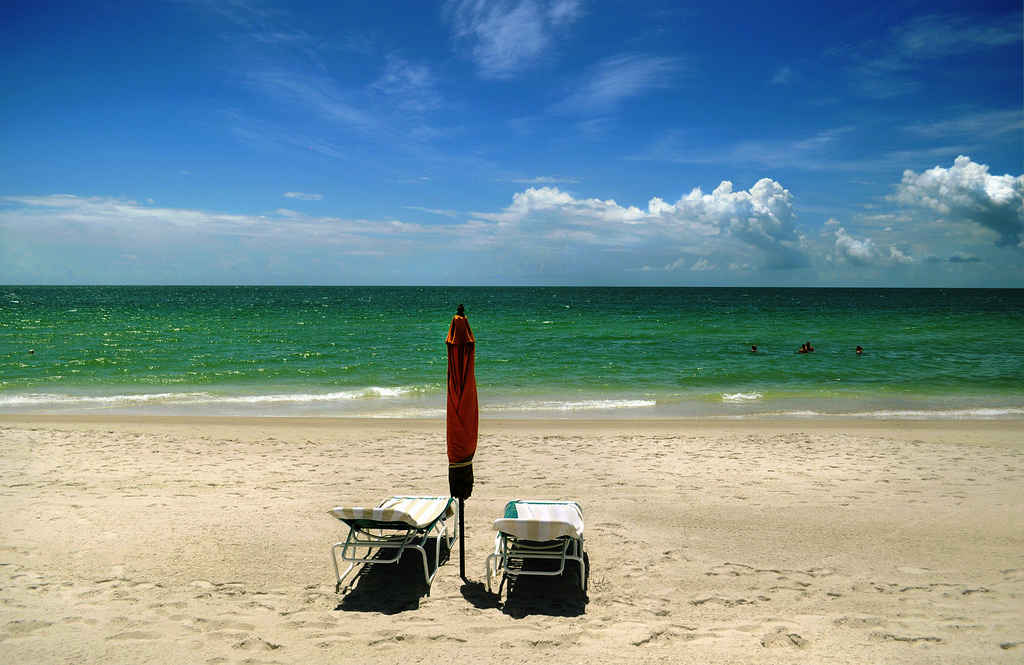 You live to work. Too bad your life sucks.
The average person in the great no-vacation-nation gets 13 vacation days, if they’re lucky (the US is the only advanced economy that doesn’t require any paid vacation time). Even Bolivia gets almost three times as many days.In fact, Americans are afraid of taking their hard-earned holidays: Last year, they left half a billion unused.You can dish criticism, but you can’t take it.
Americans like to consider theirs the “greatest country on Earth” and criticize everything from Canada’s awesome healthcare to Angela Merkel’s skirt suits. But the second anyone so much as makes a face at chili cheese fries, Americans freaking lose it.Where’s that First Amendment when you need it?

5 replies on “12 THINGS FOREIGNERS HATE ABOUT THE US”

Dish criticism but can’t take it?? I’m fairly certain I’ve spent more time abroad than most Yanks, & have spent a BUTTLOAD of time politely listening to what’s wrong with us all. Never returned opinions much tho. What’s the point? Frankly, I was always amused that they bitch to me as if there’s something I can do about their complaint.

If it sucks so much stay away. 🙂

Actually the one about a quarter is wrong. It says “quarter dollar” on the bottom of the front. If you can’t figure that out, then you need to have it taken away before you jam it into your eye.

Bunch of pansies. I need a two month vacation!! Whaaa!
We don’t need to take vacations, we’ll die in our cubicles!