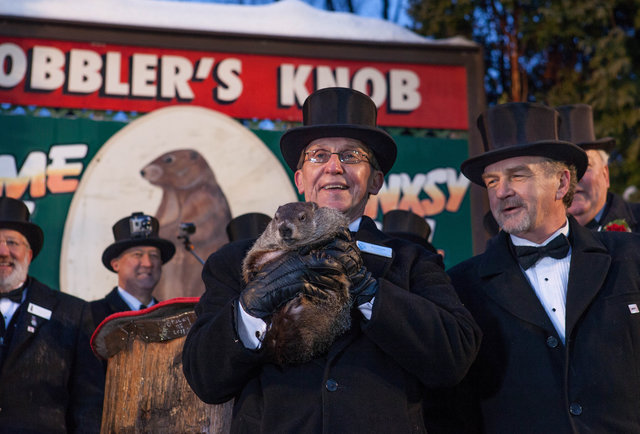 If there’s one thing we know from listening to John Cougar Mellencamp, it’s that small-town pride runs deep. Also, that rural kids weirdly suck on chili dogs. But mostly, that people are really proud of their small towns.

And nowhere is that more the case than in these 14 places, each of which is known — some might say “famous” — for one single thing. The signs will let you know you what that thing is when you arrive, and the residents will make sure you never forget it. 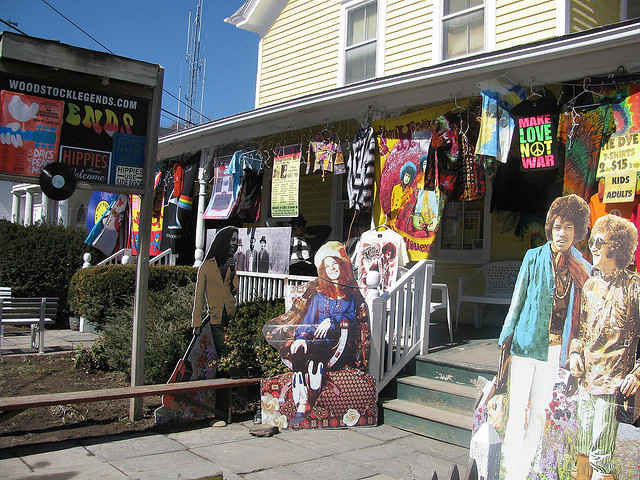 Yes, still hippies
The Woodstock music festival was held almost FIVE decades ago and, technically, on a dairy farm almost SIXTY miles away. But no matter: this scenic New York town will ALWAYS be known for the hippies, and quite possibly the greatest guitar rendition of the national anthem ever. 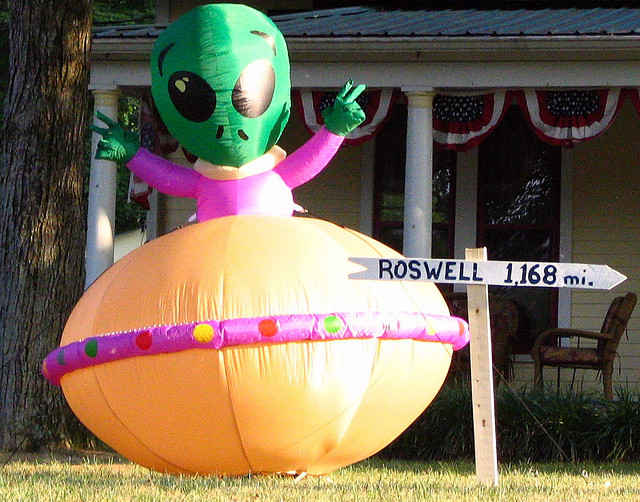 Aliens, of course
Despite the government’s best efforts to cover it up, everyone knows that aliens totally crashed here in 1947. No? Not true? Anyway, while Roswell does rock the slogan, “The Aliens Aren’t the Only Reason to Visit,” the town hasn’t shied away from working the whole extraterrestrial shtick. It’s like a creepy, alien-themed Disneyland. 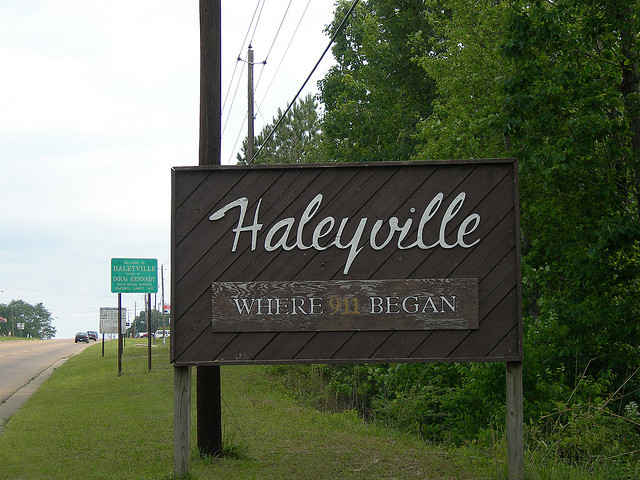 Where 9-1-1 began
Okay, so obviously Haleyville isn’t really famous since nobody outside of Alabama has ever heard of it, but turns out, the first ever 911 call was made here on February 16th, 1968. Ironically, it wasn’t even to report an emergency; rather, a simple call between Alabama Speaker of the House, Rankin Fite, and Congressman Tom Bevill. Today, that red rotary phone’s on display, signs demarcating Haleyville as home of 911 areeverywhere, and predictably, there’s a 911 Festival that 311 should probably play at. 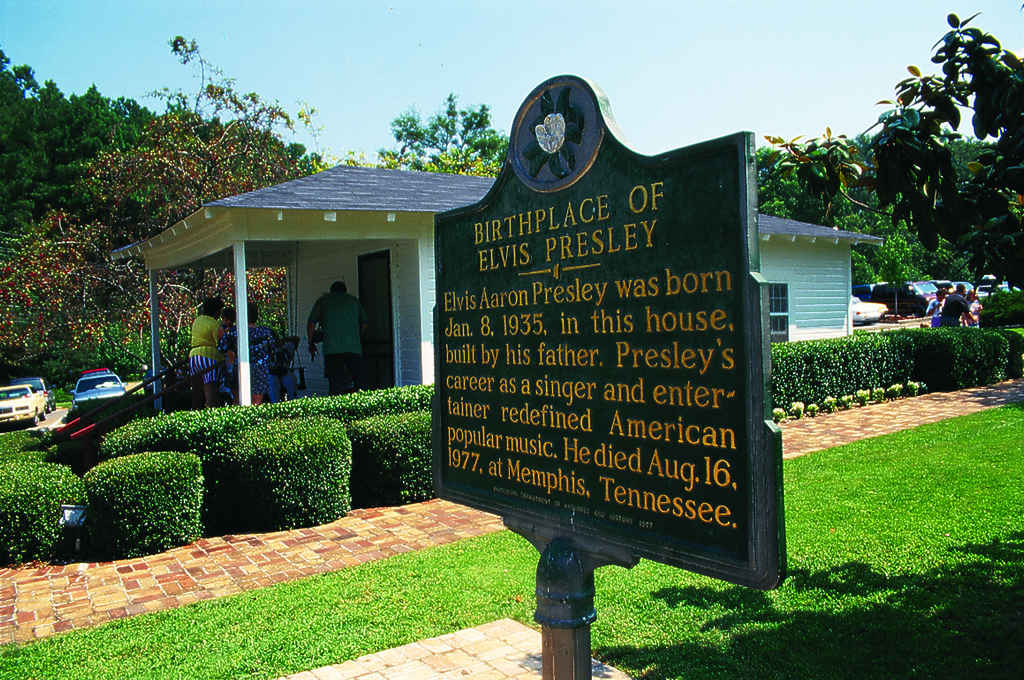 The birthplace of Elvis Presley
Memphis might be famous for Graceland, but it’s got a bunch of other things on which to hang its hat, right? Maybe? Tupelo, however, won’t let you forget that it’s the town that produced Elvis, even if the King split when he was 13. Over-hyped sites include the hardware store where Elvis’ mother bought him his first guitar, his childhood church, and the Elvis Presley Birthplace and Museum. There’s also an Elvis Presley Festival in June, naturally. 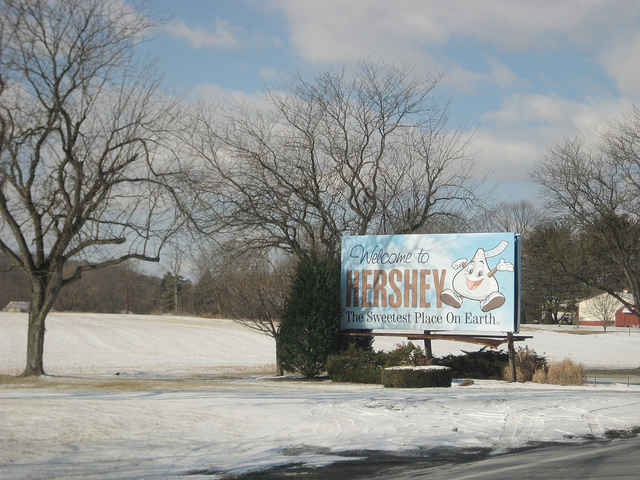 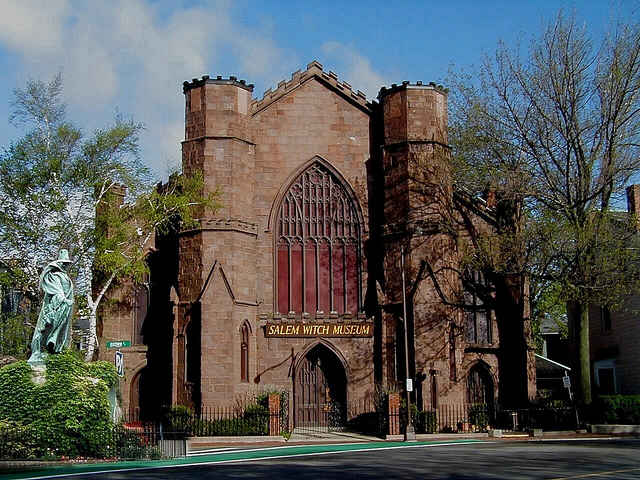 Ummm, witches
While recently trying to stake its claim as the birthplace of the US National Guard, Salem’s entire identity is based on the infamous 1692 witch trials. Which every kid in America learns about. The local school is called Witchcraft Heights Elementary School, police cars have witch logos on them, and there’s the Salem Witch Museum, among other occult-related sights and stores. 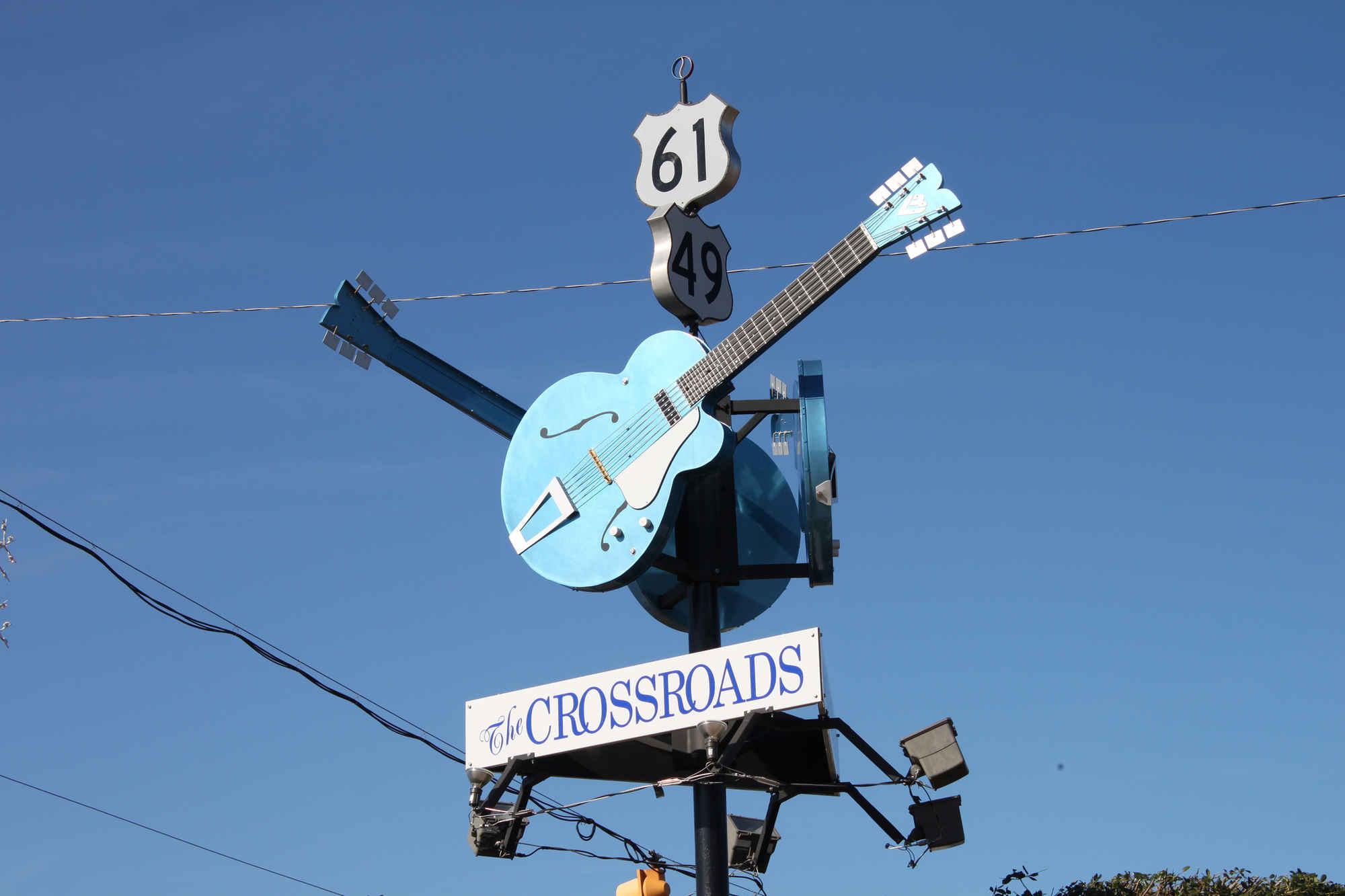 The birthplace of the Blues
Clarksdale — or more specifically the crossroads of Hwy 61 & 49, where Robert Johnson allegedly sold his soul to the devil — is hailed the “Birthplace of the Blues.” Home to icons like Muddy Waters, Son House, and Robert Johnson, today it cements its claim to fame with the Historic Blues District, which includes Blues Alley, the Delta Blues Museum, and Morgan Freeman’s Ground Zero Blues Club. 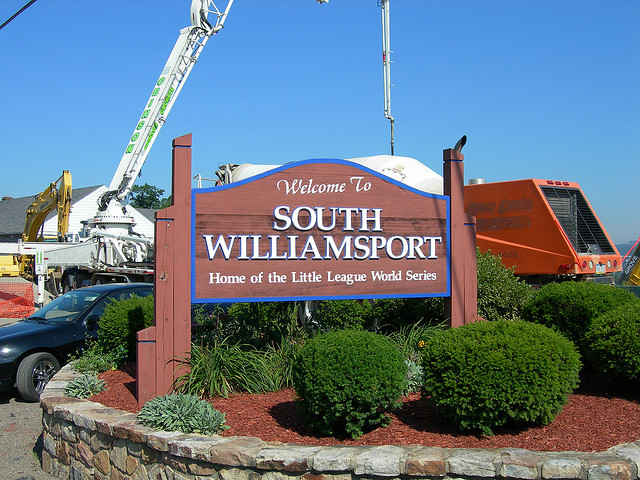 The Little League Baseball World Series
The LLBWS has been drawing proud parents — and sometimes overaged kids with doctored birth certificates — to this Pennsylvania town since 1947. 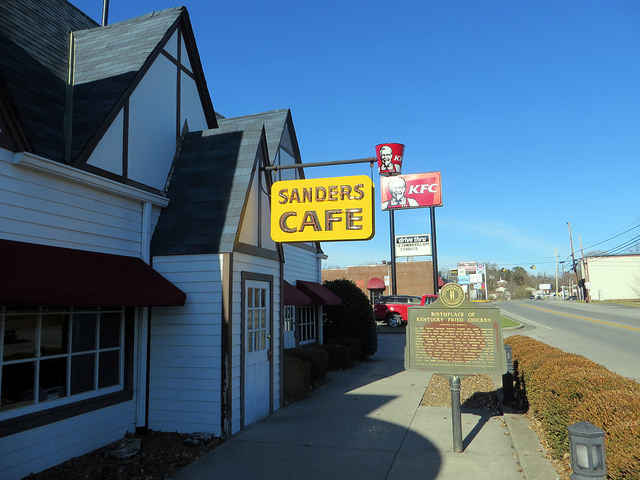 The birthplace of KFC
Unlike Ronald McDonald, Colonel Harland David Sanders was a real live dude (also, he was not a clown). And as such, you can visit the exact spot where he brought his magical fried chicken to life. The Harland Sanders Cafe and Museum in Corbin is Sander’s original (now restored) restaurant. Not only is it listed on the National Register of Historic Places, but visitors can still eat his 11-spice chicken while enjoying exhibits and memorabilia. 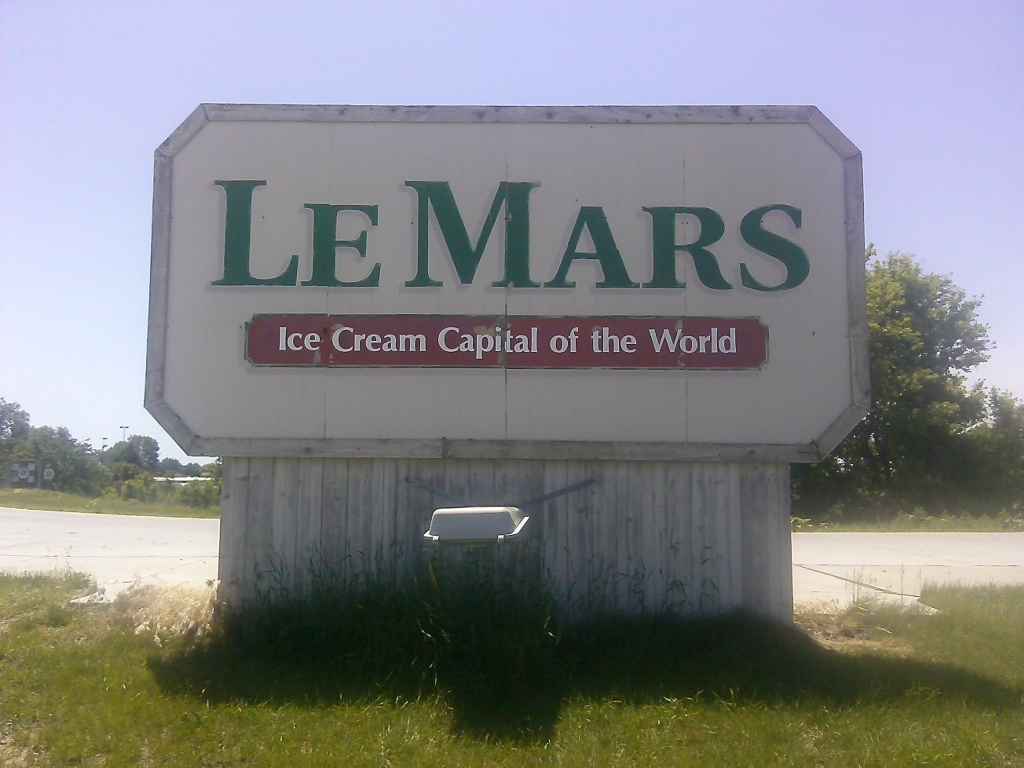 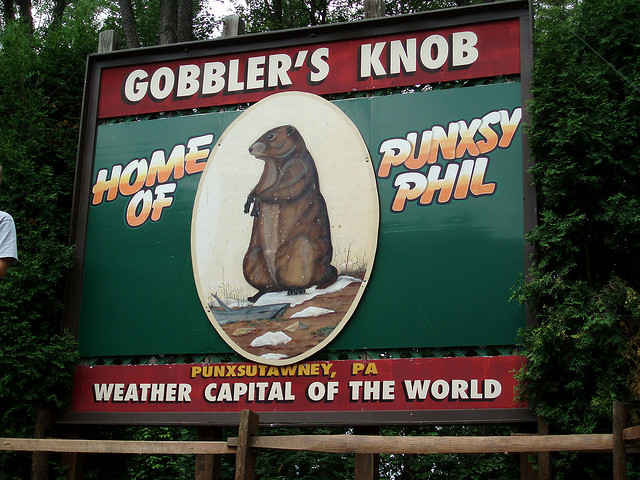 A weather-predicting groundhog
Punxsutawney Phil is without a doubt the most famous groundhog in the world, and that was waaaay before Bill Murray ever came to town. Although now, one might argue the place is as famous for the movie as it is for the groundhog itself. Either way, every February 2nd since 1887, the self-proclaimed Weather Capital of the World parades its prized mascot out to Gobbler’s Knob to find out whether winter’s sticking around for another six weeks. 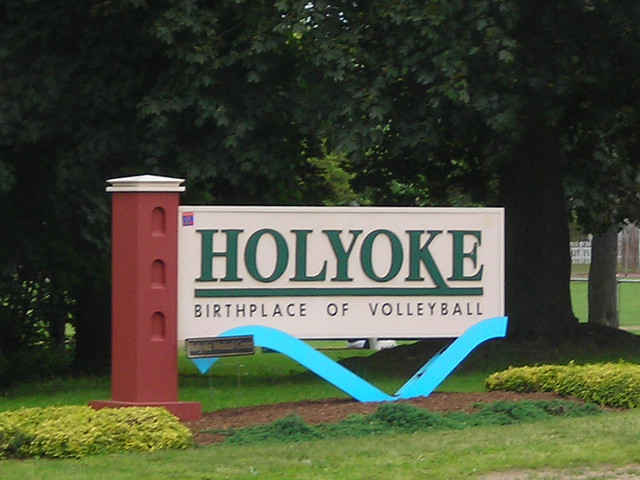 The birthplace of Volleyball
Holyoke’s claim to fame isn’t the stretch of now-defunct paper mills that once proved the city’s economic lifeblood, but rather, inventing the sport of volleyball in 1895. Although admittedly, the claim feels a little suspect, considering the birthplace of basketball is just nine miles down the road in neighboring Springfield. But hey, they do have the Volleyball Hall of Fame to prove it. Actually, the two are somewhat tied together: after meeting James Naismith, the inventor of basketball, William George Morgan allegedly created volleyball (or Mintonette, as it was originally known) in the Holyoke YMCA as an alternative sport for older people. 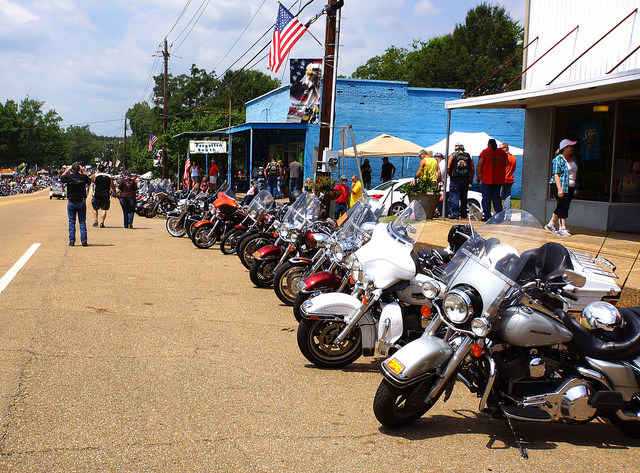 That HUGE motorcycle rally
Talk about word association: just mention the town of Sturgis and the word “biker” will instantly pop into your head. Every August since 1938, hundreds of thousands of motorcycle enthusiasts descend on this small town for its famous week-long rally, considered one of the largest in the word. 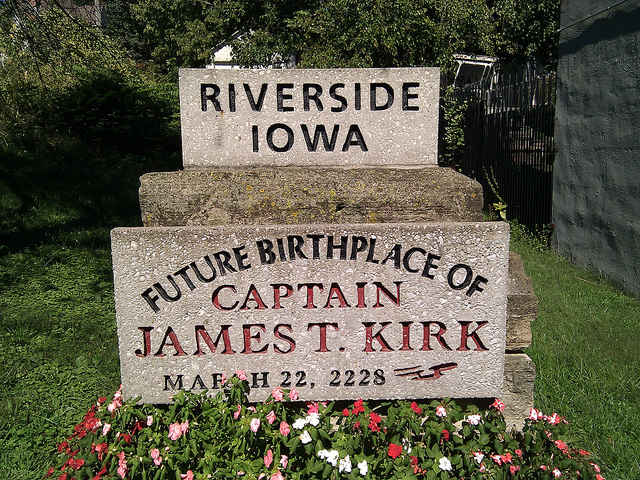 Future birthplace of James T. Kirk
This Iowa town prides itself not only on something fictional, but something that isn’t even scheduled to happen for another 213 years — just check out the plaque commemorating the captain of starship Enterprise’s future birth in the year 2228. On top of that, the town’s slogan is “Where the Trek Begins,” and it hosts an annual Trek Fest full of people who have probably never even kissed a girl.