14 FASCINATING DOCUMENTARIES TO WATCH ON NETFLIX 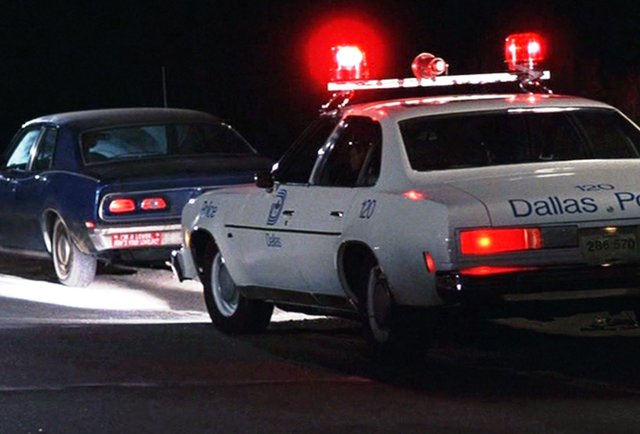 Netflix is the great equalizer. When you’re sifting through zillions of movie options, the traditionally niche art of documentary can go toe to toe with Hollywood blockbusters. Whether fiction or nonfiction, anything that’s moving/crazy/hilarious is worth streaming. Here is an array of documentaries that fit the bill. 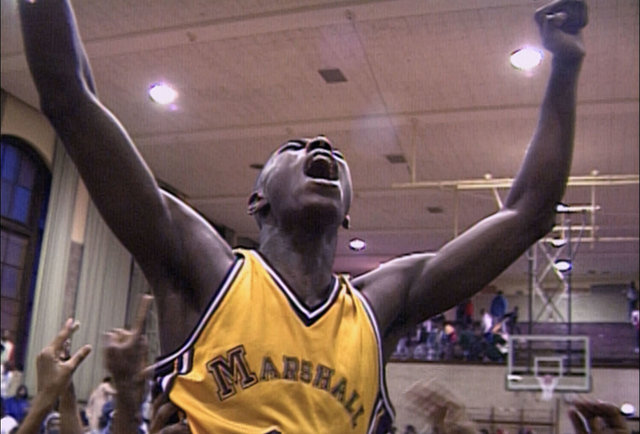 Heralded as one of the great portraits of American life, Hoop Dreams filters race, class, socioeconomics, and teenage life through the competitive world of high school basketball. William Gates and Arthur Agee, the athletic hopefuls at the heart of Steve James’ three-hour nonfiction epic, see the sport as a way of escape. If they train hard enough, play hard enough, endure the hour-long drives to predominantly white schools, they’ll get into college, the NBA, and their own futures. James depicts the events like home movies. There’s little editing interference or Hollywood magic gussying up the arcs. Hoop Dreams straight shoots to powerful effect.

How do you convey the richness of a career as complex, contradiction-filled, and exuberant as Nina Simone’s? The answer turns out to be relatively simple: by focusing on her performances. Through elegant editing of archival footage and selective talking-head interviews, director Liz Garbus depicts the North Carolina-born singer, composer, and activist with little fanfare. 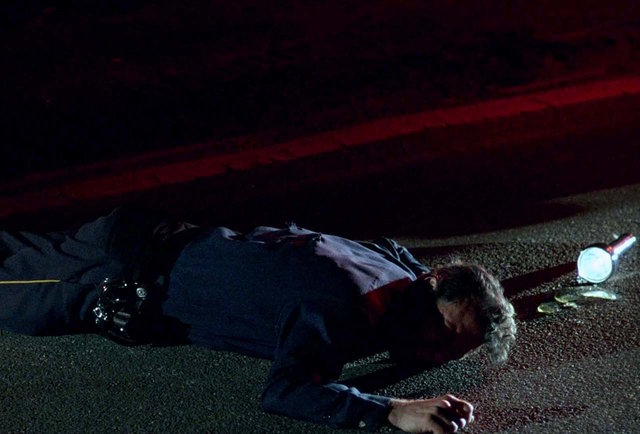 Errol Morris’ true-crime tale combines reenactment and voiceover to unravel the story of Randall Dale Adams, a man convicted, and sentenced to life in prison, for a of a murder he did not commit. The Thin Blue Line is the gold standard that successors like Making a Murderer, Serial, and The Jinx could only hope to match. Morris’ interviews, arid and frank, and the noir-tailored visuals, make the film more than a document of events. Thin Blue Line is engrossing drama that transcends its revelations with story. 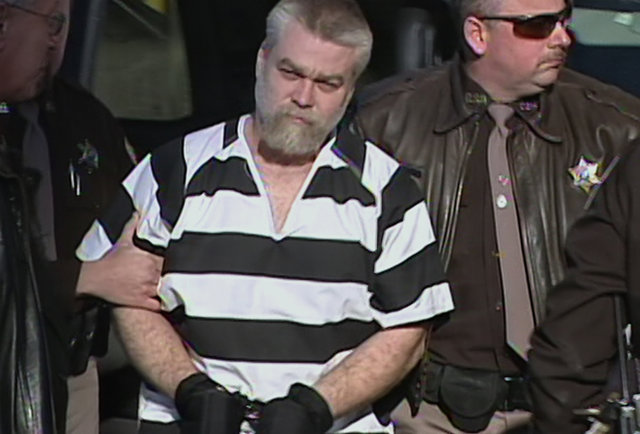 What begins like a standard-issue Dateline episode about Steven Avery, a rural Wisconsin ne’er-do-well wrongfully convicted of rape, turns, over the course of its 10 episodes, into a sharp, twin rebuke of unchecked law enforcement and the entire criminal justice system. There’s a reason the prosecutor behind the all-but-certain railroading of Avery after being arrested anew, this time on murder charges, not long after he’d been freed from prison by DNA testing and he’d filed a multimillion-dollar lawsuit against the county officials who’d erroneously (and seemingly intentionally) put him away for nearly 20 years, has been getting those scathing Yelp reviews. As the documentary team behind this essential Netflix binge, which rivals The Staircase and Serial season one in its capacity to inspire righteous anger and rabbit-hole quests for the truth, details without exceeding skill, justice for Avery and his dimwitted nephew, tragically swept up in the deplorable affair, has most definitely not been served. 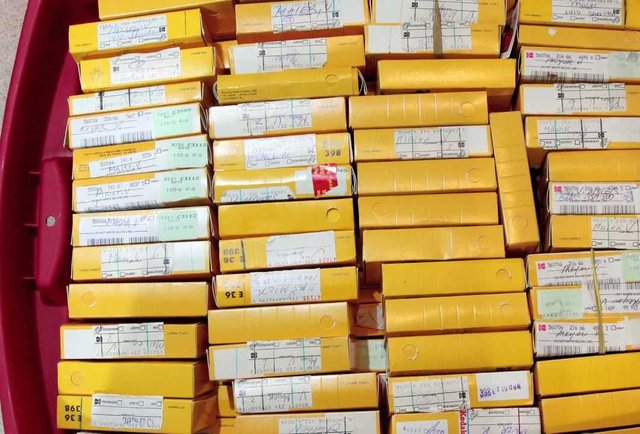 John Maloof stumbled upon a gold mine when he found a box of photo negatives taken by a little-known nanny and wallflower, Vivian Maier, at a yard sale in 2007. The shots — many of nameless characters she spotted on the street — are striking and unique in their own right, and Maloof’s quest to find out more about the woman behind the camera is engrossing. The resulting documentary, which was funded by Kickstarter and earned an Oscar nomination in 2015, cobbles together a narrative of Maier’s life with a deep dive through her photographic archive — over 100,000 images in total — and interviews with those who knew little about her and even less about her prolific hobby. Maier died in 2009, so we’ll never know for sure why she hid her talents from the world, but Maloof raises provocative questions about the relationship between art, artist, and audience.

Tig Notaro had one heck of a year. After suffering a serious bacterial infection, losing her mother, and then being diagnosed with breast cancer in quick succession, the comedian took to the stage at LA’s Largo and performed a now-legendary stand-up set that begun: “Hello, I have cancer.” This Netflix documentary chronicles Tig’s life leading up to her career-changing set, and its aftermath: grappling with her overnight fame and trying to forge a way forward with marriage and motherhood. A frank, sweet snapshot of one woman’s life and art and where they intersect, Tig is a testament to grace and good humor in the ugliest of circumstances. 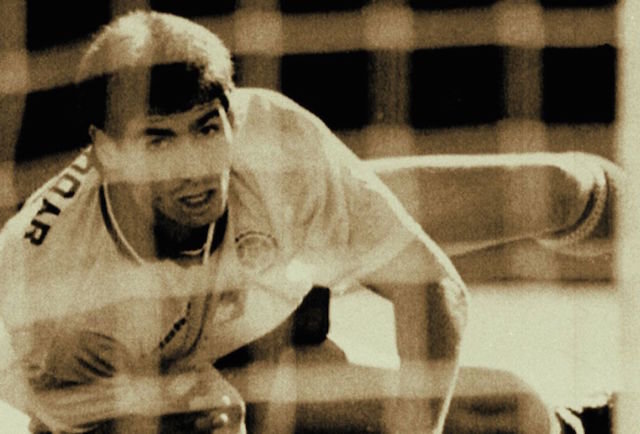 This documentary is ESPN’s “30 for 30” series at its best, telling the story of Colombian soccer player Andres Escobar, who was murdered in his home country shortly after scoring a costly own goal during the 1994 World Cup. But the film also chronicles the ties of notorious drug kingpin Pablo Escobar (no relation) to Colombian soccer, and shows how the rise of the sport in the South American country in advance of the ‘94 World Cup was linked to the influx of drug money.

This Ken Burns documentary isn’t just about the teenagers wrongfully convicted of raping and assaulting Trisha Meili, the so-called Central Park jogger, in 1990. It’s also about media sensationalism and the troubling racial bias at the heart of the American legal system. 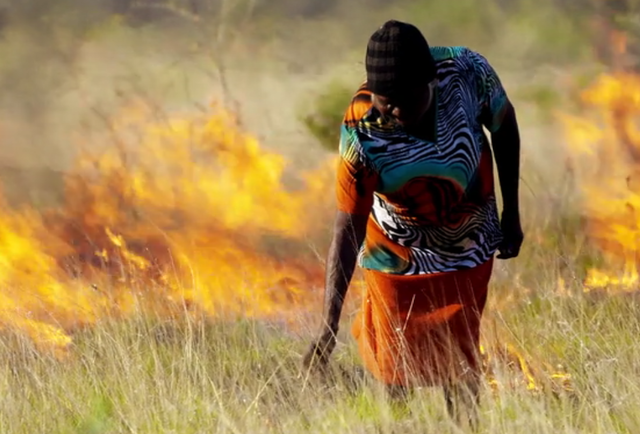 In four one-hour segments, this project is the story of humanity through cooking, and cooking through humanity. It introduces us to cheese-making nuns, grandmas in the Australian outback who club giant lizards, and avant-garde theories of how cooked food has influenced human evolution. Oh, and James Taylor singing to his dead pig. Every serious food lover owes it to themselves to binge this masterfully shot, fact-heavy documentary that aims to change the way we think about food, and its impact on our world.

How do you stop a billion-dollar business from laying waste to an oil-rich national park? Make a movie. Part nature doc, part eco-thriller, Virunga catapults viewers into a struggle to protect Congolese mountain gorillas from poachers who may or may not be tied to SOCO International, a British conglomerate eying the lush lands. With a style akin to Hollywood action movies, Virunga sets out to investigate and muckrake, firing off accusations between actual firefights and appreciating the beauty of Virunga National Park, a place no viewer could imagine losing. 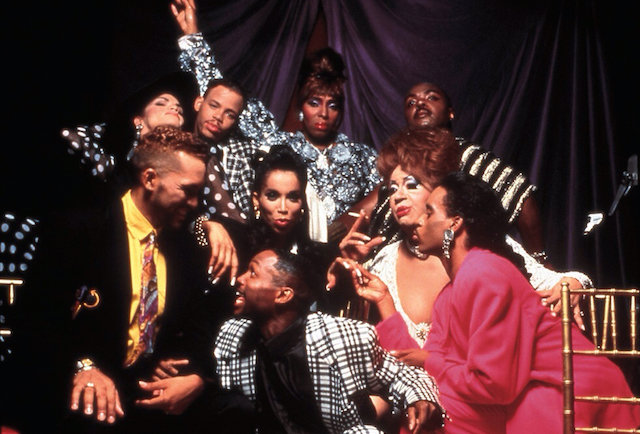 Like Spike Lee’s Do The Right Thing or Martin Scorsese’s Mean Streets, this carefully observed examination of ballroom culture in the 1980s is an essential New York City text. Chronicling the often complicated lives of predominantly black and Latin gay men and trans women who compete in joyful, exuberant, voguing-filled balls, director Jennie Livingston turns her watchful eye to both the pleasure and pain of the people she interviews. Style, humor, and tragedy: it’s all here. More relevant than ever and, unsurprisingly, just as controversial, the film remains required viewing for anyone looking to understand the identity-obsessed times we live in. 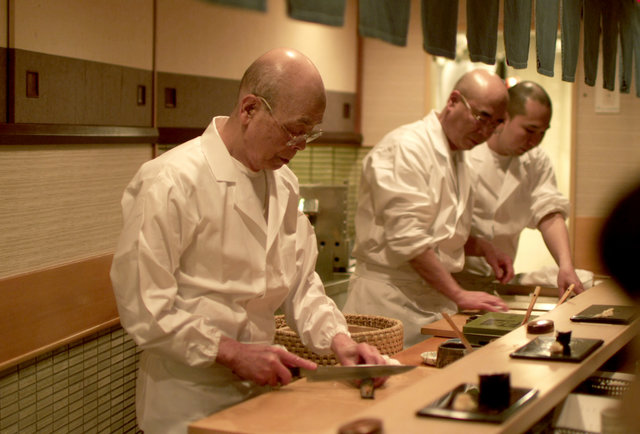 85-year-old Jiro Ono is one of the greatest sushi chefs in the world, serving up immaculate slices of individually sourced uni, ebi, and toro at his 10-seat, $240-a-meal Tokyo restaurant (which, after seeing this, you will want to visit ASAP). Jiro Dreams of Sushi is many things: a sublime portrait of a master craftsman at work, an affectionate ode to Japan’s culinary heritage, and a story about the rewards and costs of perfectionism, as Jiro’s son and successor struggles to match his father’s impossibly high expectations. It’s also full of the most mouthwatering shots of sushi you’ve ever seen — food porn at its most highbrow.

Before The Look of Silence documentarian Joshua Oppenheimer investigated the 1965 Indonesian genocide through the eyes of its perpetrators. Anwar Congo, a gangster sanctioned by the government to eliminate “communists,” begins by bragging to Oppenheimer about murdering over 1,000 people. His glory transmutes into a meta-atonement when Act of Killing casts Congo in the “movie adaptation” of his own life. It all makes sense when you submit yourself to Oppenheimer’s bizarre, tragic, and eye-opening experiment.

Many of Netflix’s generic nature documentaries sport titles that promise pleasures both simple (Lions! Pandas! Owl Power!) and terrifying (Invasion of the Killer Whales! Speed Kills! Pelican Dreams!). But if you’re looking for a carefully balanced mix of natural beauty and existential panic, it’s probably best to stick with the master: Werner Herzog. Like other Herzog films, Encounters at the End of the World is filled with stunning images, bleak musings on the chaos of the world around us, and moments of sublime hilarity. Don’t believe me? Ask the deranged penguin.