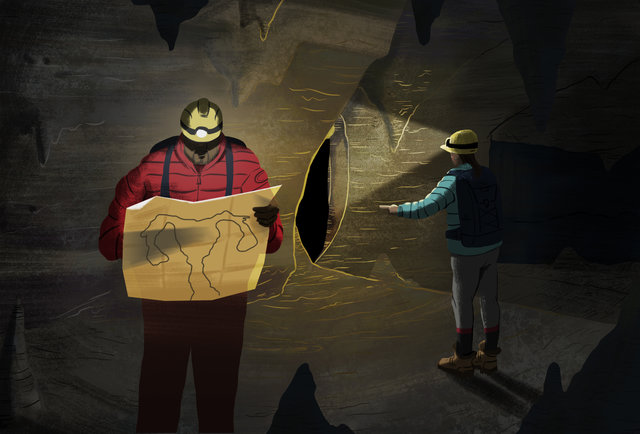 Sure, you may know your way around a G-spot (if she’s got one) and be totally convinced that she never fakes it (new phrase: orgasm perception gap). But while Aristotle was already writing about female ejaculation back in the first-century BC, most people today are still very much in the dark when it comes to the feminine mystique. There is just so much to learn.

We’ll just get the bad news out of the way. Anorgasmia is the inability to get off. It can be global, meaning there is no means by which she’s going to orgasm, or situational — wherein she can only peak under certain circumstances. But no matter what it is, it just sucks. Completely.

2. Getting women off took precedent over their housekeeping duties

The first electric vibrators hit the market in the early 1900s. Um, that’s a decade before vacuum cleaners and electric clothes irons.

3. The sensation of an orgasm is basically the same for men and women

The penis and clitoris are homologous organs developing from the same tissue in an embryo. Whichever you have, it’s connected to the spinal cord (and brain, by extension) via a pair of pudendal nerves. Same nerves, same sensations.

4. And the best position to induce a female orgasm is…

Doggie style! Pat yourselves on the back, guys, science is on your side! This position stimulates the clitoris and the vagina, which in layman’s terms, is a sexual win-win.

5. Orgasms are the mystical fountain of youth

6. They know no fear

During an orgasm, the parts of the brain that process fear shut down.

That’s right — America’s biggest sex symbol was anorgasmic until just before she died, at 36. That’s when she told her psychiatrist that she’d finally enjoyed an orgasm. And then, the proverbial curtain came down. What a waste. 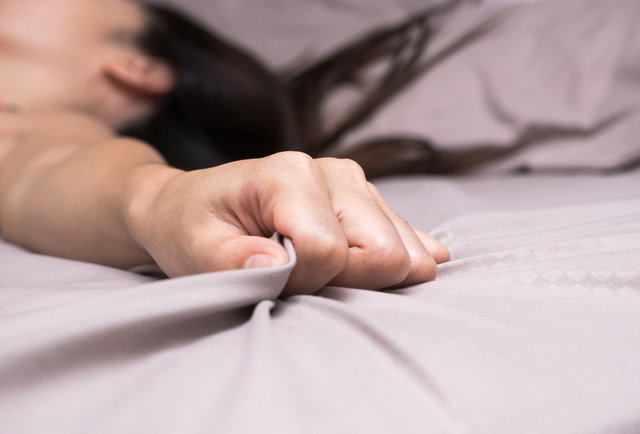 8. There is a best day for sex

Day 14 of a woman’s cycle, to be exact. On this magical day (which is also around the time ovulation occurs, go figure), a woman’s clitoris grows like a magic grow capsule, increasing in size by up to 20%. That makes it way, way easier to get her off, for those of you who are clueless or cursed with crappy dexterity.

9. Orgasms are the best headache cure, hands down

Orgasms work faster than painkillers to reduce headaches and cured 60% of migraine sufferers in a recent study.

10. … and the best treatment for period cramps

The contracting that happens in a woman’s uterus when she orgasms uses up lipid compounds called prostaglandins, which also cause menstrual cramps. That squeezing also helps to flush out excess blood (sorry guys) and other period-related debris that could potentially lead to endometriosis. Tell that to her next time she says she can’t possibly, because it’s her time of the month.

11. Lesbians have the upper hand

While straight women only have orgasms 62% of the time they have sex, lesbians get off 75% of the time. That’s according to a study published in the Journal of Sexual Medicineand I guess shouldn’t be completely surprising since these girls are working with familiar equipment.

Allegedly. Marriage manual author Theodoor van de Velde wrote some patsy book calledIdeal Marriage in the ’30s in which he claimed women’s breath has “a slight seminal odor” about an hour after intercourse. OK, whatever.

A bunch of Belgian scientists got together and determined they could infer a woman’s sexual history by the way she walked. Real life. Basically they analyzed women’s gaits and found that stride length and pelvic and vertebral rotation suggested a woman who was regularly enjoying orgasms.

14. Orgasms are no miracle diet

An orgasm burns just two to three calories, though a person can burn around 50 calories in the activity leading up to the orgasm. Not exactly an excuse to cancel that gym membership.

15. Orgasmic pulsations are some next-level shit

The little round ligaments that connect to the labia move a woman’s uterus to and fro during her orgasm, allowing the cervix to pull in semen that might have pooled in her vagina. It’s like those baby-making parts have minds of their own, grabbing around in the dark to continue the genetic line. Science!

When a woman gets off, her body releases four times the normal amount of oxytocin. Which, if you didn’t already know, is the “bonding hormone.” If she’s not feeling cuddly after sex, it might mean she faked her orgasm. Just saying.

16 FACTS YOU DIDN’T KNOW ABOUT THE FEMALE ORGASM