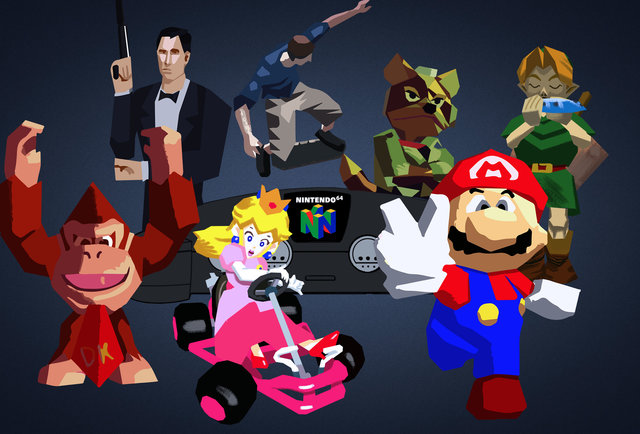 2016 marks an age-defining milestone for gamers: the Nintendo 64 console is nearly 20 years old. Released in Japan in late 1996 — and here in the States in early ’97 — the N64 remains one of the most beloved home consoles to date, having led the charge in 3D graphics and encouraging split-screen multiplayer like no other console before it.

Here, we take a quick stroll back through our 64-bit nostalgia to dig up the top 22 games for this classic system:

Blast Corps didn’t play the best, look the best, or tell the best story. At a glance, it’s fairly forgettable. But the game allowed players to gloriously and gratuitously blow shit up, and that counts for something. The fully explode-able world made the aptly titled Blast Corpsa metric ton of fun to play despite its otherwise mediocre presentation.

While there were any number of high-quality, real-world sports titles for the N64, few were as fun as this trick-filled romp. Personalizing your skater, selecting the right gear, and executing stunt after stunt across a handful of urban environments ensured replayability. With four different game modes for both the single and multiplayer skater, there was no shortage of challenges to overcome or airborne feats to accomplish. 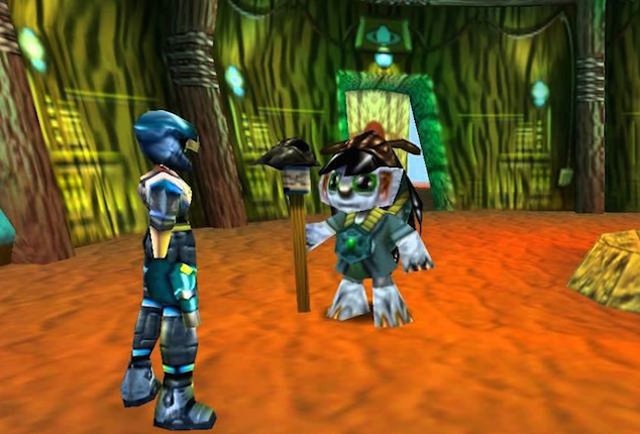 Jet Force Gemini was the ultimate culmination of Rare’s development history. It combined the sci-fi threads of Perfect Dark, the platform-based item hunting of Banjo-Kazooie, and the action-heavy pacing of GoldenEye. While hardly Rare’s best or most focused game, the alien-blasting platformer offered fans of the developer a broad taste of its various strengths — not to mention a boatload of destruction.

One machine, four controllers, and dozens of silly mini-games defined the Mario Partyexperience, which cemented the N64’s reputation as the group-friendly console. They really don’t make games like these anymore — not even for the Wii generation — but little matches the rush of standing beneath a shower of coins as you gloated (perhaps drunkenly) to your friends. 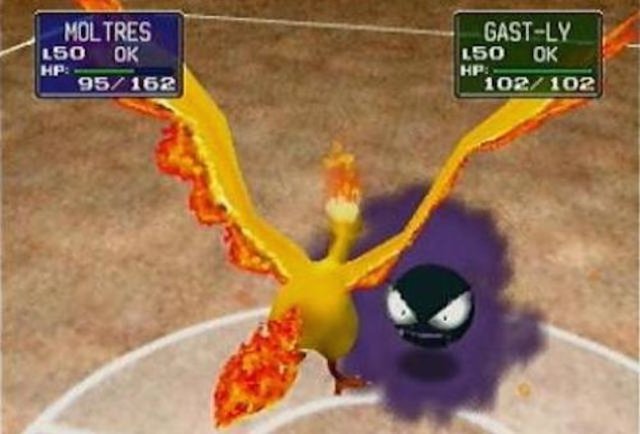 The Pokemon craze of the late ‘90s was served well by the N64. One of several titles modeled after the popular Game Boy role-playing game, Pokemon Stadium stuck fast to the look and feel of the classic game. No story, no character, no diversions — just a monster-vs-monster battle toward victory.

While this N64 classic retold sequences from Episodes V and VI, it made up for in gameplay what it lacked in originality. Mixing and matching play styles — shifting from third-person shooter to 3D space pilot — Shadows of the Empire drew from the original trilogy to tell the single, sprawling story of Han Solo-ish hero Dash Rendar. Not unlike 2015’s The Force Awakens, which, fun fact, originally shared a title with this release. 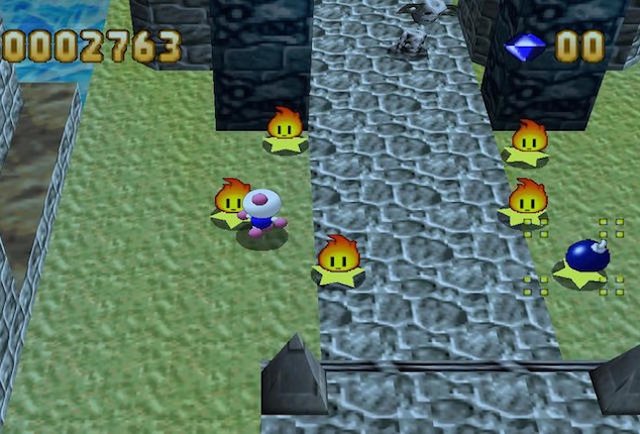 Bomberman 64 updated its previous maze-based incarnations by taking cues from — who else? — Mario. It did, however, add a twist that most of its 64-bit compatriots hadn’t: competitive multiplayer. Boasting a fun, straightforward single-player campaign,Bomberman found its greatest success in allowing friends to blast each other into joyful oblivion. 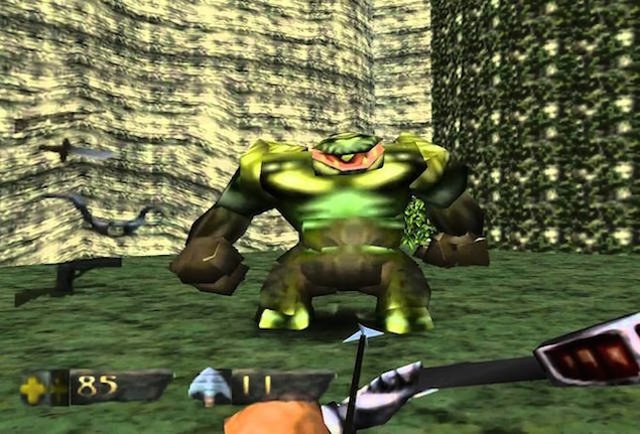 It’s really all there in the title, isn’t it? Dinosaur Hunter. Little more needed to be explained for this underrated action adventure, combining first-person shooter elements with multi-layered platforming and open-world exploration. Also, dinosaurs. Which you hunted. Even in the decades since, few games have attempted — let alone captured — the child-like joy of stalking oversized, predatory wildlife. While Turok didn’t set the world on fire, its overall ambition earns it a place on this list. 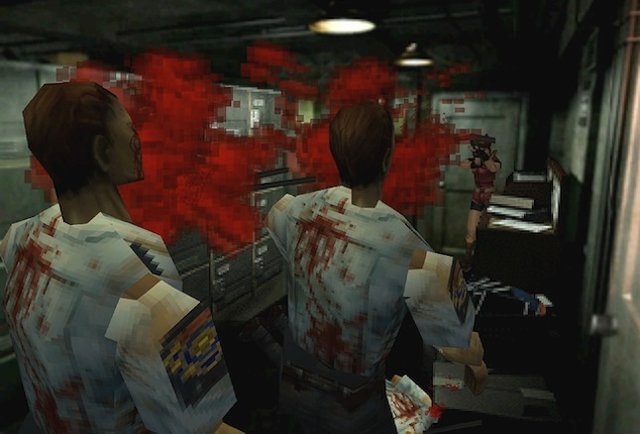 It’s easy to look at the Resident Evil franchise today and see action franchise. But back in ‘98, the series was pure survival-horror, building zombie-driven terror across a number of gothic, urban environments. Strange creatures and conspiratorial organizations abounded in this M-for-mature title — a rarity on the N64 — and while the game originated first on the PlayStation, this masterfully handled port was a welcome addition to the console’s library.

Star Wars: Rogue Squadron gave gamers a gritty space-combat sim on a console known for cartoonish antics. Pushing the limits of the system, Rogue Squadron looked and played gorgeously, putting console gamers behind the sticks of an X-Wing like only PC players had previously known.

WWF No Mercy was essentially the Punch-Out!! of the N64 generation. With a robust move set, a seamless control system, and a roster of iconic wrestlers, the game gave fight fans a title-taking brawler. But it was the create-a-wrestler system that really defined the game, allowing players to design their own unique fighter from dozens of body types and elaborate costume options. For once, everybody could be their own Vince McMahon.

Mario Kart 64 is one of those rare titles that transcends age. From little kids in living rooms to college kids in frat houses, almost everybody sat around with three other controllers chucking turtle shells and power-sliding around corners. Mario Kart 64introduced many of the mechanics upon which the modern titles are built, but it’s still the One True Kart Racer in the minds of many. 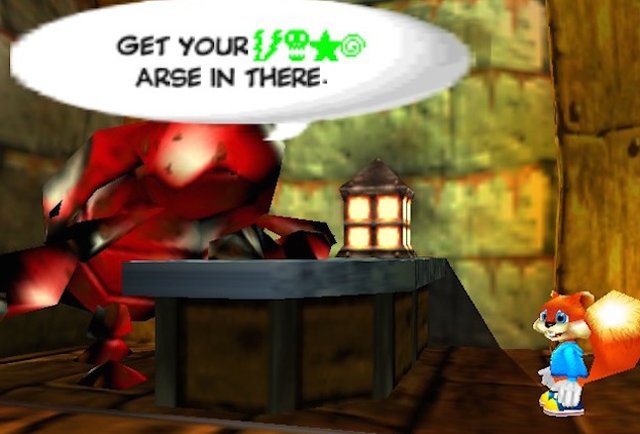 Up until 2001, Rare had produced a long and successful series of cartoonish, kid-friendly adventures. That came to an end with Conker’s Bad Fur Day. Cartoonish? Yes. Kid-friendly? Not one f*@king bit. In this R-rated departure, Rare aimed for the South Parkvibe, filling the game with edgy humor and twisted characters. The goal: help a drunken squirrel attempting to cure last night’s hangover. But the writing, level design, and platforming mechanics were all spot on, delivering one hilariously bizarre adventure for mature gamers everywhere. 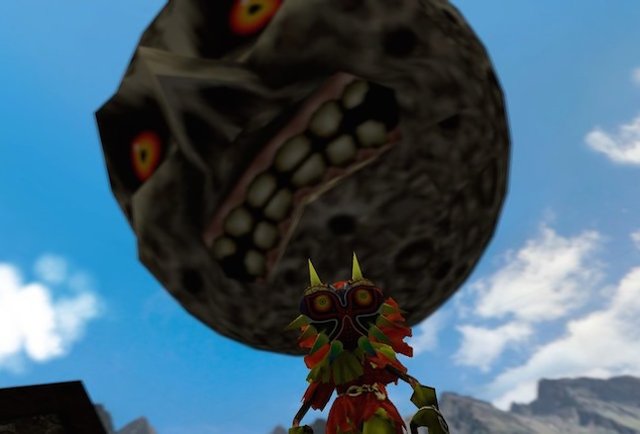 Zelda games continually reboot their worlds. Majora’s Mask spun a dark, brain-teasing tale of two alternate universes — the one seen in Ocarina of Time and its mirror — colliding, a major risk for the game’s storytelling. No Hyrule, no Ganon, no Zelda. Just Link, lost in a new land, daring to stop the apocalypse. Forced to travel back in time to reset the impending doom, the game’s time-jumping mechanic upped the challenge.

By the turn of the millennium, Nintendo had already re-imagined the Mario-verse once with Super Mario 64. Paper Mario managed to do it yet again, this time with a two-and-a-half-dimensional role-playing game spin. While not Mario’s first appearance in a RPG, this graphically stylized, purposefully flattened presentation not only upped the charm but introduced a number of wonderfully explorable levels and a highly enjoyable combat system. 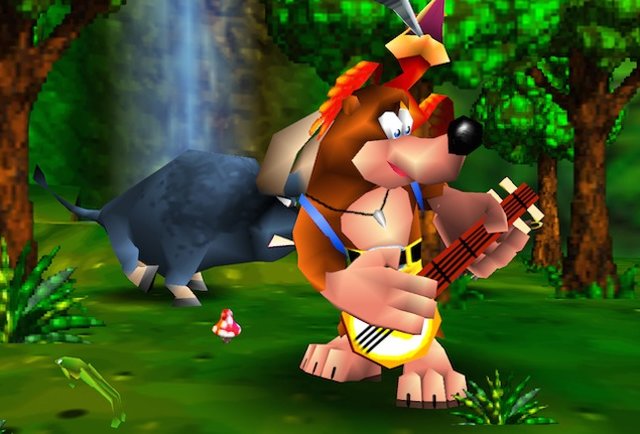 More so than Mario 64, Banjo-Kazooie perfectly captured the feel of a side-scrolling 2D platformer in the 3D world. Playing as a cartoon bear and his pet bird, players had a deceptively simple task ahead of them: navigate a number of themed levels while gathering countless collectibles. Just push forward and pick things up. Today, that would feel like a throwback. In 1998, it felt like a colorful evolution of the classic Nintendo game.

A modern-day no-brainer, it wasn’t until 1999 that Nintendo had the foresight to combine their stable of classic characters into a single, uber-addictive brawler. Unlike Mortal Kombat or Street Fighter, Super Smash Bros. has never been known for its mechanical nuance or delicate balancing. Players have simply been mashing buttons and unevenly matching characters for more than 15 years, all thanks to this OG pile-on of epic personalities.

With the horsepower afforded to the then-next-gen N64, a fully 3D space-combat game was inevitable. More inevitable: a remake of the Nintendo classic, Star Fox. Giving players the freedom to navigate the galaxy in a variety of laser-blasting vessels, Star Foxput a fresh coat of paint on one of the console’s most iconic and beloved characters, Fox McCloud.

While not as groundbreaking as its predecessor, GoldenEye, Perfect Dark evolved its shoot-em-up mechanics into a visual feast of sci-fi espionage. Following futuristic super-spy Joanna Dark, the title folded in elements of stealth and stylized weaponry to keep the formula interesting. Fans may have clamored for yet another 007 shoot-em-up, but what they got was an alien-ridden urban shooter for the sci-fi set. 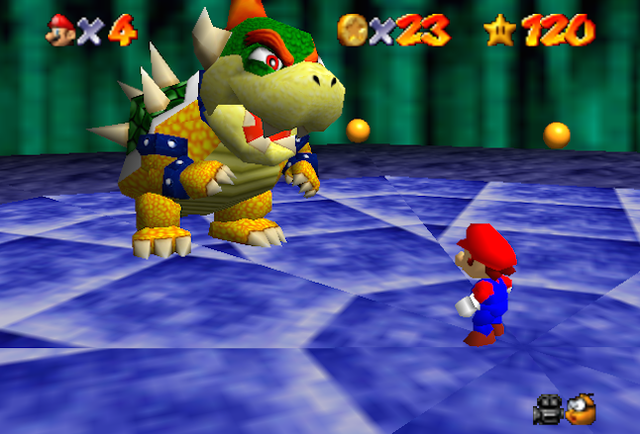 For years, Mario ran left-to-right across the Mushroom Kingdom in search of his Princess Peach. With Super Mario 64, Nintendo successfully — and completely — redefined its lynchpin franchise, nailing the transition from 2D to 3D without sacrificing any of Mario’s charm. The game’s wildly creative levels, smooth controls, and central hub areas were hugely inventive for their time. 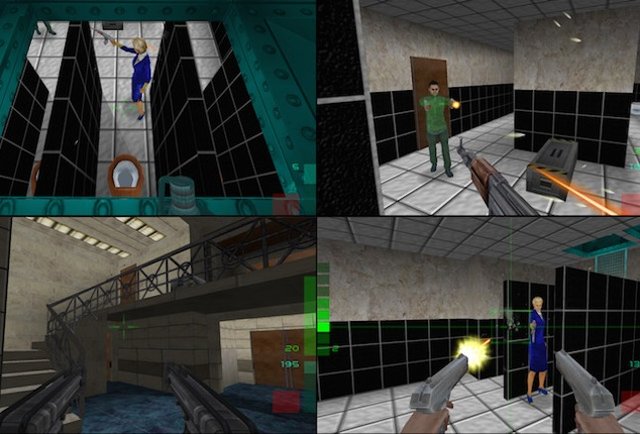 While first-person shooters are commonplace on consoles these days, there was a time when the genre was exclusive to the multi-buttoned PC. GoldenEye was one of the first titles to translate the genre’s twitchy mechanics for the console generation, adapting the Pierce Brosnan-led Bond film into one of the ‘90s’ finest shooters. While the game gave players the unique freedom to freely explore its levels and complete objectives in a non-linear sequence, it was its multiplayer that took center stage. Halo and CoD addicts would do well to remember that it was 007 — not Master Chief — who popularized the Deathmatch.

Ocarina of Time remains one of the greatest titles of all time. With a surprisingly deep, gripping story, Ocarina ushered the green-clad Link, the villainous Ganondorf, and the sprawling kingdom of Hyrule into a new era. The game’s semi-open world and inventive, multi-layered dungeon design — not to mention its easy-to-pickup game mechanics — made Ocarina pretty much the blueprint for action-adventure titles yet to come.