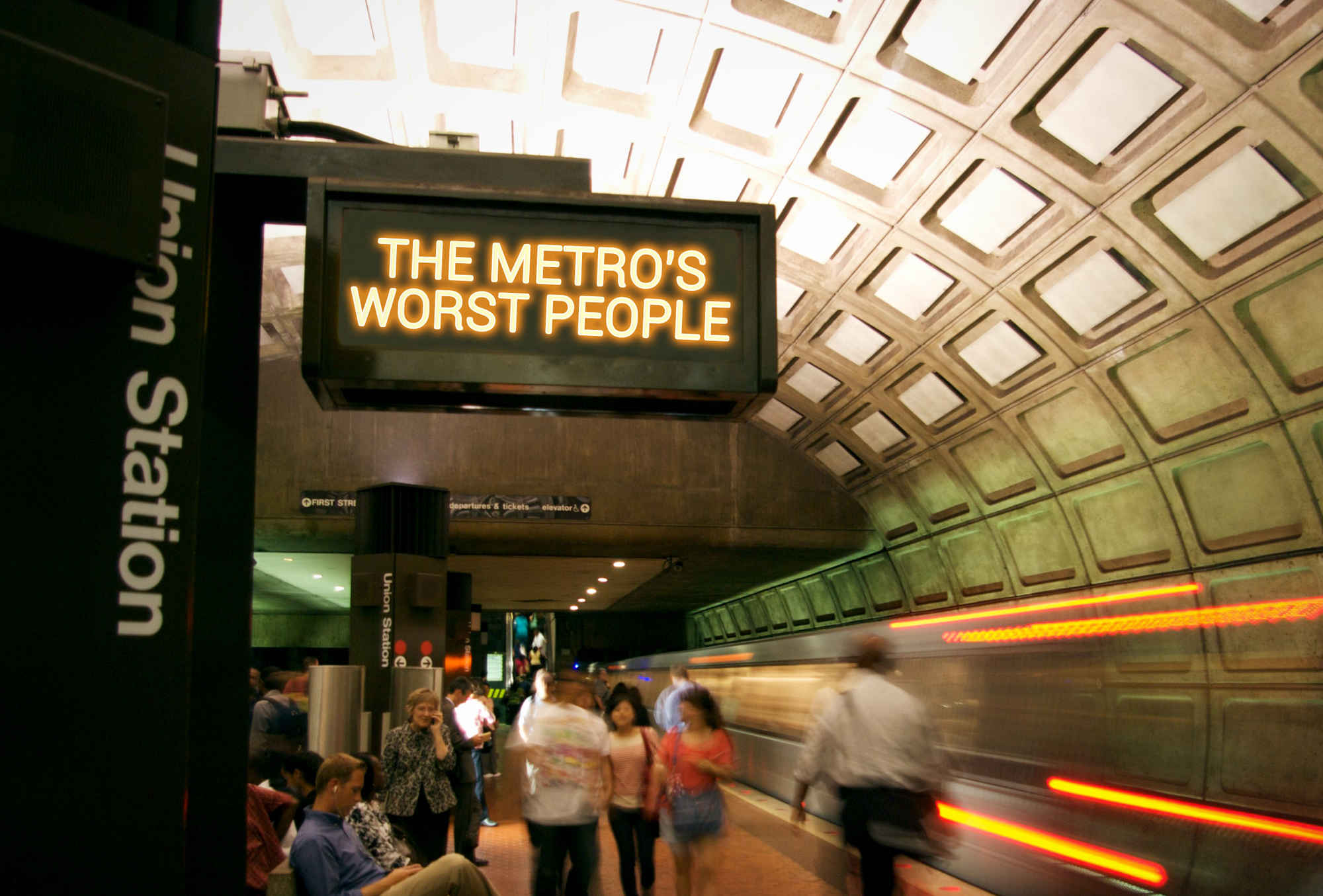 Sometimes the only thing worse than single-tracking hot cars and crowded trains are the people you’re riding along with when you’re just trying to get to work. Or the bar. These are the 25 worst offenders: 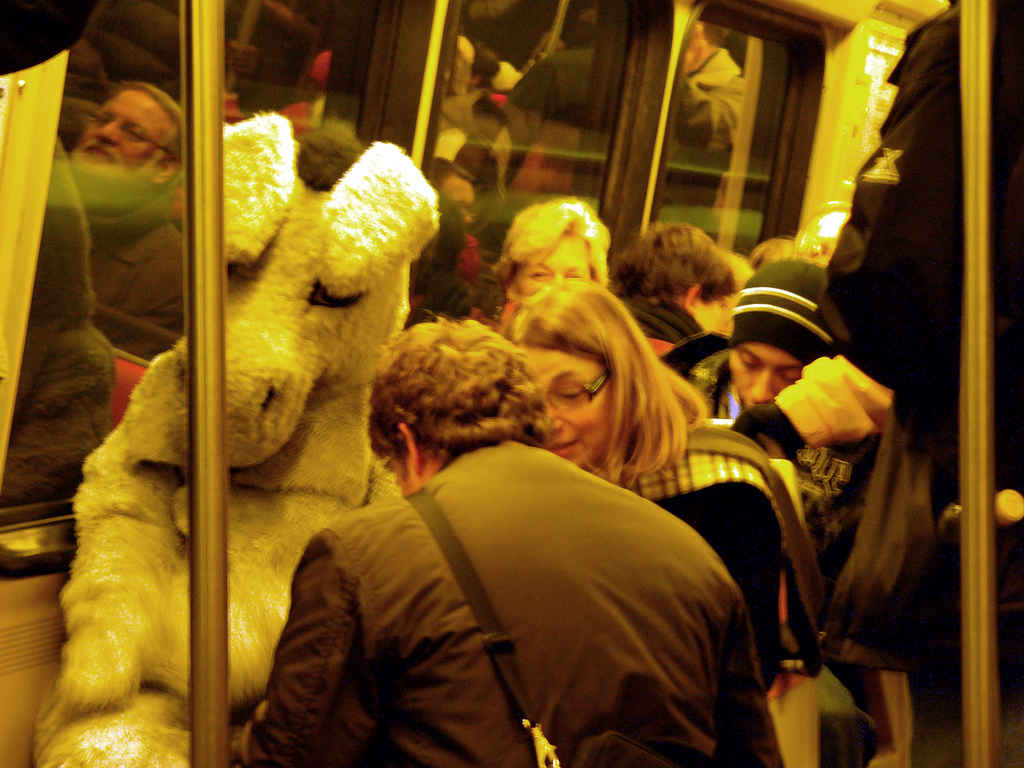 … whose antics have nothing to do with October 31st. That would constitute an explanation.

He’s leaning against the pole in the worst way possible. Those aren’t his hands holding on.

Sometimes he’s confused for a contortionist. 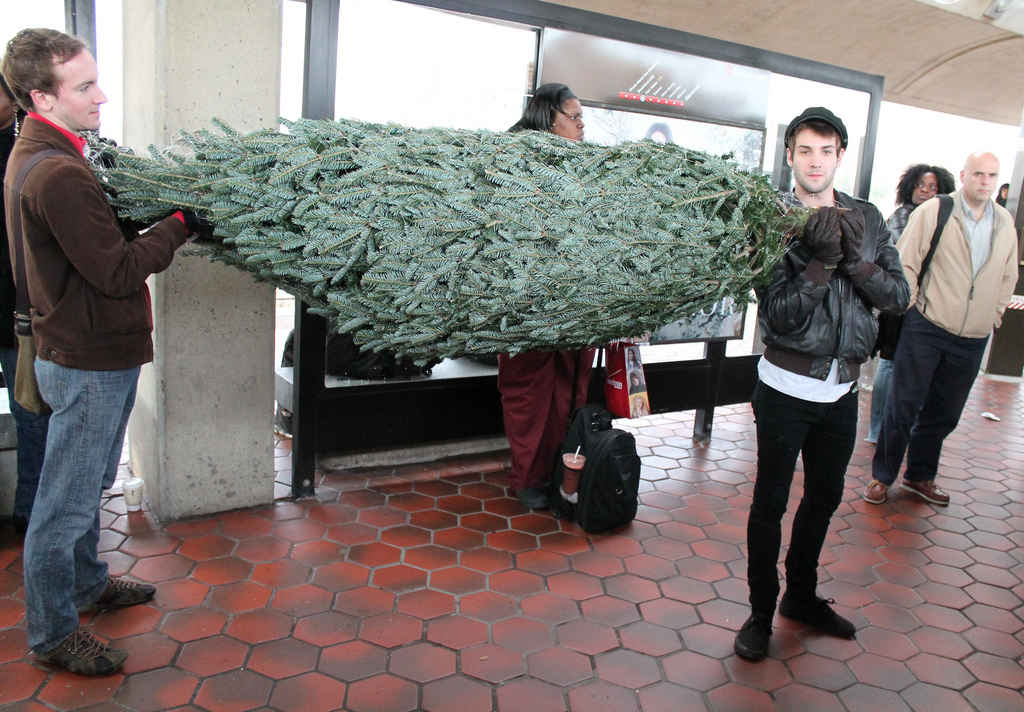 They only come up for air to text. Each other. With emojis.

Flossing and nail clipping are for the bathroom, not the Orange Line. 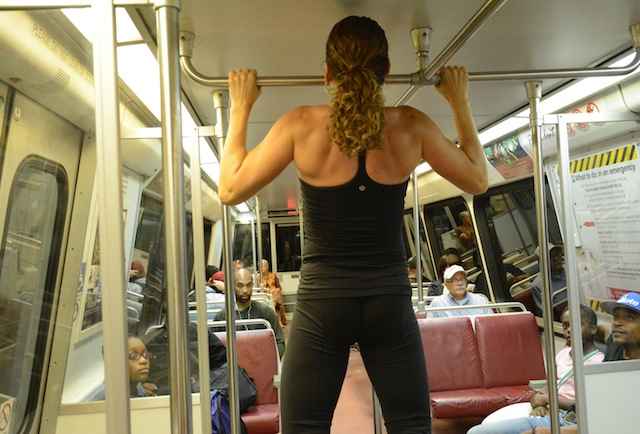 Isn’t the point of headphones to keep music to oneself? This phenomenon has also been called “earspray”.

There’s a pregnant lady who could really use that seat. But you haven’t noticed because you just beat level 140 and then spammed everyone you know with Facebook requests.

Responsible for not one but three “stand clear, doors closing” announcements

As in, the guy who sits on the outside seat and challenges you to ask him to slide in with his look of unadulterated misery.

He’s checking his map, elbows out, at every stop, looking simultaneously confident and confused as his kid kicks your seat. 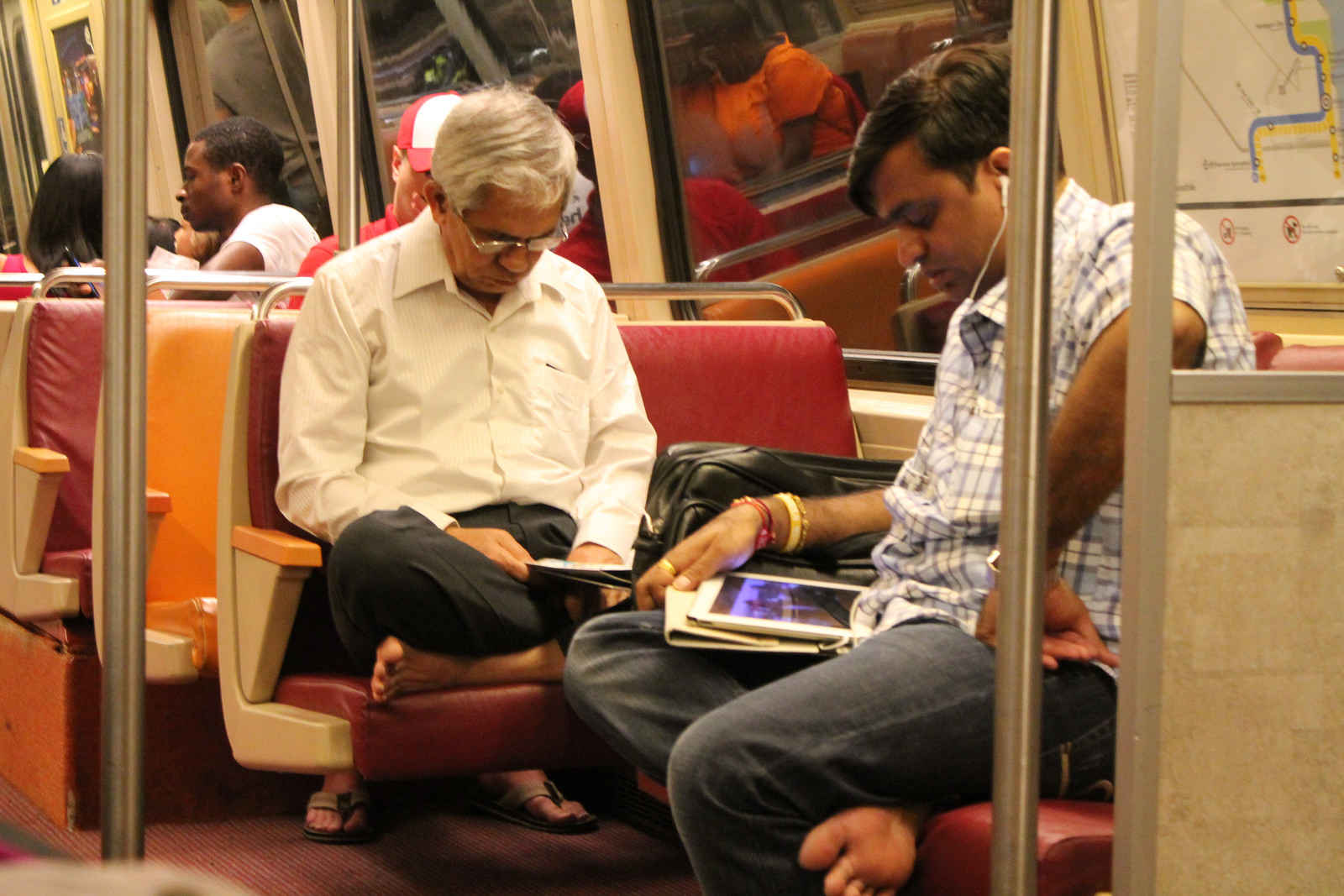 No shoes, no shirt, no problem. Wait. Problem! BIG problem!

15. Still sweating after the gym guy

If you’re so athletic, why not jog home?

He will likely tell you that briefcases, like corporations, are people. 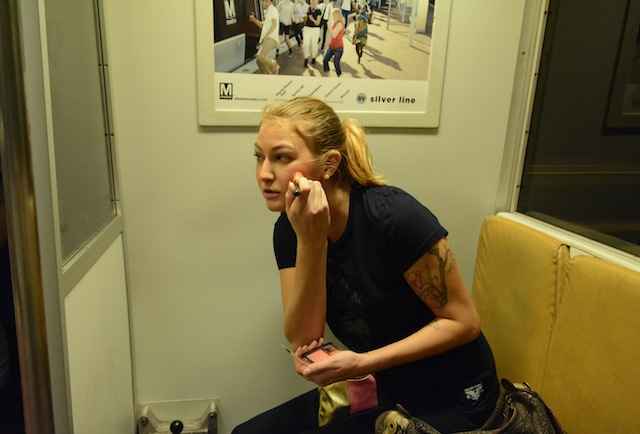 Spoiler alert: it didn’t work out.

18. “Just left McFaddens and gotta get home to Arlington before I puke” guy

He’s holding a plastic bag. Just in case. Give him room.

19. The overly reproductive family of six

… that spurs an impromptu game of musical chairs so they can sit together from Smithsonian to Metro Center. 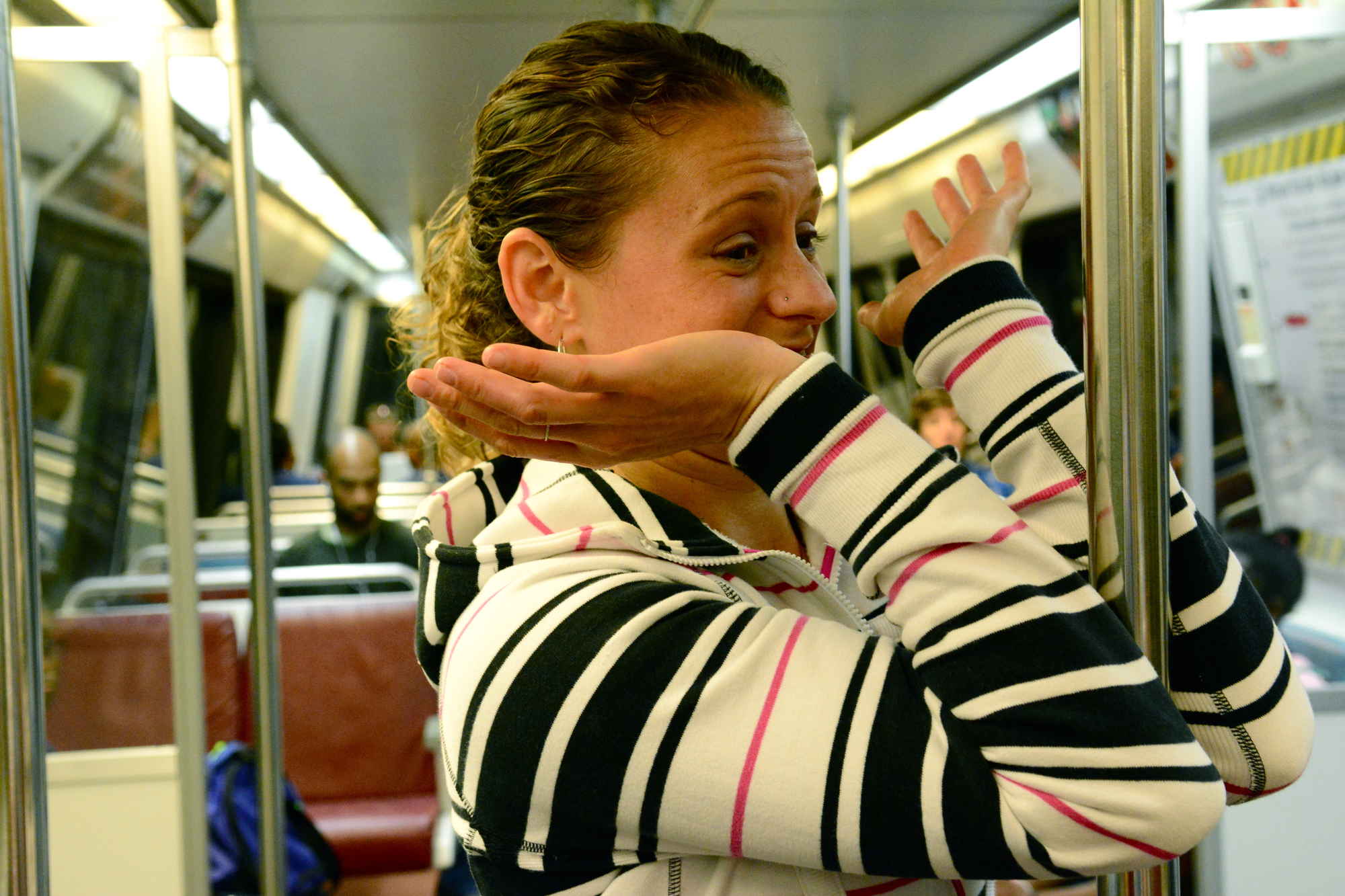 She’s the one holding on with only her elbows while somehow spraying lavender hand sanitizer at every stop.

Doesn’t matter if it’s a bag of chips or a hot, stanky tuna melt. Fine, it’s worse if it’s the tuna melt.

That “C-A-P-S Caps Caps Caps” cheer isn’t gonna happen. Just give up and wait until you’re among your own kind. 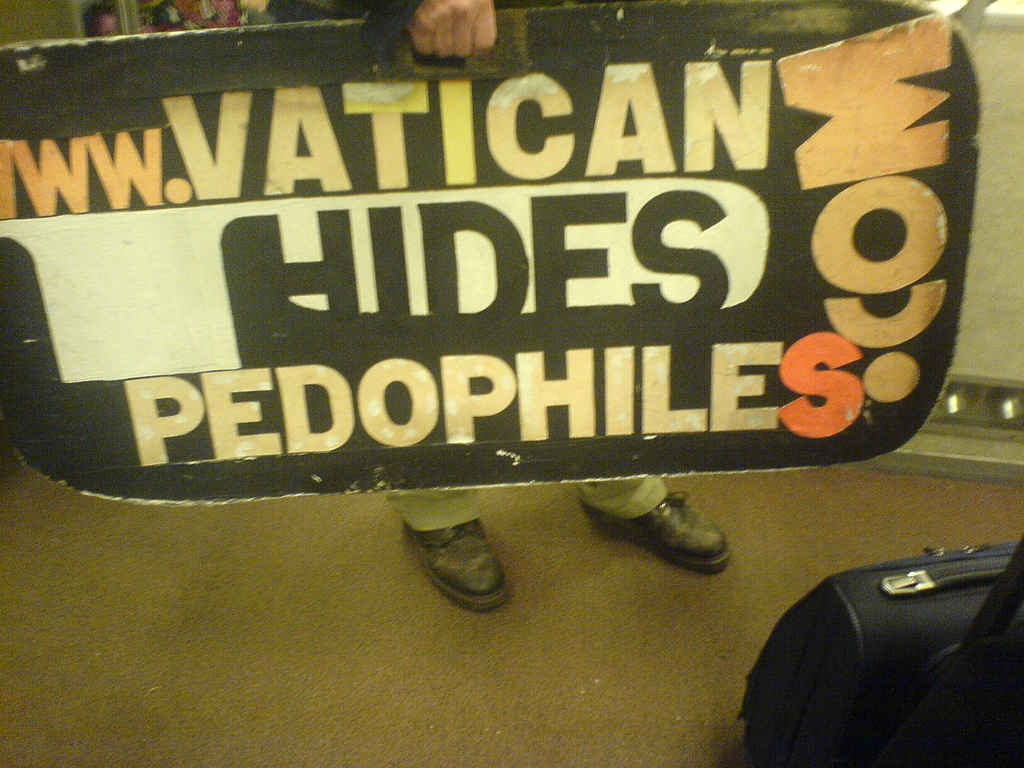 He’s coming in from the burbs to be HEARD. He’s also constantly bumping people with said sign.

Wait, keep talking actually, as everyone is suddenly engrossed in the drama between your aunt and cousin about the baptism.