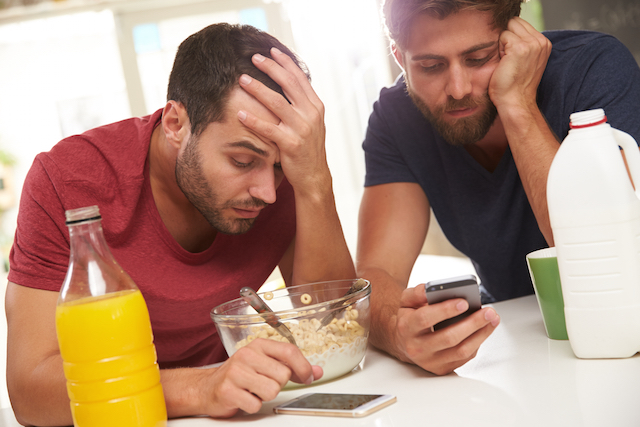 Whether on accident or on purpose we’ve all gotten too drunk before. Instead of wandering off to bed and keeping to ourselves, drunk us thinks we’re awesome. While we should be chugging water, we’re still chugging beers and talking to people. Drunk people are like a yin yang, sometimes they’re awesome and other times they’re horrifying. There are some common things that drunk people do that we need to somehow stop. These things quickly turn from awesome to annoying. These are five things drunk people need to stop doing.

Make plans for a trip you’ll never go on- We get it you’re drunk and the inhibitions are low, you can finally talk how you’ve always secretly wanted to go to Indonesian! When someone says “Oh man, I’d love to go there” it’s not an invitation to plan it out with them on the spot. Drunk people love to talk about how they’re going to travel because sober them is petrified of traveling. Whether it’s a trip down to a beach or all the way to another country, it’s never going to happen.

Repeat Yourself Time and Again- Girl, is this the 1990’s, cause I think you’re a CD on repeat. When drunken people get something stuck in their head, it stays stuck in their head. They manage to repeat it time and time again. Sometimes you don’t need a new joke, you need a new audience. Other times you need someone to roofie you and put you in your own bed with the door locked. Repeats are like brain hiccups, only twice as annoying.

Explain How not Drunk You Are- If someone asks you “How drunk are you?” what they’re actually saying is “You’re starting to get everyone worried” or “I think you’re so drunk you might call your mom”. Explaining how drunk you’re not is always the best way to show how drunk you actually are. Explaining that you ate a huge dinner isn’t going convince anyone you’re fine after fifteen shots, it just going to let them know you’re about to vomit a lot more than usual.

Running- This is a completely unexplainable reaction to drinking. After drinking enough to limit your reaction time to that of a brick and your motor coordination to that of a new born infant something makes you go running. Every time it happens you fall and end up bleeding but it still happens. Why do we drink and run. What are we running to, what are we running from?

Pay for Everything- Okay Mr. Money bags, did you miss where the decimal point is in your bank account? You have fifty bucks not five hundred, but you’re convinced you can pay for everyone. Nothing like hearing the next day how much money you spent and realizing you’re fucked. No one is impressed by the guy that throws around money at the bar, they are impressed that they tricked you into buying them a shot and a beer.

Everyone loves a drunk, just not one that’s decided he’s a track runner.

How about drinking more?

That depends on how much you’ve had before; it’s no fun trying to save a friend from choking on their own vomit or possible making a trip to the hospital from alcohol poisoning, right?

But within reason, yeah, why not have another? (I find it funny I’m saying this considering I rarely have more than one drink on a night I’ve decided to have a drink… which is also rare.)