Look to your left, look to your right. Is someone swiping on Tinder? Thought so. Business Insider reports that an estimated 50 million people use Tinder every month, with over one billion swipes per day. ONE BILLION. That’s, like, the entirety of China.

With that vast number, there must be an equally high rate of rejection…and boy is there. Of the billion swipes happening across the dating platform, there are only 12 million matches—just over one percent, making the rate of success pretty damn low.

If you’re looking for better options, here’s a bunch of apps you should try to help those achy swipe-ridden fingers relax. 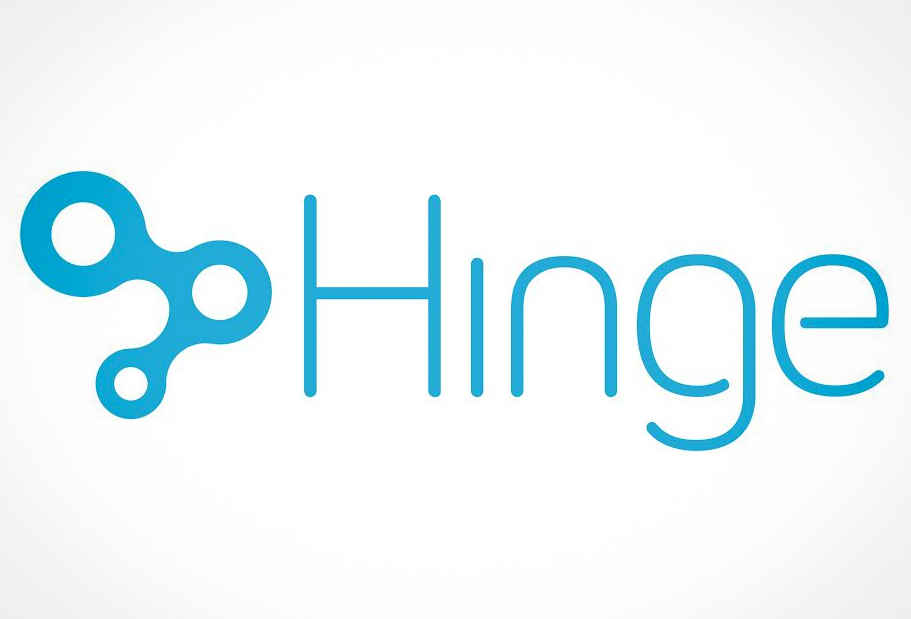 A big issue plaguing Tinder is the sheer randomness of it all. Hinge bypasses it all by promising a pool of users you know. Every day at noon, Hinge sends you matches based on the mutual friends you have on Facebook. One of the biggest struggles on Tinder is breaking the ice in the most non-creepy and effective way possible—what better way to introduce yourself than by sharing a crazy story about Brian from middle school. Man, that Brian dude was such a dope-on-a-rope.

Why it’s better than Tinder: Hinge is strictly not about the anonymous one-time hookup, but rather building a meaningful relationship. “We’re actually a way to meet people in real life,” said founder and CEO Justin McCleod in a February interview with CNBC, “It’s all friends of friends, so it’s hard to use [Hinge] for casual encounters.” 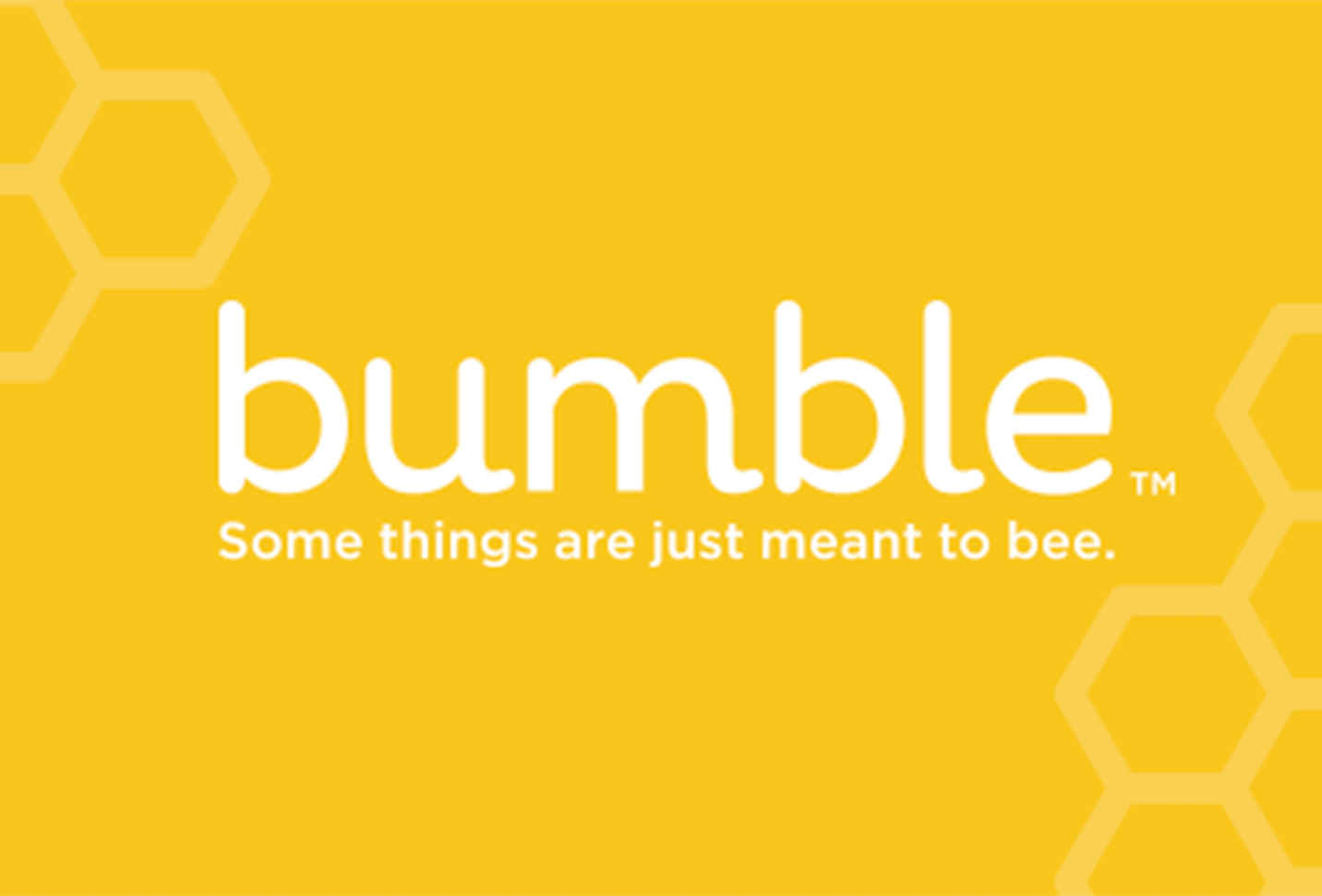 Guys, you’re great, but—as one of you—I can attest that we get creepy as f*ck on dating apps, and by dating apps I especially mean Tinder. And you know who doesn’t like graphic suggestions of devious sexual acts as an icebreaker? The ladies you’re trying to break ice with. That’s why you should consider Bumble, the mobile version of a Sadie Hawkins dancein which men aren’t allowed to message women first.

Why it’s better than Tinder: Bumble puts women in charge, and their CEO is a former Tinder co-founder. Whitney Wolfe lays it out: “What do women want…put a woman in charge and she will show you.” Bumble picks up where Mel Gibson failed and shows men what women truly want.

Supercompressor alum, Ali Drucker, swears by it: “I discovered the men on bumble were noticeably less horrible than Tinder, because they’re a self-selecting group. On Bumble, men don’t have the power to shoot off dozens of mass messages hoping something sticks.”

Among the most frustrating aspects of Tinder is the constant back-and-forth it takes to actually set up a date—pending you want a date to be more than an ice cream and love-making sesh, an event I’ve coined the “cone-n-bone.” HowAboutWe has always been about bypassing the low-grade chitchat by immediately supplying a date spot for you and your new date to talk about the idea of eventually having pre-coital ice cream.

Why it’s better than Tinder: There are professionals involved. Users put in a specific time for romance and the peeps at HowAboutWe search through your matches for those who’ve also opted in for the same date.

They call themselves “the Uber for dates,” and speed and discretion is the name of the game with Pure, which is probably named incorrectly. Similar to Tinder, Pure only shows you people who are nearby, and are up for a date right now. But unlike Tinder’s long string of damning evidence, your conversational history and racy photos are automatically deleted within an hour. This gives you privacy and a reason to act quickly.Why it’s better than Tinder: You have a way, way, way better chance of hooking up with someone without any stigma. Digital Trends reports: “You’ll never feel out of bounds sharing your desires. After all, you’re both there for the same thing.” Isn’t that what we all want? Validation and discretion rolled into one neat little package?

Get this: a dating site for bearded men. Hell yeah! Not that we’re an underdog community or anything, but there’s no harm in adding some specificity to a dating app. Cosmo lays it out for everyone to understand:  “Instead of asking if you’re single or taken, or looking for men or women, Bristlr simply asks if you have a beard.” This English dating site simply shaved off a major part of the competition.

Why it’s better than Tinder: Not everyone has a beard and that dramatically decreases the pool of available men who aren’t you, making your chances of finding a match higher. And, unless you’re our comically hairless deputy editor [Ed. note: Hey now!], growing a beard is a total breeze. You literally do nothing.

Did You Say Social App For Bearded Men?

What do we talk about when we talk about Tinder? Well, we can’t gloss over the fact that people use this app for the sole purpose of action. And what’s better than a night of unadulterated sex followed by an ice-cold soda—an old “poke-n-coke?” Dating apps have begun to lose their stigma, but that doesn’t mean people aren’t still weary of showing their faces on what can be considered another tier of social media. So, how do you quell this problem with discretion while still putting it all out there? Bleep.

Why it’s better than Tinder: Complete anonymity. No personal information required. For parts of a conversation that you’d like to keep temporary, there’s a feature called “Whisper” that automatically deletes the conversation after 25 seconds and even foils screenshots—If a friend manages to capture the screen, they won’t be able to capture who said what, since nicknames are blocked out. Hell yeah.

When two people swipe on each other, they’ll see a short list of friends and activities they have in common—which is always the mysterious tech guy from work and Breaking Bad. For those High Fidelity lovers who believe taste and compatibility are married forever,Tastebuds is an app worth trying. Users match based on their iTunes library and can send each other songs to find that person who loves Krautrock as much as you.

Why it’s better than Tinder: Music says a lot about your personality, and Tastebuds caters to that. A 2010 study conducted by Australia’s Dr. Adrian North of over 36,000 people in more than 60 countries concluded that, “People do actually define themselves through music and relate to other people through it.” Obviously, that’s a measly fraction of the world’s population, but you know you’d be pumped if you found someone with the same Baby Huey record as you.

OkCupid is a legacy site, along the lines of Facebook—or Myspace when it was still a thing. Despite their age, OkCupid has been around long enough to perfect its process of bringing people together. How? Matchmakers—well, a matchmaking algorithm. It’s the kind of complicated technical jargon akin to explaining how anything on Star Trek worked—but I’m be damned if it doesn’t work.

Why it’s better than Tinder: COMPUTERS AND ALGORITHMS AND ROBOTS! (Oh my!)

lol… I’m bookmarking this for use after I move out of state this summer… couldn’t hurt after all.