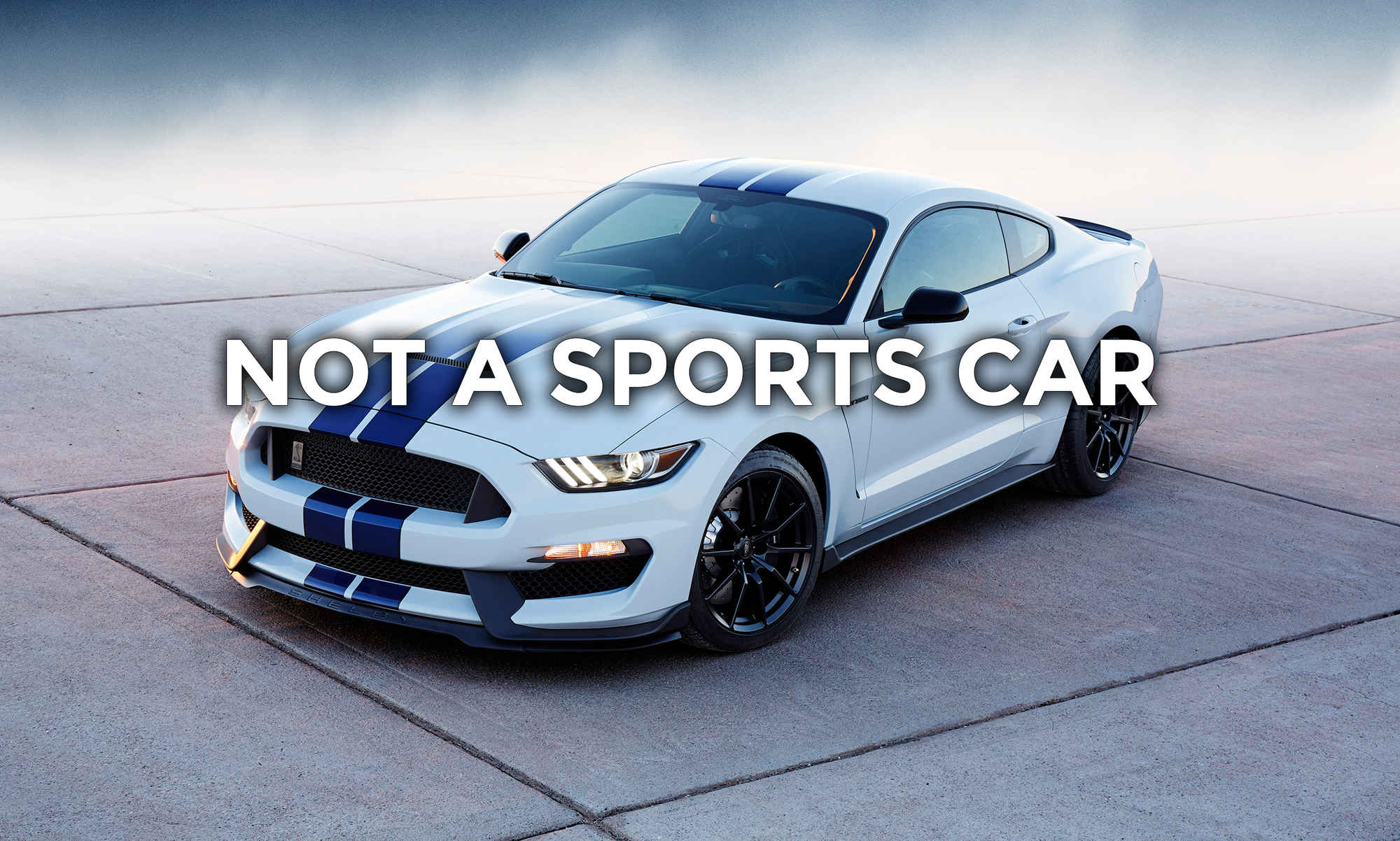 As cars evolved, so did the terminology used to describe them. Frequently, words were misinterpreted and redefined, passed on from one generation to another before cementing their place in the lexicon of automobiles.

Even more frequently, manufacturers pushed the boundaries of definitions to make products sound more appealing. What follows are nine terms you’ve probably been using incorrectly your entire life. It’s a hard habit to break, so let’s get started.

In order to qualify as an SUV, a vehicle has to be constructed by a method called body-on-frame, like a truck. Many of today’s vehicles that are called SUVs are constructed in the same manner as a car, however, and are therefore crossovers.

Most people seem to think “moonroof” and “sunroof” are interchangeable, or that it’s simply a matter of sunroofs being metal and moonroofs being glass. Both are wrong. If it’s a glass panel that slides back inside your roof, your sunroof is also a moonroof. If it’s made of any other material or it retracts in any other way, it’s still a sunroof, but absolutely not a moonroof.

Did your car come with a back seat that can fit a fully grown human being? Congrats! You don’t own a sports car. That means a Camaro or an M3 can never be a sports car. Is your car as lightweight as realistically possible, with its first, second, and third emphasis on driving feel and very little thought given to luxury? Ok, you have a sports car.

Defining a car as a coupe has absolutely nothing to do with the number of doors it has. Contrary to popular belief, the etymology cannot be traced to “couple.” Traditionally, “coupe” meant that a car had no B-pillar right behind the front seats—Mercedes and Rolls-Royce like to stick with that definition today. More modern definitions, however, including those of the SAE, define a coupe as any fixed roof car with less than 33 cu ft of rear interior space.

A muscle car is a family car that happens to have enough power to alter the Earth’s rotation. Think about cars like the Mustang, Camaro, and Challenger; as Pony cars (read: not muscle cars), they’re three excellent examples of exactly why everyone gets this one wrong. Now, an old school GTO, or a modern Chevy SS or Charger Hellcat? Those are muscle cars.

Take the general idea and style of a sports car, and then make it so luxurious you’d be fine spending a week in it on a cross-country trip. Then, add enough power that no one will ever pass you on the autobahn. That’s what a GT car is, even if many cars’ badges say otherwise.

Are you talking about a competition that involves organized wheel-to-wheel battles? No? Then you’re talking about any number of things, like a track day, or a time trial, maybe even a rally. Those can all be fantastic forms of motorsport, but they’re not racing, which adds an element of high-speed chess. 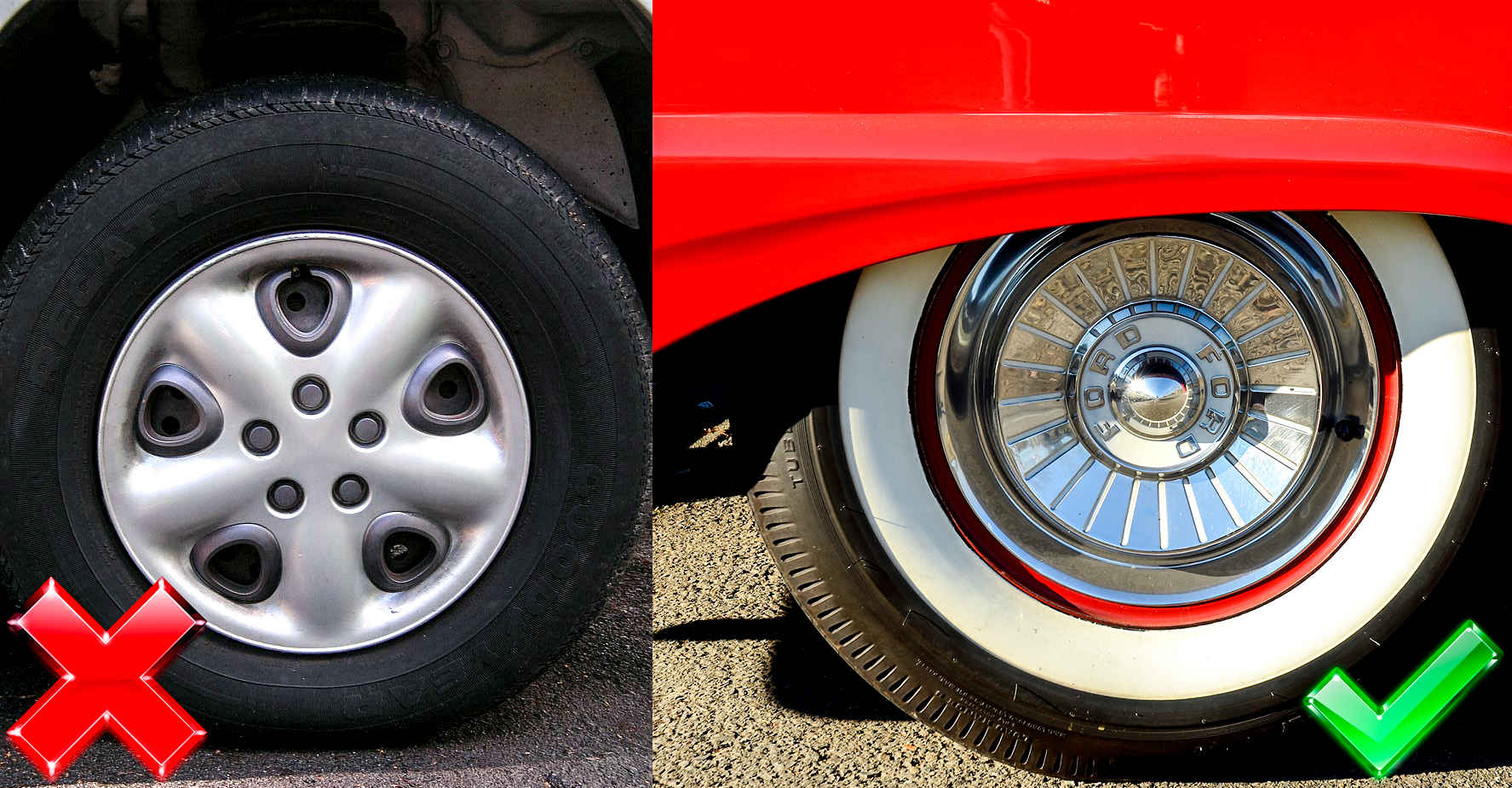 There was once a time when plenty of people mistook an entire wheel for a hubcap. The truth is a hubcap is a metal or plastic cover over the, er, hub…and it served a few relatively minor functions back in the day in the name of longevity and beautification. Now, people think they’re those cheap plastic wheel covers you can buy at Walmart.

First off, that “truck” is really a tractor. Think about it: it’s a very powerful industrial tool designed to pull something behind it, just like a farm tractor. The trailer it tows is technically called a semi-trailer because it only has wheels in back. The proper term here is tractor-trailer. You wouldn’t be entirely wrong if you truncated the whole thing to “semi,” so long as there’s a semi trailer involved…but calling it a “semi truck” is always wrong.