9 Sinister Things Nazis Did To Inmates At Concentration Camps

Now, the Nazis and the awful, evil things they did have been documented extensively on the internet. You’re probably thinking, “haven’t it all been covered yet?” We’re depressed to report that our answer is simply, “No, no it hasn’t.” 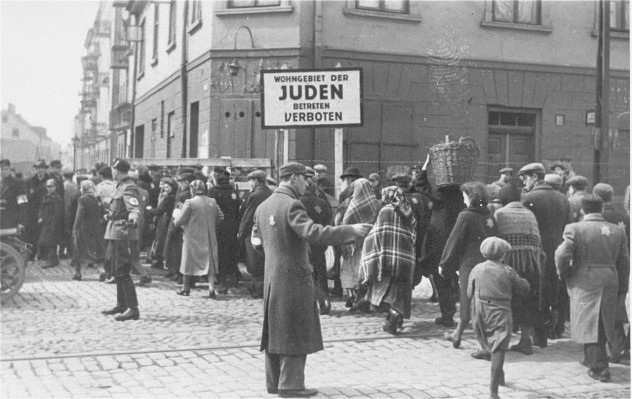 Simply put, a Sonderkommando was someone tasked with disposing of the dead. Their more gruesome duties included ripping out the gold teeth of the dead and sweeping away the ashes of the corpses. Because Sonderkommanden weren’t Nazis, they were prisoners.

Their misery was only compounded by the fact that they were considered “Geheimnisträger” (secret-keepers) and as such, were considered too dangerous to be kept alive for too long. They were killed and replaced every few months without warning. The first duty of a new Sonderkommando was often disposing of the body of the person they replaced. 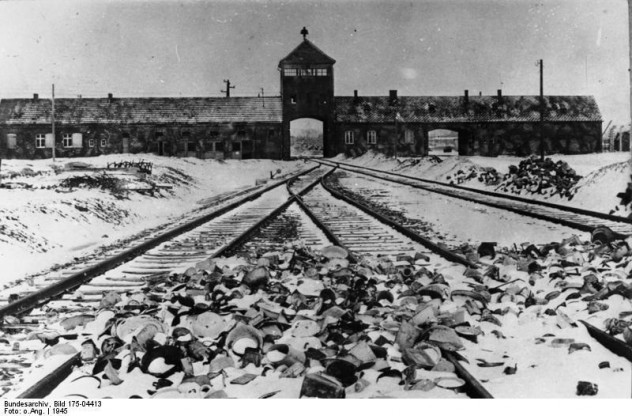 Moving thousands of people to the camps was no easy feat and required one of the largest and most disgustingly efficient applications of mass transport in human history. Though each train was able to “comfortably” hold 50 passengers, it wasn’t uncommon to see cars filled with more than 200.

Passengers were not given food, water, or protection from the elements for their journey, and it wasn’t uncommon for people to die from the trip alone. When one train arrived at a camp from Corfu, the Nazis opened the doors to find everyone inside had already perished. The journey had taken 18 days. 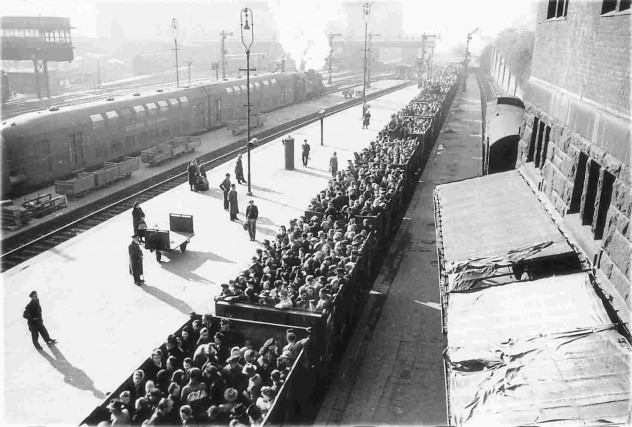 Wait, how can we possibly introduce a more depressing fact than the one already covered above? Well, leave it to the Nazis to find a way to make murder trains more evil.

As if sending thousands of people to their almost certain deaths wasn’t already bad enough, Nazis decided to charge people for the privilege (you know, to really impress Satan). To be sent to an extermination camp, a Jewish person had to pay the fee for a standard-fare ticket. The Nazis weren’t complete monsters though—they waived the fee for children under the age of four. 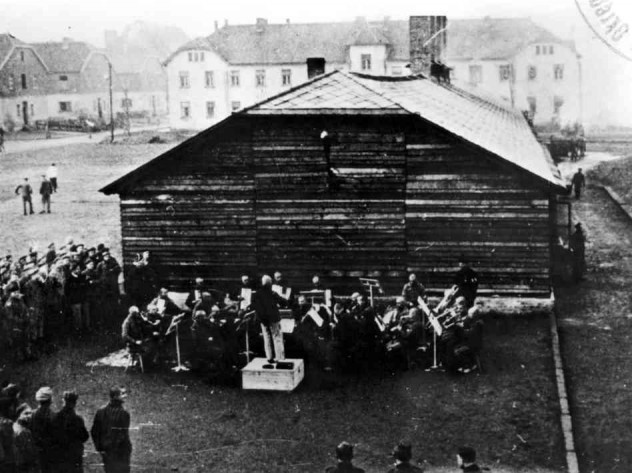 The Nazis were truly sadistic when it came to psychological torture and they were even able to turn music into a weapon of misery. The moment an inmate arrived at the camp an orchestra (usually comprised of prisoners) would play obscenely upbeat music which inmates had to sing and march to as they walked towards their death. The music continued even while people were being gassed; however, even with a full orchestra, they were rarely able to drown out the screaming.

The guilt of doing this haunted survivors for decades after the war. 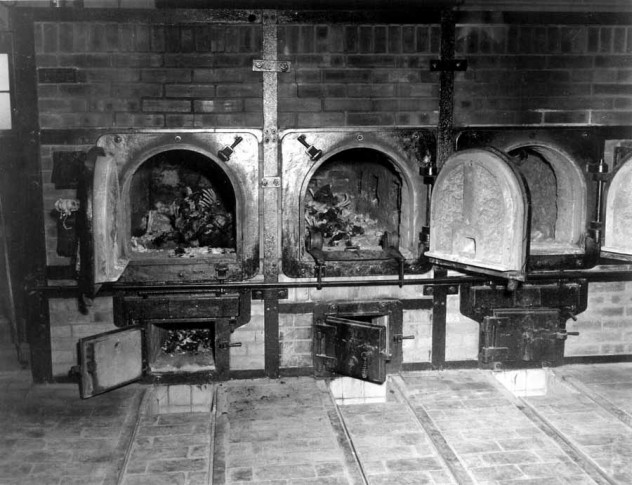 It was an oft-repeated myth that the Nazis made Jews use soap made from the fat of previous Holocaust victims. To date, no conclusive evidence has ever surfaced to support this claim, but that didn’t stop the Nazis from telling inmates that it was true. This just goes to show the horrific lengths Nazis went to to break prisoners—everything in the camps had to have the constant reminder of death hanging over it.

Bonus: The Nazis did actually make soap from human remains, because of course they did. They just (mostly) never used it. 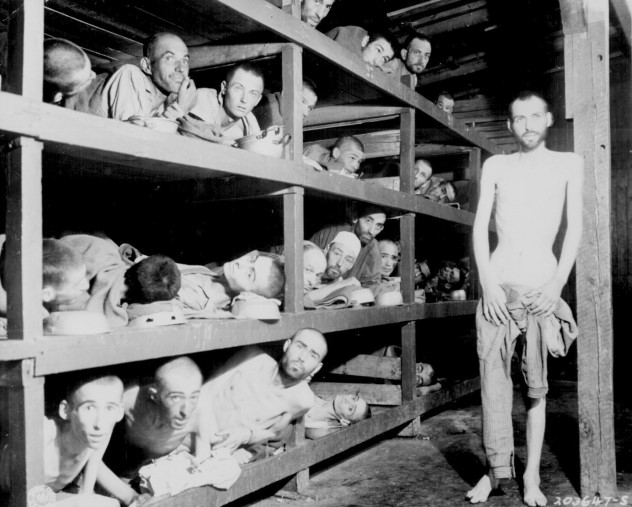 Not everyone killed in the camps was granted the relative mercy of a semi-quick death; some were simply forced to stand in a room without food or water until they died. Sometimes used as a method of torture and sometimes used simply to send a message, Block 13 of Auschwitz became synonymous with death, as anyone who managed to survive starvation was invariably killed in another way.

But worse still were the so-called “dark cells” which contained no light and were so tightly sealed that the occupant had no choice but to slowly suffocate as they used what little oxygen they had. 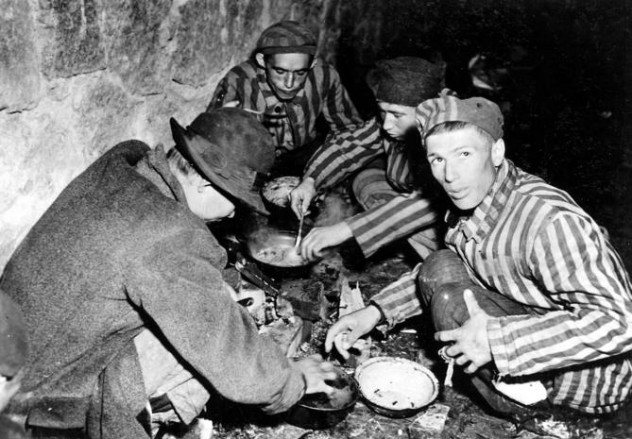 The daily food rations of an average prisoner were scant at best—bread made from sawdust, sausage made of mangy horses, and tea made from weeds were the norm for many prisoners. This lack of adequate nutrition led to, among other things, prisoners stealing food from the dead and—in more extreme cases of hunger—some inmates resorted to eating rotted food from the garbage, just to get some sort of nutrition. 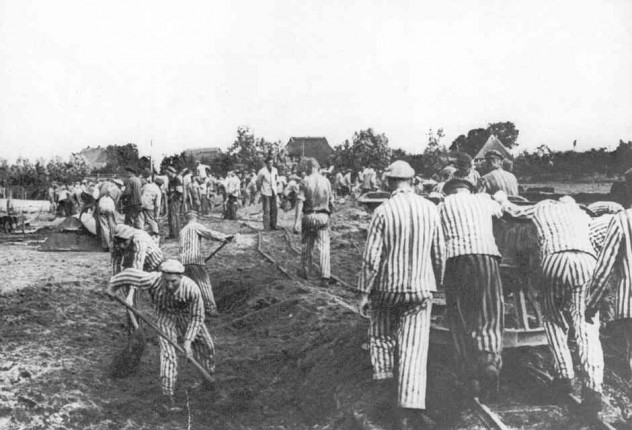 The Nazis performed many experiments on the inmates of various camps, one of which was to gauge the damage of drinking seawater. Dr. Hans Eppinger forced approximately 90 Gypsy inmates to drink nothing but seawater just to see what would happen. Severe dehydration was the answer. This dehydration was so severe that inmates reportedly licked the floors after they’d been mopped just to get a single drop of fresh water. 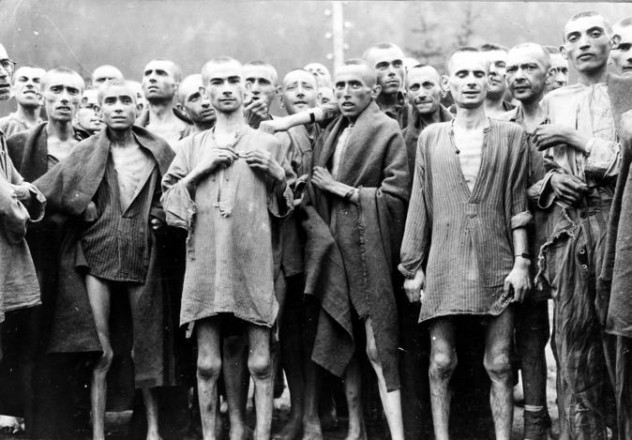 The sheer scope of just what the Nazis did to people will probably never be discovered due to the destruction of most of the records. However, human experimentation wasn’t just common in camps, it was encouraged. Prisoners were submerged in ice water to see the effects of hypothermia, injected with chemicals and poisons to test their effectiveness, sterilized, vivisected, and operated on without anesthetic. The worst part?

Their efficiency was unparalleled. Sadly the goal was evil. I am only surprised that they seemed to take pleasure from the act.