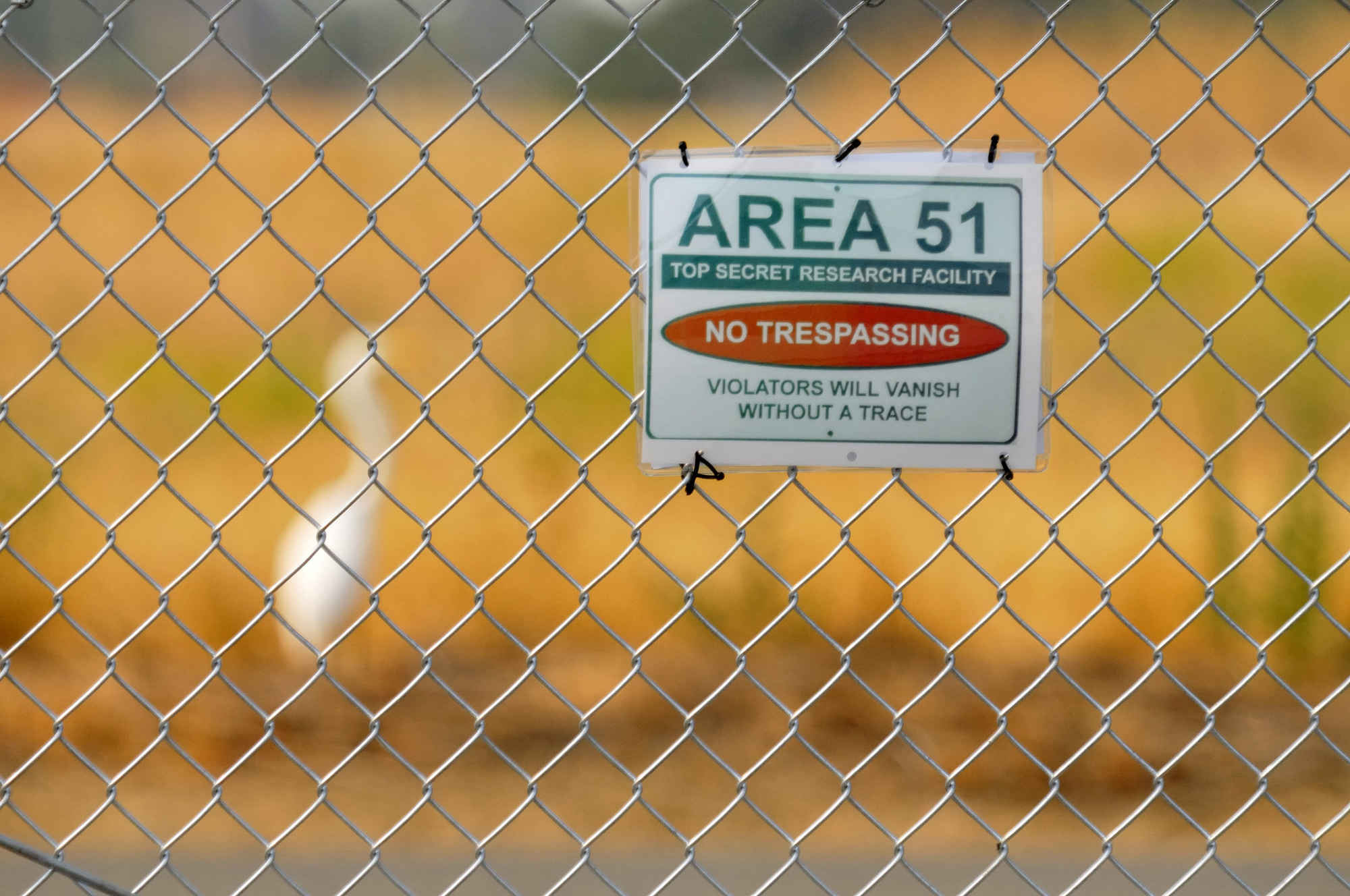 You don’t have to carry around The Catcher in the Rye or hang out at a tinfoil haberdashery to believe in crazy conspiracies. Plenty of people believe in strange possibilities — just look at the success of National Treasure. Actually, just look at how successful Nic Cage is. He’s gotta be Illuminati or something.

In any case, the United States has a boatload of bizarre backstories people believe, whether they involve aliens or secret societies. These are the places with the most enduring, craziest conspiracies. 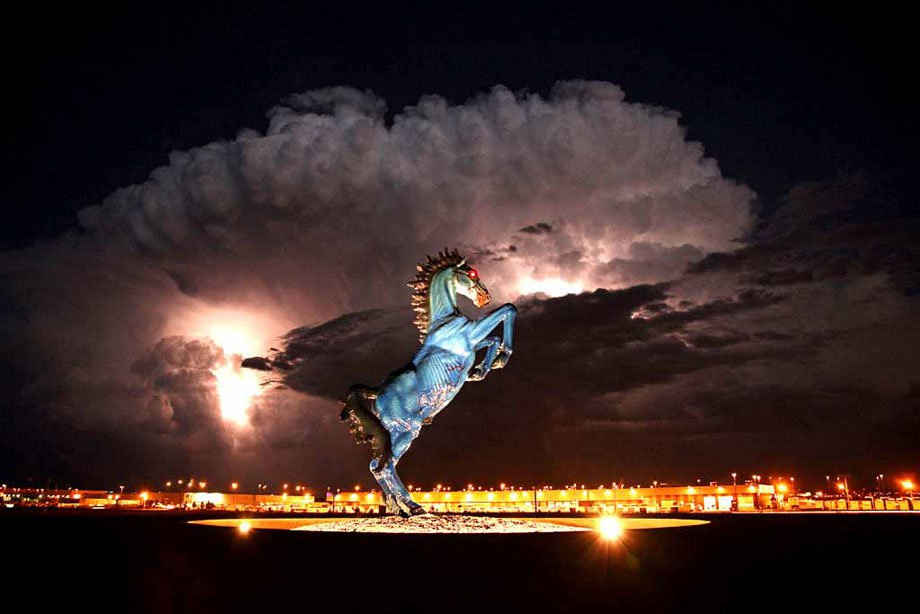 Denver, CO
Conspiracy: It’s the Illuminati Headquarters
The theory goes like this: Despite the existence of a fully functional airport close to downtown, the largest airport in North America — it’s twice the size of Manhattan — opened in 1995. It also ran $2 billion dollars over budget. Obviously something shady must be going on with all that money and space — namely, that the Illuminati (or variously, the Nazis or the New World Order) secretly built their headquarters beneath the airport. Because nothing screams “secret headquarters” like a place that sits below Sbarro and Cinnabon.

Theorists point to swastika-shaped runways and alleged funding by “The New World Airport Commission” (which doesn’t seem to exist) as proof of the HQ. They also claim odd words engraved on floors, violent murals, and strange sculptures, like the 32ft, red-eyed demon horse, and the devil sitting in a suitcase, are hallmarks of something sinister.

A slightly less insane theory posits the airport is home to post-apocalyptic fallout shelters for the world’s VIPs. So if you hear about Oprah spending a strange amount of time in Denver, well, you’ll know something is up. 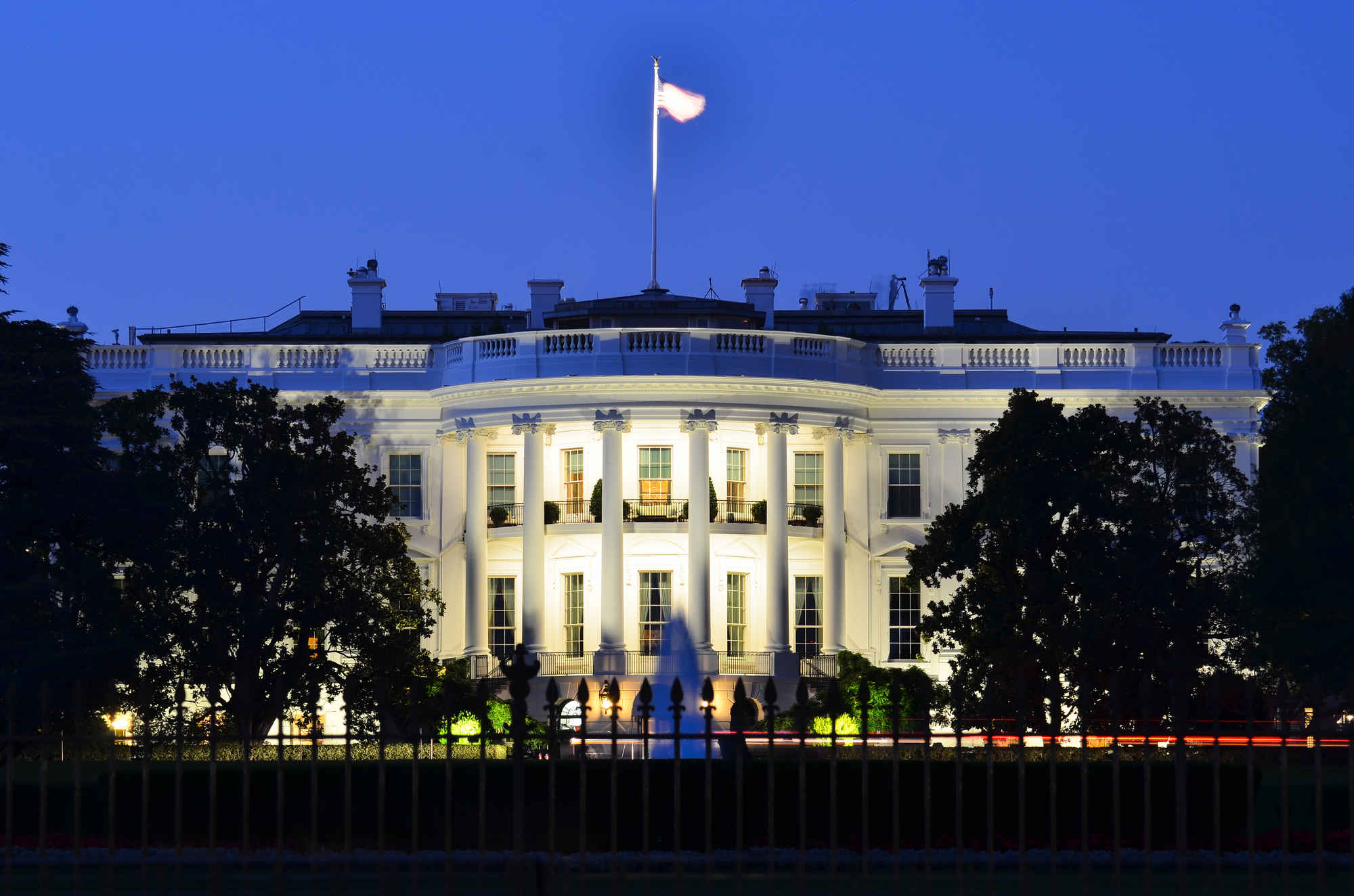 Washington DC
Conspiracy: The Freemasons built Washington around Satanic symbols
Allegedly, the streets of the nation’s capital form an inverted pentagram that points directly to the White House and intersects with some of the city’s most important landmarks. Anyone who’s experienced DC traffic during the summer can attest to the possibility of the city actually being hell.

Others believe the pentagram means Satan has access to the president. Either way, further satanic substantiation is provided by the Dupont Circle, Logan Circle, and Scott Circle neighborhoods each having six streets that intersect, adding the number 666 to the mix. Oh yeah, and then there’s the Pentagon. 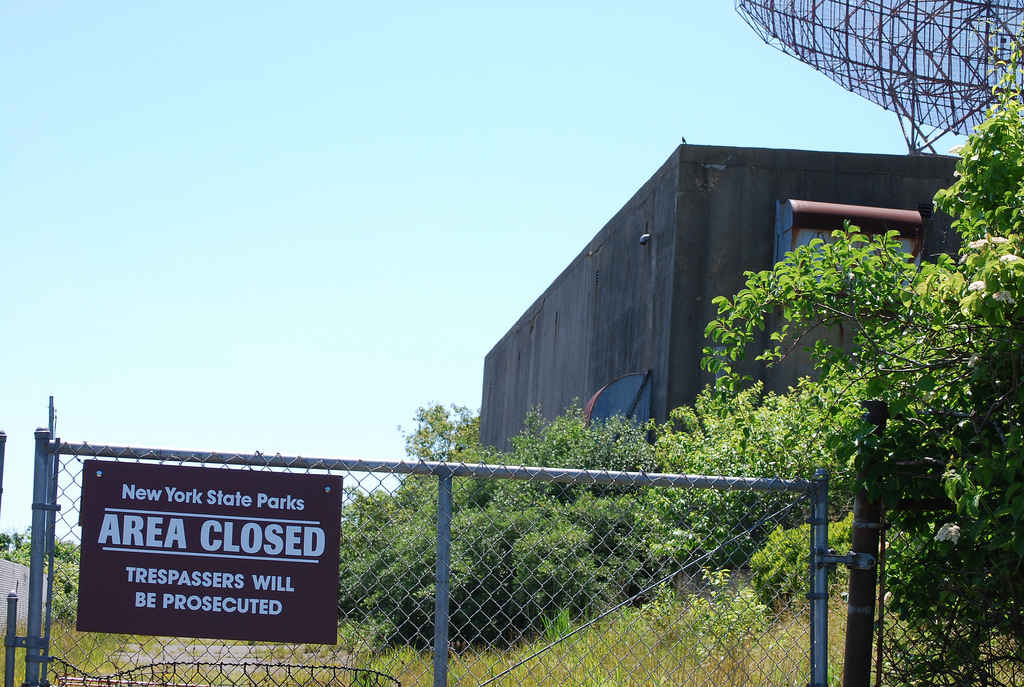 Montauk, Long Island, NY
Conspiracy: Time travel is possible on Long Island
There are plenty of things you don’t understand about Long Island. Here’s another: time travel. Camp Hero was a cannon testing facility during the Revolutionary War, then a military defense against Nazi invasions during WWII. But the now-decommissioned labs were also allegedly dedicated to researching time travel, teleportation, and mind control under the top-secret moniker “Montauk Project.” That sounds more like a show sandwiched between “Real Housewives” and “Million Dollar Listing,” but whatever. Too bad the place was shut down before scientists figured any of that out… or did they? Only Andy Cohen knows for sure. 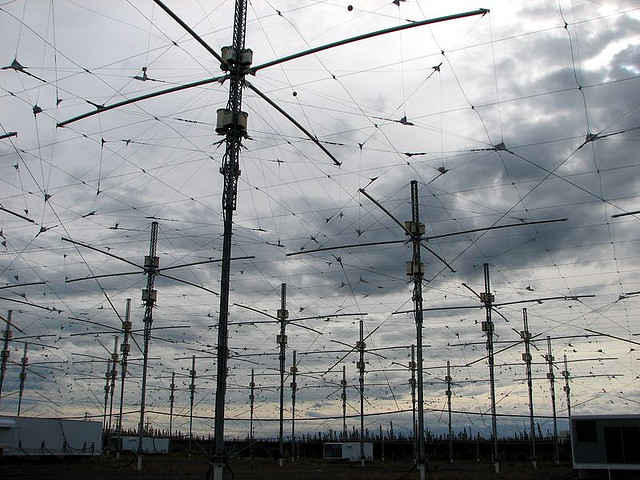 Gakona, AK
Conspiracy: HAARP controls the weather
Though it shut down last year, the High Frequency Active Auroral Research Program, a military site that studied the atmosphere, had a good run, allegedly controlling the weather since 1993 — as opposed to Dairy Queen, which has only controlled Blizzards since 1985. HAARP has been blamed for all sorts of crazy crap, including hurricanes, earthquakes, and floods. It’s even been accused of fostering diseases like Gulf War Syndrome and Chronic Fatigue Syndrome, along with being the culprit behind the 1996 crash of TWA Flight 800, and the 2003 Columbia space shuttle disaster. Dairy Queen, on the other hand: only responsible for hot eats and cool treats. 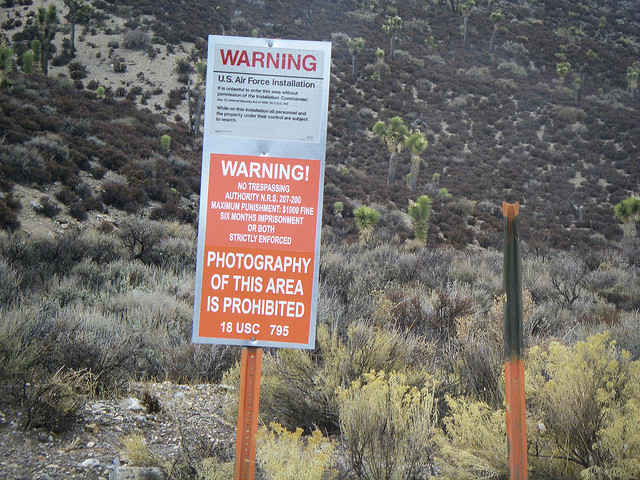 And no, we don’t mean people at the $5 blackjack table at 7am. Those are lowlifes and deadbeats, not extraterrestrials. Although they are often not human-looking. Allegedly, all those UFOs and aliens spotted over the years are being hoarded at Area 51, a top-secret Air Force base 85mi from Vegas.

Scientists are said to use the remains of crashed UFOs to reverse-engineer their futuristic technology… or the “true story,” if you think Men in Black is based on a true story. Other theories speculate about lab tests on aliens, both alive and dead, or even working with aliens to create new technology. If you can’t beat ’em, keep their corpses in a secret military base and reverse-engineer their technology. That’s what we say.

It also doesn’t hurt conspiracy theories that airspace restrictions prevent even Air Force pilots from flying overhead, and that the CIA didn’t publicly acknowledge the base’s existence until July 2013. So there’s that. 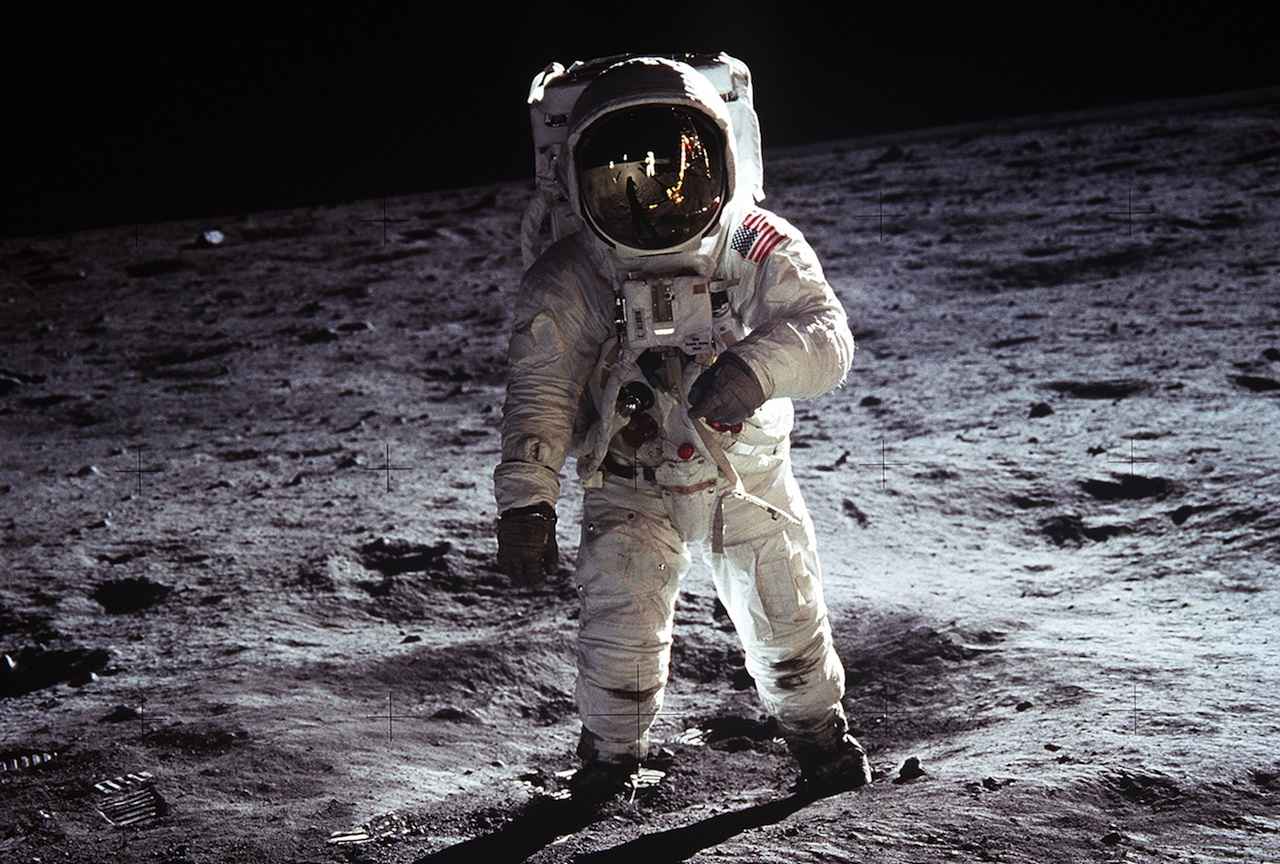 Los Angeles, CA
Conspiracy: The moon landing was a hoax
That one giant leap for mankind? More like one giant lie, according to enough people that the theory would stay on the Baseball Hall of Fame ballot. Seriously, 6% of Americans thought it was a hoax in a Gallup poll. One of the most enduring conspiracies claims the moon landing was faked by NASA to beat out the Soviets in the Space Race. Well if that’s the case, then why wasn’t Alan Shepard better at golf?

While many versions of how the hoax was staged float around the Internet, a popular one claims a shoot was set up in Hollywood, sponsored by Walt Disney, based on a script by Arthur C. Clarke, and directed by Stanley Kubrick, who had plenty of practice making realistic space sets thanks to his 1968 movie 2001: A Space Odyssey. Honestly, it’s unclear why Hollywood is banging out all these sequels to make money and nobody’s hopped on staging another moon landing. After all, they did green-light Grownups 2, and Adam Sandler probably makes more than it costs to build an actual space rocket.

You lost me at ‘illuminati”