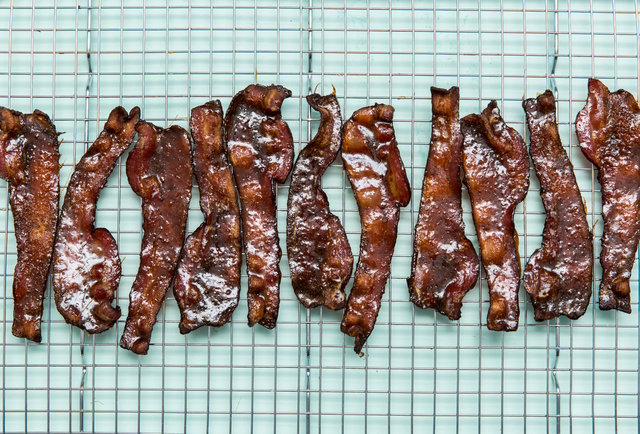 Some offices have candy jars. We have those, too, but we know the only thing that can truly motivate someone to pretend to be a cupcake on Tinder to pick up girls is bacon. That and booze. So we combined them: the beer & maple syrup glaze gives smoky bacon a crisp, candied crust that actually tastes like beer.

If for some odd reason these slices don’t disappear within minutes, they’ll keep overnight at room temperature.

Preheat oven to 375℉. Place 1 pound of thick-cut bacon in an even layer on a rimmed baking sheet. Bake until crispy, about 20 minutes. 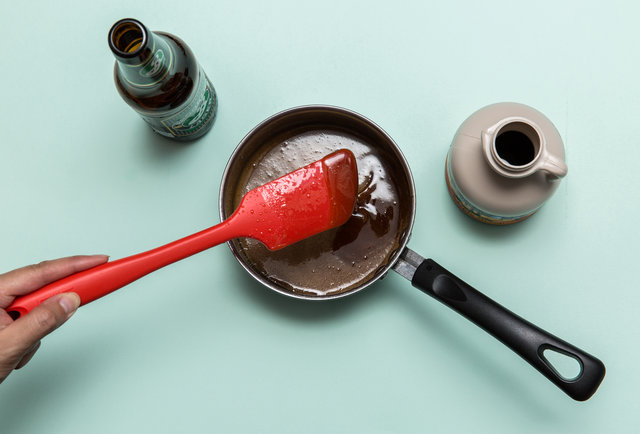 Bring the glaze to a simmer over medium heat, and cook, stirring often, until the liquid is reduced by half and looks thicker than syrup, about 20 minutes.

Brush it on thick

Brush a thick layer of glaze over the bacon and bake until caramelized, 8-10 minutes.

Let cool on a wire rack for 5 minutes or until glaze hardens.

BEER-GLAZED BACON IS BETTER THAN CANDY