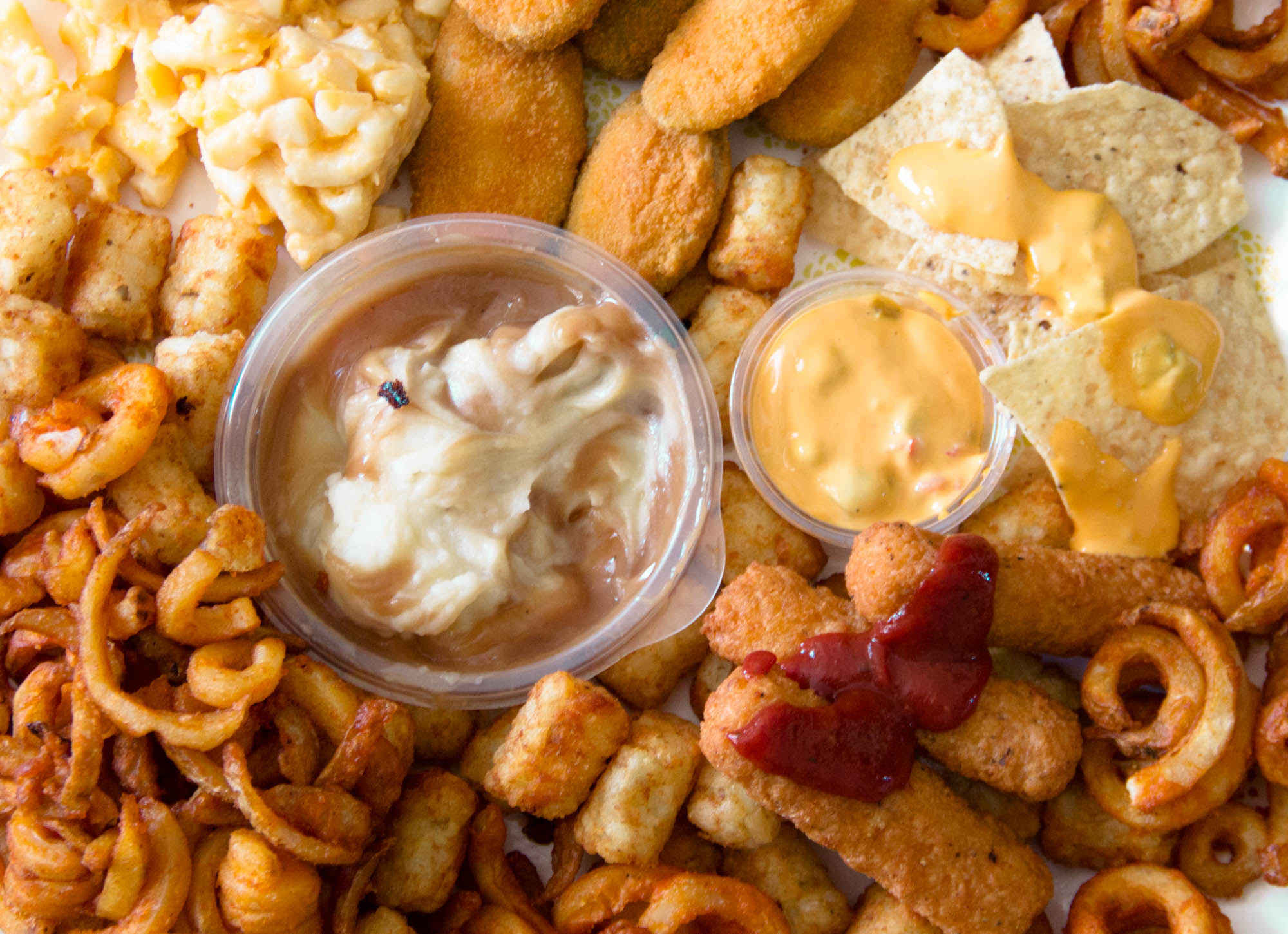 “You want fries with that?” It’s become part of the American lexicon at this point, so much so that we usually just nod and say yes, zombified by hunger and routine. And as a result, we’re being sold short on the amazing fast-food sides lurking beneath the starch. Nobody, after all, ever says “You want cheese sticks with that?” Well, no more. Here are the very best sides at most major chain restaurants. Surprisingly, you won’t find very many fries with it. 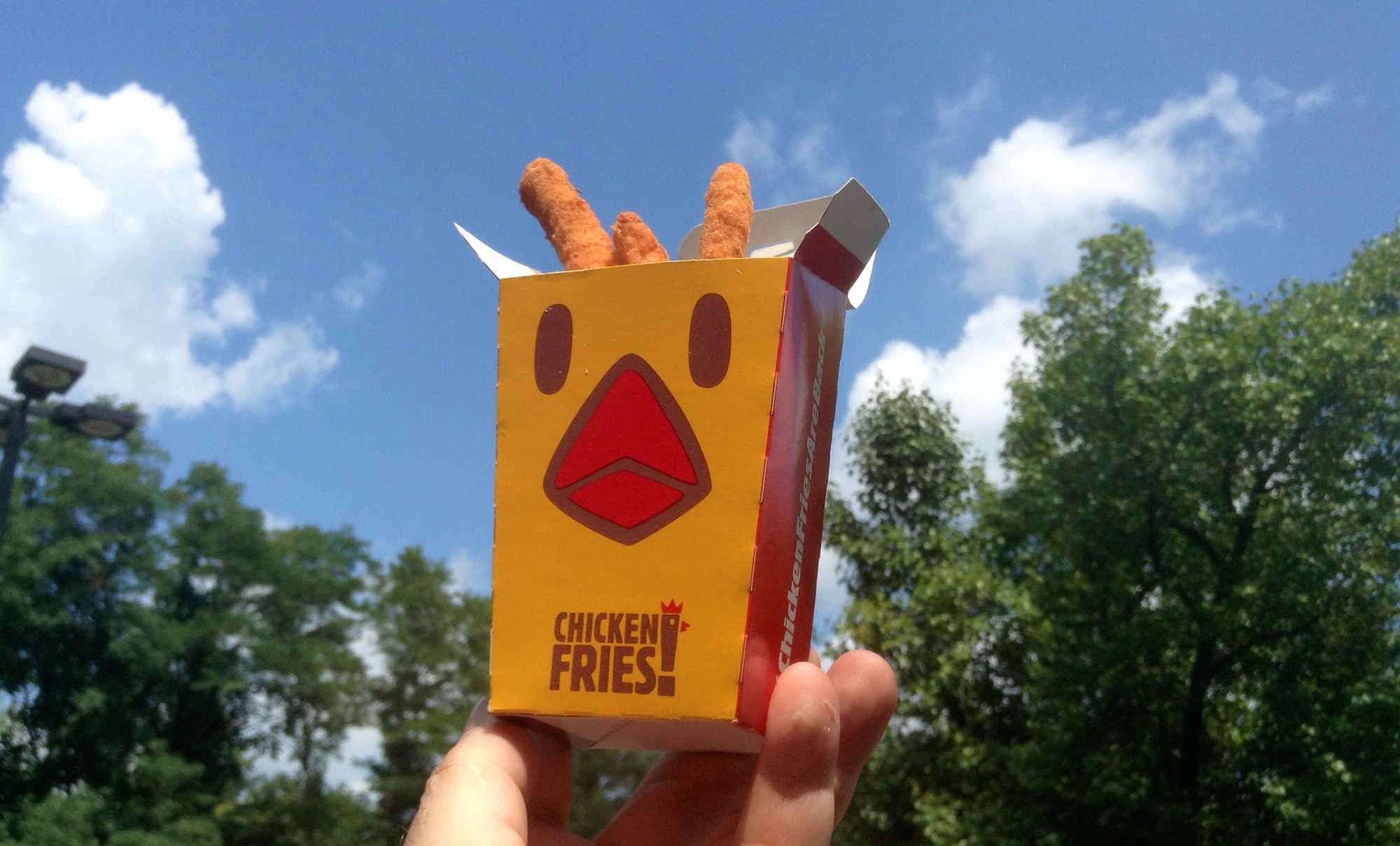 Changing a chicken nugget into a fry is a stroke of genius, and one that’s only hindered by the fact that they’re limited time only. Well, if they disappear, get chicken nuggets. “But chicken nuggets aren’t a side,” you moan, because you’re the most literal 4-year-old ever. Well, suck it, kid. They’re listed as sides. And they’s $1.50 for 10.

Well, bless their hearts. Carl’s/Hardee’s are trying to trick us into eating some semblance of a vegetable by surrounding it with cheese and breading. Well played, fast-food-chain-that-is-the-same-but-different-somehow. And thanks for all the awkward moments of hunger and arousal.

The most popular variations on onion rings are of the battered variety, which gives them a smooth texture. You can really appreciate Dairy Queen’s more panko-style approach, just because it adds a little variety to the standard. And, honestly, it’s pretty hard to screw up an onion ring in the first place.

They’re basically tater tots, except you don’t have to sound like a little kid when you ask for them. Tater tots, no matter what Dunkin’ calls them, are always a welcome addition to the party. 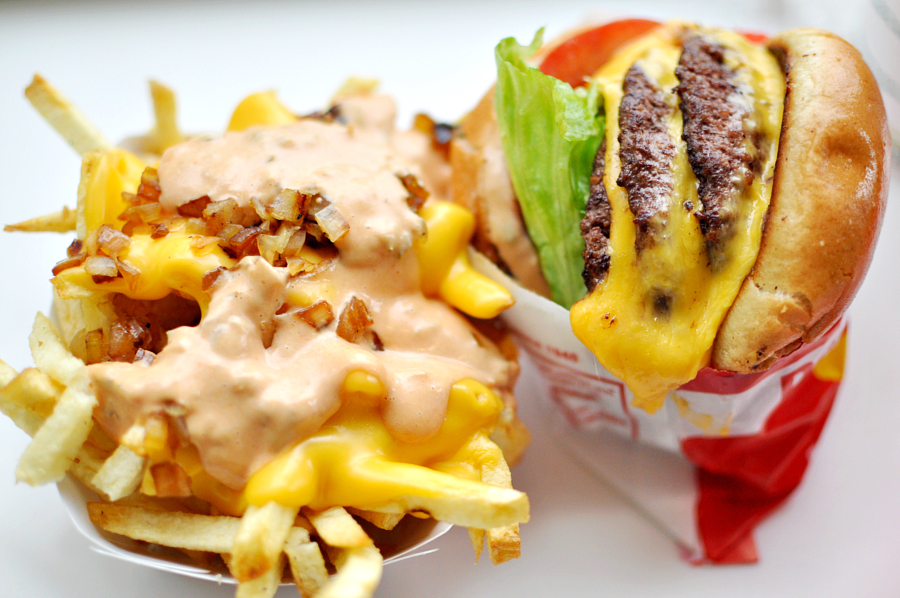 With burgers as good as In-N-Out’s, it’s kind of sad that the fries are an afterthought, and that you have to cover them with all manner of goop just to make them taste like something — and what they end up tasting like is Thousand Island dressing, grilled onions, and American cheese. Those are all good things. So, way to be a blank slate, middling fries. Unfortunately, if you’re driving with these, you now also have animal-style upholstery.

A&W gets extra points for spreading Midwestern foods like coney dogs all around the country. But cheese curds are a thing that everybody should experience. Breaded squeaky cheese in a poppable little nugget? It’s like the mozz stick’s less-foofie friend. And it’s a thing of pure American beauty.

A classic Southern side. This hits the right notes of creamy at the base and crisp on top. Just like grandma used to make. If your grandmother was a gigantic fried-chicken chain.

Everybody gets Cajun fries, which are just seasoned fries that are about as Cajun as James Carville’s third cousin-in-law. Red beans & rice, that’s pure Louisiana, and Popeyes does them surprisingly well. 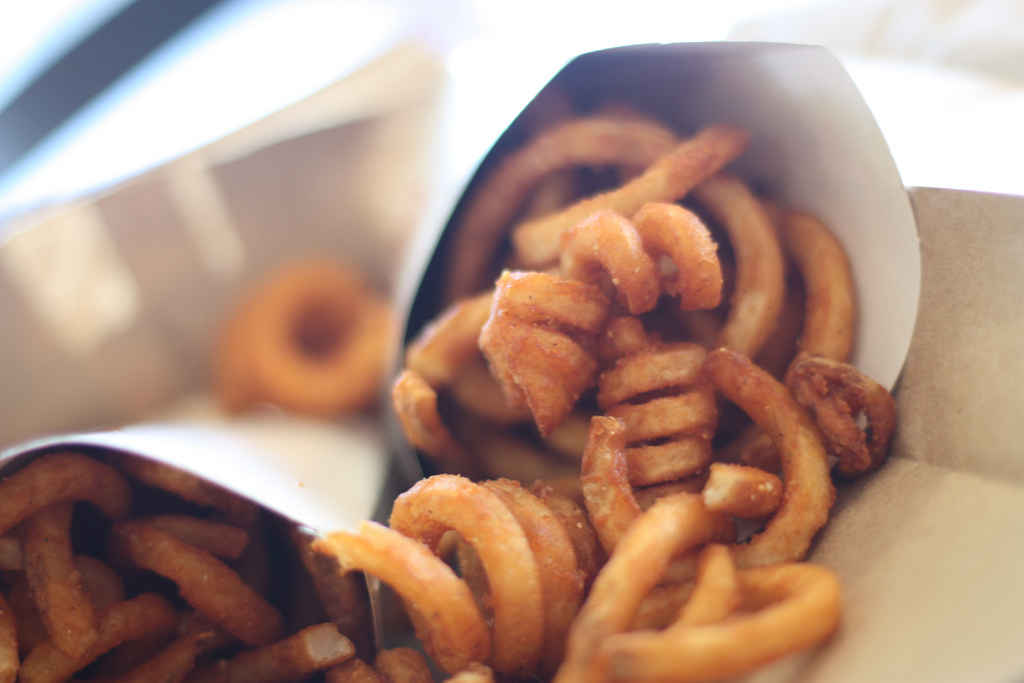 Jack in the Box: Curly fries

There’s a strong temptation at Jack to go with the tacos, because really the very fact that tacos exist as a side item to be paired with a burger is just another reason why we live in the best damn country on Earth. Unfortunately, those tacos are gross. Curly fries, on the other hand, are never gross. They’re the only logical choice here.

Getting KFC without getting mashed potatoes, among some of the more-violent sects of picnic culture, is punishable by being forced to eat a cold Famous Bowl in the Honey Bucket.

It’s seriously amazing that McDonald’s fries taste exactly the same, every single time. When you think of them, you can taste them. When you crave them, you know exactly what they’ll taste like. More importantly, though, if anyone asked you to have a Big Mac with a side salad or a tube of Go-Gurt, you would straight punch them directly in the trachea. And, well, those are pretty much the only sides aside from fries. Except apple slices, which, again, protect ya neck.

More than even the hipster hordes, Sonic deserves some credit for the re-popularization of tots, reclaiming the golden little potato nuggets from the purgatorial trays of high school lunches and bringing them to grown-ups. Hell, you don’t even need to upgrade to cheese tots to make them good. That said, you should upgrade to cheese tots. 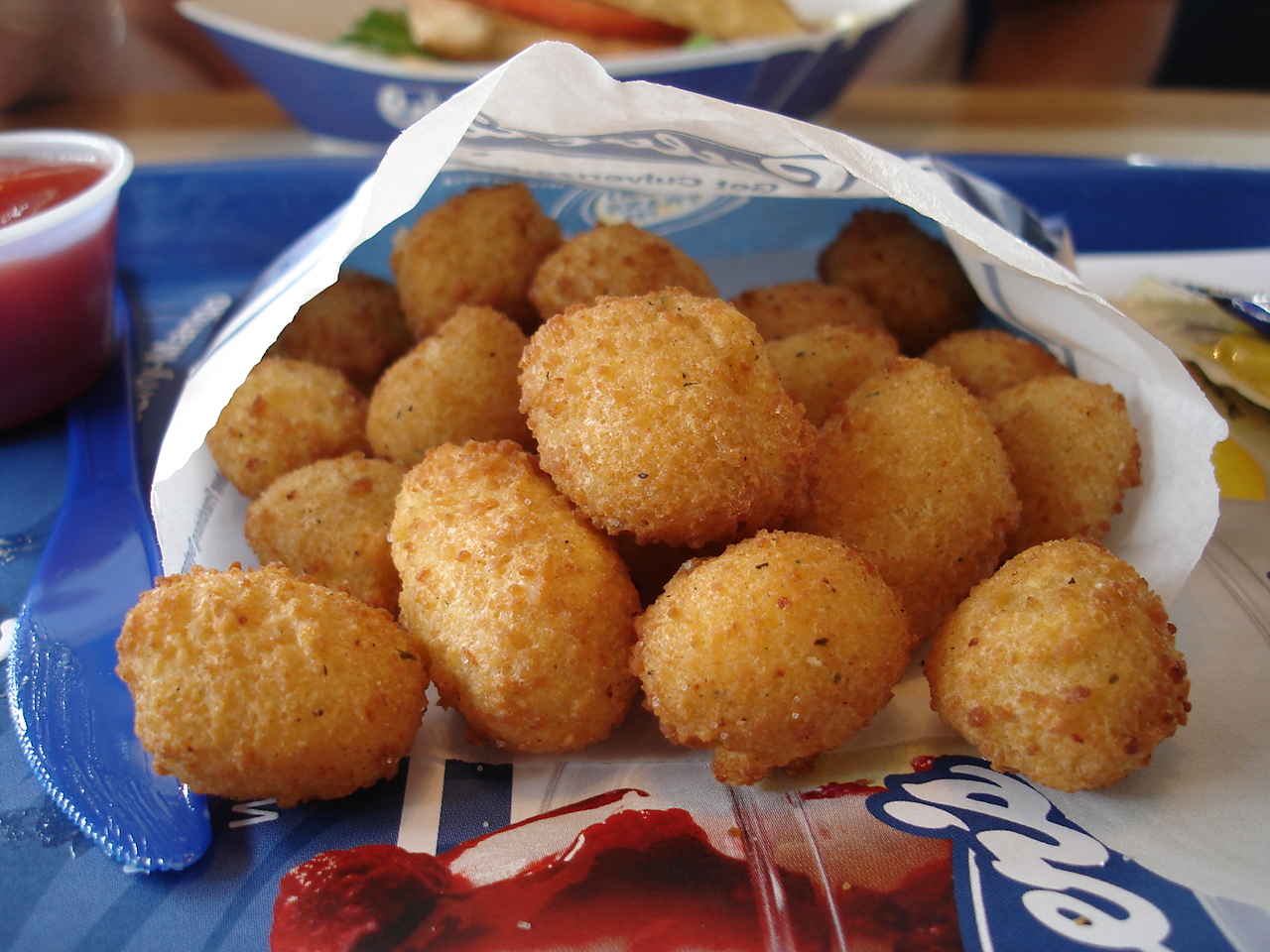 Please refer to the description of A&W up top. Now imagine that, but exponentially better, mainly because Culver’s is a fever dream of Midwestern comfort food. Bless its cheese-clogged Wisconsinite heart.

Not the multi-layered ones. Those are meals. We’re talking about the little bag that comes with a tiny cup of fake cheese. Because it’s perfect, to the point that you’ll catch yourself using your finger to scrape up every scrap of weird, forever-liquid golden goo while lurking in the Taco Bell parking lot.

You’ve got to hand it to Wendy’s for allowing people to trick themselves into thinking that a whole potato is somehow healthier than a bunch of fragments of a potato. Even better because, since you think you’re making a healthier choice, you can treat yourself to a little chili on top — chili made from the burned or disfigured hamburgers that were deemed unfit for the bun.

Sides are understandably an afterthought at Whataburger, but that’s not to say that the fries and onion rings aren’t great. Onion rings get the edge because of their versatility. Which is to say, they’re as good dipped in ketchup as they are stacked on your sandwich. 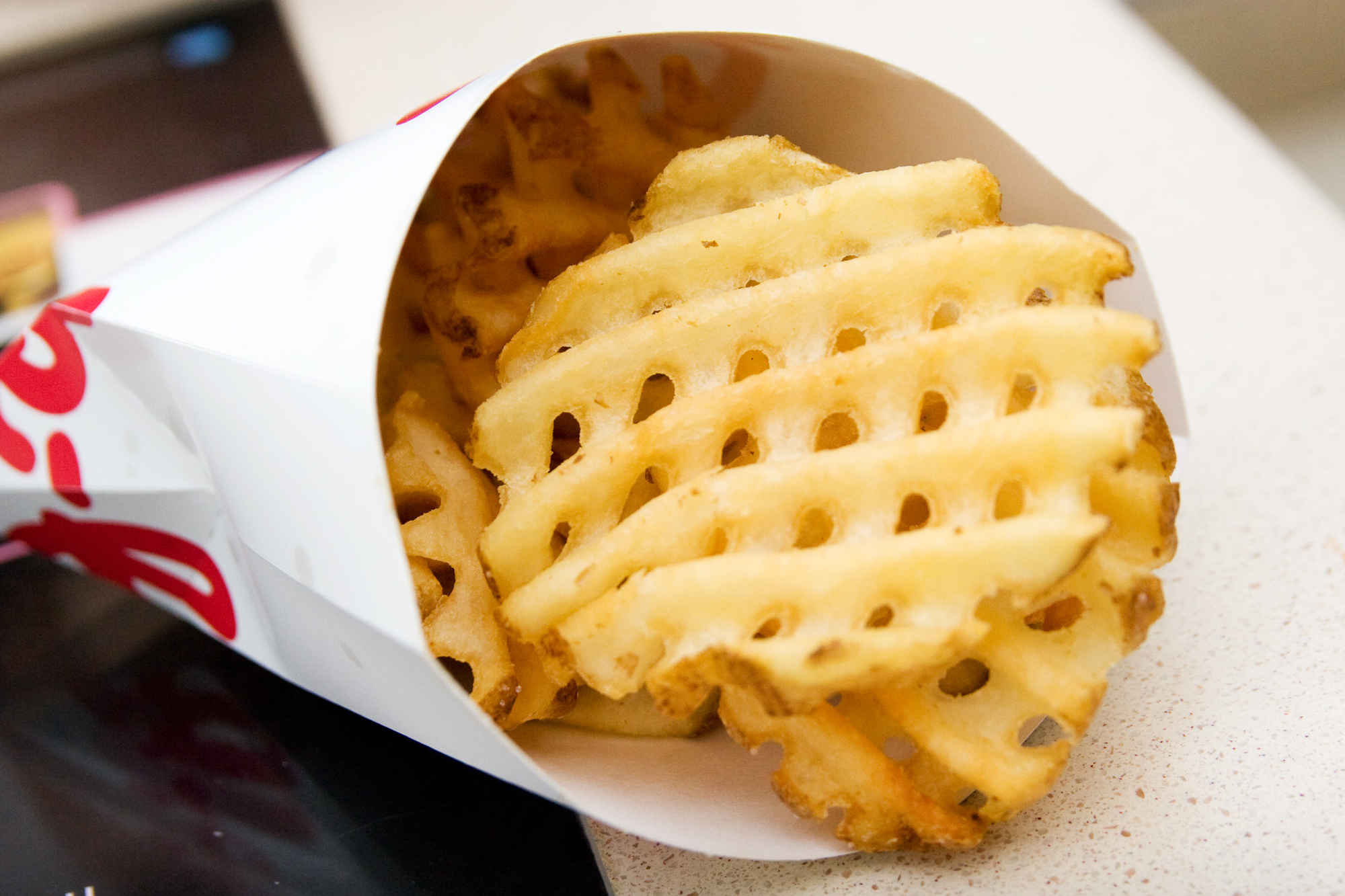 If waffle fries have taught us anything, it’s that everything tastes better in waffle form. Everything.

You thought we were going to say curly fries, didn’t you? Well, if it was a few years ago, you’d be right. Except Arby’s has the best damned mozz sticks in the fast-food game. We’d put them up against any dive bar’s take, because they’re probably from the same generic frozen-food emporium. And they’re perfect. Even better, you usually get a couple curly fries in the box by mistake. It’s a win win.

Whoever got high and thought “Hey, you know, onion rings are good and all, but shouldn’t they be made of chicken instead?” was robbed of the Nobel. But here they are. Chicken nuggets. Shaped like onion rings. And served as sides alongside cases of White Castle burgers. And with that, the universe was balanced.