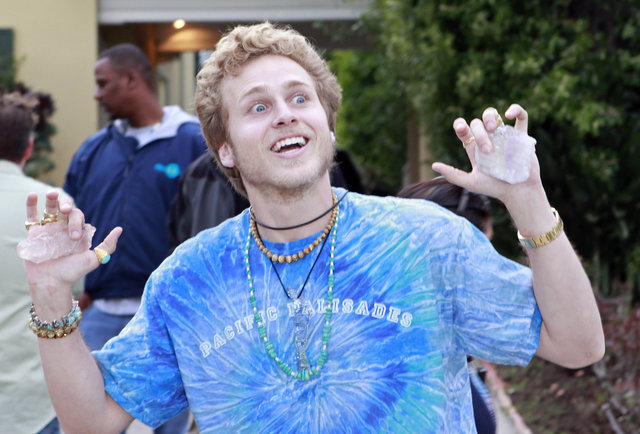 Douchebag is a fantastic insult. Mean, but not TOO mean, and generally directed at just the type of people who thoroughly deserve to be insulted and will likely irrationally overreact upon hearing it. So it’s clear that a question must be answered: who is the biggest douchebag from every state?

Some important ground rules. In this case, “from” means the state in which you were born, even if it’s not the state where you currently reside or with which you happen to be most associated. For that is an indisputable way to determine where someone is from, and also their point of douche origin. Also, you’ll notice there are mostly white dudes on this list. You do not HAVE to be a white guy to be a douchebag, but the entitlement and self-importance that often comes along with the gig definitely helps.

These aren’t necessarily the worst people from each state — you could be a murderer but still not necessarily embody the delicate cocktail of overconfidence, obliviousness, and general terribleness that is the essence of douche. Figuring it out is equal parts art and science with a few dashes of pointed Googling.

With that out of the way… unleash the douches!

Born in Anchorage, who knew?! Also, who knew after emerging as the hero of Boston’s improbable World Series run (this was before the Boston backlash really kicked in), Schilling would spend his time trying to disprove evolution, running arguably the least successful gaming empire of all time, and continuing Joe Morgan’s legacy of ruining ESPN baseball broadcasts.
Runner up: Levi Johnston 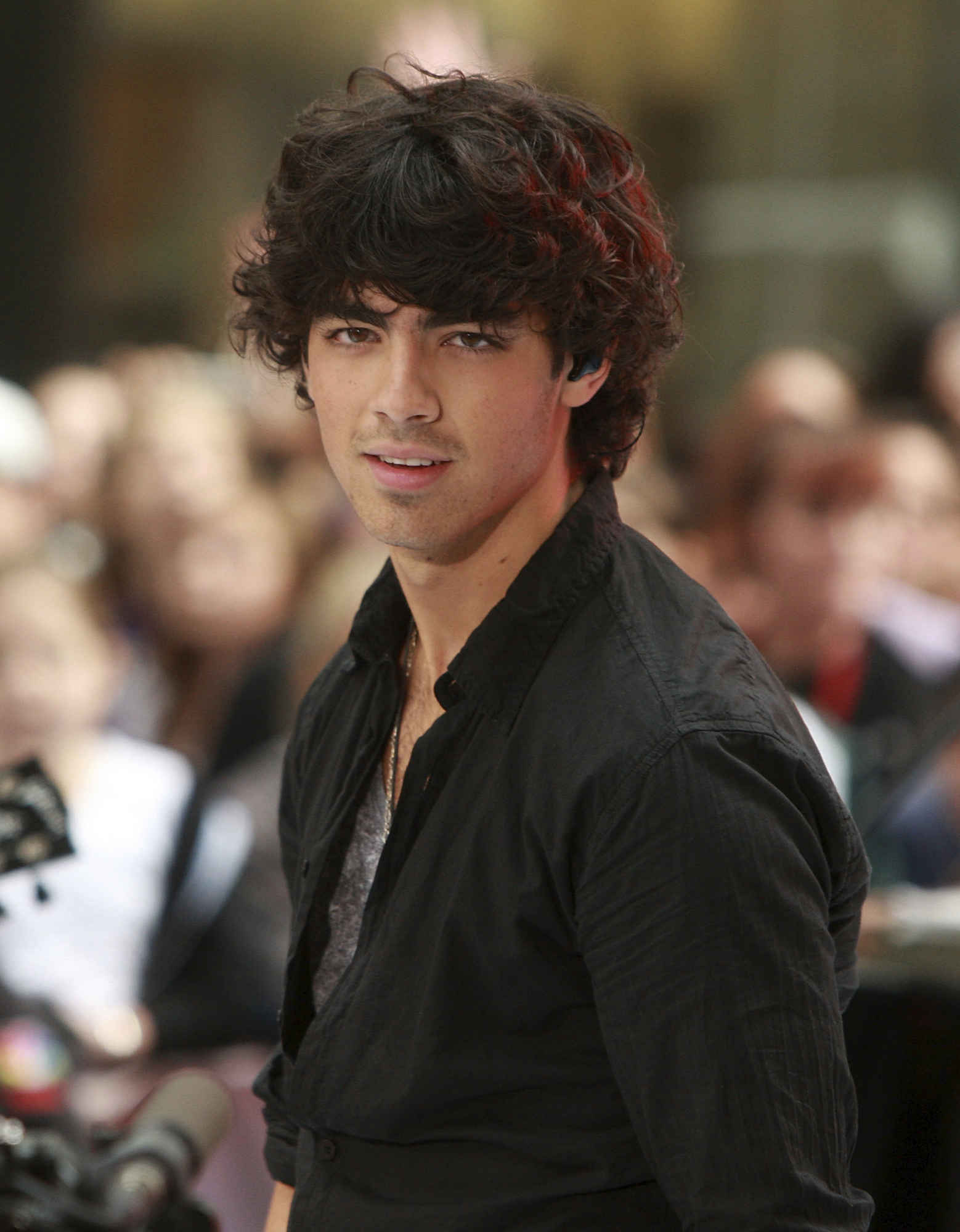 Wait, which one is he? Spoiler alert: it doesn’t matter!
Runner up: Shawn Michaels

Let’s pretend we lived in a world where The Hills never happened. Nice right? Now let’s say you’re reading a short story and you come across a character named Spencer Pratt. You still somehow IMMEDIATELY know that guy’s supposed to be a douche, right? Some people are just born for the kind of douche greatness where you can even beat out Adam Levine.
Runner up: Adam Levine, clearly 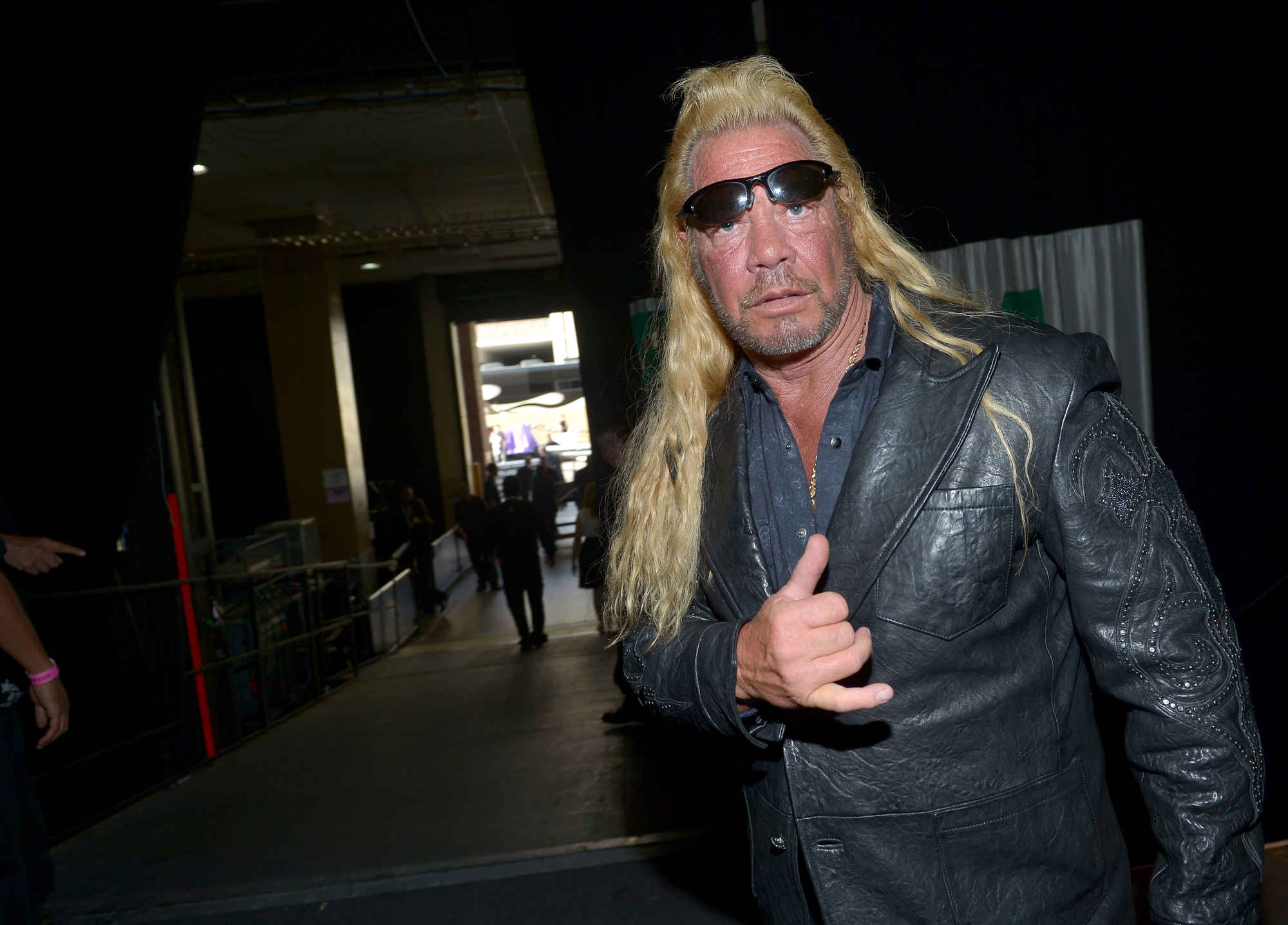 When you’re the target of both John Oliver and South Park’s satirical scorn and you look like… that, it’s just a really difficult douche resume to compete with.
Runner up: Tim Allen

He’s 40 yet he still manages to look like someone who should be selling Adderall at a prep school somewhere.
Runner up: Andrew Shue

Hate to kick someone while he’s down, but he seems like he’s about due for some kind of reality show redemption attempt, right? (Checks). Yep!
Runner up: Pitbull 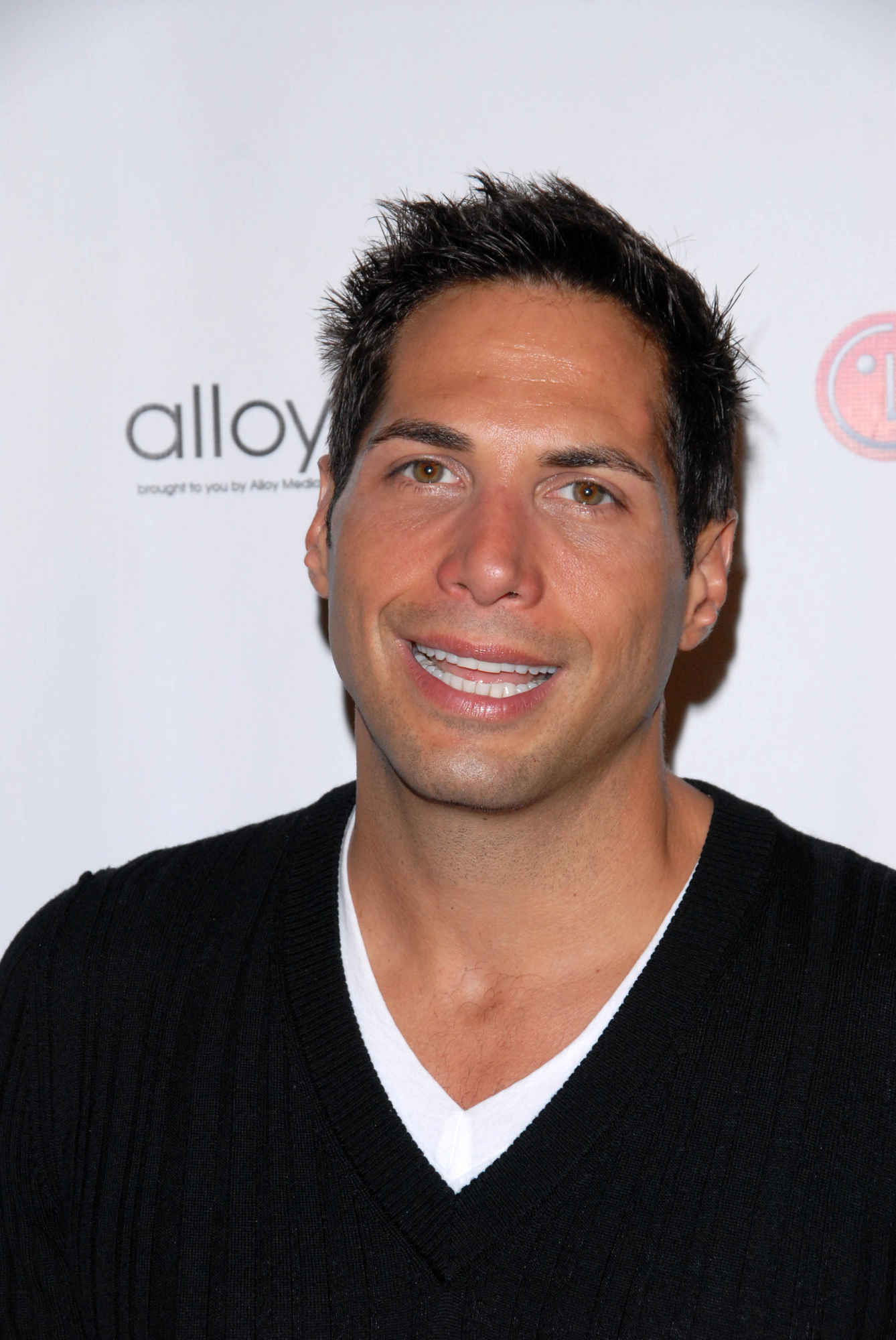 Founder of Girls Gone Wild and guy who thinks his life merits THREE lengthy bio sections on his personal website, one of which starts like this: “If life is a ride, which it surely is, then mine has got to be the balls-out wildest roller coaster in the park.” Well said, Joe. Well said.
Runner up: Kanye West

What, you’ve never been allegedly catfished into a serious relationship with an imaginary girl who you never bothered to actually meet even though she was diagnosed with fake cancer? It could happen to anyone!
Runner up: Bruno Mars

She wasn’t always on the front lines in Alaska protecting us from Russia.
Runner up: Ezra Pound 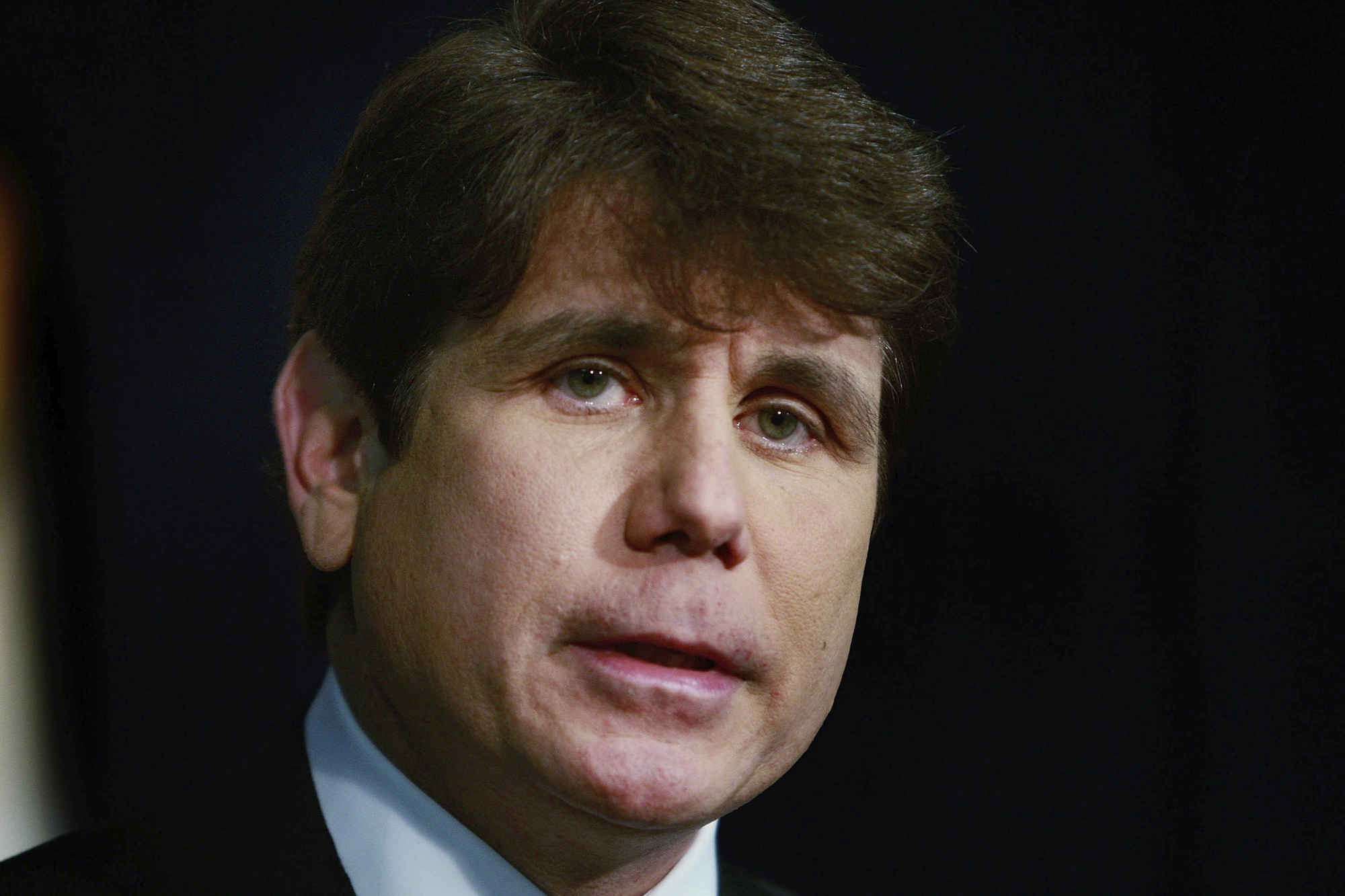 The hair! The total disregard for any sense of civic duty! But mostly, the hair!
Runner up: R. Kelly

If you’re not going to be a likable or effective quarterback, the least you could do is convince your pseudoscience-loving, ex-reality star wife to vaccinate your children.
Runner up: Brendan Fraser

“No, I’m totally going to be convincing as Steve Jobs. I swear. I’m not out of my depth at all here.”
Runner up: Herbert Hoover

Seemed to enjoy his “idiot Jesus” days a little TOO much. Probably the kind of guy who skips out on the tab at group dinners.
Runner up: Kirstie Alley 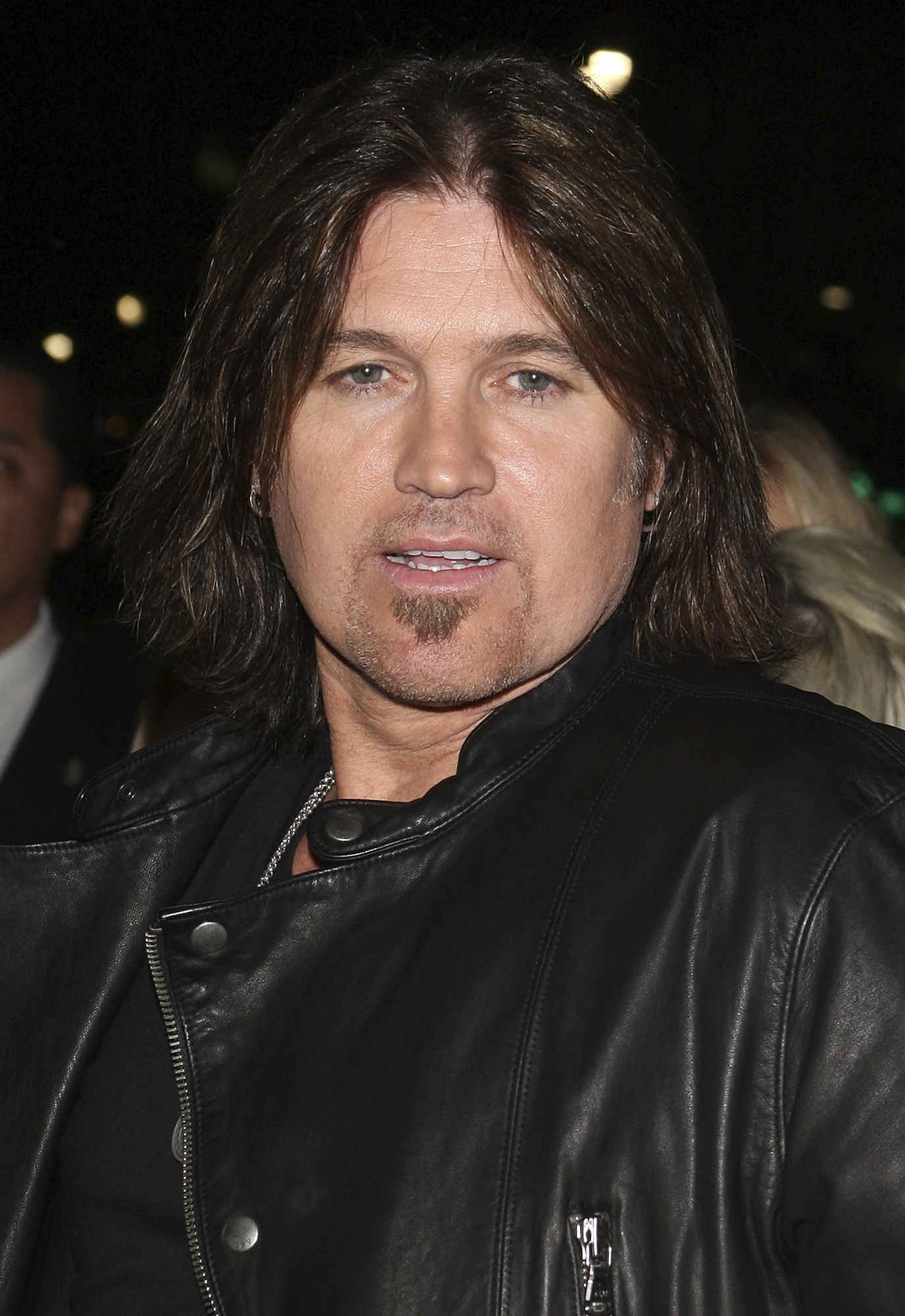 Submitted for evidence: the intro he sang on Baywatch Nights, which is a real thing that happened.
Runner up: Michael Phelps 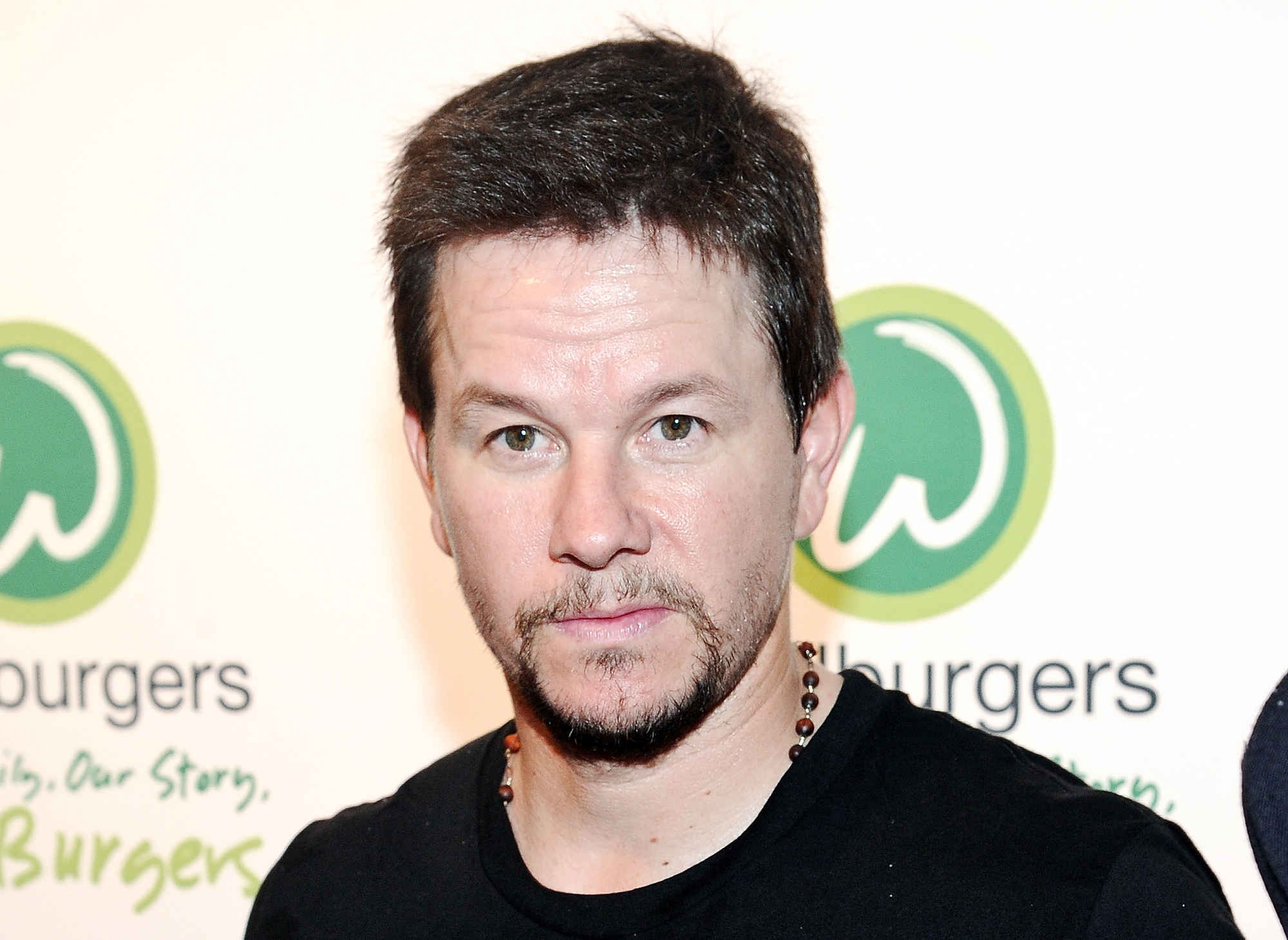 “You see, I’m famous now, so my bygone days of beating up minorities should no longer count. I have a reality show-driven burger chain to run!”
Runner up: Matthew Perry

Won’t say it to his face though.
Runner up: Henry Ford

“You know what’s really going to take this movie to the next level? Steve Zahn!” said multiple people, somehow.
Runner up: Josh Hartnett 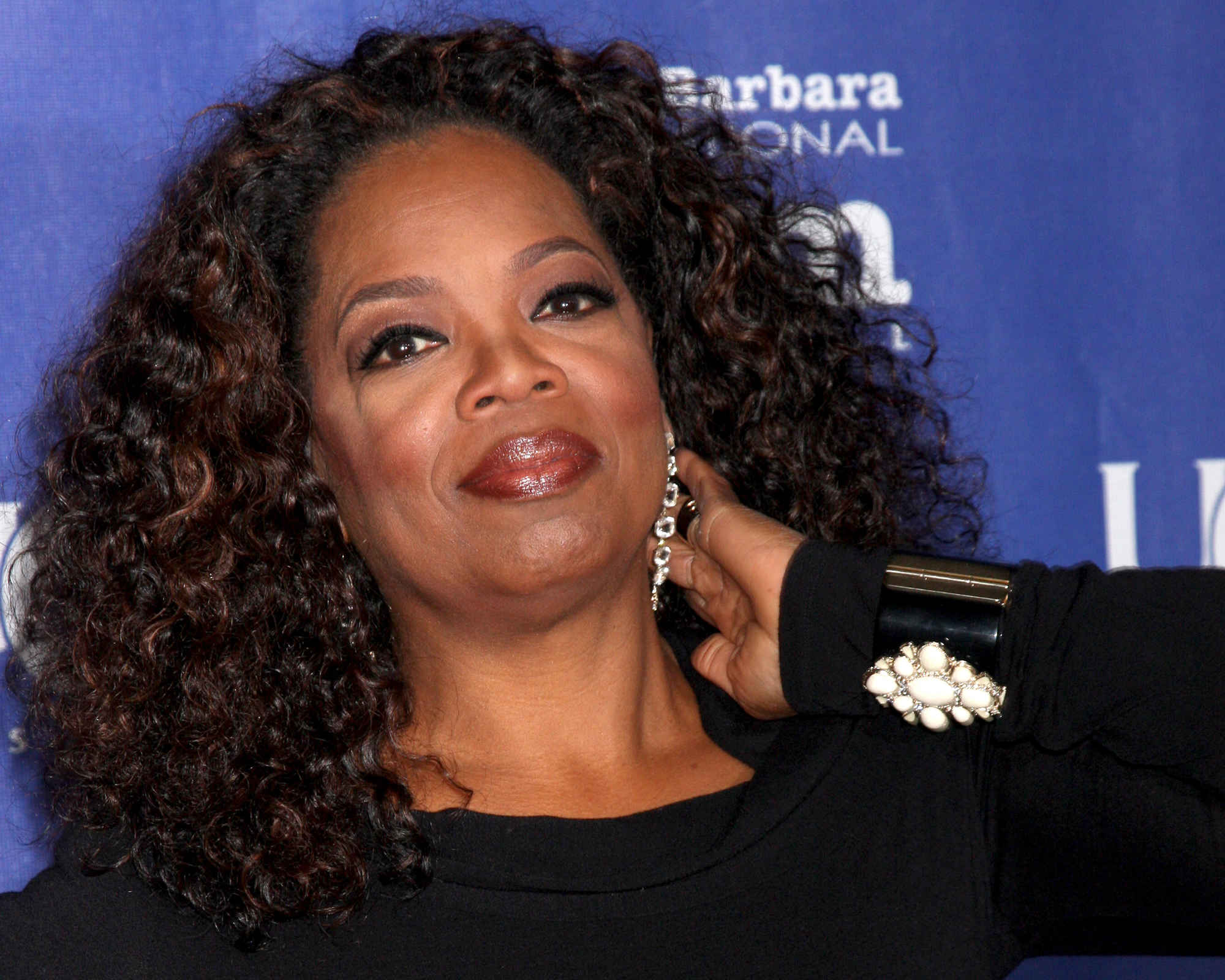 Damn right Oprah Winfrey! Doesn’t matter how many cars you give away, when you put yourself on the cover of every single one of your magazines AND launch the careers of two other douches who made this list (suspense!), you’re a douche.
Runner up: Brett Favre

There was actually a time when people thought “How is Jon Stewart ever going to live up to Craig Kilborn?” Really. It happened.
Runner up: Michael McDonald

Always kind of had douchebag tendencies even when things were going great, but when you’re being paid unfathomable sums of money to somehow make the Knicks even worse, it becomes more pronounced.
Runner up: Adam Morrison 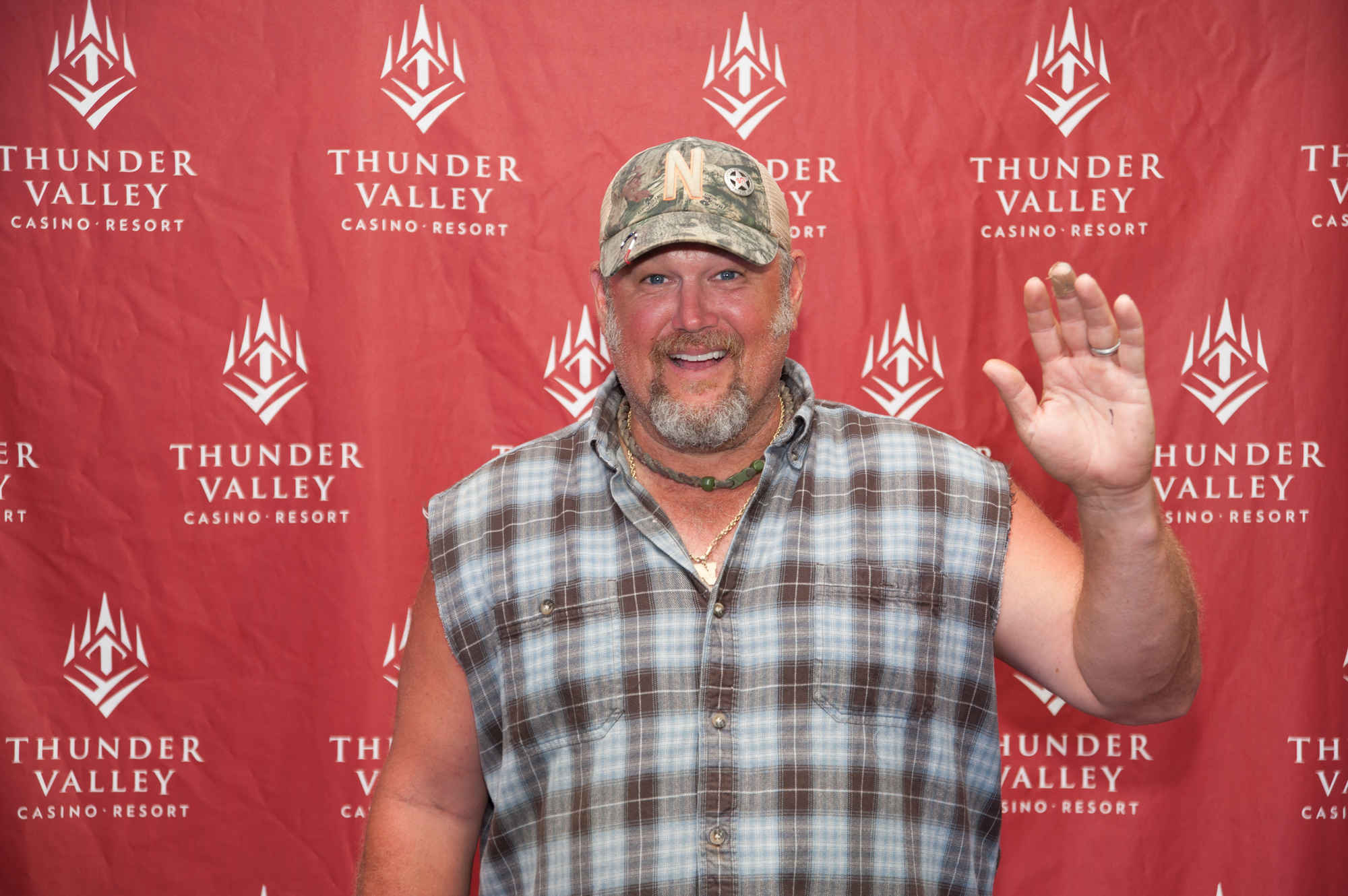 Someone even made it official in Urban Dictionary!
Runner up: Andre Agassi

Inspired a generation of bros who read, like, one book a year on an airplane to fancy themselves scholars of religion.
Runner up: Triple H 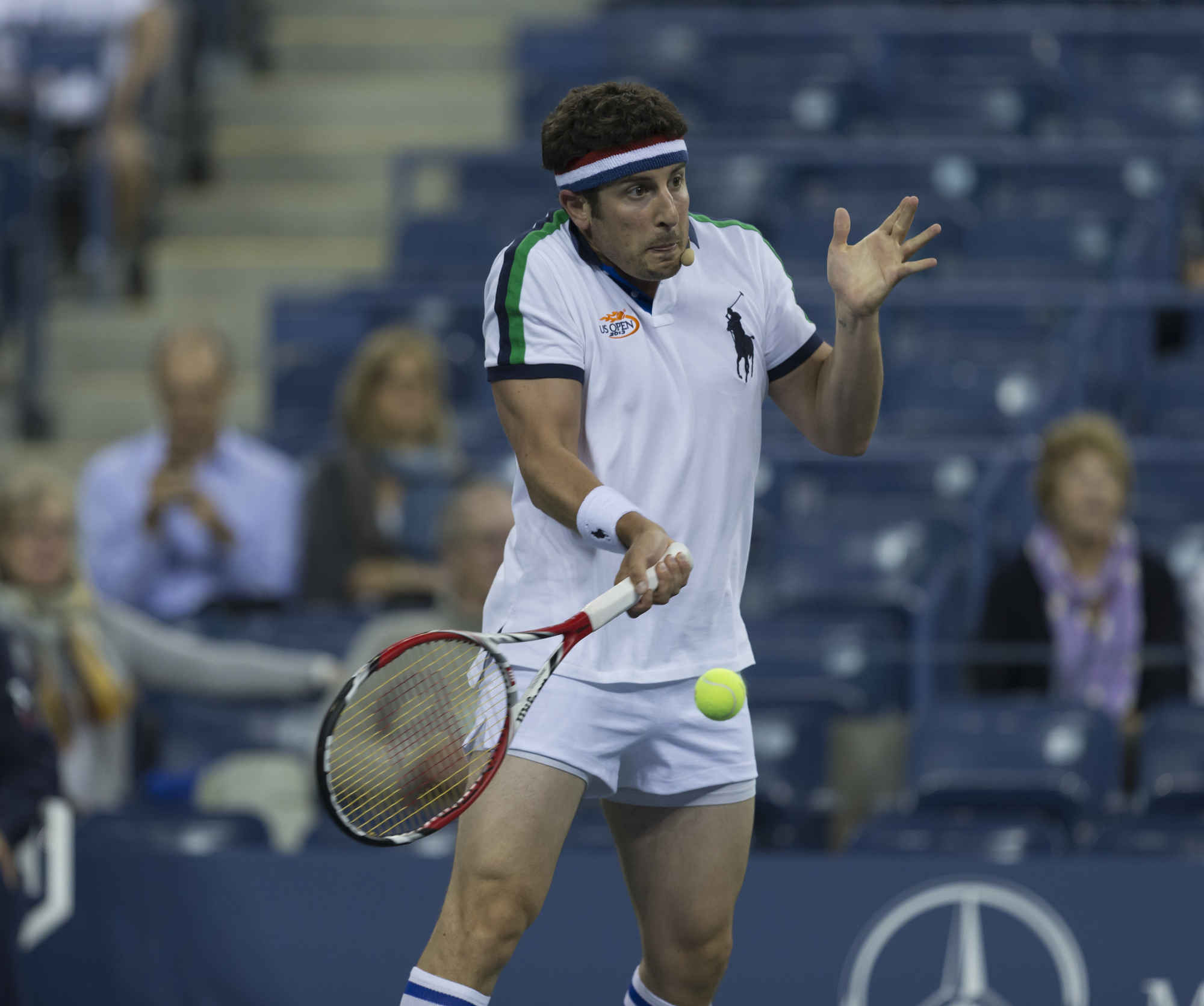 It’s comforting when your terribleness at social media dovetails so nicely with the terribleness of your screen presence (cue Orange Is the New Black fans pleased with his absence from season three nodding). Launched his career via mashing his genitalia with baked goods and simulating premature ejaculation.
Runner up: John Travolta 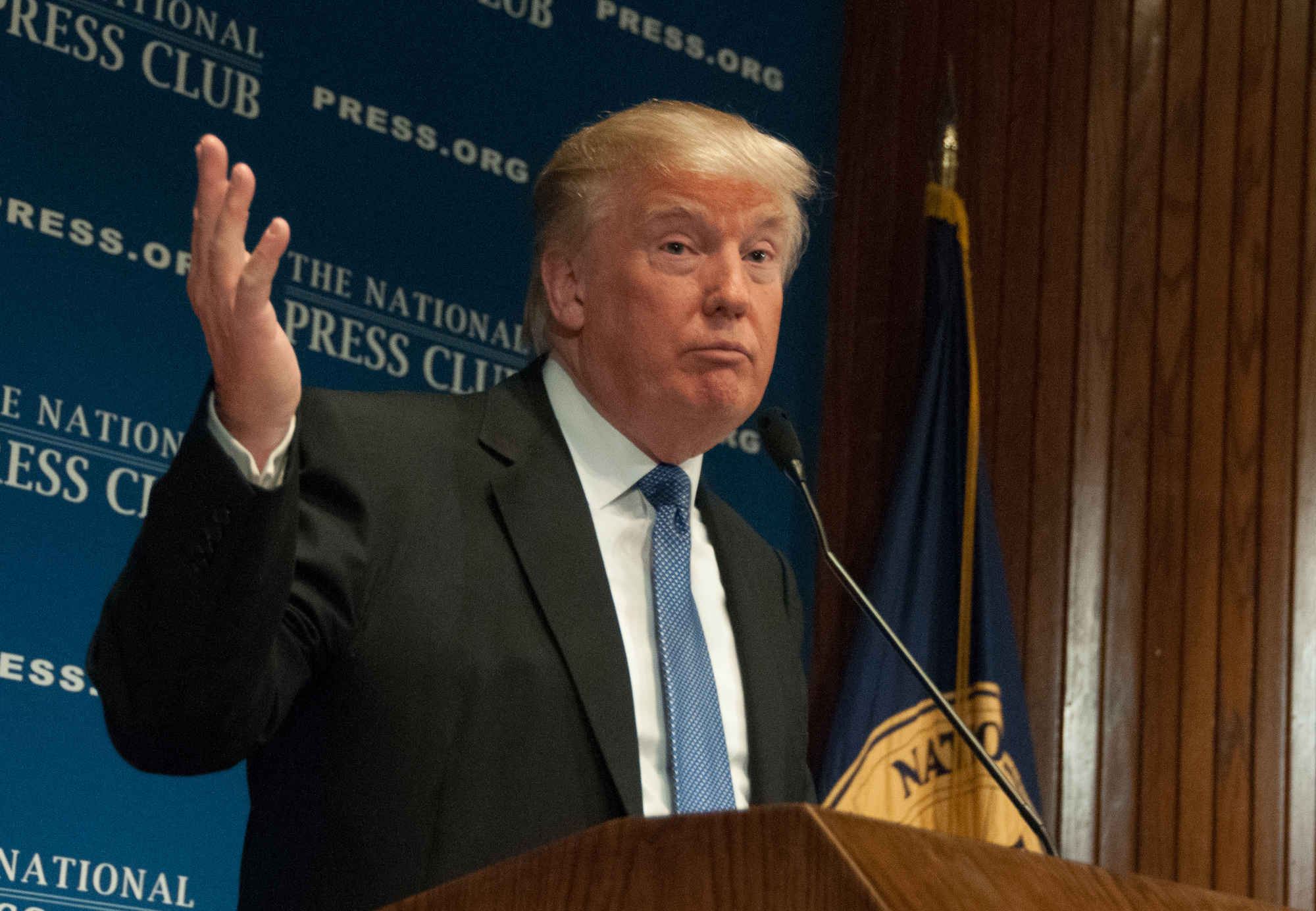 Needs no douchesplanation. Would be a STRONG contender for the top spot if these were being ranked. Constantly raising his douche game when you think he can’t possibly top himself. One of the few famous people sensitive enough that he might actually respond to this.
Runner up: Tom Cruise

There’s quite a bit of douchebaggery going on in the WWE, but one man presides over it all.
Runner up: Gallagher

He actually seems kinda cool despite having an incredibly handsome, somewhat punchable face, but honestly, the douche-pickings are just as scarce in North Dakota as everything else.
Runner up: Um, Darin Erstad? Sure! 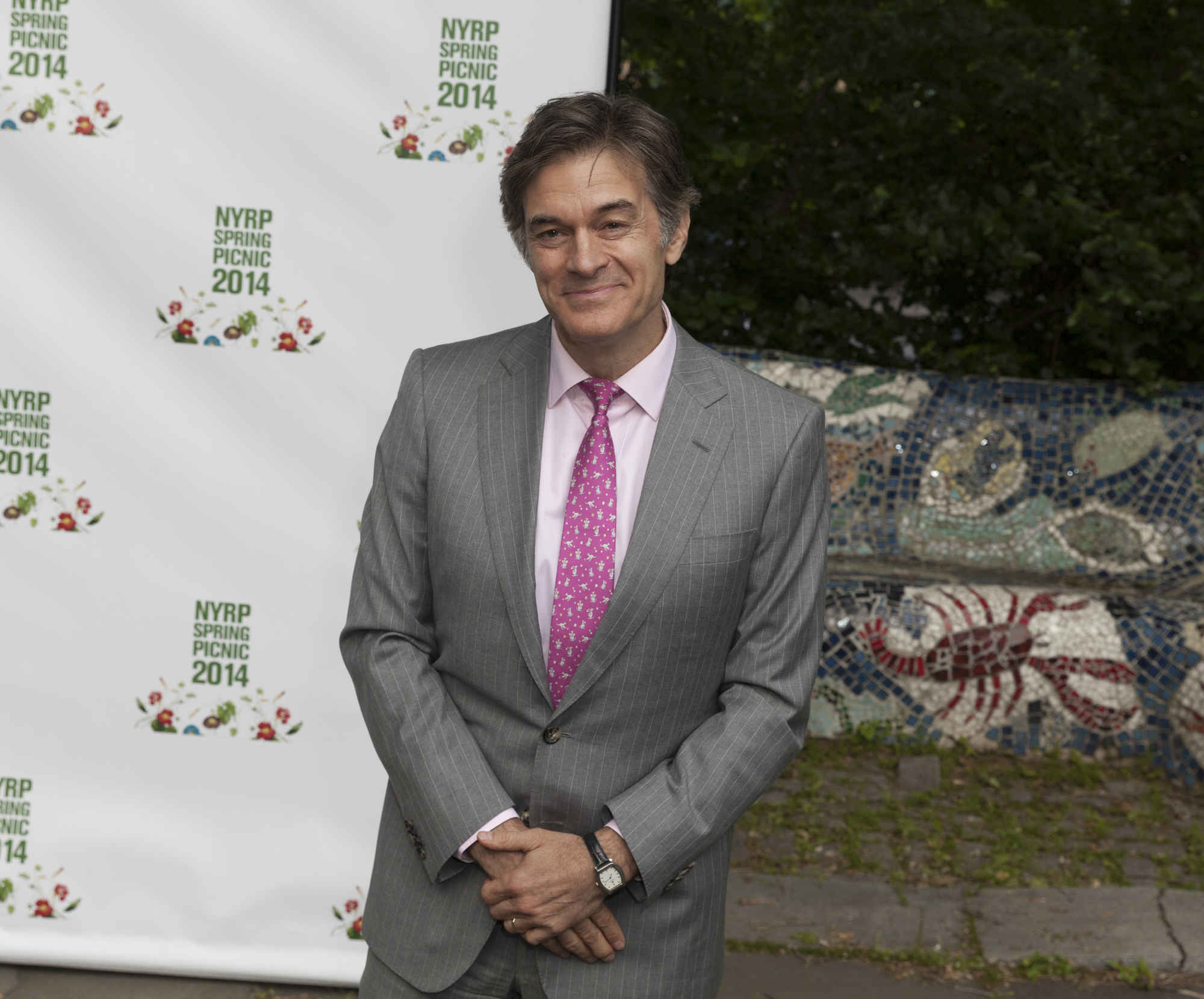 Oprah-backed peddler of occasionally suspect psychological advice. Kind of a doctor. Winner of a douche death match with Skip Bayless.
Runner up: Skip Bayless, of course

When you’re known in UFC circles as kind of a douchebag, you’re bringing it.
Runner up: Tonya Harding

Every time Bill Cosby hears the phrase “The proof is in the pudding,” he throws out all the pudding in his house.
Runner up: Kobe Bryant

Not ringing a bell? You may know him as the guy who helped convince high school kids that ska was a thing again in the ‘90s while singing like he was gargling bleach. Whereabouts unknown.
Runner up: Richard Hatch

He always seems just a little too pleased with himself when he’s slicing into a rib roast or zesting a lemon or whatever the hell else he’s doing.
Runner up: Strom Thurmond

Luckily he’s too busy growing a third forehead to read this.
Runner up: Pat O’Brien 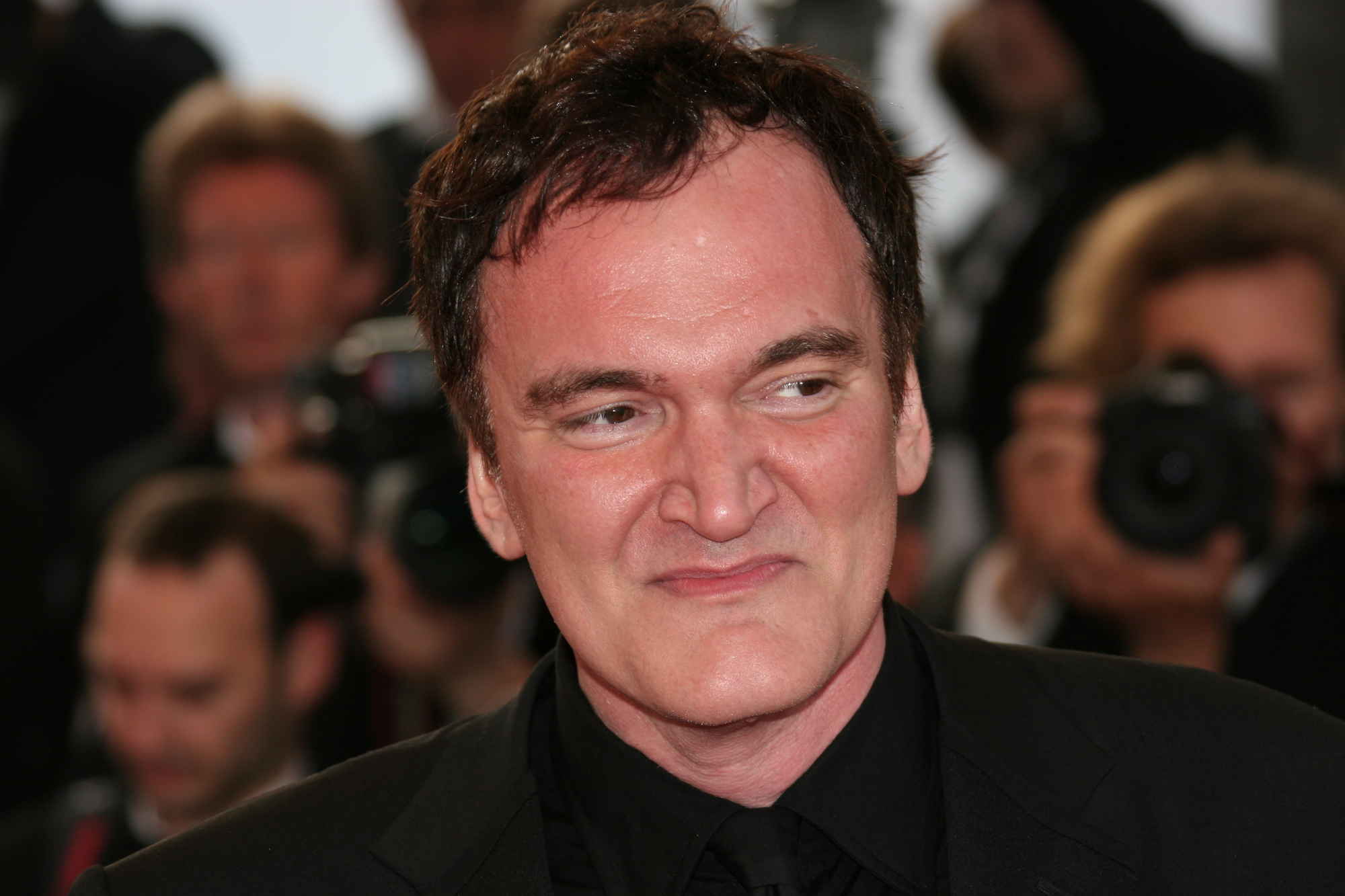 The once mighty champion and plastic bracelet peddler now reduced to having his lady friends lie for him about traffic accidents.
Runner up: Chris Bosh

How were there not more child stars on this list?
Runner up: Marie Osmond

If you’re primarily remembered for arguing with Lincoln about slavery, that’s not the best of legacies.
Runner up: Ted Bundy

If this were to get converted into a bracket, Chris Brown is a no-doubt one seed.
Runner up: Jason Mraz

Massively popular in China! In America? Still a douche.
Runner up: Macklemore 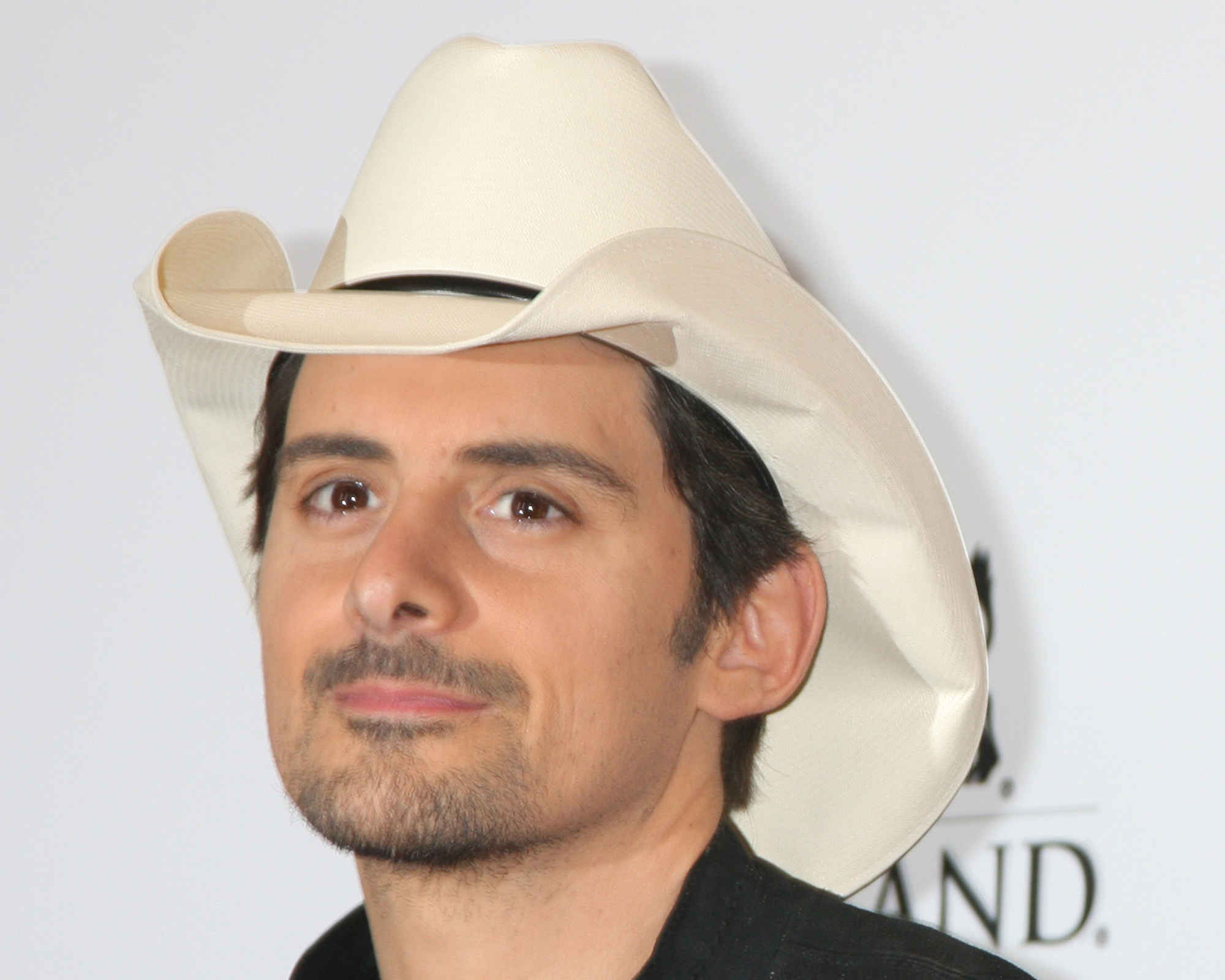 For a while there everyone thought “Accidental Racist,” his touching collab with LL Cool J, would be just the salve to heal a wounded nation. Oh wait. No one thought that. Ever. Except Brad Paisley.
Runner up: Nick Saban

Just think, if OJ hadn’t (probably!) killed his wife, Kato wouldn’t have become famous enough to grace national lists of douches many years later. Also “Kaelin appeared on the first episode of the Fox sketch comedy MADtv” is one of the most ‘90s sentences ever written. Thanks Wikipedia!
Runner up: Jon Gosselin

Spare everyone the fancy art speak, you were just throwing shit against the wall. Or on the floor, as the case may have been. Also, RIP.
Runner up: Chris Cooley