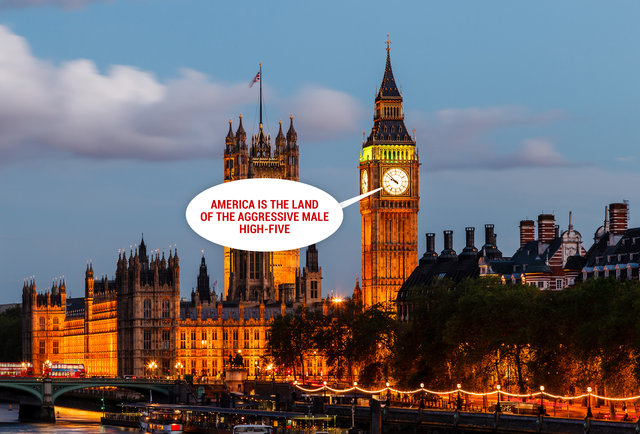 Great Britain is “great” for a number of reasons: James Bond; the Beatles; the posh accent that can make even the word “sloshed” sound classy.

And while it’s easy to generalize the UK as a nation of invariably charming, tea-sipping, Queen-loving people who live in thatched cottages near pubs with silly names, those stiff-upper-lipped Brits — however much they love the US — have no trouble flinging stereotypes back across the Atlantic. At least, that’s what I learned after asking my friends back in the UK for their brutally honest opinions of Americans and the United States, British reserve be damned.

Here’s what they said. 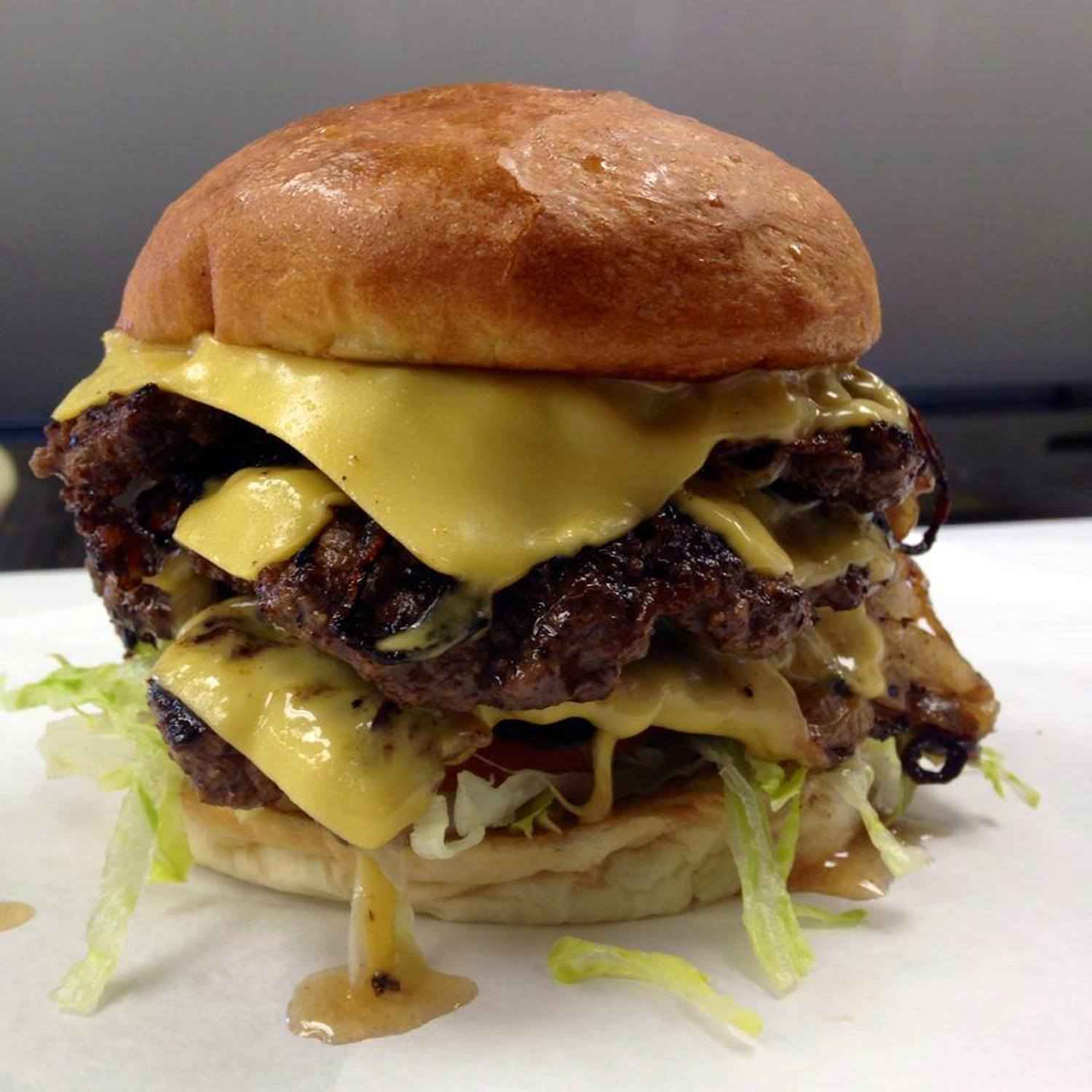 “American food means taking everything you learned about moderation and healthiness growing up, and completely ignoring it.”

“Muddy Bears and Pop Tarts… what are they all about!?” [Note: Excellent question. We’ve never even heard of Muddy Bears, although Google says they’re gummy bears in chocolate. Which, actually, sounds delicious.]

“Nobody needs a pint of coke that they’re having with a meal to be refilled and then refilled again. Not everything needs butter and cheese and bacon.”

“I love the idea that it is not considered horrendously rude to ask for a doggy bag, so you can have two meals for the price of one!”

“Not everything must contain corn syrup. Even the paracetamol contains corn syrup!”

“Unhealthy food, enormous portions. Also some strange combinations for breakfast such as biscuits and gravy — what’s that about?! BUT on the other hand, there’s the gorgeous combo of peanut butter and ‘jelly’ which I have as a treat now and then.”

“I heard this saying ‘bang bang’. Apparently that’s when you eat two monster truck sized meals right after each other, two lunches or two dinners, whatever… What’s wrong with these people?” 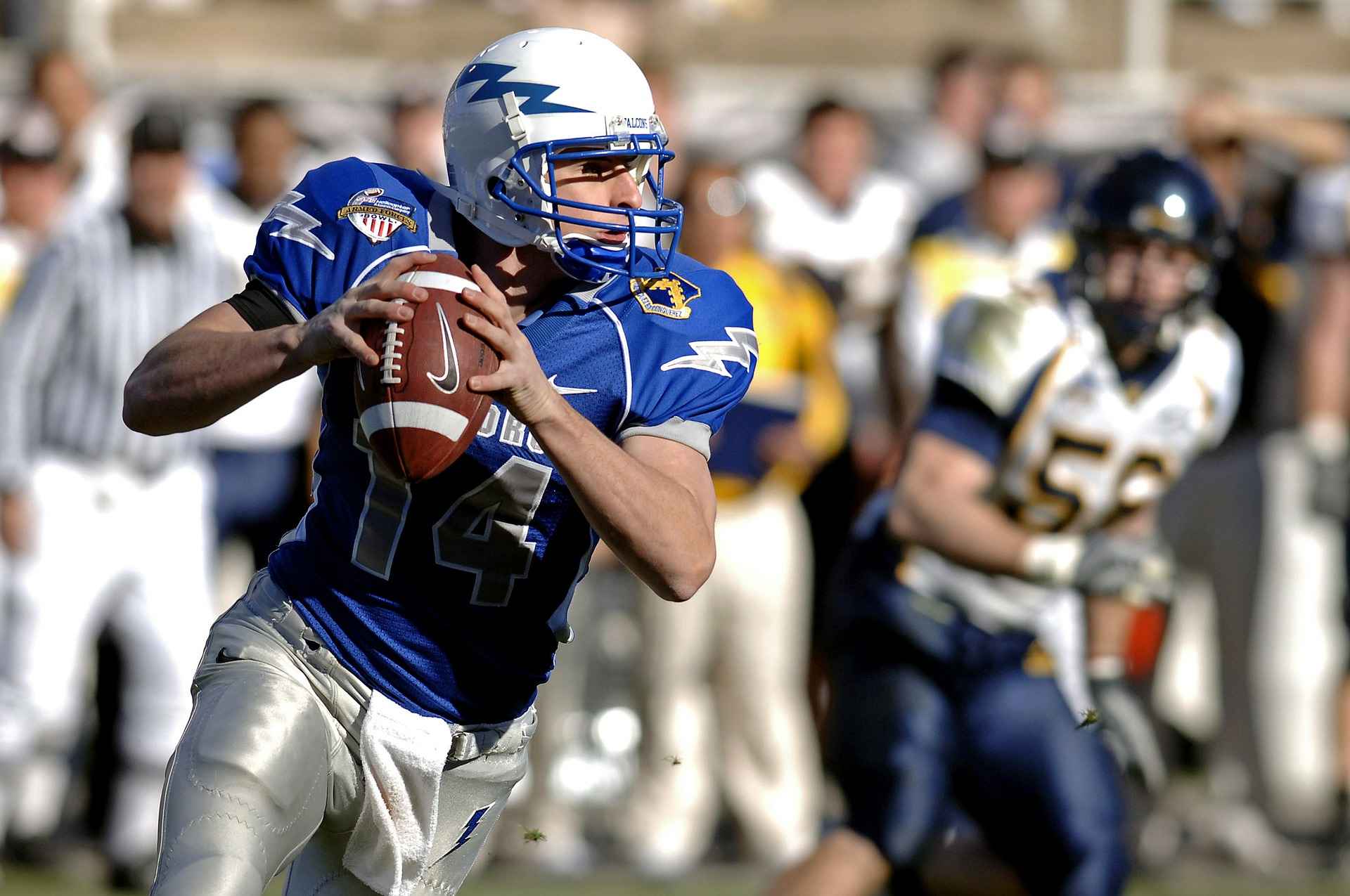 “I’m quite confused about American sports. I mean, is baseball basically rounders?”

“Baseball is a bunch of fat men slamming their fists into leather gloves and spitting tobacco every few seconds.”

“My gut instinct about baseball is that it is cricket for idiots or gloried rounders — that being said, it looks really hard to hit the ball that far and I love the outfits.”

“American sports do away entirely with the idea of a draw. Or a ‘tie’. There MUST be a winner, at all costs.”

“Having watched ‘Friday Night Lights’ I now have time for American Football, and think it slightly less stupid, but only because it obviously helps underprivileged kids get into university!”

“I spit on the word soccer.” 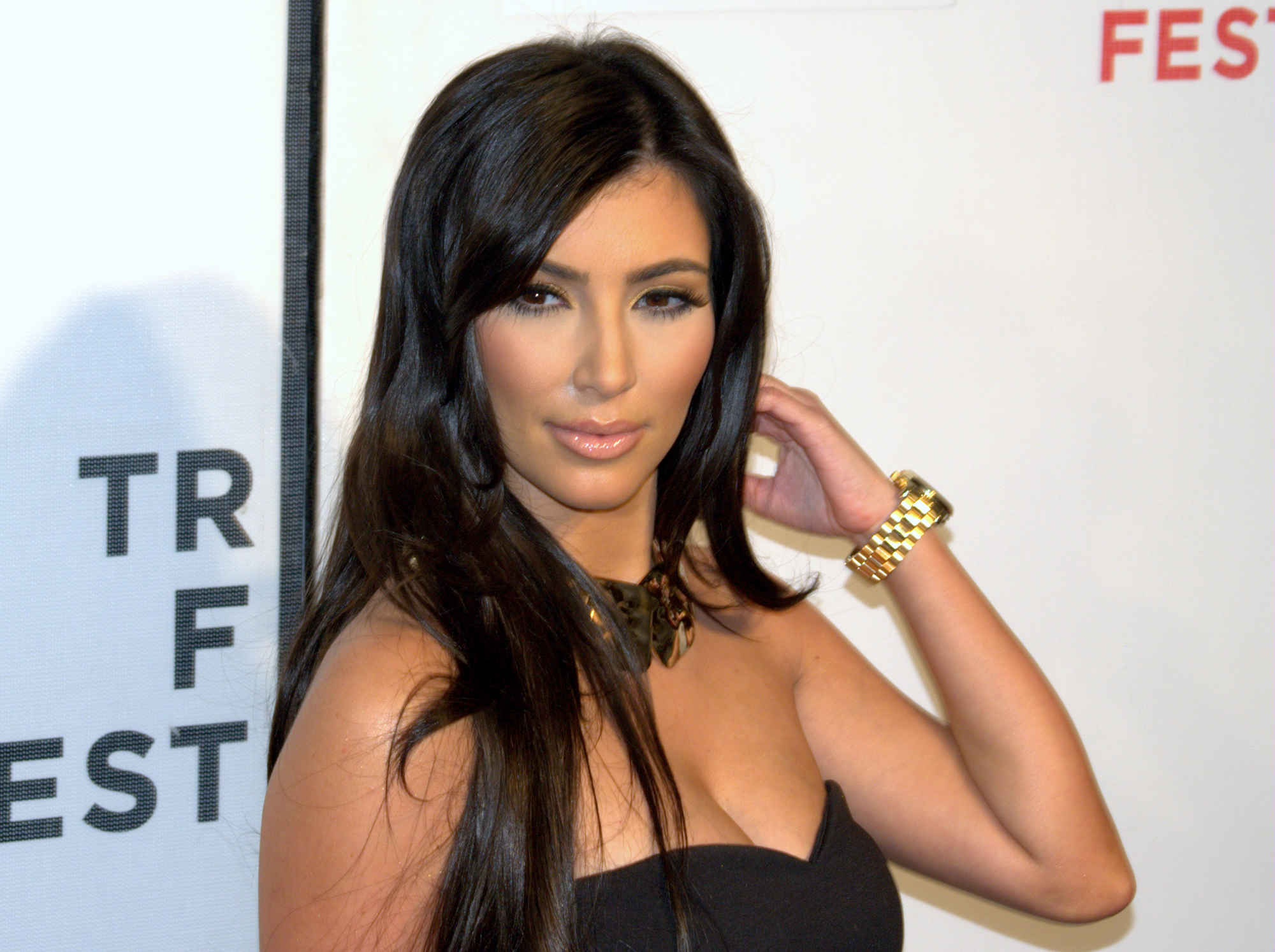 “The USA has a constant obsession over women with big boobs (Beyoncé) or a big butt (Kim Kardashian-West) or both (Nicki Minaj). Whereas, our papers attempt to be elegant… with Kate Moss, Kate Middleton, and Cara Delevingne.”

“I couldn’t care less about the Kardashians and I think that both North West and Blue Ivy are stupid names. We have ‘Made in Chelsea‘ though, so we can’t be snobs.”

“It’s been scientifically proven that 15 minutes of watching E news is enough to reduce your IQ by half and have you trying to gouge your own eyes out with a spoon.”

“Mostly rubbish, especially the TV. A few exceptions include ‘Curb Your Enthusiasm’, ‘Friends’, ‘Fargo’, and ‘Parks and Rec’.”

“Sooooo much reality tv… my favourite one: ‘Extreme Couponing’ — that was intriguing!” 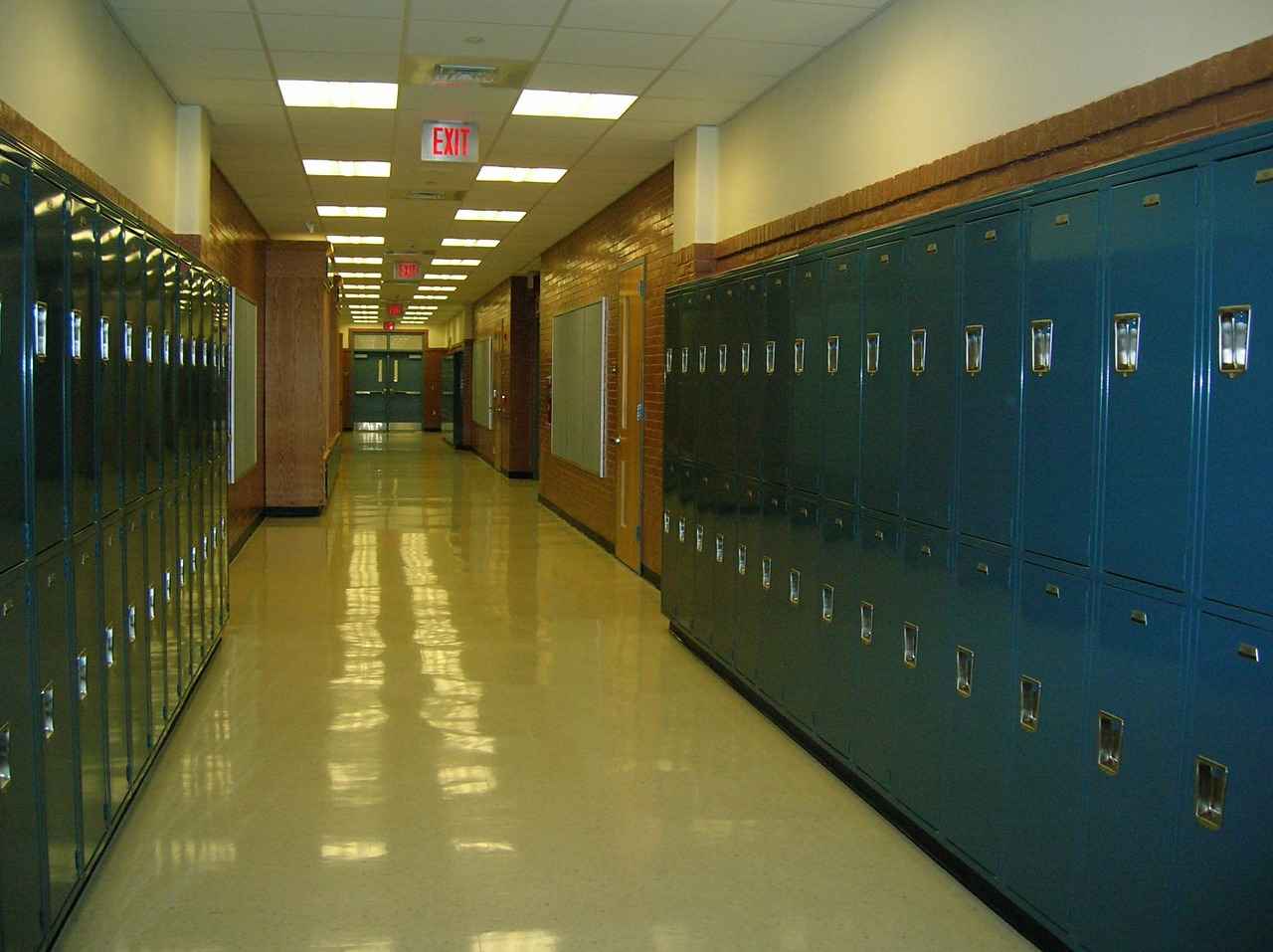 “Why are all Americans obsessed with high school? It looks like the most awful experience of all time where if you have anything in the least bit unusual about you, you get your head flushed down the toilet and all learning occurs through pop tests.”

“When I was a teenager I used to read Sweet Valley High books and sometimes wished I went to an American high school.”

​”You only need to go to a Pearl Jam concert to know that the beered-up jock is alive and kicking.”

“I hate all the ‘graduation’ ceremonies — it’s high school guys, not a PhD! You don’t deserve a hat and gown for rudimentary maths and the basics of only American history and literature!”

“America is the land of the aggressive male high-five. Of guys using the word ‘Whooo!!!!’ and turning a baseball cap backwards.”

“Real people, grow up, ‘graduate’ and get over it.” 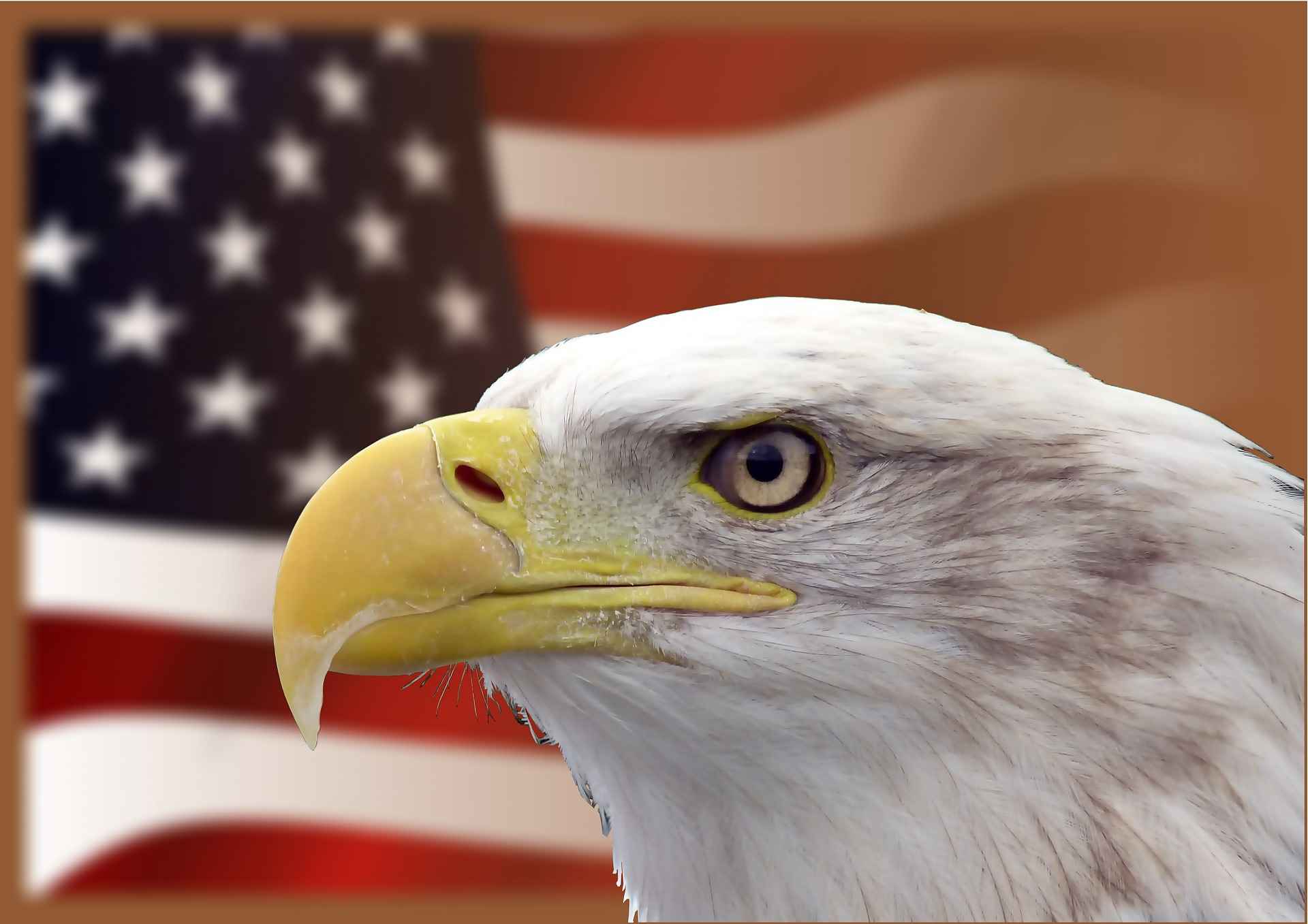 Other general impressions about America(ns)

“If you say something sarcastic they will look at you and you can actually see the ‘but…you’re joking…right…?’ cogs turning behind their eyes.”

“Why are you so stingy with annual leave?”

“I hate the constant tipping and additional tax on everything — so confusing!”

“The news channels!! They’re always so shouty and over-dramatic!”

“I find all the overly helpful customer service downright annoying. I do not need 10 glasses of water with my dinner or to be interrupted every five minutes to be asked if everything is ok. It is not ok because I can’t eat my food for fear that someone will talk to me and I’ll have my mouth full!”

“Nobody needs a gun. Not even for sport. Americans are paranoid they need a gun to protect their house, they don’t.”

“I think Americans are super friendly and generous spirited. I just think that being polite also involves knowing when to shut up!”

“I have a problem with their spellings.”

actually .that’s not far off- I have no idea about the Telly bit, because I don’t have one. The Food bit is correct, and another- what’s with putting a ton of ice in all your drinks? I get them doing it to save on the expensive fizzy bit, but with free refills it negates that…

If I eat out, which is fairly rare, I always order my drinks with very little ice. I can’t stand even my beer being freezing cold, especially if it’s an IPA.
Truth be told, even as an American myself (begrudgingly), I ask a lot of these questions, too.

The thing I didn’t get, is how that person couldn’t understand the concept of freakin’ biscuits and gravy! There’s nothing better than flaky, homemade biscuits drowning in sausage gravy! Not every morning, though, otherwise I wouldn’t be able to move to the kitchen to make it.

They are bloody scones without sugar, and what the hell is with grits? They are wallpaper paste!

Grits are delicious. I couldn’t live without them. Alabama girl!

Fun post & not much to take issue with. A few comments come to mind. I personally don’t know anyone who can stand the Kardashians on this side of the pond – No, seriously, I don’t know ANYONE who doesn’t speak ill of them. The observations about TV is spot on, but the exceptions listed are also crap, thus I respect their opinion less. Lastly, ‘Nobody needs a gun, not even for sport’. Guess what nobody needs a tennis racket either, Or two pairs of shoes, or a computer to access the chaostrophic website for that matter. I have owned many guns and am very good with them, though I have never hunted or shot a living creature in my entire life. Trap and target shooting used to be a sport I enjoyed, and was certainly never a fanatic over firearms. If you enjoy the sport & aren’t an idiot I don’t care if you have a gun. Or if you don’t for that matter

My main problem is the constant unjustified wars of aggression, extrajurisdictional legislation, violation of all manner of civil rights at home and abroad and the false belief of exceptionalisation that is used to justify it all.

But yes, the fatness is a bit of a turn off.