Dubai’s internationally known for its ambitious/foolhardy construction projects, and this latest one is no exception. Say hello to The Floating Seahorse: a waterbound abode you’d expect to find on an episode of MTV Cribs. 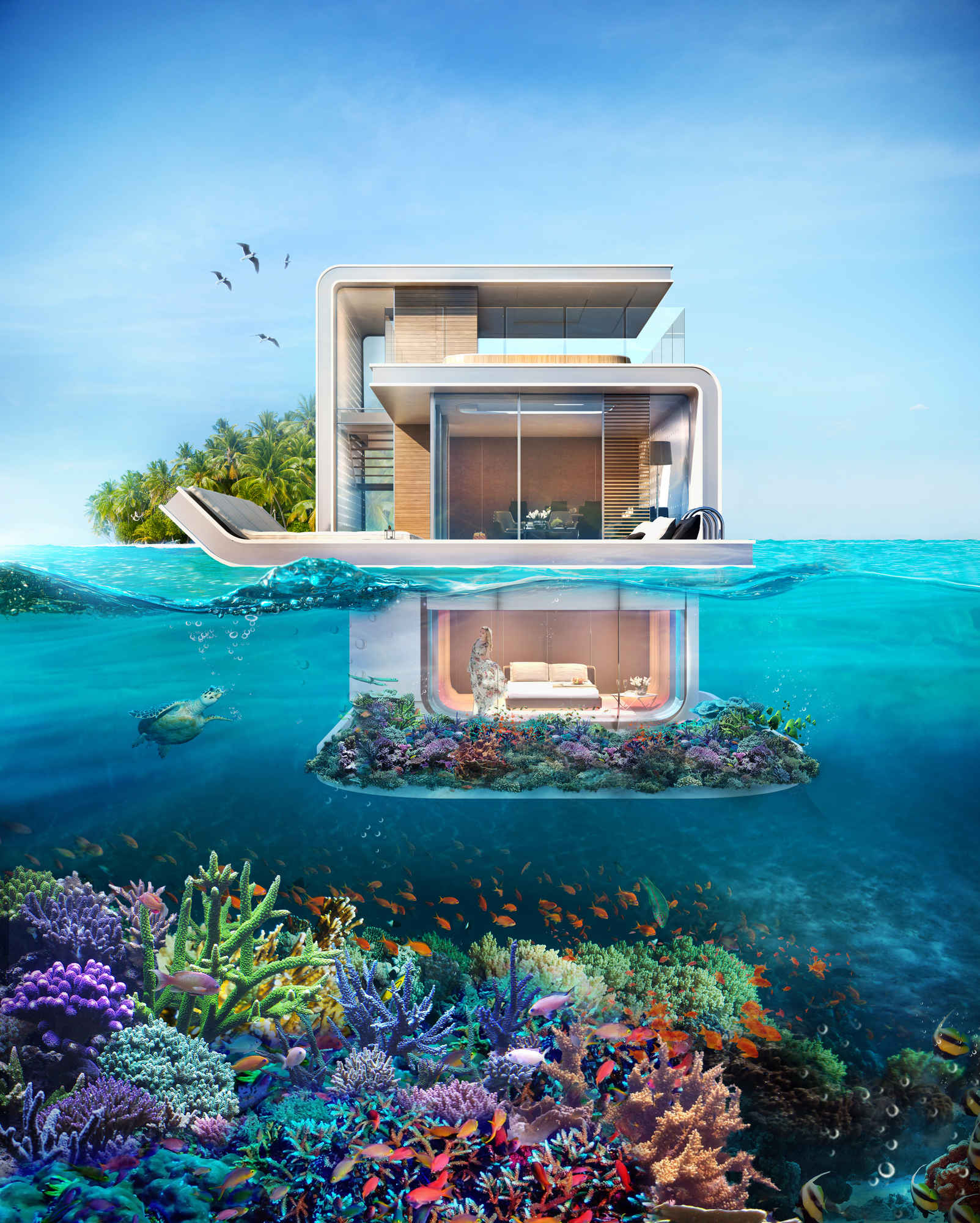 Designed by the Kleindienst Group as part of the Heart of Europe section of Dubai’s World Islands (an artificial archipelago shaped like, yep, a world map), these floating structures will have no propulsion system to speak of, so you’ll have to access ’em via boat. Each home will feature three levels: an upper deck area with a mini-bar and hot tub, a sea-level living room/kitchen/dining room with floor-to-ceiling windows, and an underwater master bedroom/bathroom where, presumably, the magic happens.As for whether you’ll actually be able to peer out the window and make out any of the sea turtles and vivid tropical fish featured in the conceptual renderings, well, that remains to be seen (!).Before you start saving up for one of these impossibly slick Seahorse homes, though, note that only 42 of them are being built, and 35 have already been snapped up by people who clearly have way too much money to play with. You can check out the rest of the renderings below, though: 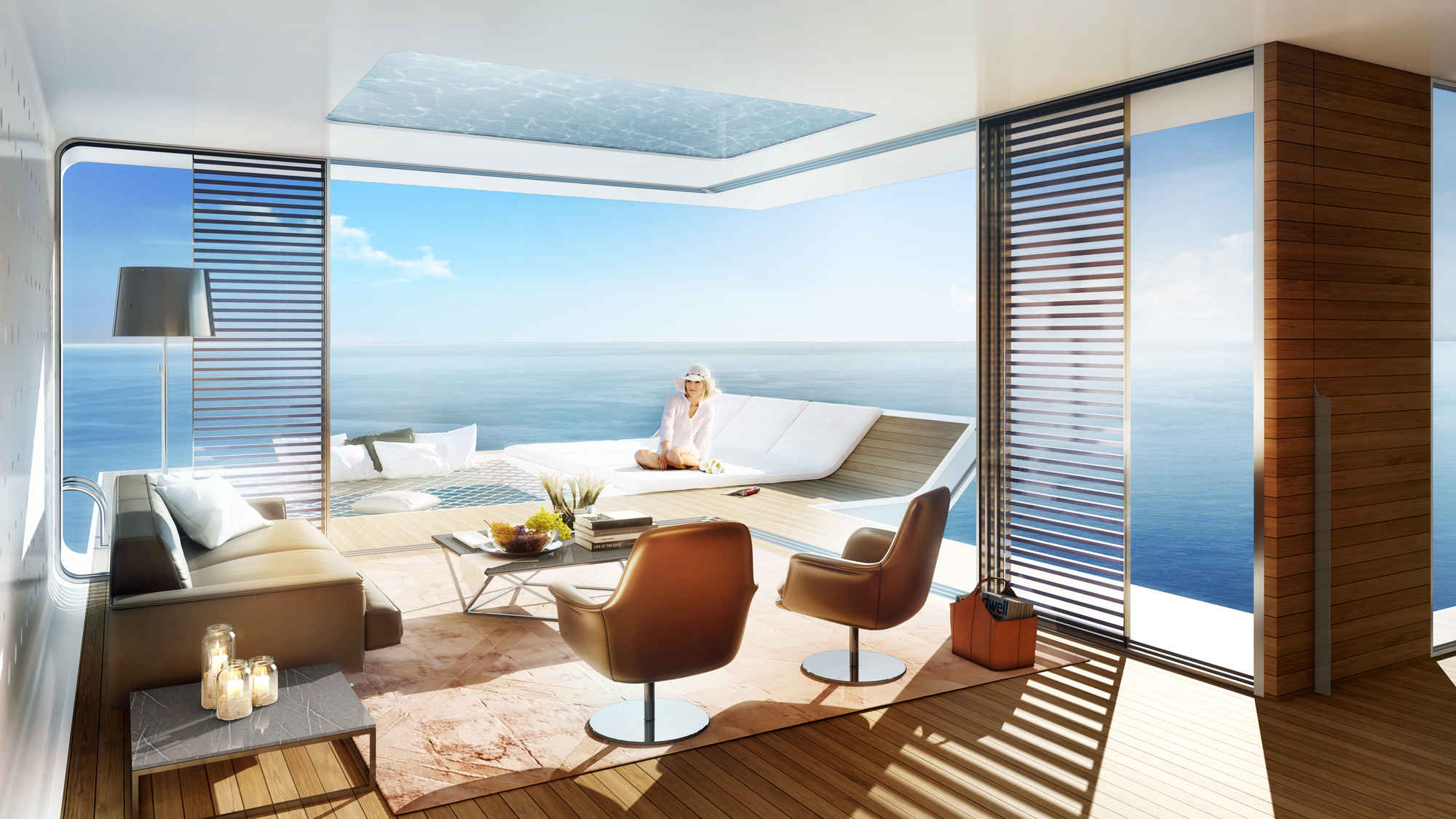 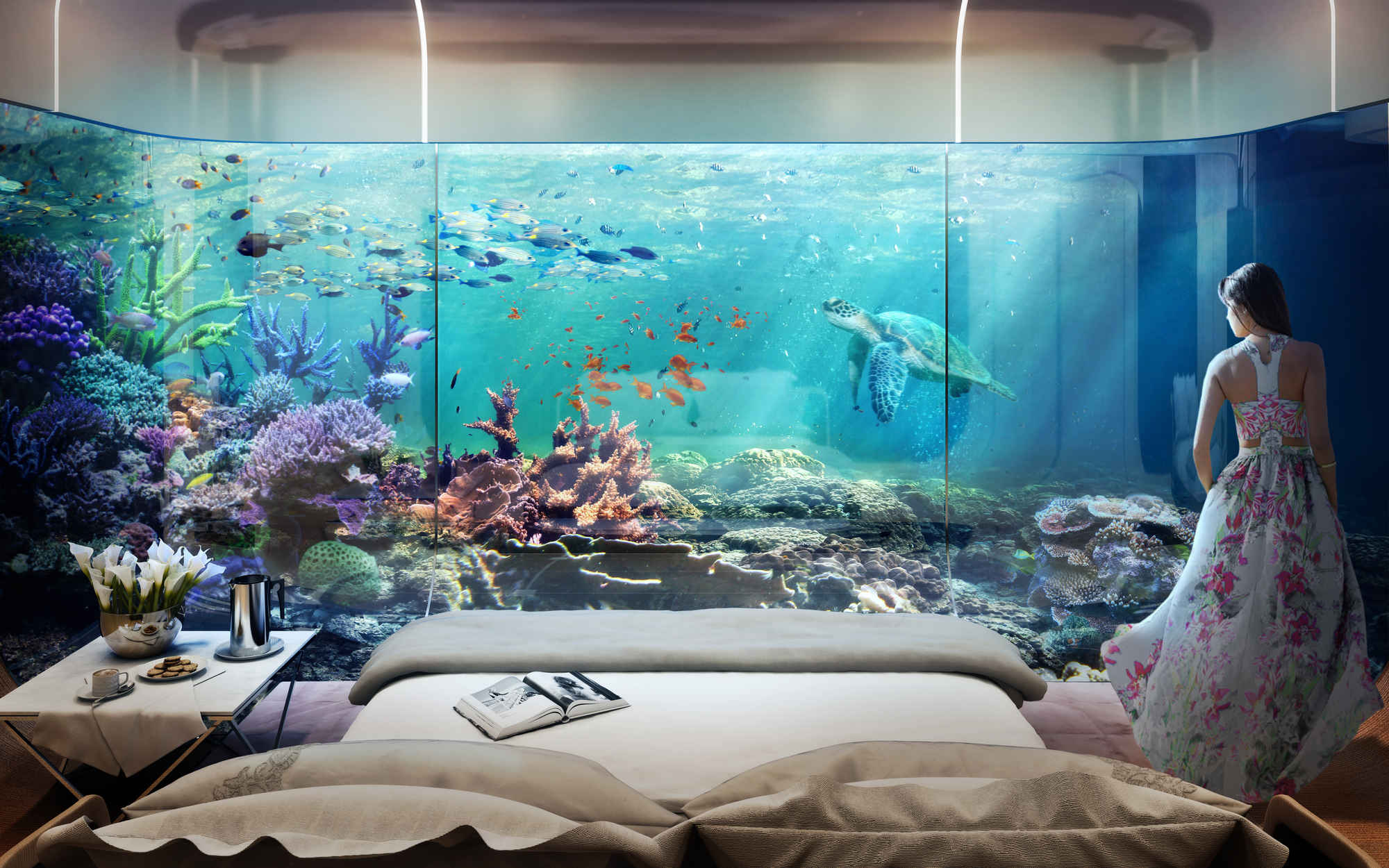 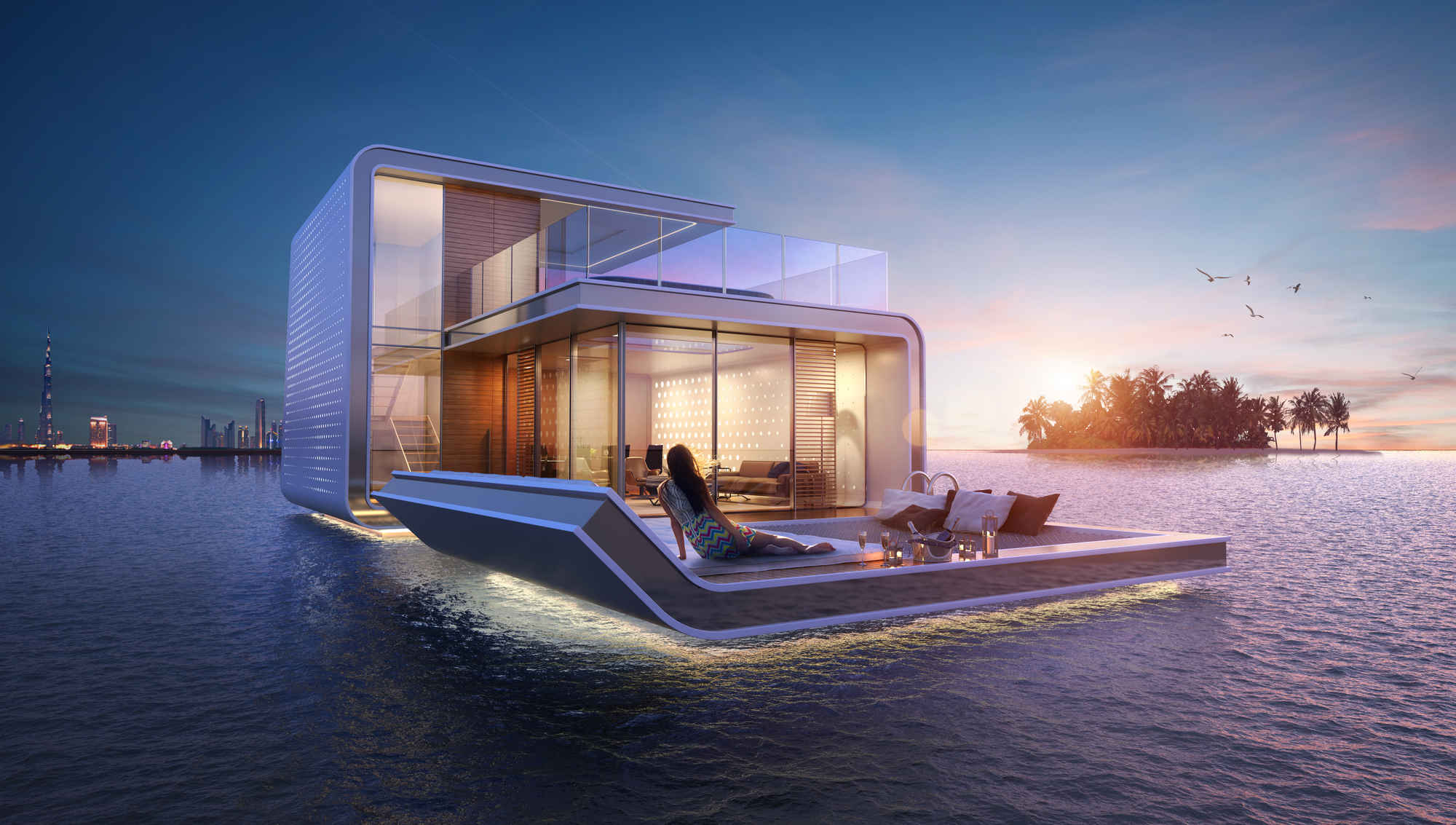 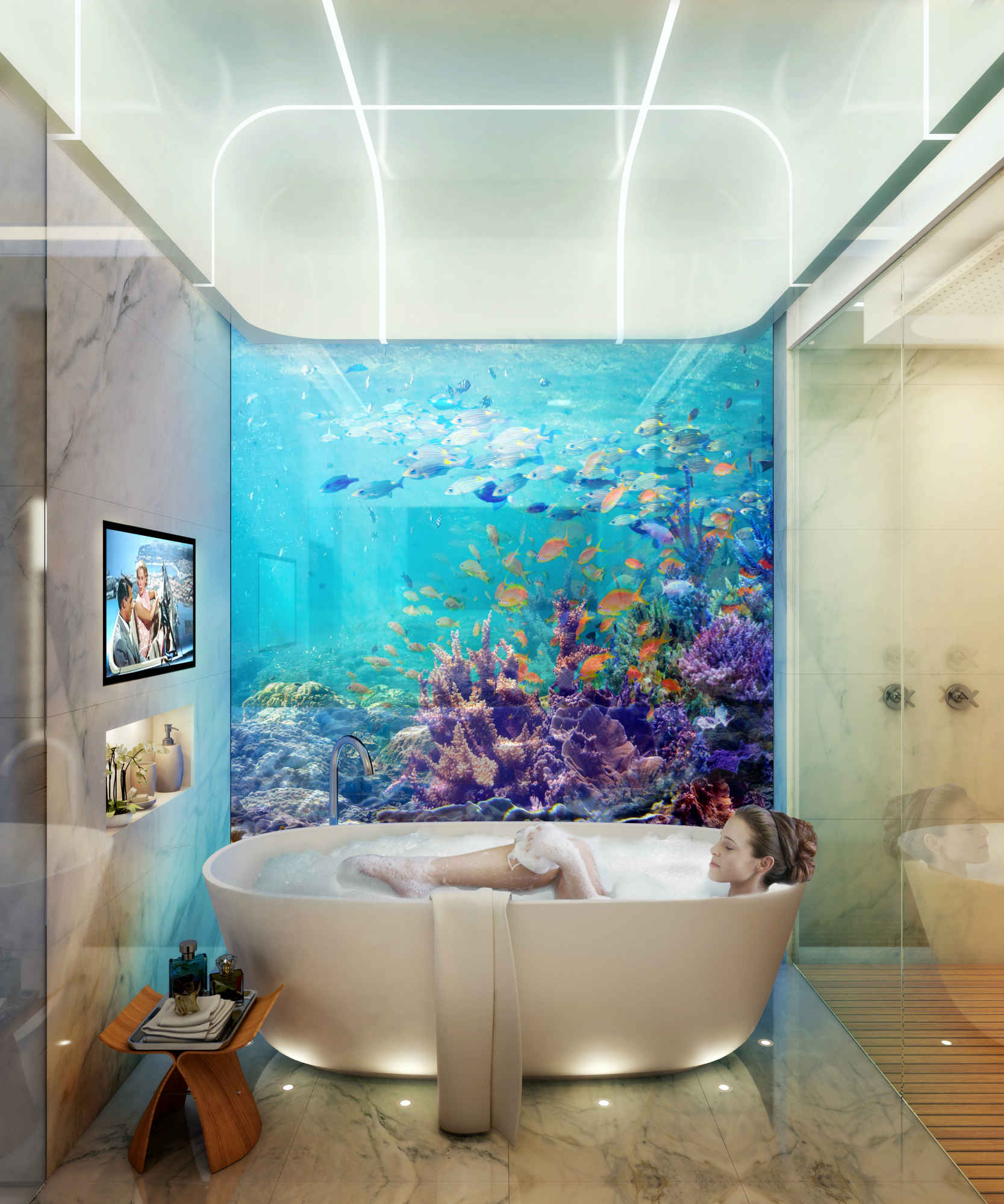 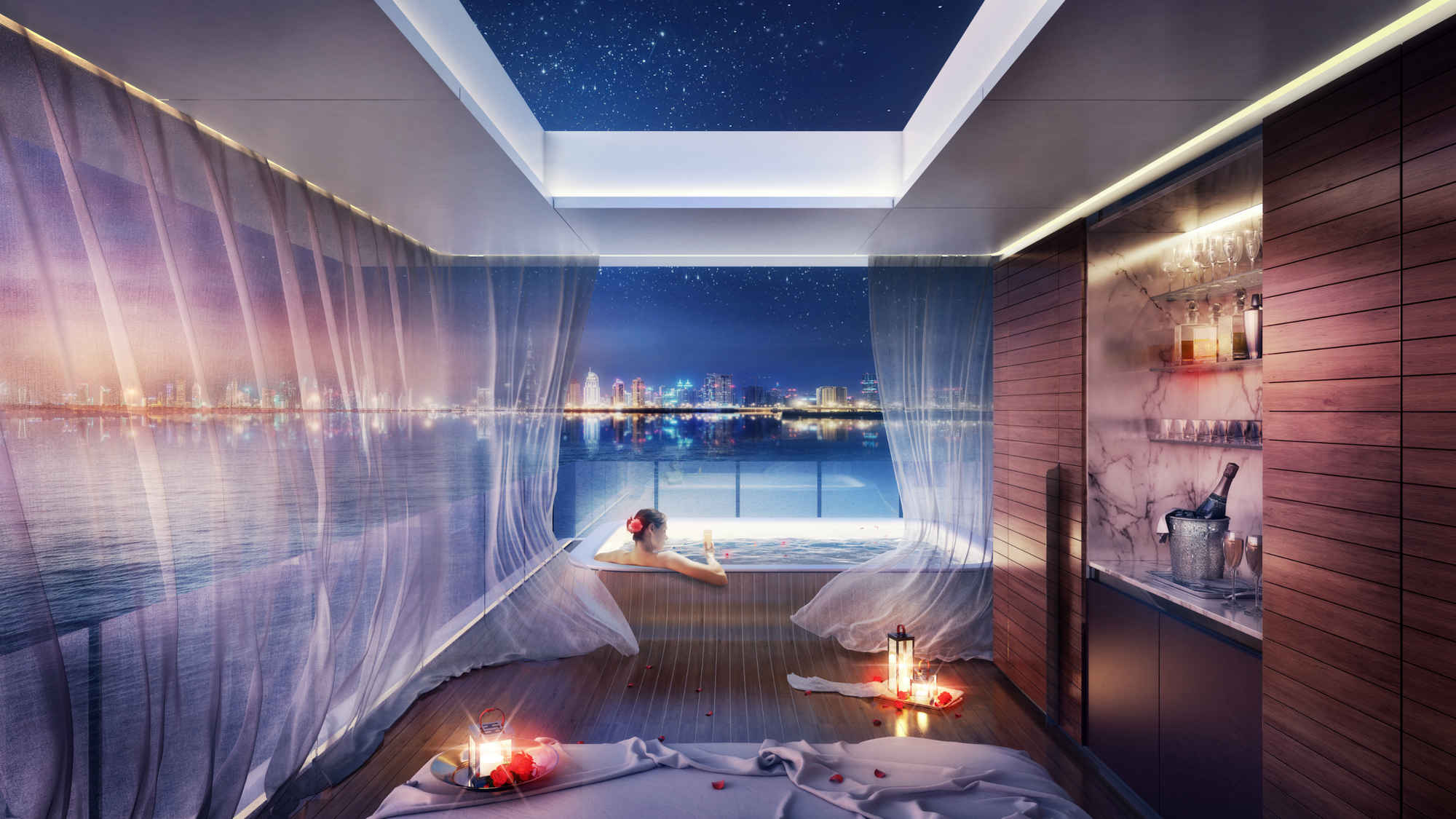