The late Sir Edward Heath, who served as Prime Minister of the United Kingdom in the early 1970s, is being investigated as a suspected pedophile.

The Independent Police Complaints Commission (IPCC), which serves as Britain’s police watchdog, is investigating claims that police ignored allegations of sexual abuse that were brought up in the 1990s. The case came back to light after a retired officer brought up the claims last summer. The officer said that the original prosecution was stopped because “it would have led to the former Prime Minister’s name being dragged through the mud.”

Heath on the campaign trail in 1970 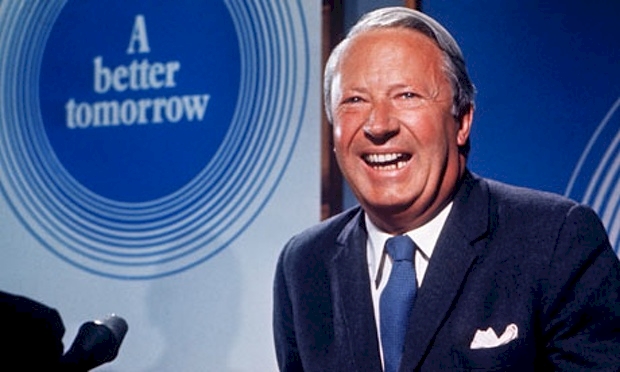 Investigators haven’t offered any details on the specific allegations, but they are looking to speak with possible victims. A spokesman for the Wiltshire Police said in a statement:

“Sir Edward Heath has been named in relation to offences concerning children. He lived in Salisbury for many years and we would like to hear from anyone who has any relevant information that may assist us in our enquiries or anyone who believes they may have been a victim.

“We are working closely with the NSPCC to ensure that any victims are appropriately supported. They provide trained helpline counsellors to listen and provide assistance.

“We take all reports of child abuse, either current or that occurred in the past very seriously. Victims will receive support throughout any investigation and associated judicial process.

“If there is evidence of offences having been committed we will ensure that, if possible, those responsible are held to account through a thorough and detailed investigation.

“This includes any other parties who are identified as having been involved in child sex abuse. Some people may never have spoken out about the abuse they have suffered but we would urge them to please contact us and to not suffer in silence.”

The Heath investigation is just the latest in a string of high-profile child sex abuse allegations against prominent British individuals. Earlier this year, the National Police Chiefs’ Council say they were investigating more than 1,400 people, including 76 politicians and celebrities, for allegations of historic child sex abuse.

Ex-British PM – The latest In A Long Line Of U.K. Celebs Accused Of Historic Sex Abuse

2 replies on “Ex-British PM – The latest In A Long Line Of U.K. Celebs Accused Of Historic Sex Abuse”

“If there is evidence of offences having been committed we will ensure that, if possible, those responsible are held to account through a thorough and detailed investigation.”

For this specific instance, it’s easy to say when the guy is already dead. 🙁

It’s pretty clear that until fairly recently the elites of politics, show-biz, the law and the otherwise powerful had protected access to abusing kids. Maybe still do, but now it is being uncovered.

Many are dead, but many others are sweating it. Which is good.