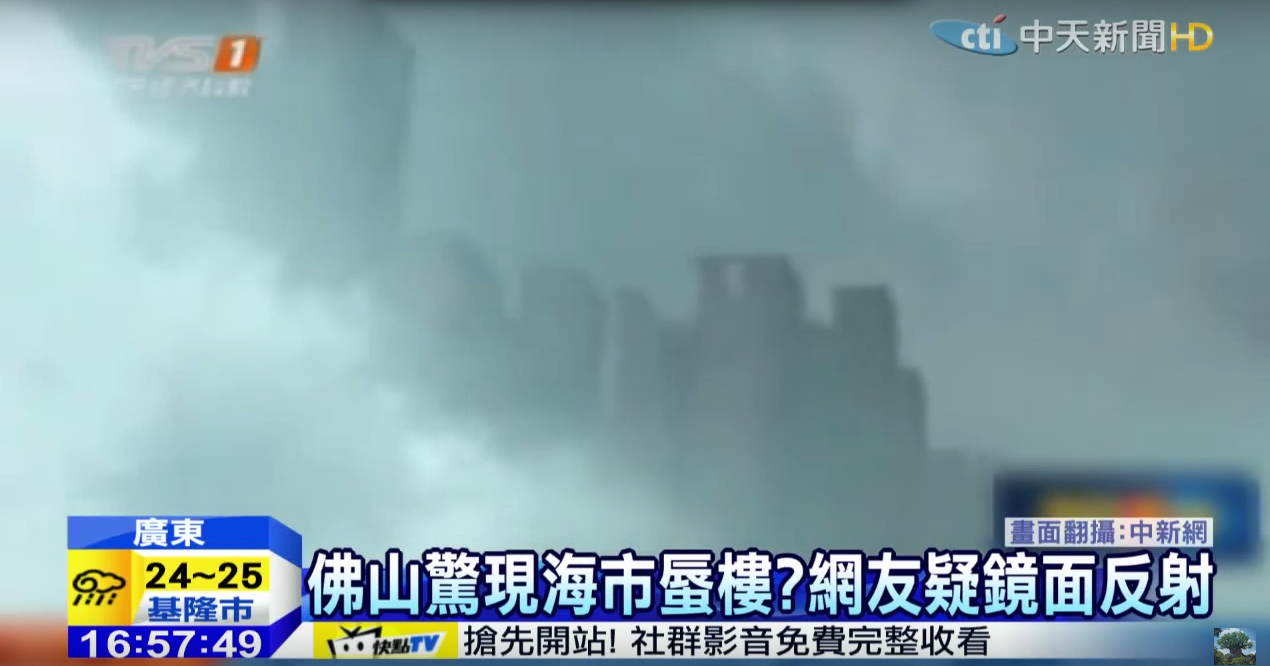 People near Jiangxi and Foshan, two cities you’ve probably never heard of in China, got a glimpse of what might be Bowser’s sky castle in Mario Bros, or an alien megastructure, or the Matrix parallel universe. Since Laurence Fishburne and Keanu Reeves were not reported at the scene, that’s last one’s out. But something weird was up.

Hundreds of witnesses saw an apparition that looked just like a floating city appear in the sky earlier this month. As is customary, the Internet freaked out. However, scientists just answered all of this in a completely reasonable way that should calm everyone down, but won’t.

Apparently, it’s an optical illusion called a “Fata Morgana,” caused when two layers of the atmosphere are two different temperatures. This creates varying densities in the atmosphere, and light refracts when it comes in contact with these varying layers. In other words, it bends and moves at a different angle, but since our puny brains can’t compute this, when light hits our eyes, we think it travelled there in a straight line. Thus, the phenomenon can result in seeing an object in the place it would have been if that light had travelled in a straight line. TL;DR; it’s kinda like a mirage in the sky.

There you go, science.

But judge for yourself:

FLOATING CITY APPEARS OVER CHINA AND FREAKS EVERYONE OUT