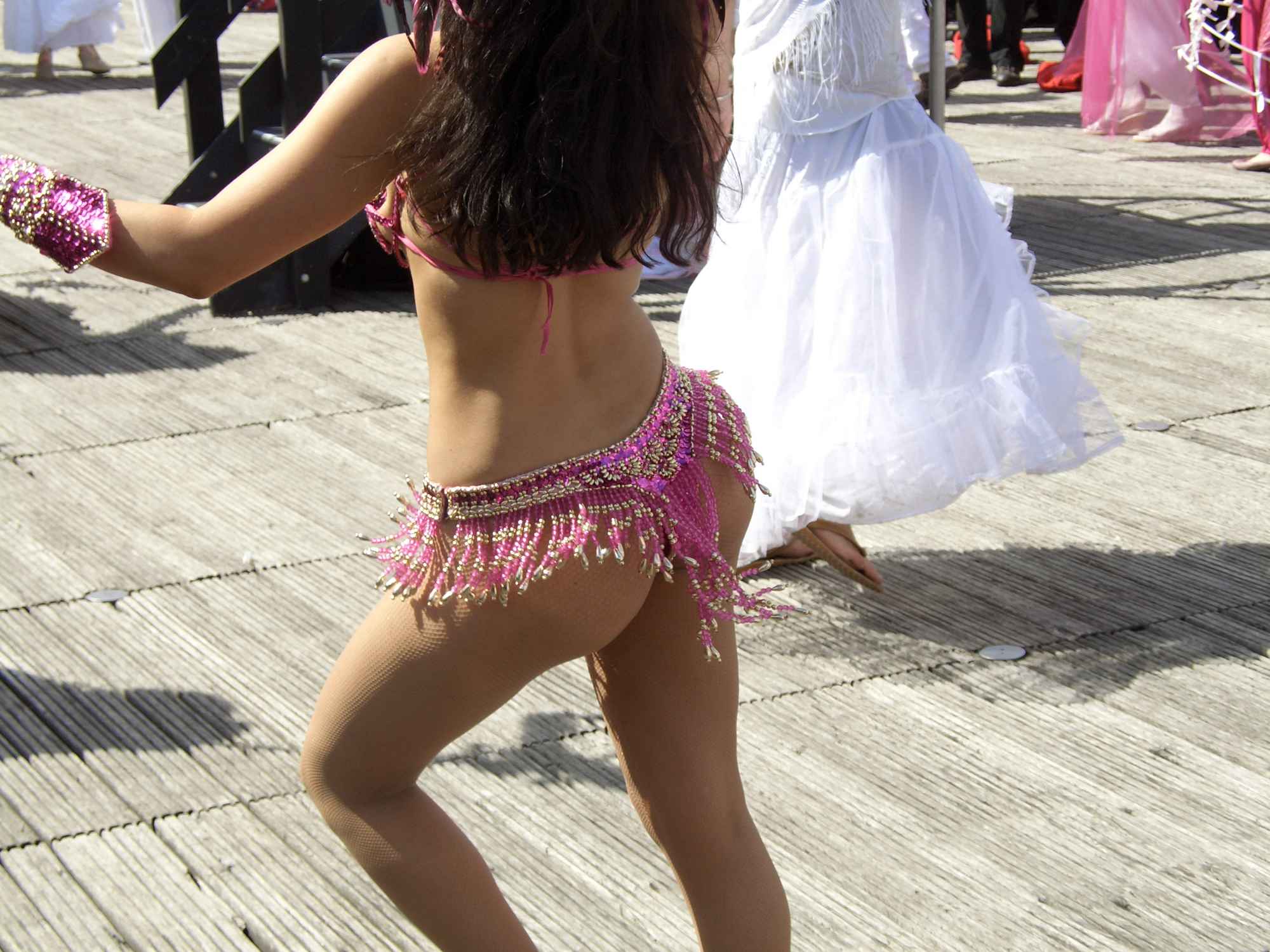 If you look like Charlize Theron or Brad Pitt, then congrats. You won life in the USA. But before you start showing off those rugged good looks in other countries, like, say, Thailand or Mauritania, you might want to slow your roll. Turns out your chiseled jaw and flowing locks may not get you very far in places where what’s considered sexy includes face tats and obesity. Or one of these other interesting sex/beauty fetishes. 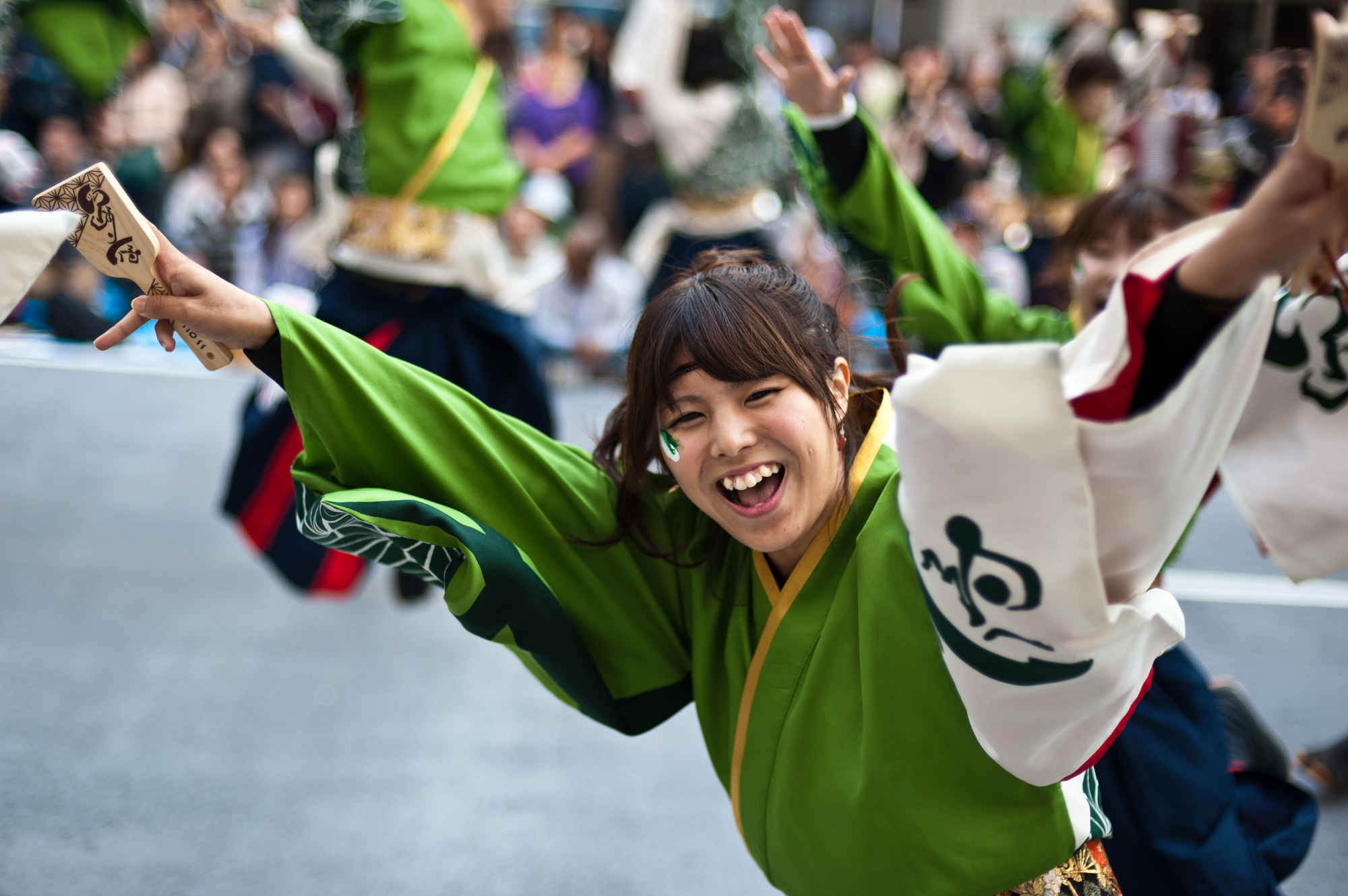 Japan
That snaggletooth got you down? Not a problem if you hop a plane to Japan, where they’ll probably make you Ms. or Mr. October (no, not Reggie Jackson). In Japan, they call it “yaeba,” and it’s apparently insanely adorable to Japanese men when women have it. So much so, that women will pay dentists money to have artificial canines glued to their teeth to fake it. We wonder if guys can tell they’re fake if they touch them.

Brazil
Granted this is highly sexualized in the US and across many Latin American countries, as well, but the trend is so strong in Brazil that women will go so far as to have butt implants in order to attain dat ass. In 2013 alone, more than 63,000 butt augmentation procedures were performed in Brazil, or five times the number performed in the US that year. 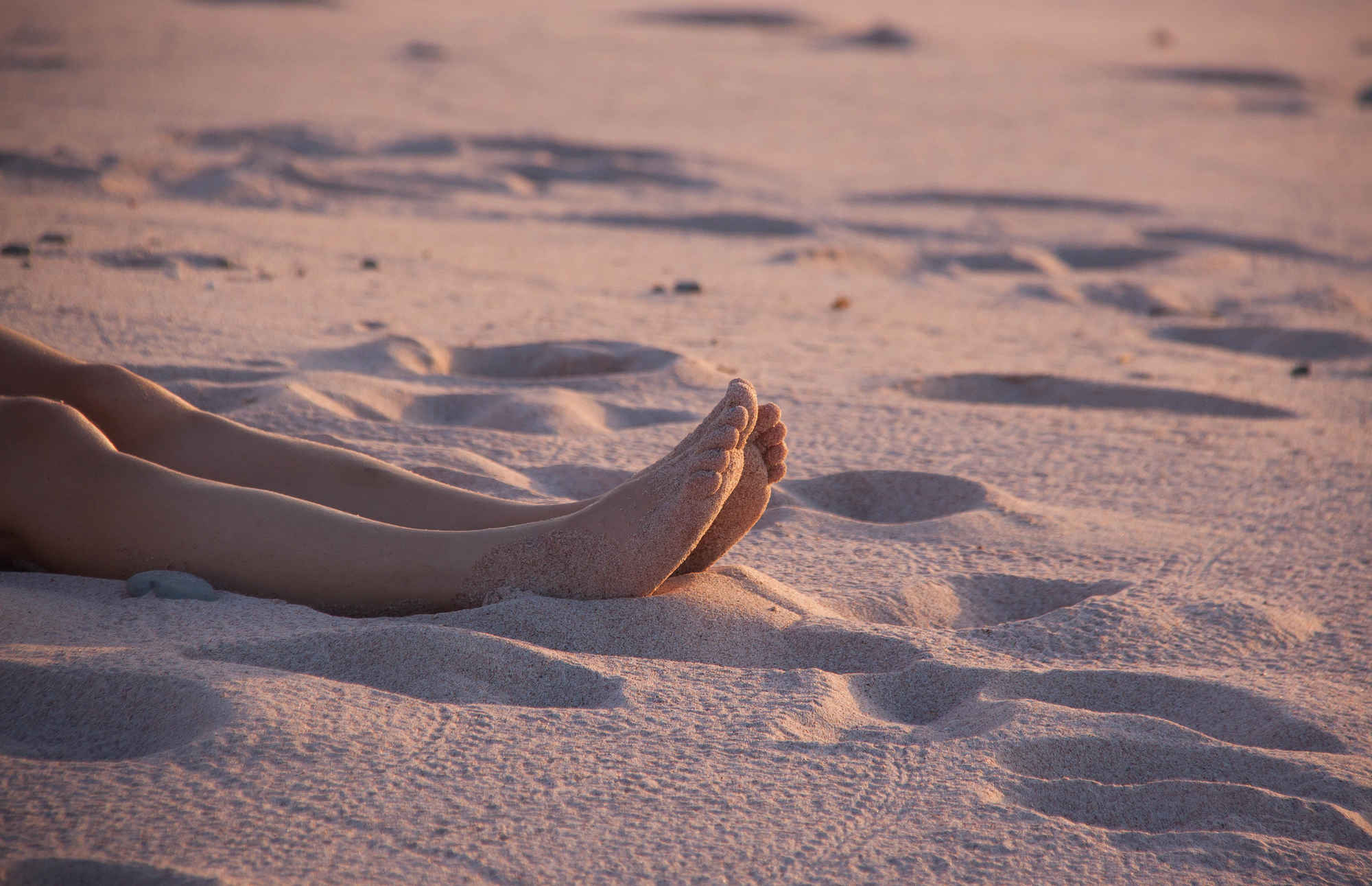 Indonesia
Ladies, we all know what a big foot says about a man. (He wears big shoes… ba-dum ching!) But what does it say about a woman (other than she also wears above-average-sized footwear)? In parts of rural Indonesia, it says a lot. The Karo Batak people live in villages in the northern part of the island of Sumatra and are ALL about the feet. At least according to anthropologist Geoff Kushnick of the University of Washington, who conducted the study that reportedly proved the group’s affinity for large tootsies. He says that women with big feet are perceived to adapt more easily to local environments, a quality that Karo Batak dudes apparently find pretty hot.

Certain Asian countries
While you’re sitting poolside working on your tan, you should know that many Asian societies like China, Hong Kong, Korea, and even Thailand, are COMPLETELY JUDGING YOU. Yep, in these countries, the fairer the skin, the more attractive the woman. In fact, skin whitening is actually a thing and expensive beauty products are heavily advertised as being able to make your skin a lighter shade. 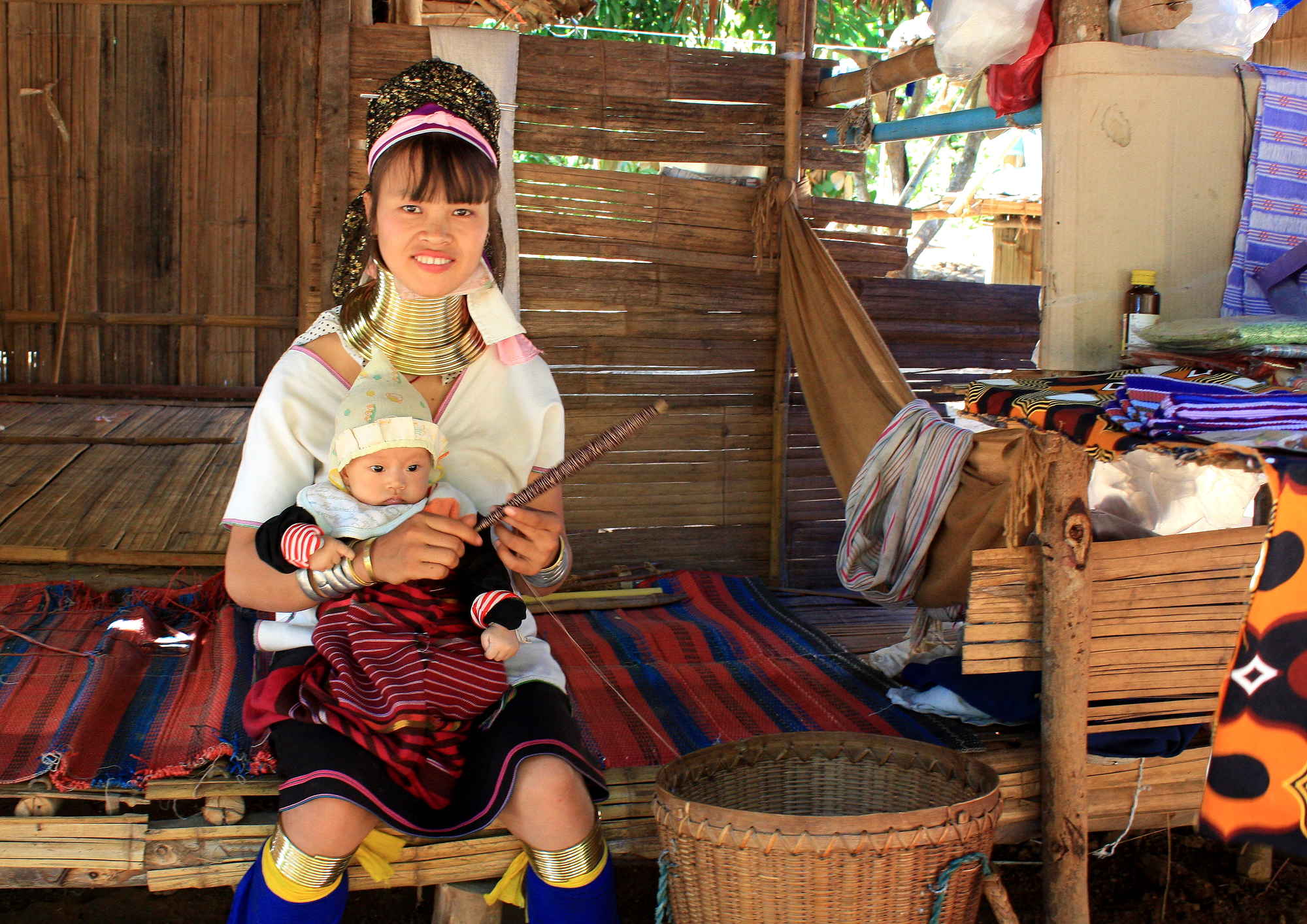 Kayan tribe, Myanmar
Women of the Kayan Lahwi tribe in the Shan state of Myanmar love the long-necked look. You’ve probably seen pictures, as this particular tribe is well-known for wearing neck rings made from brass coils. They start at the age of 5 and replace the coils with longer ones as they grow. The new coils push the collar bone down and compress the rib cage. (In truth, the necks aren’t actually getting longer, but the collar bones are being pushed down.) There are many theories behind the neck coils including the idea that slender necks are seen as more feminine, or that the coils give the women a dragon-like look, which is important in Kayan mythology.

China
Let’s just say NO ONE from the Karo Batak tribe is going to get laid in China. Since the 11th century, the Chinese have fetishized unnaturally tiny feet on women to the point where women painfully bound their trotters to prevent further growth. Known as “lotus feet,” the ideal length was about 4in long. For ADULTS. It became a means of displaying status and wealth, although some argue the real reason was that walking with the strained gait of tiny feet strengthened a woman’s vaginal muscles, making sex more enjoyable for men. Either way, foot binding died out in the 20th century because of things like lifelong disabilities (NBD) although there are still a few remaining elderly Chinese women with exceptionally small feet.

Karo tribe, Ethiopia
The men of Ethiopia’s Karo tribe show their manliness with scars, because well, scars represent killing enemies from other tribes, naturally. Here’s the good news though (sorta): you don’t actually have to kill anyone! No, you can scar your OWN chest as a metaphor, and it’s just as hot. Ladies get in on the action, too, by scarring their torsos and chests, which is seen as sensual and attractive. 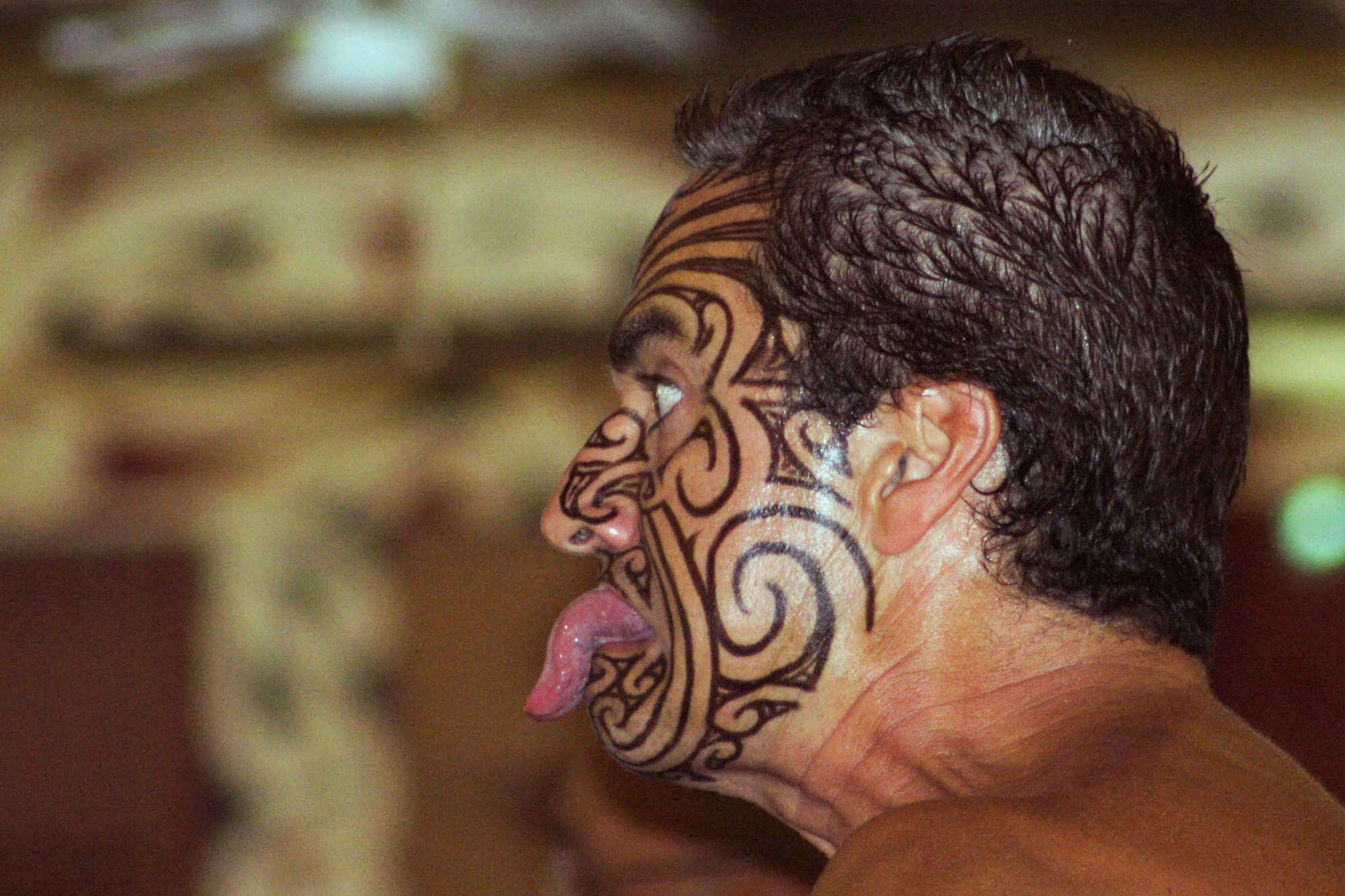 Maori tribe, New Zealand
Known as Ta moko, face tats are all the rage among Maori tribespeople. Among the Maori, the head is considered the most sacred part of the body, and to cover it with shapes and patterns indicates rank, social status, and prestige. Much like the aforementioned Ethiopian scars, they are also a symbol of sensuality and attractiveness.

Mauritania
Put down your yoga mat and fill up that bowl of spaghetti (carbs, carbs, carbs). In Mauritania, bigger is better. Much bigger. Although the story behind it isn’t so sexy: because of crippling food shortages throughout Mauritania’s history, obesity among women is considered a sign of wealth and prestige — and incredibly hot. Many women are even sent to “fat farms” in order to attain the ideal weight, and the process can involve eating up to 16,000 calories per day.

Mursi women, Ethiopia
Full lips are one thing, but the Mursi women of Ethiopia take it to an entirely new level. About six to 12 months before marriage, a woman has her lower lip pierced and it is increasingly stretched by a series of larger and larger wooden discs. At the end of the process, the final diameter can measure between 3 and 8in. 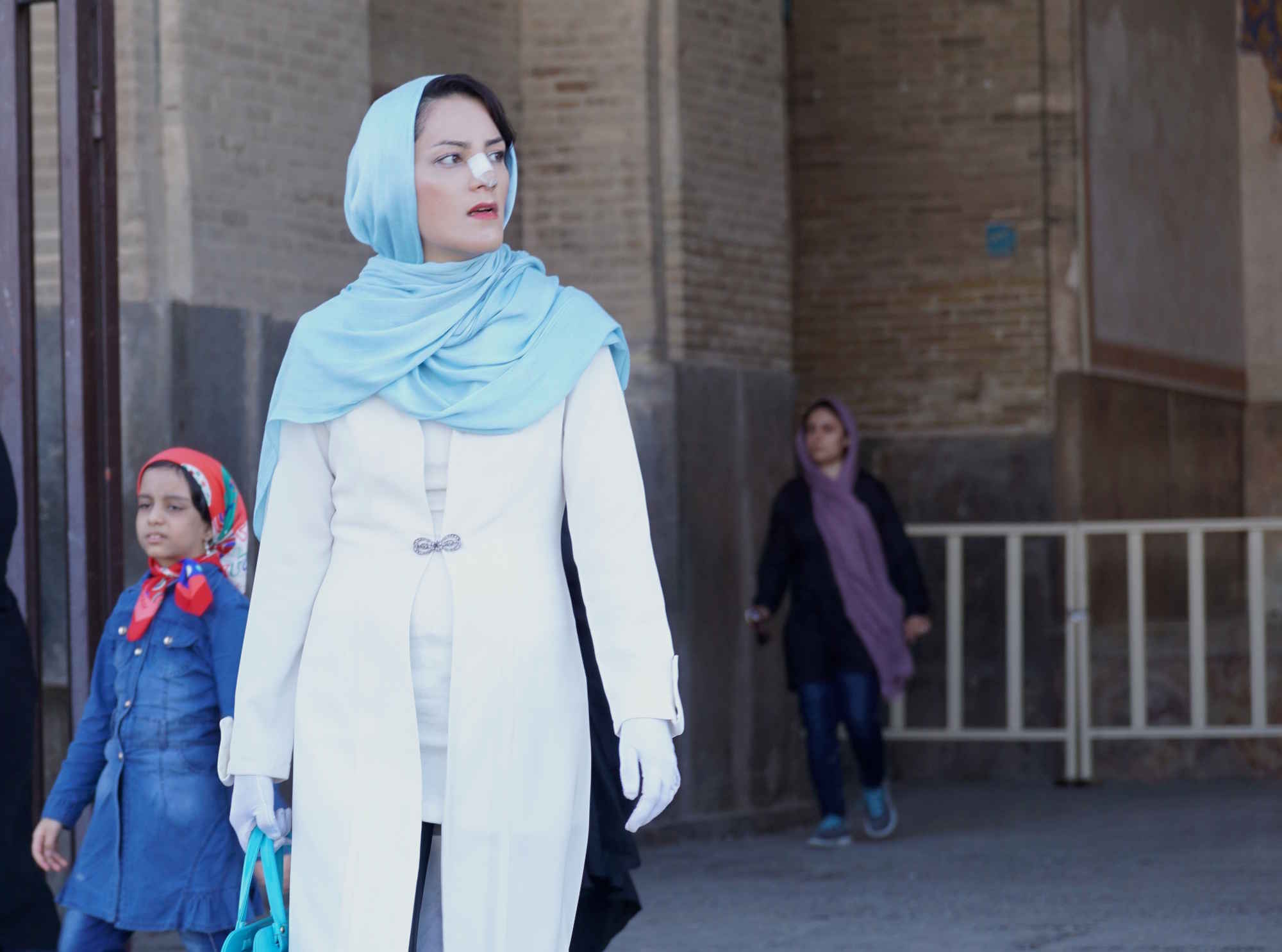 Iran
Plastic surgery is common the world over as a means to attain a certain standard of beauty. But usually we wait for the bandages to come off to strut our new stuff. In Iran, however, it’s all about the journey — not the destination. Women in Iran have been known to proudly display their plastic surgery bandages in public to let the world know, “Hey, I got something new under here.”

FROM CROOKED TEETH TO BIG FEET: WHAT PEOPLE FIND SEXY IN 11 COUNTRIES

One reply on “FROM CROOKED TEETH TO BIG FEET: WHAT PEOPLE FIND SEXY IN 11 COUNTRIES”