HOW TO GET OUT OF A SPEEDING TICKET, ACCORDING TO COPS

Getting pulled over sucks. Maybe you didn’t even realize you were joyriding with such excessive, er, joy, but the second you see those ominous lights in the rearview, you know there’s a strong chance you’ll be handed a ticket.

I got in touch with a few seasoned policemen: RJ Beam, an officer-slash-author with plenty of experience as the man in your mirror, and Matt Episcopo, a captain from NY with a couple decades of experience not just dealing with speeders, but training his fellow officers on how to interact with them. Bottom line, these guys know their stuff. Follow this handy guide to get on a traffic cop’s good side, and the wallet you save might just be your own. 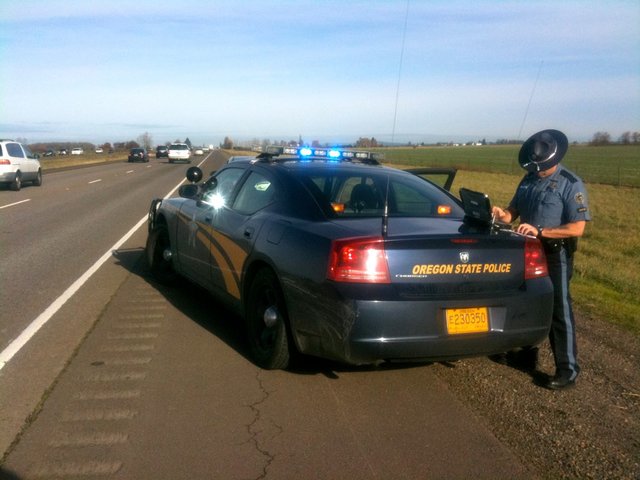 If you pass a traffic cop, smile and wave as you drive by

Officers that are parked and looking for speeders generally have a threshold — it varies in every situation, but they give you some leeway where it’s OK to speed a few mph. If you’re going five to 10 over and suddenly see an officer, smile and wave as a way of acknowledging that you’re paying attention and slowing down. “Personally,” Matt says, “when I see that, I say ‘you’re on my team.'”

Don’t have a radar detector

Law enforcement officers are trained to visually estimate your speed within 5mph. More often than not, they’re using their eyes to catch you; then they flip on the radar to get official verification of your exact speed before they turn on their lights.

If you get pulled over, start off on the right foot by communicating with the officer, especially if you’re somewhere that’s too dangerous to immediately stop. Says RJ, “Show me that you see [that I’m pulling you over] but are looking for a safe spot.”

Matt takes it a step further: if you’re speeding and you see the officer start to turn around to come get you, go ahead and pull over at that point. You’re minimizing the time the officer has to question your intent, and that helps put him or her at ease.

… but stop immediately if the siren comes on

Don’t even bother trying to find a better spot to pull over. If the officer hits the siren, he or she considers it safe enough to stop right here. “If I put on my siren you should just pull over. A citizen might not feel it is a safe spot but as an officer, I might be happy with it,” says RJ. Keep going, and you’re raising all sorts of red flags. 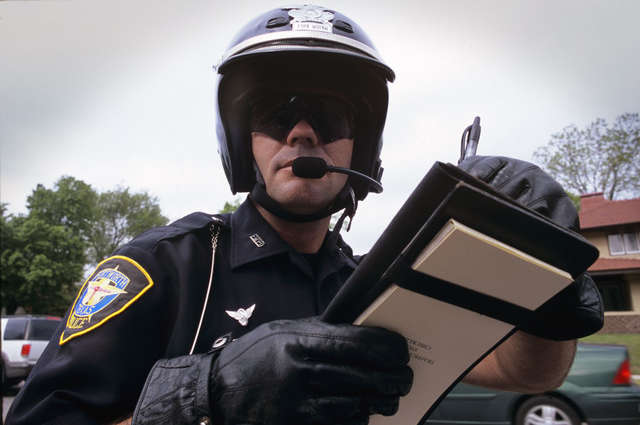 Get your license, registration, and insurance out before they get to your window

It’s a safe bet that the officer doesn’t want to spend any more time at this stop than you do, and since you know you’ve gotta get your info out anyway, why annoy the officer by waiting?

Caveat: As Matt putts it, “If you know your registration and insurance are buried somewhere, wait with your hands on the wheel until the officer is there. Communicate that it’s in the glovebox, and get permission before you start digging around.”

Kiss ass before they go back to their car

Timing is important here, and you want to make sure you’re following these tips before the officer goes back to his or her car. That’s when they run your info and decide whether or not to write a ticket. Once it’s written, it’s in the system and an officer has no power to rescind it, no matter how charming you are when they hand it over. Tearing a ticket up only happens in movies, people.

Try to make the officer laugh

I’m just going to quote RJ here: “If you can make me laugh, you might get a break. I remember I pulled a guy over for doing 20mph over the limit. I asked if there was a reason; he said no, [but] then he asked if he can give me life advice. He said, ‘Never feed a 5-year-old Taco Bell in your car,’ then rolled down the back window. There sat this kid in a car seat, munching on an empty taco shell. All the cheese, lettuce, and beef were all over the backseat. It looked like the taco had exploded, there was cheese stuck to the ceiling above this kid. This dude was having a bad day on multiple fronts, yet could make a dry, dark-humor joke. I loved it, forgot about the speeding issues, and just gave him a seatbelt ticket — $10 versus $200.”

Don’t be short with a cop, but don’t talk too much either

Rambling isn’t a good look, but answering with a quick, one-word response to every question actually makes you look suspicious. As RJ put it: “If I have to drag information out, then that raises some red flags. That being said, if you are hurrying home to cook a meal, I do not need the step-by-step instructions on how to make your grandma’s special recipe.”

Be humble and apologize

We’re all humans, we all make mistakes, and believe it or not officers really do have compassion. You’re speeding and you know it, so apologize to the officer — assuming you’re not doing 20mph over, it might just help get you out of a ticket. Once again, just make sure you do it before they head back to their car.

Avoid speeding around the holidays

There are certain times of the year — around the holidays, for example — when officers can take overtime to sit around with the sole purpose of writing tickets. That unofficial buffer zone of 5-10mph, give or take, still applies, but once you’re pulled over, you’re not getting any leeway, no matter how many good jokes you crack.

You no doubt know the stereotype of not getting a ticket if you have family on the force. Matt confirms that’s largely true, if you’re smart about it. If someone in your family is a law enforcement officer, or you’re military, or clergy, or anything else an officer might look kindly upon, work it into the conversation before you hand over your license and registration. The primary aim of traffic enforcement, he says, is to keep people safe, not write tickets.

3 replies on “HOW TO GET OUT OF A SPEEDING TICKET, ACCORDING TO COPS”

*Only works for women

Bonus is true. Got pulled over doing about 78 in a 70 zone. Told the copper I was going to work, I named the special needs school I worked at and it just ended the problem. Everybody has a nephew…