The Los Angeles County Sheriff’s Department is one of a number of police departments that have recently switched to the Smith and Wesson M&P9 firearm, citing a perceived advantage that the gun is “easy to fire” as it lacks a safety release and features a more sensitive trigger than the previously used Beretta.

They’re also one of a number of departments that has seen a significant jump in accidental shootings since implementing the firearm… almost as if a safety release and less sensitive trigger might somehow help to prevent such phenomena. Huh. 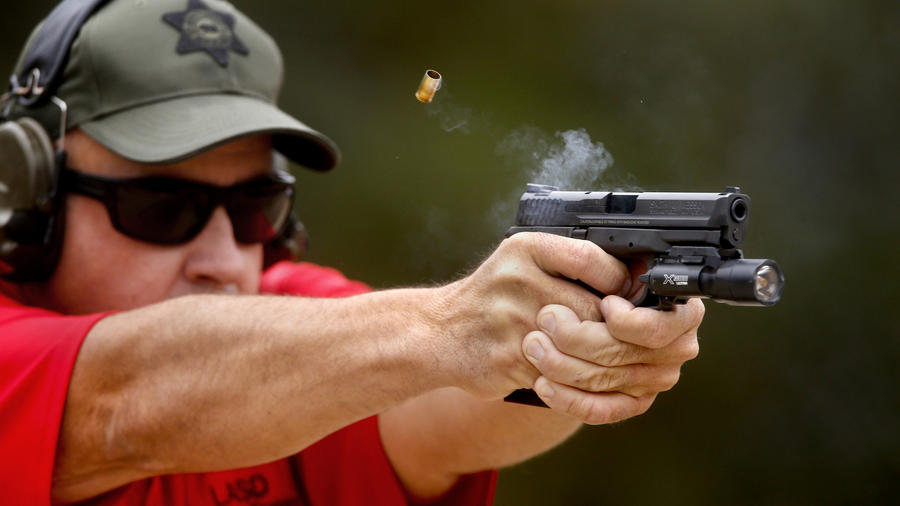 A recent story by the Los Angeles Times reports how, since switching to the M&P9 in 2012, accidental misfires have more than doubled from 12 per year to 30 in 2014. One deputy shot himself in the leg pulling the gun out of its holster. Another accidentally fired a shot into the ceiling after tripping over a stroller. A third discharged his weapon into a car he was investigating as a possible stolen vehicle. In each case, civilian bystanders and other cops were present in the area and could have been in danger from the misfiring weapons.

And it’s not just a problem for LA County. In New York, a rookie cop is facing negligent homicide charges after accidentally shooting a civilian with his Glock, a similar semiautomatic, while patrolling a Brooklyn housing complex. And a former LAPD officer was paralyzed after his three-year-old son accidentally shot him with the same weapon.

Doesn’t it seem like something of a no-brainer that a gun that is easier to fire would be easier to misfire? Even the editor of Bearingarms.com, a pro-cop pro-guns website, says “I don’t think, with the amount of training most agencies have, that a gun that has so few tolerances for mistakes is the best choice.”

Given the amount of increased scrutiny that has been placed on police departments nationwide as of late, it seems like a potentially bad idea to introduce a weapon that increases the likelihood of accidentally putting a round through a wall, or worse yet, a person. But what do I know? I’ve never accidentally shot a gun before.