The president of a Canadian chapter of Mothers Against Drunk Driving (MADD) has stepped down after he was charged with drunk driving.

David Griffin has stepped down as president of MADD East Prince County in Prince Edward Island, Canada. Griffin is also a former deputy chief with the local police department. He was pulled over by police on June 5 and charged with two alcohol-related driving offenses. Griffin is scheduled to appear in court later this month. He has yet to enter a plea.

Given that Griffin spent 45 years in law enforcement and then devoted his time to advocating against drunk driving, the charges are fairly damning.

David Griffin poses with one of MADD’s ubiquitous red ribbons 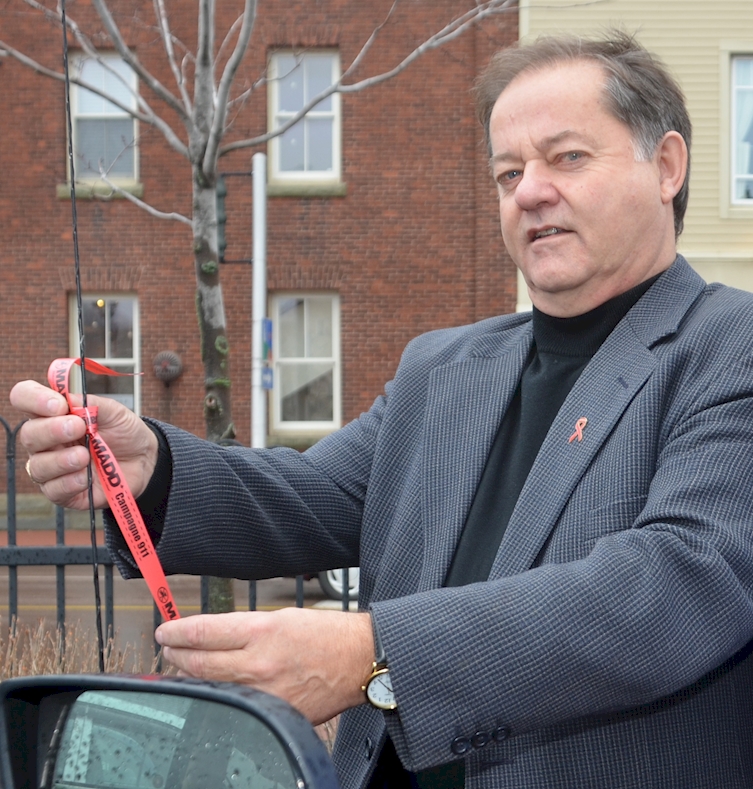 Murrie told The Journal Pioneer that in 18-plus years with MADD, he does not recall anyone from within the organization being charged with such an offence.

Griffin has not commented publicly.