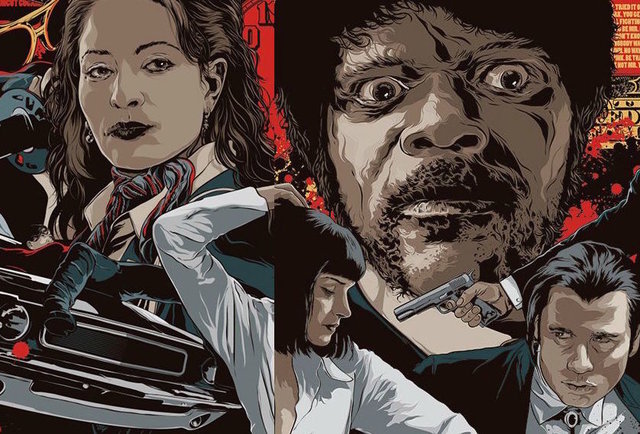 After nine films, Quentin Tarantino is officially the patron saint of badass cinema. From the ear-cutting antics of Reservoir Dogs to the blood-vomiting chaos of The Hateful Eight, his movies are often remembered for their violent set pieces, but they endure for one simple reason: incredible actors playing badass characters.

What makes a Tarantino character a badass? While all of QT’s characters are morally complicated, the badasses on this list aren’t straight-up villains (sorry, Hans Landa!) and they’re not only the most iconic roles (goodbye, Vincent Vega!). They are cool. They are righteous. And, of course, they’re badass. 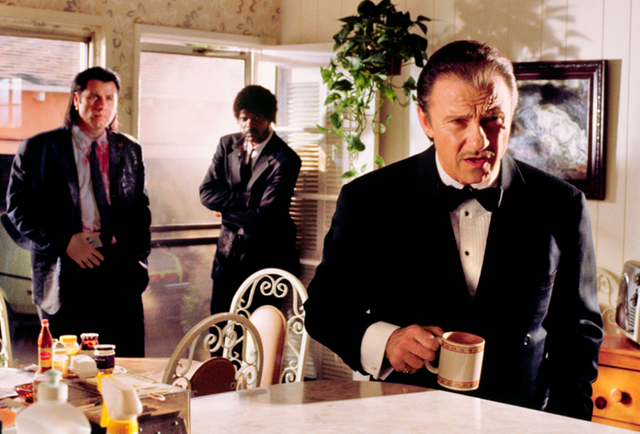 “Don’t be afraid of the soap,” says the dapper Mr. Wolf to Marsellus Wallace’s two hamburger-obsessed hitmen, Jules and Vincent, as he hoses the blood off them, in one of Pulp Fiction‘s most comedic scenes. “Spread it around.” With his “time is money, people!” attitude cloaked in a laid-back calm, no man has made fastidiousness seem quite as cool as Harvey Keitel’s coffee cup-holding badass fixer. And he even gets the girl — well, one of them anyway — at the end. — John Sellers 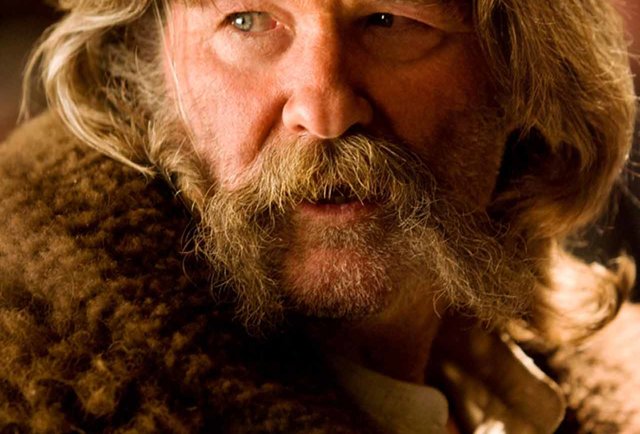 While each member of the so-called Hateful Eight has his or her own despicable charms,Kurt Russell’s towering, fur-swaddled bounty hunter John Ruth (aka the Hangman) easily has the most swagger and coolest charisma of the bunch. A burly, bombastic man with thick whiskers, a steely glare, and a John Wayne-esque cadence, Ruth isn’t above clobbering his prisoner, Daisy Domergue (Jennifer Jason Leigh), but at least he’s a man with principles, committed to bringing his bounty to the gallows alive. (As you may have heard from the trailer: “When the Hangman gets you — you hang.”) Being a likable badass is all in a day’s work for Russell, an actor who’s no stranger to them. — Anna Silman 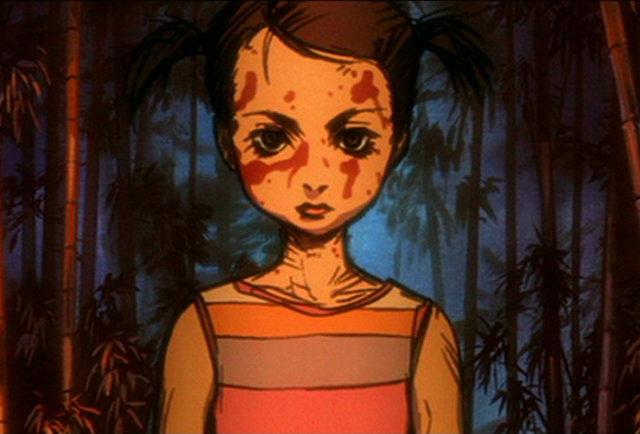 Picking the most badass member of Kill Bill‘s deadly Viper Assassination Squad isn’t easy, but, discounting the Bride (who we’ll get to shortly), we’re partial to the blood-spilling antics of young O-Ren Ishii,who was kicking ass and taking names back when she was barely tall enough to ride the big dipper at the Tokyo Six Flags. As told in animated flashback, the pint-sized O-Ren watches her parents get savagely murdered and swears revenge; by age 11 she has achieved her goal, accomplished by stabbing the pedophiliac boss Matsumoto in the chest and commencing her rise to skull-slicing queen of the Tokyo underworld (as portrayed by Lucy Liu). — Anna Silman 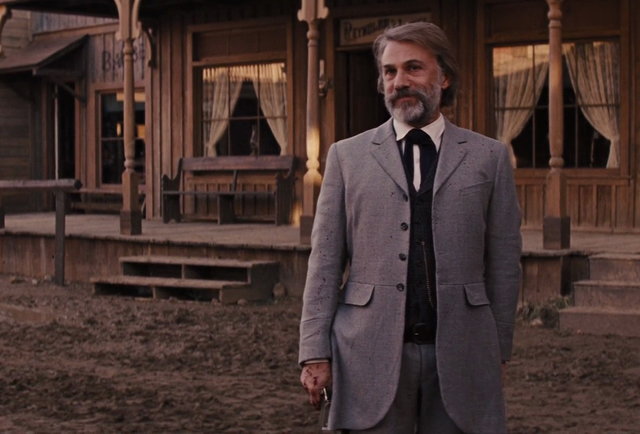 A dentist in a bowler hat wouldn’t hurt a fly, right? That’s what the Speck brothers thought before Christoph Waltz’s nice-guy version of Inglourious Basterds‘ Hans Landa rattled off a few shots into their craniums. As Django’s seen-it-all companion, the bounty hunter is the rare Tarantino character whose roaring doesn’t require fire-spitting. His brutality is formal and composed. He doesn’t see color, he sees dollar bills. — Matt Patches 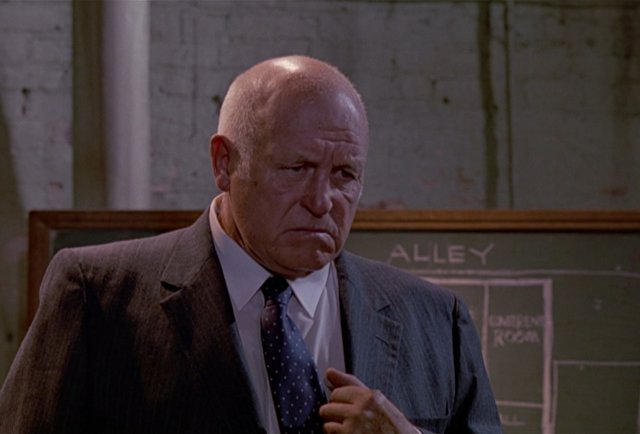 Woe to the outraged crew member who dares to request a more macho alias from this guy. If he says you’re Mr. Pink, then you’re fucking Mr. Pink, and there’s nothing you can say to change that. Joe Cabot — played by legendary character actor Lawrence Tierney, whose tough-guy work is well known to Seinfeld fans for his game rendition of “Master of the House” — doesn’t log much screen time in Reservoir Dogs, but one thing’s clear: he’s the boss. He’s also the only actor in movie history (sorry, Swayze) who’s convincingly uttered the line, “It’s my way or the highway.” — John Sellers 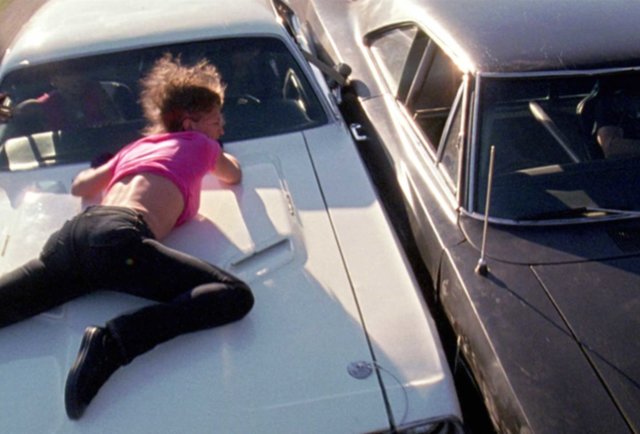 Originally Uma Thurman’s stunt double in Kill Bill, New Zealand multi-hyphenate Zoë Bell was rightly praised for her incredible physical feats in Tarantino’s scuzzy contribution to the ill-fated Grindhouse double feature. Her stunts are incredible: she rolls, jumps, andplays ship’s mast with the best of ’em. But what really makes her a badass is the casual, lived-in quality she brings to the movie’s long hangout scenes. By the end, you don’t want to run her off the road — you wanna buy her a beer. — Dan Jackson 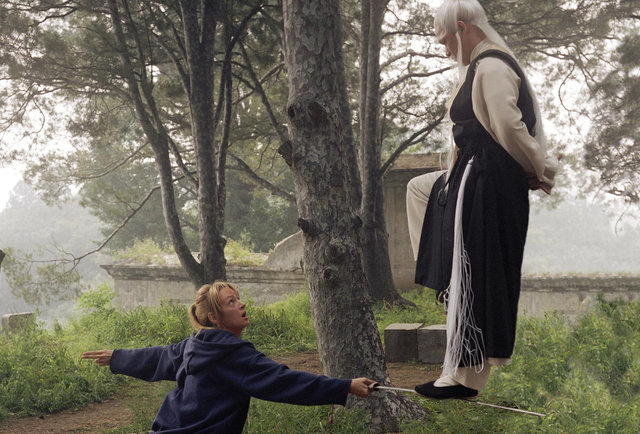 The master of wire fu delivers instruction like a battle cry. His hard-lined grimaces demand the jolt of a rigid camera zoom. His death stares punch harder than his plank-breaking fists. Played by Gordon Liu, he is the master, the only person who can whip the Bride into revenge shape, and Tarantino’s greatest throwback. The beard is almost overkill. Almost. — Matt Patches 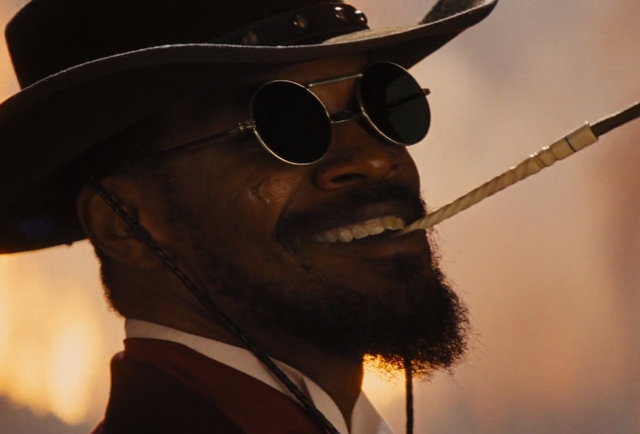 The stories around the hypothetical casting of Will Smith in the role will probably always hang over Django Unchained — apparently fans just can’t shake the image of the Fresh Prince riding into Candyland on a horse and bringing a little Wild Wild West magic to the QT-verse. That’s a slight to Jamie Foxx, who makes the character his own. He’s funny. He’s restrained. He’s righteous. In a movie where almost every other actor — cough, DiCaprio, cough — is turned up to 11, his subtle, tricky performance makes the bloodbath finale even more cathartic. — Dan Jackson 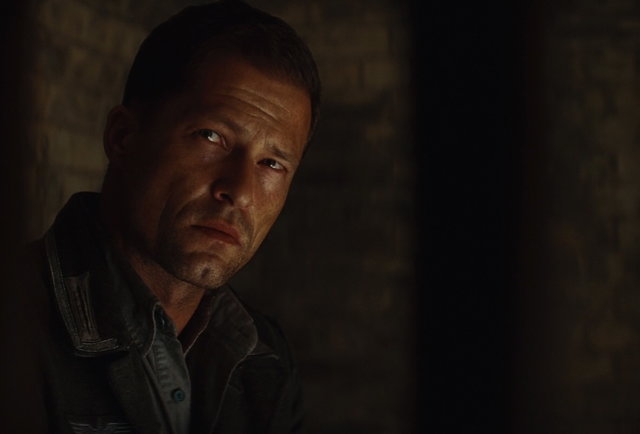 Tarantino wrote an array of personalities into his roving group of Jewish annihilators, but Stiglitz, portrayed by German star Til Schweiger, is the powerhouse. He stabbed, shot, and suffocated 13 Gestapo officers before becoming a professional “Nahzee killer” (as Aldo Raine would say). In Basterds‘ tense-as-fudge card-game scene, he goes down fighting, blasting the balls off one unassuming soldier. Sergeant Stiglitz kicks ass for moral reasons, but that doesn’t mean he has to do it without style. — Matt Patches 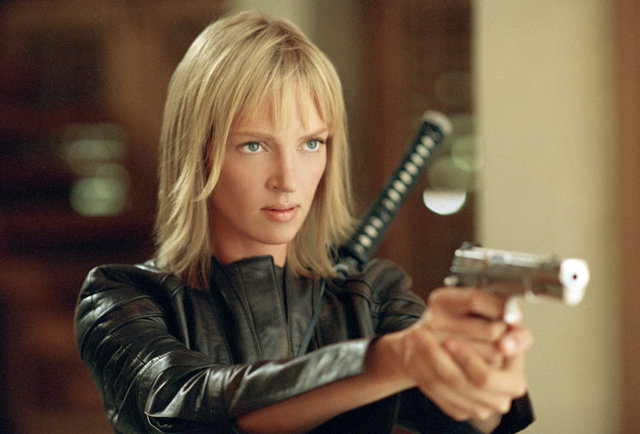 Armed with her Hattori Hanzo steel and an insatiable thirst for revenge, Uma Thurman’s blood-spattered Bride is an unstoppable force as she makes her way down her kill list:slicing and dicing a restaurant-full of Japanese assassins, surviving a bullet to the head, clawing her way out of a live burial, and vanquishing her former lover with five well-placed fingers to the heart. Armed with pithy catchphrases and a cool-as-hell look that spawned a generation of yellow-haired fans rocking yellow jumpsuits each Halloween, the Bride is not to be trifled with. — Anna Silman 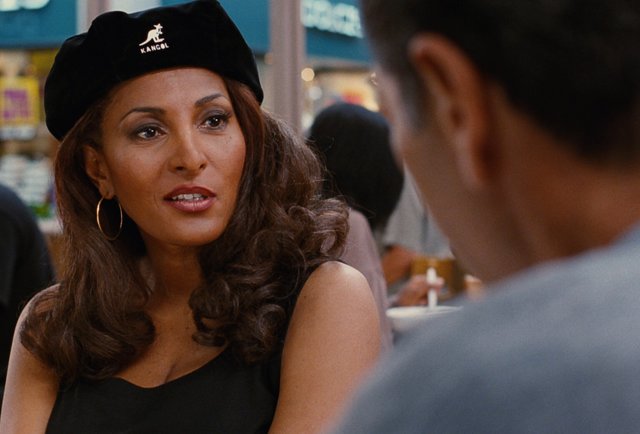 Badassery comes in many forms. There’s a tough-guy badass like Butch in Pulp Fiction, grabbing that samurai sword off the shelf and going medieval downstairs to rescue badass Ving Rhames. And then there’s a subtler, sneakier form of badassery best personified by Pam Grier’s titular character in Tarantino’s easygoing masterpiece. Grier doesn’t have a big samurai-sword moment. Instead, we get to watch a clever character methodically outsmart and out-scam a whole range of wise guys. Her performance shows off the secret weapon in every real badass’ arsenal: wit. — Dan Jackson 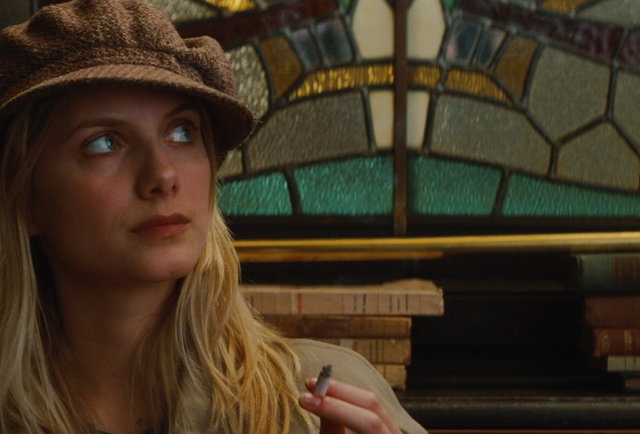 Many of Tarantino’s badass characters exist in a moral grey zone, but Mélanie Laurent’s Shosanna Dreyfus is the rare ruthless murderess you feel A-OK rooting for. Fleeing across a field after Colonel Landa (Christoph Waltz) murders her family, his haunting “goodbye Shosannaaaaa” echoing in her wake, the stoic beauty moves to Paris and transforms herself into a chic Parisian cinema owner. There, she hatches her revenge plan: to burn down a theater full of Reich leaders and kill Hitler. Her Nazi victims die as a massive projection of her face cackles at them on screen through the flames, a fuck-you farewell that outdoes even Landa’s sadistic adieu. Bonus: her ice-out of Daniel Brühl’s flirty Nazi should be textbook procedure for anyone pursued by too-agressive Tinder dates. — Anna Silman 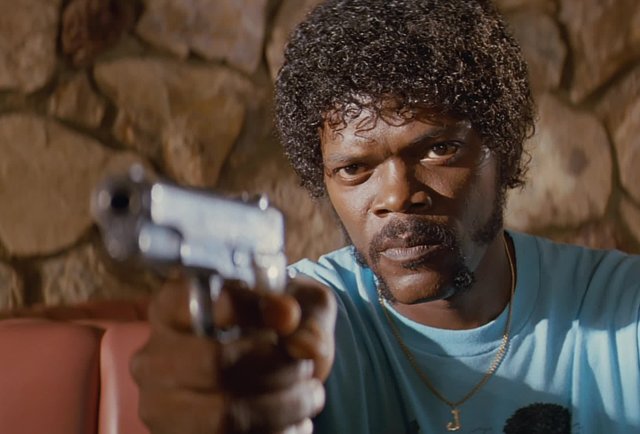 Being a badass isn’t just about having sideburns, a handful of catchphrases, and a cool wallet. True badasses have a moral dimension to them, a sense of justice that guides their decision-making along the path of violence and self-realization. It’s not enough to simply be vengeful — true vengeance must also be righteous. That’s what makes Samuel L. Jackson’s Jules the ultimate Tarantino badass. Yes, he kills people, quotes the Bible, and gives a fucking great foot massage. But it’s the final line of his monologue to Tim Roth towards the end of the film that reveals his true nature: “I’m trying real hard to be the shepherd.” And what’s more badass than a shepherd? — Dan Jackson