SCROLL DOWN FOR HIGHLIGHT VIDEO

MELBOURNE, Australia (AP) — Ronda Rousey was the UFC’s unstoppable force until Holly Holm used the former champion’s aggression against her to produce one of the sport’s biggest upsets.

Rousey chased Holm around the ring at UFC 193 on Sunday — looking for the right hold and taking head shots along the way — until Holm saw an opening 59 seconds into the second round and snapped a kick to the head that immediately dropped her more fancied opponent to the canvas. 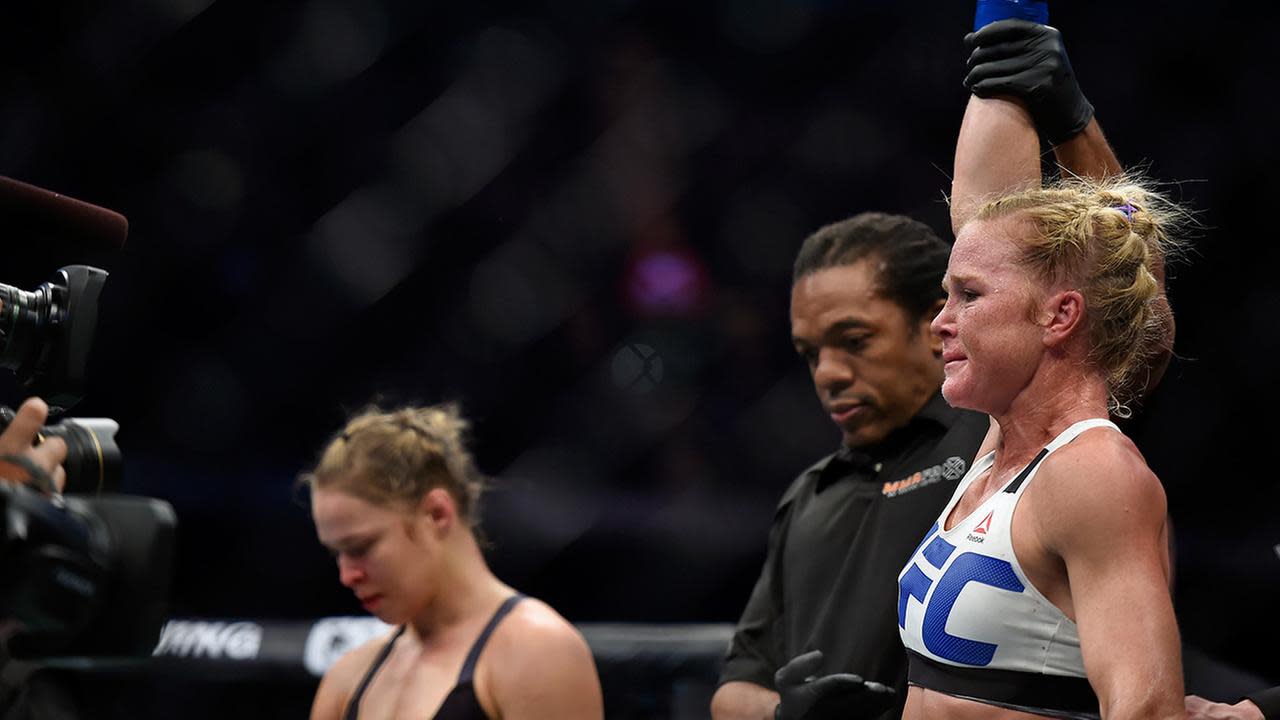 “She had me on the cage for a minute and obviously she was trying in for a takedown right there … she had a lot of things she was trying so I’m just glad I put in the practice,” she added.

Rousey, a former judo Olympian, was unbeaten through 12 UFC fights before meeting Holm, and a win would have been her seventh title defense. Instead, Holm, a 34-year-old veteran female boxer from Albuquerque, New Mexico, has the championship belt.

As a side note: Ronda Rousey Had Just Been Announced As An EA Cover Athlete

They call it the Madden Curse. Leading sports video game publisher EA puts an NFL star on the cover of its annual football franchise and then that star gets hurt or suffers some other bad fate. On Friday, EA announced Ronda Rousey as its cover athlete for its second UFC game. Whoops.

Seems her ‘plan’ worked after all.

WOW THAT WAS AWESOME THOSE LEFTS WERE GREAT.