There have been a lot of really stupid teen fads lately. From the imbecilic “Kylie Jenner Challenge” to the moronic “duct tape challenge,” but this latest teen fad taking place in Spain is peak idiocy.

Seriously, what the fuck, people?

“That’s not something I think teens should be doing.”

According to Barcelona’s Hospital Clinic – which is currently treating around 100 HIV carriers a day – the rise of ‘sex roulette’ has also been linked to a spate of other sexual diseases in the city; including hepatitis C, chlamydia, and gonorrhea. It has also been connected to the notable decline in the amount of young people who are concerned with catching HIV (stats reveal that 24 per cent of 15-25-year-olds are “not afraid” of the virus).

So why on God’s green Earth would ANYONE want to participate in such a dangerous sex game?

“Going to sex roulette parties is about the risk, partygoers think the higher the risk, the stronger the thrill,” says psychosexual therapist Kate Morley. “In the case of sex parties the intense high is as you combine orgasm with high adrenaline. However the high is short term and the long term consequences are dangerous as not only is there the risk of contracting HIV, but other harmful sexually transmitted infections.”

Whatever happened to just throwing a kegger and fumbling around in the back of your parents’ car? Is that not enough of a thrill anymore? Jeezus, kids these days. 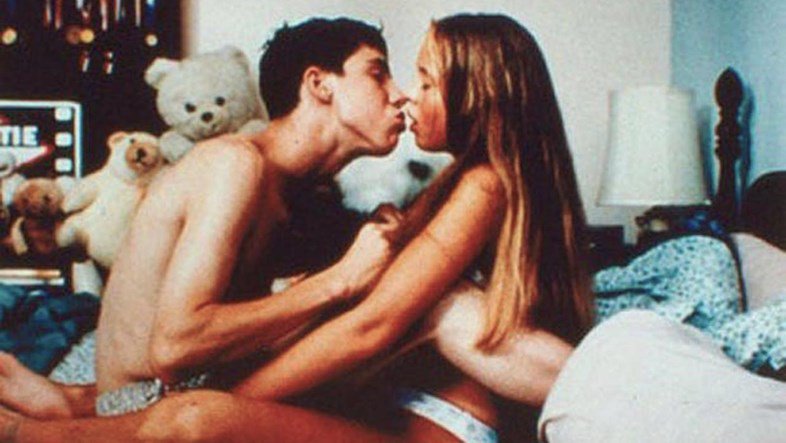 I hope this is a made up story.

How stupidly insane and disgusting. Grow up, Do they want to go through years of illness and physical decline, blindness, Cancer. What’s in their idiotic heads!