Possibly in an effort to prevent us from moving to their country when that guy from the Plaza lobby in Home Alone 2 is our president, two Canadians did a dangerous thing. They created Peeple.

Peeple, which launched yesterday, is “an app that allows you to recommend and be recommended by the people you interact with in your daily lives” in three ways: personally, professionally, and romantically. It has been marketed as “Yelp for people.” Though no one is really on it, pretty much everyone is sure they already hate it. When the app was announced last fall, the entire world seemed to rise up and revolt. And so the founders pivoted slightly.

To be fair, there are some misconceptions being spread, most notably that any anonymous person can create a profile and go slander your pristine romantic reputation. As of now (in small font above the FAQ, Peeple has one of those terrifying qualifiers, which says they “reserve the right to change any features in their app now and in the future”), you need a Facebook profile that’s been active for six months and a cellphone to create a profile.

But even if you’re planning to play a long-con game and create an alternative Facebook profile and get a burner cell in order to go on the app half a year from now and tell everyone about that weird thing your ex does in their sleep, that doesn’t matter, because all “recommendations” have to be approved by the person you’re talking about.

What all this means is that Peeple is not quite the character assassination forum everyone assumed it was going to be. Yet. But it could certainly turn into that, because, as it stands now, the site isn’t going to work. Here’s why. 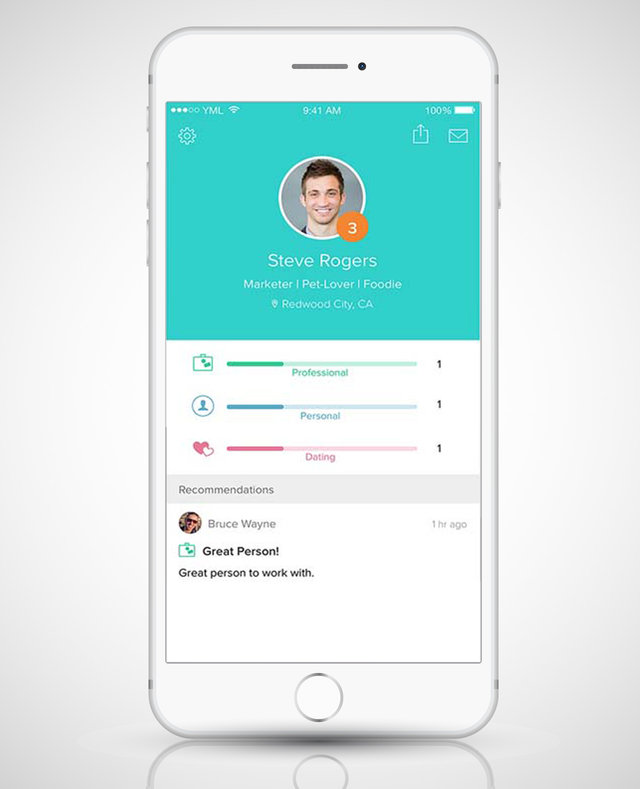 Take the dating section. People (er, sorry, Peeple) are expected to write recommendations for someone they’ve dated, which then have to be approved by the person they used to date. Anyone who’s currently married or seriously dating isn’t going to do this, because that would be lame and strange. But the idea that your ex-boyfriend or -girlfriend is going to take the time to recommend you in a way that you find appropriate so that you can find a new boyfriend or girlfriend is ridiculous.

When couples break up, they each carry a trove of secrets about the other person, but — in some sort of eternal Cold War-esque dating pact — they usually both agree not to publicly reveal those foibles to others, because that would mean the other person would publicly air their faults as well, and mutually assured social destruction would ensue, and everyone would move back into their parents’ basements and be alone forever. But even if you’re not revealing anything horrible on the app (and you can’t! Because they’ll delete it!), you’re likely not eager to give any sort of glowing rec either, because you most likely either broke their heart, or they broke yours. Although I am looking forward to reading a bunch of weirdly passive-aggressive dating recs packed with double meaning and subtext.

The personal recommendation side suffers from a similar, if slightly altered issue. First off, what is the point of a personal recommendation? Is it for the person to gain more confidence and feel better about themselves? Is it a savvy wink back at the old Friendster testimonial page? A useful place to quickly find character witnesses should you be accused of a crime? Although the dating section is flawed, at least we know the end game: to get other people to date you, somehow. So does this mean the personal section is there to encourage other people to be your friends? Are our lives really that sad now that we need public confirmation of our own personalities? Aren’t our public Internet lives already fucked up enough?

The only part that seems to make any sense is the professional side of things, but that’s basically creating an app out of one section of LinkedIn recommendations mashed together with some of the better parts of Angie’s List. But, as I was alluding earlier, the truly scary thing is NOT if this just evolves into a focused community of people recommending good electricians, but if, like most well-intended things put forth to the Internet masses, it’s eventually overrun by the ugliness and the trolls.The founders have already left this shift on the table, telling the Calgary Herald that, next month, they plan to launch a paid version with a “truth license” that will let paying users see all reviews written about a person, even if they weren’t approved and aren’t positive. And though they fail to see the irony in creating a free “positivity app for positive people” that offers money spenders an addicting taste of negativity, let’s hope that if the app fails in its current form, they don’t go to the Dark Side and force everyone to consider what happens when the person they’re dating is just two clicks away from opting for the public nuclear option at any moment.

The Truth License — a way to buy access to negative reviews

The concerning aspect to Peeple is that it’s considering offering access to these hidden and negative reviews as a paid subscription.

Called the “Truth License,” Peeple says that paying users would be able to read anything that has been written about a person, whether or not the person published the reviews on their profile.

Or, to sum up: Peeple’s plan is to profit by selling access to everyone’s negative reviews.

Co-founder Cordray clarified to TechCrunch that the Truth License is not actually live, but is something the company is “considering” as a future feature alongside other in-app purchases like in-app search credits, gifts and personality testing.

That being said, the fact that it’s on the table at all — and promoted in the company’s press release — should give users pause for concern.

Not only that, but the company doesn’t seem to have a solid plan to proactively prevent cyber bullying through the service. Its terms apparently prohibit things like “profanity, bullying, health references, disability references, confidential information, mentioning other people in a recommendation that you are not currently writing a recommendation for, name calling, degrading comments, abuse, derogatory comments, sexual references, racism, legal references, hateful content, sexism” and more.

But Peeple’s Terms are hard to read, as they’re only linked to in the app itself, and are several pages long. But this snippet should give you an idea of what Peeple is really up to, noting that:

“Once Content is published it may not be able to be removed,” and that by joining, “you hereby irrevocably grant to Peeple the continuous, non-exclusive, royalty-free right to use your Content for any purpose whatsoever and in any format. These rights shall be assignable, transferable, and licensable by Peeple.”

In practice, it doesn’t seem that Peeple plans to actively police users on the service, either. Asked what Peeple would do if someone violated the terms by creating a fake Facebook account (that is, for the sake of publishing negative reviews without being associated with them directly), Cordray responded that the fake accounts would be removed.

But, she added, “keep in mind we ask for your help in combating this by reporting and blocking users.”

And let’s remember that to block and report users, you have to be a user — which mean you’ve agreed to Peeple’s terms.

In short, it appears the plan is to reactively handle abuse claims, much like larger social services like Twitter do (and struggle with) today. But for a service that involves providing a blank slate for the sole purpose of letting users write people recommendations, not having some basic, automated moderation system in place to at least block profanity and other keywords is either a glaring oversight or an intentional (and callous) decision.

If the latter, it’s likely one that’s designed to beef up the company’s private database of bad reviews marked for sale.

I mean, this whole thing is in such bad taste that even though the app is live, it’s hard to believe that we’re still not being trolled here somehow.

(Unfortunately, it’s impossible to test the app without agreeing to Peeple’s onerous Terms, so we chose to opt out. Though a fake Facebook account would allow for testing this app safely, creating that account would violate Facebook’s terms, which we are declining to do.)

One possible spot of hope is that Apple has a policy against apps that promote harassment (i.e. Section 14.1 of its Review Guidelines), so it’s possible that the company will actually step in at some point to ban Peeple from its App Store.

Peeple is live on the iOS App Store for the time being.

THE CONTROVERSIAL APP ‘PEEPLE’ JUST LAUNCHED. WILL THIS NEW ‘YELP FOR PEOPLE’ ACTUALLY RUIN YOUR LIFE?

One reply on “THE CONTROVERSIAL APP ‘PEEPLE’ JUST LAUNCHED. WILL THIS NEW ‘YELP FOR PEOPLE’ ACTUALLY RUIN YOUR LIFE?”