While it took years for World War I and World War II to end with horrific consequences the present condition of world is presenting similar stories that have occurred before World War II. This theory is taken seriously by numerous people and other just treats it as a joke. These theories and conspiracies together create terror, fear and delusions. But pondering over the last few decades and reading about the previous World Wars creates chaos and confusion among people the signs are definitely there. An aura of doom is generated by them and raises questions like where this world is going?

There hasn’t been a common element between the World Wars except the economic collapse. When the World War started a number of countries were faced with economic destruction. Similarities are appearing the same way as Western countries are faced with the economic breakdown. Countries like US are in great debt and China can pay off its debt and become more powerful than US and use other money to build their military just the way it happened decades ago which was a start of World War II.

China emerging as a superpower has recently showed quite unfriendly relations with its neighboring countries. With its massive army and latest technology equipment’s it is not a hard task for China to start any war with the United States and Taiwan, the countries with China has shown uneasiness with.

Over the years terrorists have taken over Pakistan and this country is lagging behind everything. The neighboring countries are aware that Pakistan is a nuclear power country and if the terrorist take over it may destroy the whole world peace.

7. Clash of the Senkaku Island

There are many other countries preparing for the World War III. We all are aware of the fact that wars do not start abruptly, a thousand factors lead to it. The conflict is between the Senkaku Island locates in the East China Sea. The dispute is between China and Japan who both claims to own the Island. There were fishing issues between China and Japan which resulted in an agreement that both of the countries will fish along the side of the Island. A conflict of the possession of an oil field comes along as well.

The Crimean invasion along with replacing the mayor forcibly by a Russian citizen clearly shows what Russia is capable of and what his intentions are. The conditions prevailing in Ukraine shows that any spark can ignite a fire of World War III by the superpower country Russia.

The Middle East countries include Egypt which is one of the powerful Muslim countries with not very good relations prevailing with Israel. This country is bondage of all the Muslim countries. Their conflicts with Israel are increasing day by day each other which everyone around them hears. These conflicts are predicted by numerous neighboring countries that they may result in the World War III.

4. US Bound by Law to help the South Pacific Countries

A war only begins when the US gets involved. So the US has announced that in any war the US will be with Japan if China attacks on Japan. With 50% of US’s army in the naval it is indeed a powerful country. US have also agreed to help the Philippines because of its position in the Naval and also because of the 1951 Mutual Defense Treaty which makes US legally bound to help the South Pacific countries.

China’s announcement of the air defense zone on the East Sea China which was solely for them was a shock to the entire world and its neighboring countries including Japan, Taiwan and South Korea, because along with Japan these countries had a claim on that air craft. China’s newly created air craft was on the Senakaku Island a long disputed island between Japan and China and China decided to throw Japan out of the territory now. So if a war broke between these two countries it could involve other countries as well. South Korea started developing their own airspace just to get out of the dispute because it was clear that several disputes were now developed between these two countries and they can explode at any moment. 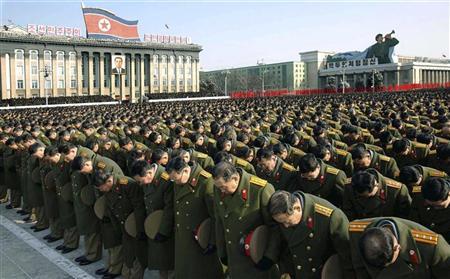 North Korea was not a threat to the neighboring countries until it started firing missiles on South Korea and the worst part was there was no particular reason behind the suddenly developed antagonism. It is clear that Japan and South Korea are the main targets but it is obvious that the long missiles of North Korea can reach up to US as well. US has assets in both South Korea and Japan and this is the reason US has started building its army in the Pacific to face any war coming in their way. North Korea is now building a nuclear arsenal and there is no way they could let a nuclear war happen without participating in it equally.

About thousands of Russians troops forcibly stepped in on the airports of Crimea, Ukraine on February 27, 2014. This invasion created tumult and pandemonium as Ukraine has always been the particular point of attack by the Russians. Before the invasion of the Russian troops Ukraine had already began to go deep into the crisis. The Ukrainian president of that time took a $15 billion loan from the Russians which resulted in unrest in Ukraine as the public wanted to have arrangements with the rest of Europe not only Russia
The Ukrainian president sought a place in Russia and the Russians appointed a Russian mayor in the government house forcibly. Thus the Russians were making their way through into Ukraine.
Source